Updates made to the Mandalika track for this weekend’s Indonesian Grand Prix are a stopgap measure designed to negate the worst of the issues that plagued last month’s MotoGP test and to make sure the race can go ahead.

The new venue will nevertheless still require a full resurfacing once the race weekend is complete to bring it up to the promised MotoGP specification.

That is according to Doctor Campbell Waddell, the engineer hired to join the project at the last minute and attempt to repair problems that he says threatened the viability of the inaugural race after MotoGP’s first – and so far only – chance to ride at the new track on the island of Lombok in February.

The main problem at that time was stones coming loose from the surface, with The Race exclusively reporting that an incorrect specification of stone had been added to the asphalt used in the original construction of the track. 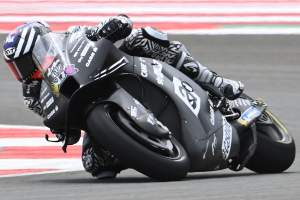 It was softer than specified, and meant that the aggregate stones that made up one component of the surface didn’t bind to the bitumen, which acts like a glue. That allowed the MotoGP bikes to rip the track apart and fire stones out towards riders behind, leaving a number with cracked screens and visors and impressive bruising.

An emergency operation had to be put in place to try and repair the damage just so this weekend’s inaugural race could go ahead, and has resulted in a herculean effort to have one third of the track resurfaced in time for the race.

“There’s been a collective effort to do the best job we can in the time we had,” track consultant Mark Hughes explained to The Race. 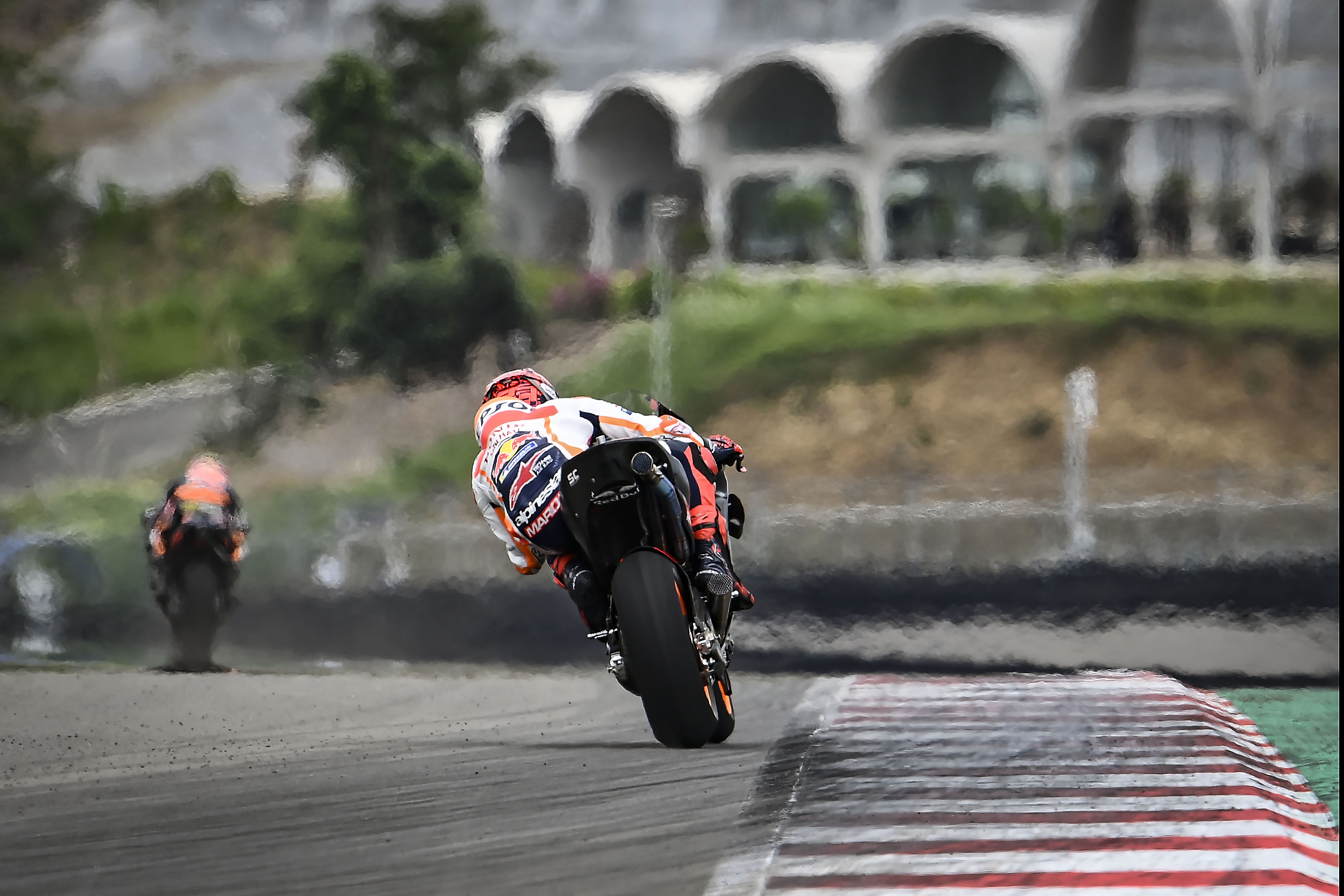 “Between the test and now, it’s been four weeks, and the challenges we’ve had are big. We’re on an island, with limited resources, so organising all the plant and equipment had to come from Jakarta.

“It had a police escort to the port, it came off the runway project at Jakarta’s second airport. One of the challenges was trying to get the right equipment here to build a race track, and they mobilised what they could.

“Collectively, we’ve created the best surface we can to get us through this weekend, with the anticipation that we’ll resurface the entire track after the race anyway, because a big chunk of it is still the original asphalt.

“We had the time and resources to resurface 1.6 kilometres [one mile], which was the worst 1.6km. Dorna asked us to focus on that area, we managed to achieve that, and we have the asphalt that we wanted, and the quality will get us through the weekend.”

As the equipment was only one of the hurdles to overcome, it was not possible to repair the entire track time for the race, with the lack of easily available raw materials and skilled equipment operators far bigger issues to address. 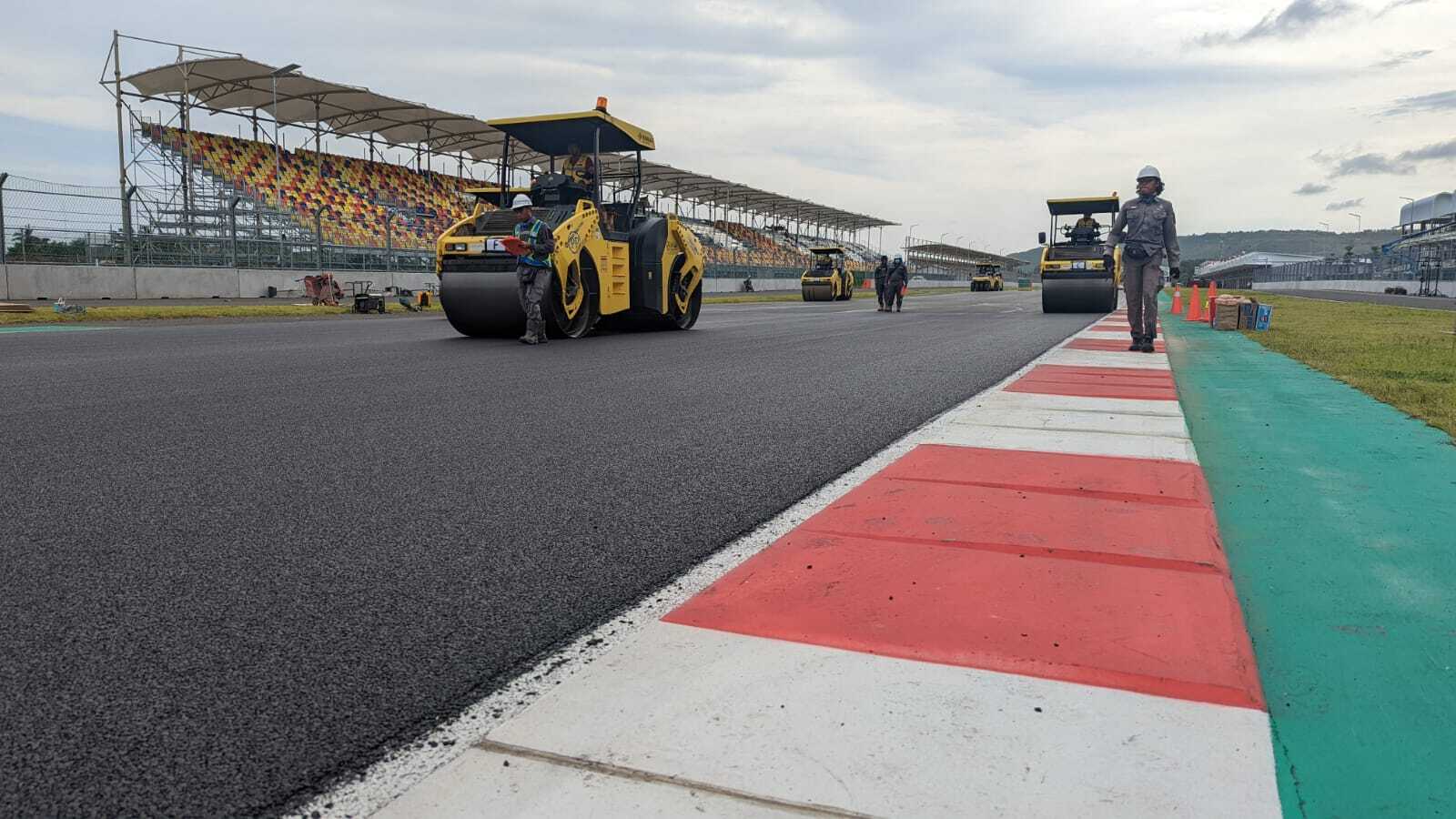 “There were challenges at short notice in getting material and equipment onto an island in what is an aspiring nation,” added Waddell.

“The quality levels and the expectations are very different here to countries in Europe or America, which makes things even more challenging. What we did when we arrived was try and work with what we had. We used existing asphalt mixing plants, which were suboptimal for what we’re trying to do, and that means we had to make compromises.

“First of all, we had less than a week to try and put in place a simple quality system at the mixing plants owned by [state-owned construction company] PP and with the paving crews. We had to try and change a culture in a very short period of time. 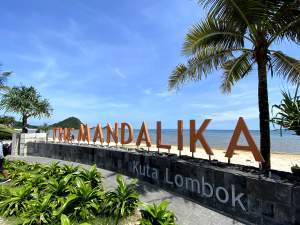 “We had issues getting appropriate materials too. The aggregate which was used initially was from another island, and is Indonesia’s best source. It’s 800km away and took five days to arrive in a barge, but unfortunately the quality of that was not what it should have been and we had to look for another source at the last minute.

“We ended up using local aggregate from a quarry in East Lombok, and it’s not perfect but it’s good enough. It’s the best we could get to get us through. We had to do a lot of work with it to get into the best position possible.”

The end result is that the surface that will be raced on this weekend, while considerably improved from that of the race, is far from perfect. One complaint likely to be heard in particular from riders is how the previously smooth track is now considerably bumpier where it’s been resurfaced. 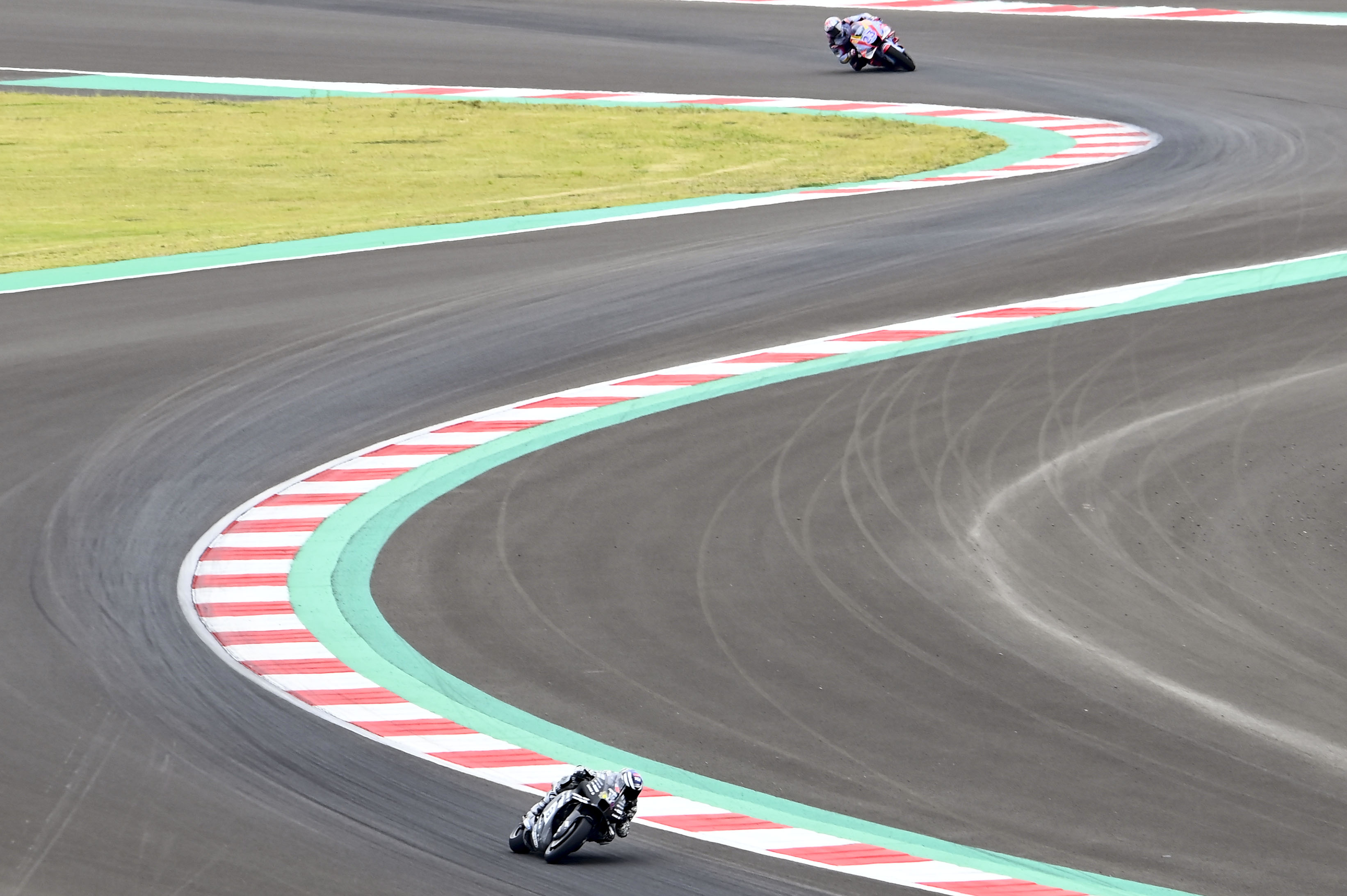 But with the promise of a full resurfacing to come after the race, the team are confident it is good enough to see out this weekend’s action.

“We know it’s not perfect,” admitted Waddell, “and there will be some smaller bumps and issues with it, but it’s the best possible job we could have done in the time we had.

“The PP crew that we worked with, the guys on the ground, are really keen to listen and learn, but we didn’t have much time to work with them. 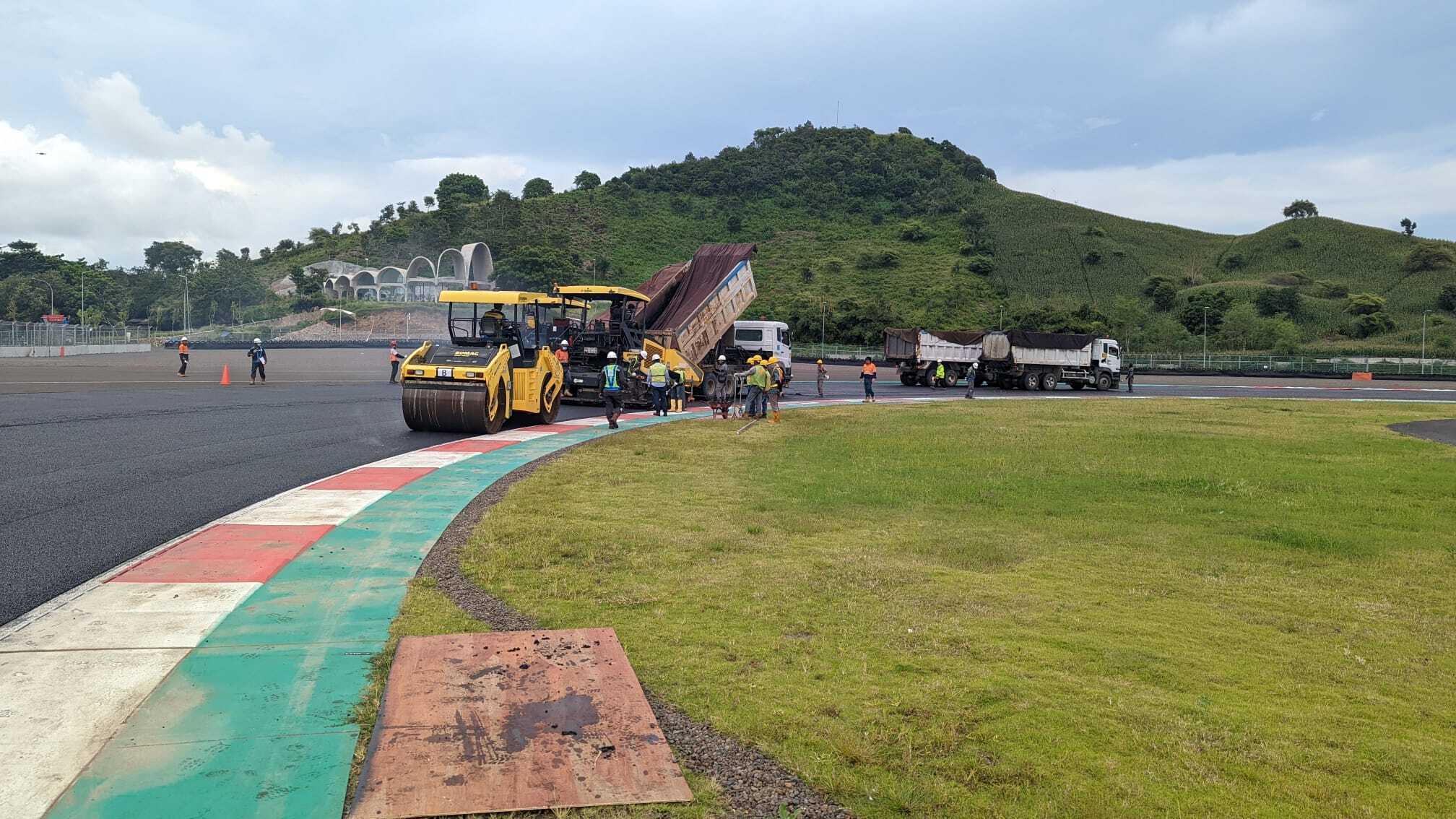 “If we’d had a few more weeks then we could have really worked with them. They did their best, they really tried, but we’re working with sub-optimal paver machines as well. It’s not perfect, but it’s good enough to get us through the race and should hold up to MotoGP bikes.

“Two weeks ago, we essentially weren’t having a race – that’s how close it was. There have been a lot of long, hot days since then. We hit 44C one day with 180C asphalt coming out of the pavers!

“It’s about doing the best for the Indonesian people and giving them the race they deserve. What happened was unfortunate, but we were essentially hamstrung by COVID. It just made things worse, but everyone has pulled together and put a lot of work into making this happen.”