KTM motorsport boss Pit Beirer has acknowledged his marque is in conversation with three riders from rival teams for 2023 MotoGP rides – and confirmed that a Tech3 demotion for works rider Miguel Oliveira was a possibility.

Oliveira, who was brought into MotoGP with KTM’s satellite team Tech3 before being promoted to the works line-up in 2021, has won a record four races for KTM but has also been erratic in form compared to team-mate Brad Binder. 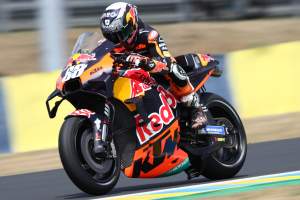 And with top names potentially on the market, German publication Speedweek has reported in the lead-up to the Italian Grand Prix at Mugello that Oliveira was facing a likely move back down to the Tech3 line-up for 2022.

Speaking to MotoGP.com during free practice at Mugello, Beirer didn’t go as far as confirming that – but did acknowledge it was a possibility.

“We had internally this discussion and it’s not that he’s confirmed for Tech3 but I told him we are talking to other riders and we want to be really open, a little bit later into the year, to decide which rider will be there,” Beirer said.

“And there is a chance also he can move over to Tech3. And that’s all I told him. And I told him to be aware of this.” 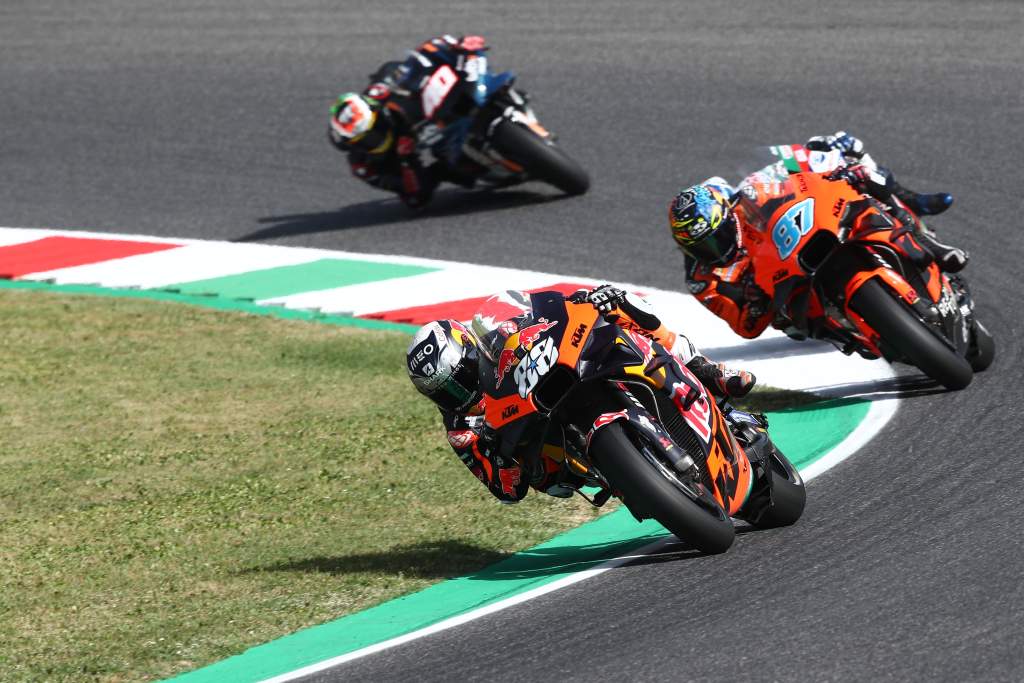 Beirer said he “didn’t want to use an option” to bind Oliveira to Tech3, suggesting either an option in Oliveira’s existing KTM contract or one in any deal KTM would offer him for next year that would leave the marque free to place him in either of its MotoGP squads – like title sponsor Red Bull does with its contracts in Formula 1.

“I told him clearly KTM will make him an offer, we want him to stay a KTM guy but there could be the option, he must be open to be on one of these four spots,” Beirer said.

“That’s all I told him – and he was not super happy with this information.

“On the other side I saw I got a really good response with him saying he wanted to stay with KTM, so from our side he is and he will stay a KTM rider.”

Asked whether he could confirm that KTM was in talks with Ducati’s Jack Miller, Honda’s Pol Espargaro and Suzuki’s Alex Rins, Beirer said: “Yeah, I mean I basically just can confirm that we are talking to the guys we mentioned, which is also still an honour for us, to say ‘OK, the good guys are looking at us and we are talking’ – and that’s the situation at the moment. 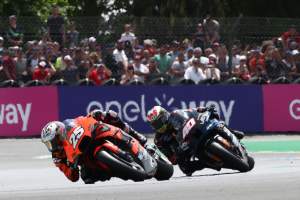 “Looks like the market is quite open, many things happening in the paddock – it’s time to stay on it and try to get the riders’ package together for the future.”

With uncertainly not only over the future of Oliveira but those of Tech3 rookies Raul Fernandez and Remy Gardner, it could be that KTM could look to accommodate more than just one of the aforementioned three names.

Beirer concluded that KTM will “have to wait a couple of weeks, I think, to finalise a complete line-up”.