The MotoGP paddock had a lucky escape ahead of action commencing at this weekend’s Japanese Grand Prix at Motegi, as a fire which broke out in the Marc VDS team’s garage late on Thursday night was quickly extinguished by some of its former premier class rivals.

Thankfully, due to the late arrival of freight from the previous round in Spain last weekend, both the Suzuki and Aprilia MotoGP teams were still working in their garages either side of the Belgian Moto2 squad’s box when the fire was first noticed by an Aprilia mechanic, and the two teams sprang into action to prevent what could have been catastrophe for the series. 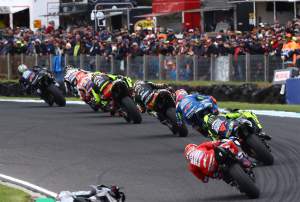 The fire started when heavy rain hit the Motegi paddock around 7pm on Thursday night, with water getting into the Marc VDS garage and landing on a live battery charger.

It exploded with a bang that initially alerted the Aprilia pit, and the charger let off sparks that then set nearby material on fire.

The Aprilia team then kicked down the front door of the Marc VDS box and members were able to enter with fire extinguishers to tackle the blaze, while Suzuki’s mechanics made sure that the team’s Kalex Moto2 machines were safely moved to pitlane before the fire could damage them.

And, with the Suzuki team then remaining behind in the paddock afterwards to help Marc VDS repair the damage and rebuild its garage, the team was quite remarkably able to confirm within a few hours that it would be ready to compete in Friday’s delayed FP1 session at the Japanese circuit.

Big thanks to the Suzuki Motogp boys to help us to clean and rebuilt our pit-garage pic.twitter.com/IDyEUEXooy

“After extinguishing the fire in the garage, proper inspections showed that the fire started when some rain water entered the garage, and got onto the floor, where it caused a short circuit in a charger,” said a Marc VDS statement on social media.

“That in turn let off some sparks, which then quickly grew into a fire.

“Fortunately, due to the amazing job done by all the paddock people that were there, the circuit security and circuit firemen, damages were thankfully kept to a minimum.

“The Elf Marc VDS team wants to publicly thank the work and huge help provided by all our paddock colleagues with a special mention to the Suzuki MotoGP team who worked with us to clean and rebuild the garage as if it was their own.” 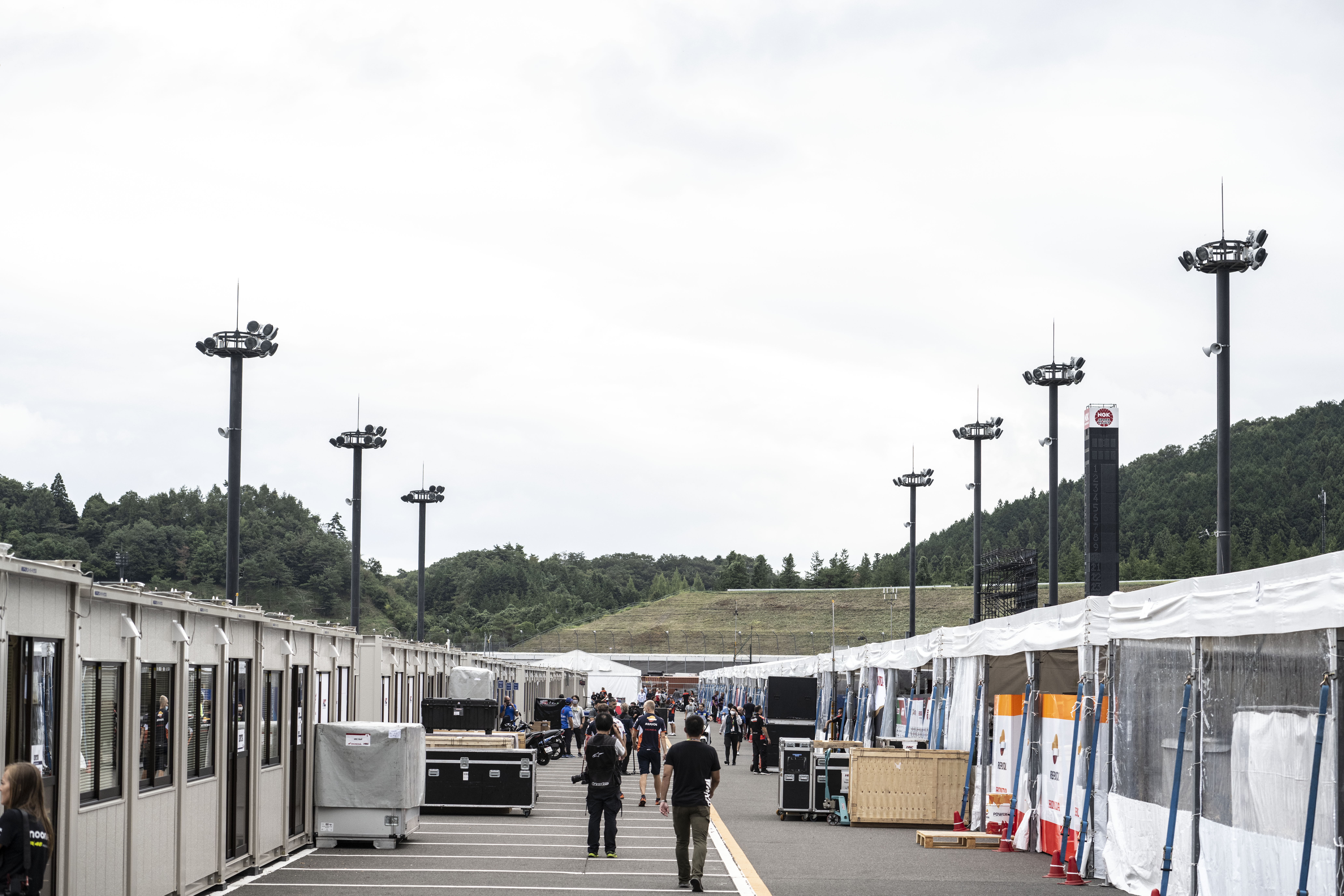 The close call has raised awareness of the potential for disaster that such fires could cause in the paddock, with multiple teams querying what would have happened had the flames broken out a few hours later when all teams had already returned to their hotels for the night.

Like most pitlane garages in motorsport, the Motegi pit boxes are not equipped with sprinkler systems.

The synthetic carpets used by teams to floor the boxes are a particular cause for concern as a medium for spreading flames rapidly.

What could have happened had the flames not been noticed and been able to spread up and down the pitlane doesn’t bear thinking about.