How Honda missed out on a shock Barcelona MotoGP win

Reigning champion Honda is still win-less after eight rounds of the 2020 MotoGP season.

And given its plight in Marc Marquez’s absence, it’s been largely written off as a victory contender until he returns.

But at Barcelona yesterday, it had the race pace to win.

It came from LCR’s other rider Takaaki Nakagami and his 2019 bike.

“We had a great opportunity to win a race so seventh is nothing. I can’t explain how I feel, I’m so disappointed” : Takaaki Nakagami

Nakagami was left bitterly disappointed by Sunday’s Catalan Grand Prix, feeling like the opening three laps of the race denied him his best-ever chance of a MotoGP win.

Having qualified only 11th and made a slow start, he conceded nearly nine seconds to eventual race winner Fabio Quartararo in the opening 15 laps of Sunday’s 25-lap race, only to then find his pace in the second half of the battle and rally back to finish less than four seconds from Quartararo but down in seventh.

Running nearly half a second per lap faster than the podium battle for the final five laps of the race, it was a heroic effort to pull back the gap – but it was too little too late for Nakagami to realise his goal of a first podium or even race victory. 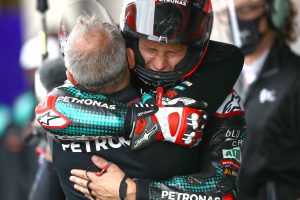 “At the beginning I didn’t have strong pace – I was a bit slow and couldn’t keep the pace,” he admitted afterwards. “But then I got into the 1m40s and was able to be consistent, but it was too late.

“I was quite comfortable and really fast – I was able to keep the lap times and the top guys were dropping a lot.

“I knew that I could keep it, I had the possibility for a good result. At the end of the race, I was absolutely the fastest man on track.

“I was very disappointed to end up P7, less than four seconds from the top. We had a great opportunity to win a race so seventh is nothing. 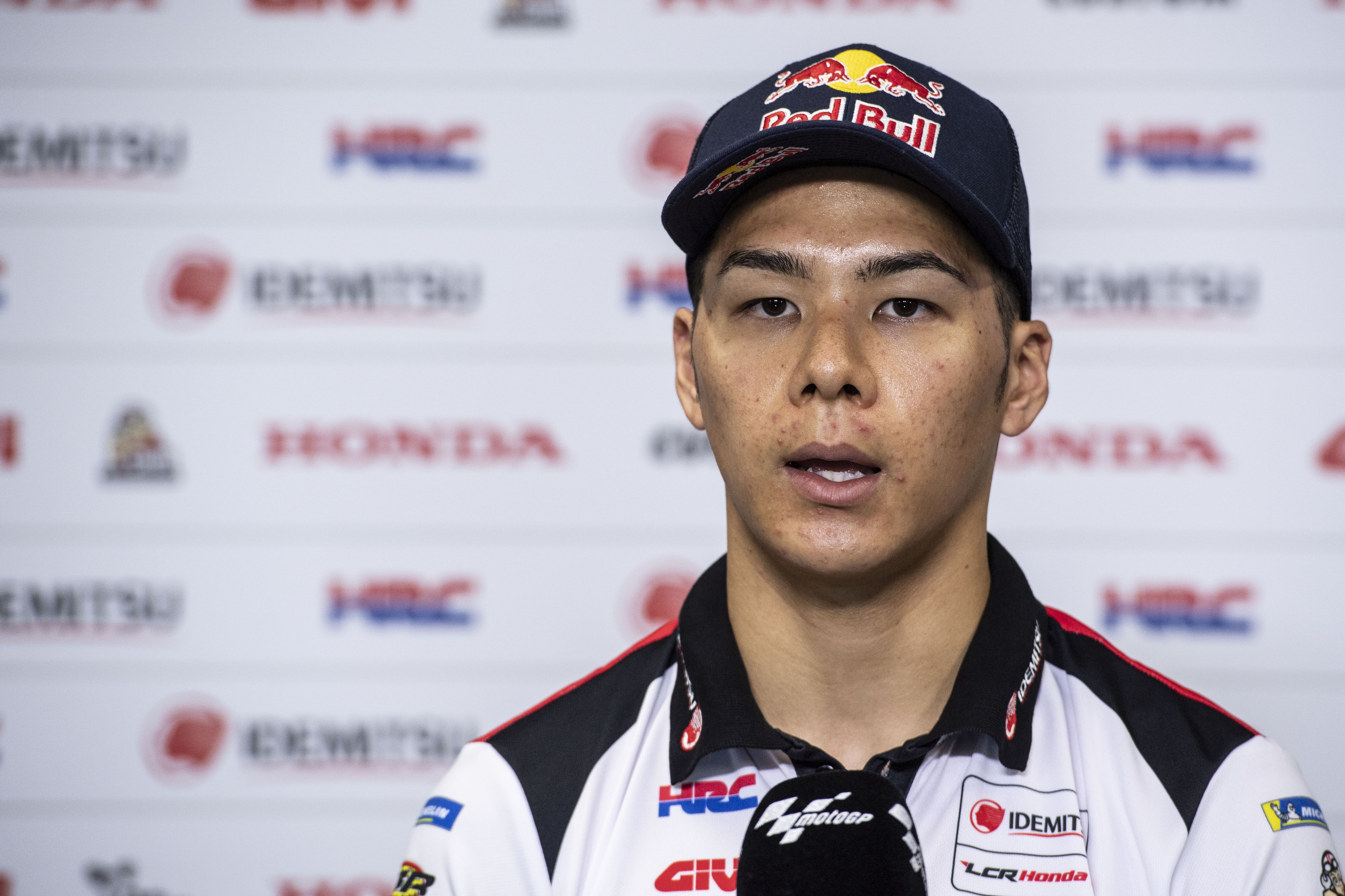 Arguably he could have been even further forward, too had he not fallen victim to a standard complaint among MotoGP riders: the difficulties of passing Ducatis.

Slow through the corners but wicked on acceleration and top speed, it’s a bike that can bog down the opposition in every single corner.

“I still had a lot of grip on the rear because I was able to manage it at the start of the race – but I was behind the Ducatis and I couldn’t overtake them,” said Nakagami.

“I was so fast mid-corner and they were a bit slow – you have to almost stop mid-corner when you’re behind them and then you lose the acceleration on the exit and I couldn’t even try to pass them.

“We need to find a way to improve because like this we’ll never get a podium. We need to make the bike stronger in the group, in the battle.” 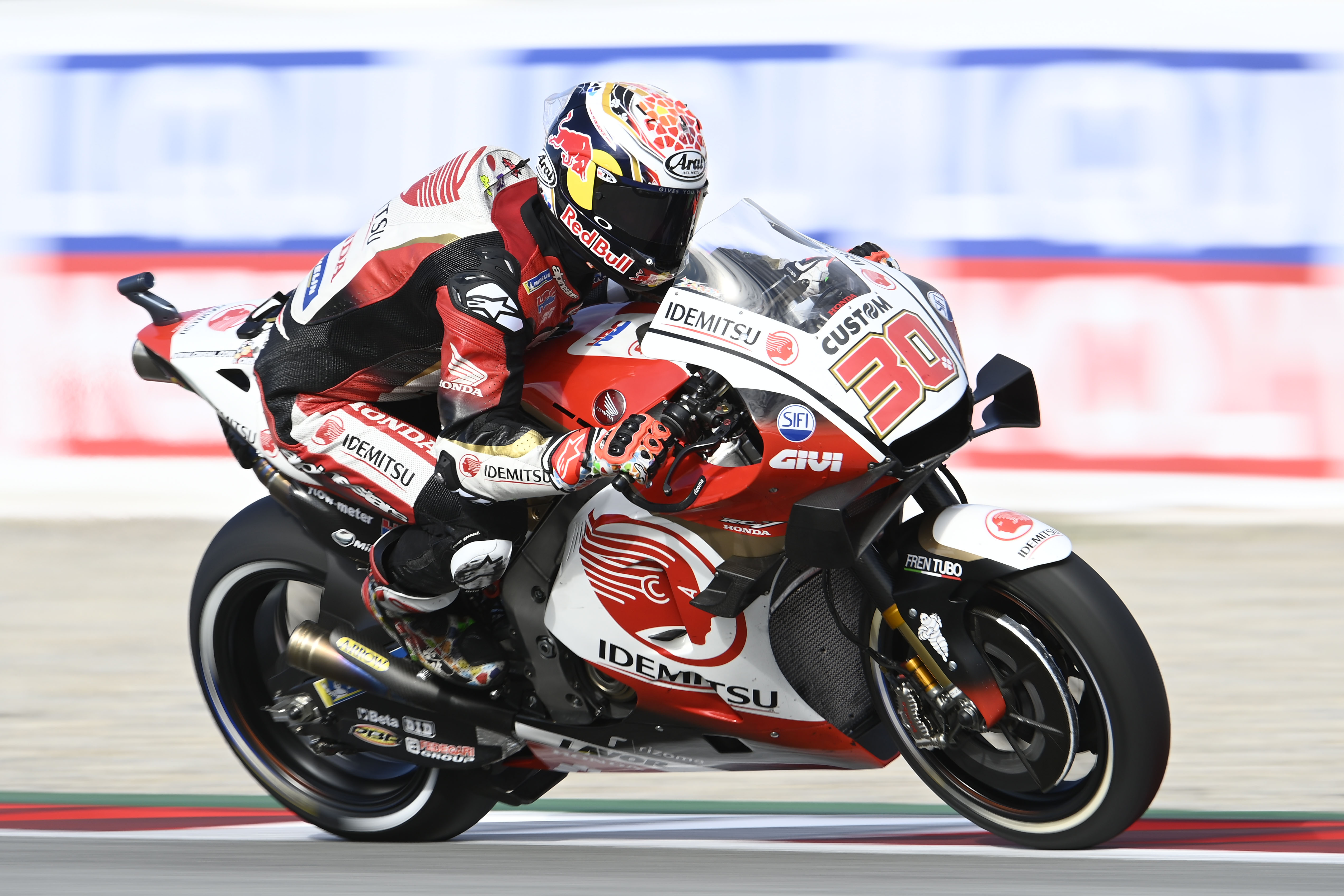 Another place where there needs to be improvement from Nakagami is qualifying. It’s now simply essential to a good result, only two of this year’s eight winners haven’t started on the first two rows of the race – with both Miguel Oliveira and Brad Binder coming from the top spot on row three for KTM’s wins.

Nakagami has only qualified inside the top 10 twice this year, and he’s aware that it’s an issue that he, LCR and Honda need to address – but one that’s made harder by their struggle to find a base setting with his 2019 Honda and Michelin’s new construction 2020 rear tyre.

“With the new rear tyre and our engine, it’s a bit delicate, especially on corner entry and braking – of course it depends on the track grip level, but the rear is always pushing the front and you have to delay everything.

“We still don’t have it set up by the race – we need another five days” :: Cal Crutchlow

“It’s always our first priority, and we’re only able to improve after that.”

That’s evidenced by his results this year, with MotoGP’s double-header races giving a unique chance to examine it.

Nakagami finished 10th at the opening race in Jerez but fourth a week later, sixth at the first Red Bull Ring round but running in podium contention until the red flags came out in race two, and improved three places in a week at Misano, hinting that once his team has got the time to dial in the bike, he can be fast. 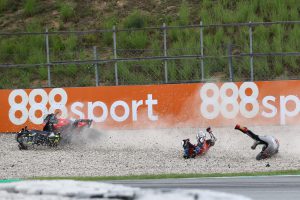 Dovizioso, Vinales down but not out in ‘crazy championship’
Read more

That’s a view backed up by his LCR Honda team-mate Crutchlow, who says that while there are some positives to the new tyre, without a base setting for it they simply don’t have enough time to be fast in qualifying and the race.

“When the grip is fantastic like it was in Misano last weekend, the Hondas all have a better race, but understanding it is quite difficult and it does take a long time to set up,” he said.

“Evidently, we still don’t have it set up by the race – we need another five days.”

There’s one thing that Nakagami can be proud and pleased of so far in 2020. The only rider to score points in every race of the unpredictable eight opening rounds, he’s taken a top 10 finish in each one. 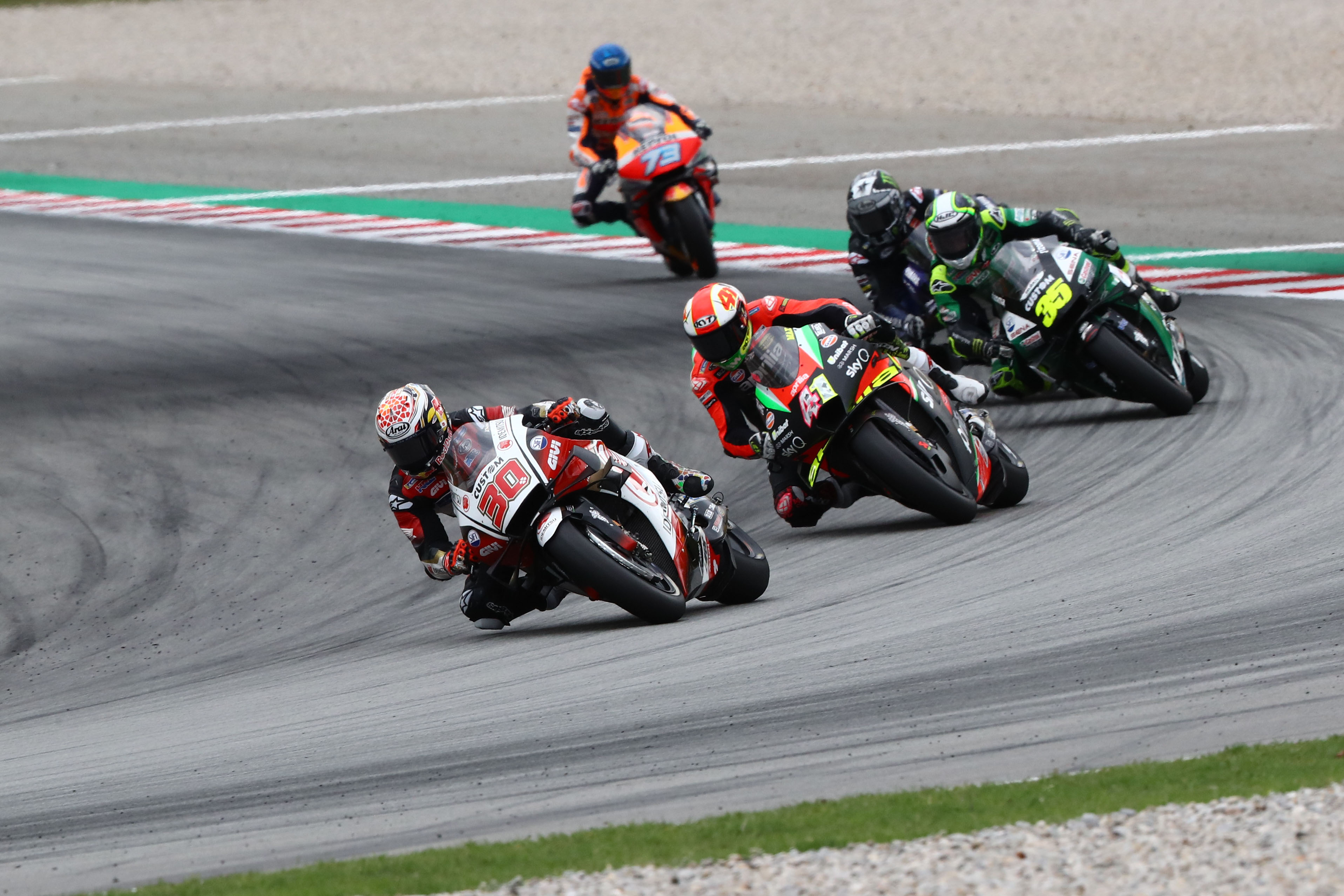 He’s scored every single constructors’ point for Honda so far and sits seventh in the riders’ championship, which he says is a small silver lining to an otherwise frustrating race at Barcelona.

“It’s really positive for me, but on the other hand I haven’t got on the podium. There was a big opportunity to win the race, but I finished seventh and I don’t know how to describe that feeling.

“In this kind of season, to be this consistent is really important though, and at the end of the year it’ll help me to be in a good position in the championship too.”