'He's a bastard!' - What Marc Marquez's return means for Alex - The Race
Skip to content
MotoGP

“I’m not happy. He’s a bastard!” might be the most unexpected take on Marc Marquez’s incredible return to MotoGP action after nine long months recuperating from serious injury – but if there’s one person on the MotoGP grid who’s allowed to tease the six-time champion ever so slightly after Sunday’s race, it’s little brother Alex, who came home just behind Marc in seventh and eighth respectively.

Portimao remarkably marks the first time ever that the two of them have completed a grand prix together, after Marc’s fall and subsequent injury in their first race as Honda team-mats last July at Jerez.

And while it might have been an incredible performance for the returning eight-time world champion, sibling rivalry nonetheless left Alex jokingly irritated about his performance. 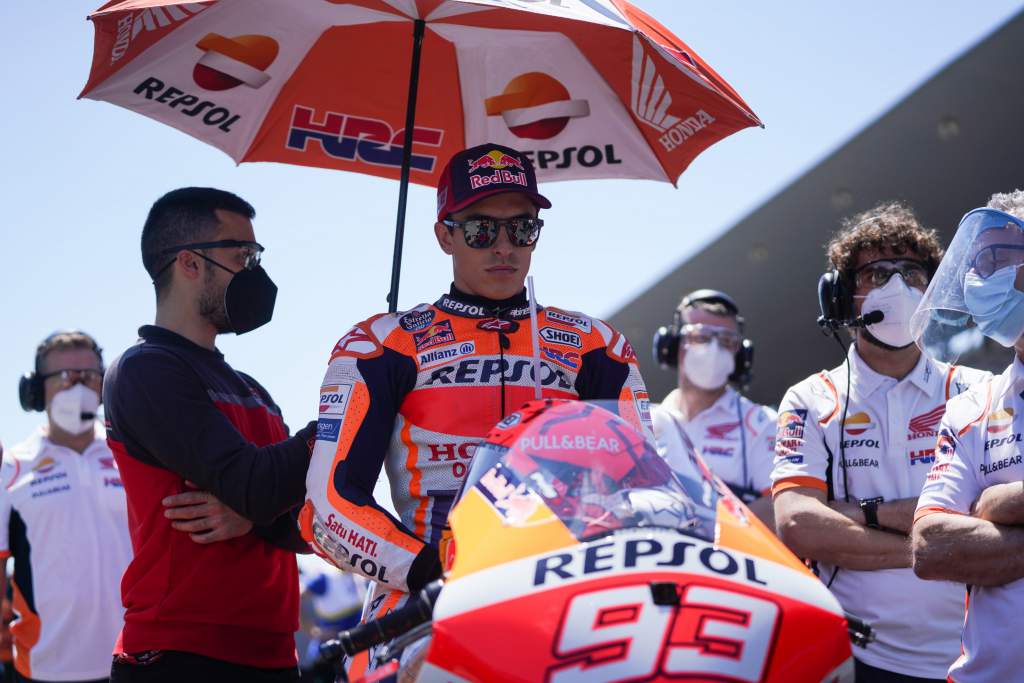 “He beat me in our first race!” the LCR Honda rider laughed. “I spent all the race behind him saying ‘fuck!’

But family rivalries aside, it’s good news for Alex to have his big brother back racing, thanks to just how close the relationship between the pair is.

They grew up together, started racing together, shared a bedroom until Marc was Moto2 world champion, have just built a house together and live in the same motorhome during race weekends. 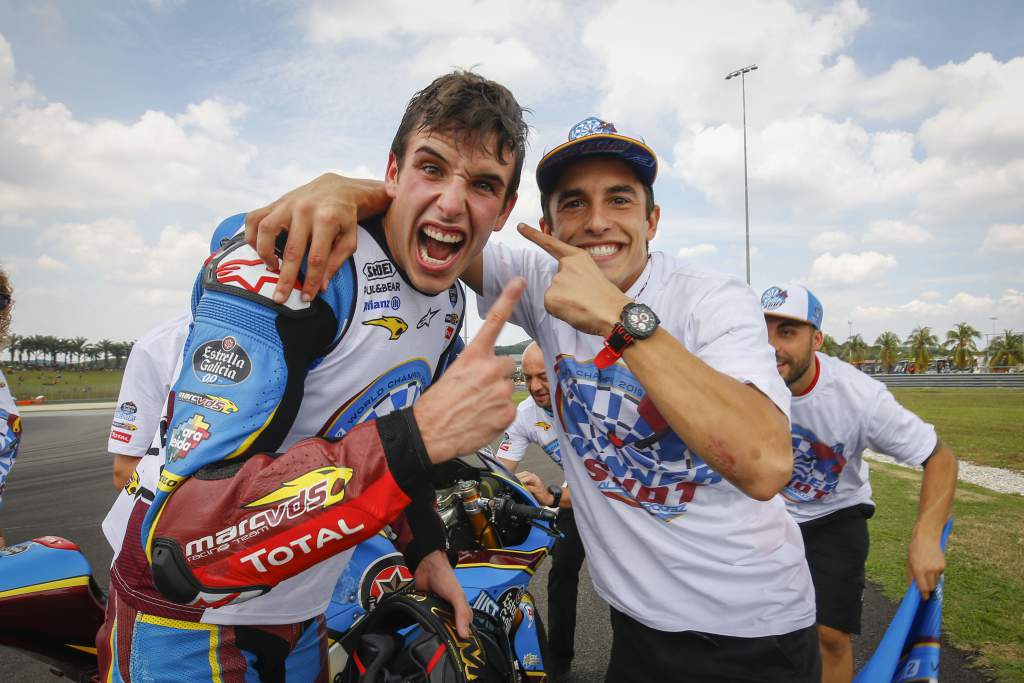 Losing not just his team-mate but his roommate, training partner and mentor is bound to have taken its toll on Alex as well as Marc for the past nine months, and the younger brother acknowledged on Sunday after the race that the result was an important one not just for Marc but for the whole Marquez clan.

“It was a special weekend for all the family,” he said. “It could have been better but we both finished with good results, and I have to say that his comeback is unbelievable after many months. In the first laps, we saw that he wasn’t used to being in the race and made some mistakes on overtakes, but he fought until the last lap. 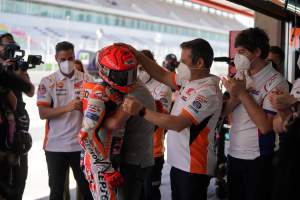 “His reaction when he came to the box was completely normal, because he knows better than anyone what his situation was. He deserved to finish P7 and he did an amazing job all weekend.”

Without Marc being who he is, it’s hard to see Alex finding his way into the position he’s currently in, as well. That’s not to take away at all from his talent – the guy is a two-time world champion in Moto2 and Moto3, and that’s not an achievement that’s handed out just for participating.

But would he have necessarily been the first port of call for Repsol Honda in 2019 when Jorge Lorenzo dramatically retired half way through a two-year deal and at the final round of the championship? 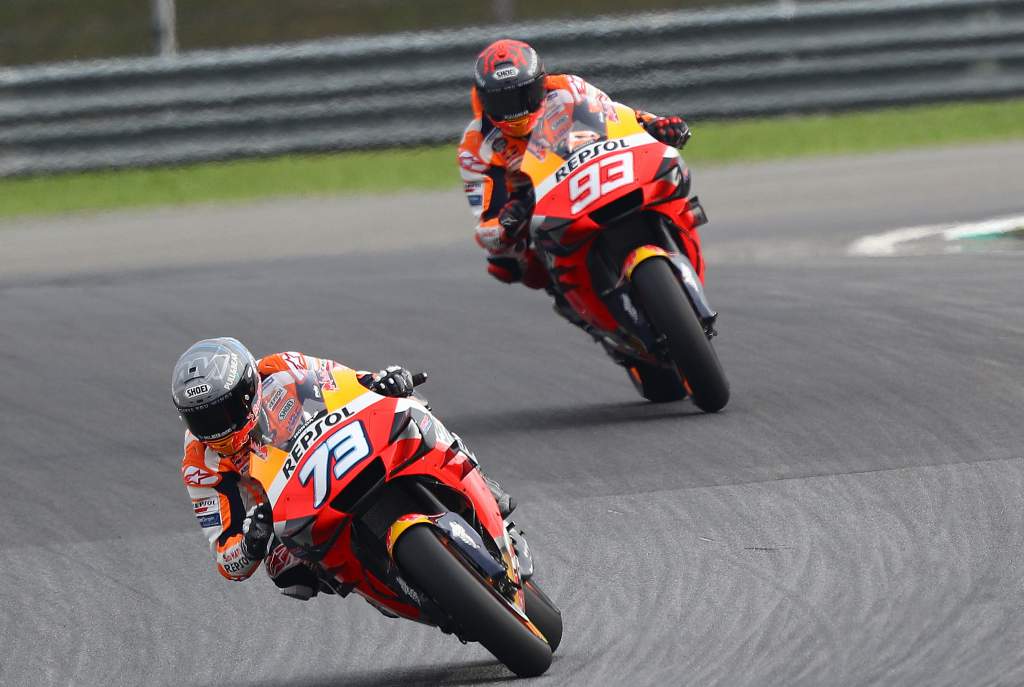 Sure, Alex was the reigning Moto2 champion, having just picked up the title, but it came after five years in the championship, and no one was highlighting him as a potential future MotoGP winner – especially not the sort that HRC likes to recruit.

But that’s not to say that he’s had an easy route to the top, either. There’s big pressure that comes from being the sibling of a superstar; something that Valentino Rossi’s half-brother Luca Marini will all too quickly attest to as well. Constantly belittled by social media, always getting asked questions by the media not about your own performances but about theirs, and regularly accused of nepotism, it’s a path that’s got as many negatives as positives. 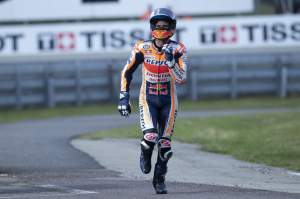 With that in mind, it was actually quite nice to see Alex strike a path of his own in 2020 without the shadow of Marc permanently looming over him. Sure, there’s no doubt that there would have been benefits to having his brother on the other side of a box – has there ever been a closer team when it comes to sharing secrets? – but at the same time, Marc’s allowed him to stretch his wings solo.

He did that in fine form, too, with excellent back-to-back podiums in Le Mans and Aragon, proving that he was worthy of his seat by taking what ended up being Honda’s only sliver of sunlight in otherwise abysmal season without Marc.

But the reality is, the 2021 route that Alex is on is perhaps the one that he should have started out on in the first place. 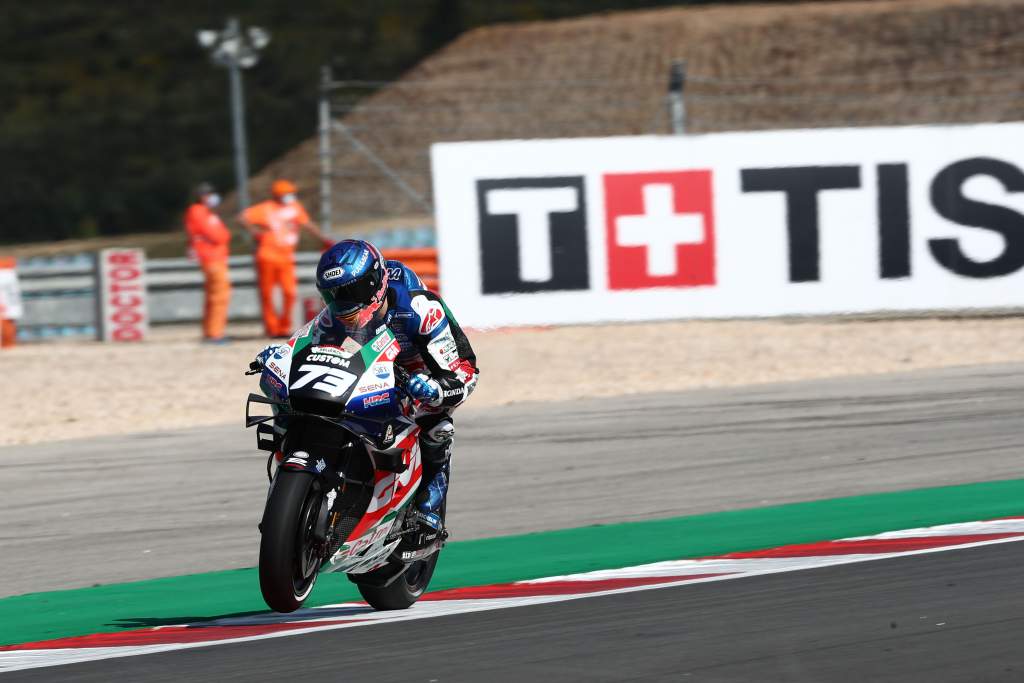 The LCR team should be Honda’s talent breeding ground, although that hasn’t been the case in recent years. It comes without any of the pressure inherent in being a Spanish Repsol Honda racer, brings a more relaxed family atmosphere, and has got to help rookie riders ease into their roles.

It hasn’t been an easy start so far for the younger Marquez with the satellite squad, but Sunday’s result at Portimao was hopefully a sign of better things to come. Finally returning to more comfortable European circuits and shrugging off the woes that came with Michelin’s Qatari tyre allocation, he’s hoping it’s the start of a path back to more podiums – preferably shared with his big brother.