Heavy points penalty for Yamaha, Petronas but not the riders - The Race
Skip to content
MotoGP

Heavy points penalty for Yamaha, Petronas but not the riders

After an investigation first reported earlier today by The Race, Yamaha’s MotoGP efforts have been handed a series of severe penalties for failing to receive permission to make modifications to their 2020 engines after a disastrous opening round in Jerez, potentially costing the manufacturer a likely constructors’ world championship and satellite squad Petronas SRT the chance to fight for the teams’ award.

However, most crucially, Yamaha riders will not receive any sanction for the infringements, meaning that Fabio Quartararo, Maverick Vinales and Franco Morbidelli will live to fight another day in the battle for the 2020 riders’ crown.

Yamaha was sanctioned 50 points for “failing to respect the protocol which requires them to obtain unanimous approval from MSMA for technical changes” when it allegedly switched out a faulty batch of valves after the opening round of 2020 for new components from another supplier, reportedly due to “an internal oversight”.

That means that its 37-point lead in the constructors championship has now been traded for a 13-point deficit to Ducati with only three rounds left in 2020.

Its two teams, the factory Monster Energy Yamaha squad and satellite team Petronas Yamaha, have also been handed sanctions of 20 and 37 points respectively in the teams’ championship – supposedly the points earned whilst not respecting the protocol (although the Petronas duo earned 36 at the Jerez race, not 37). 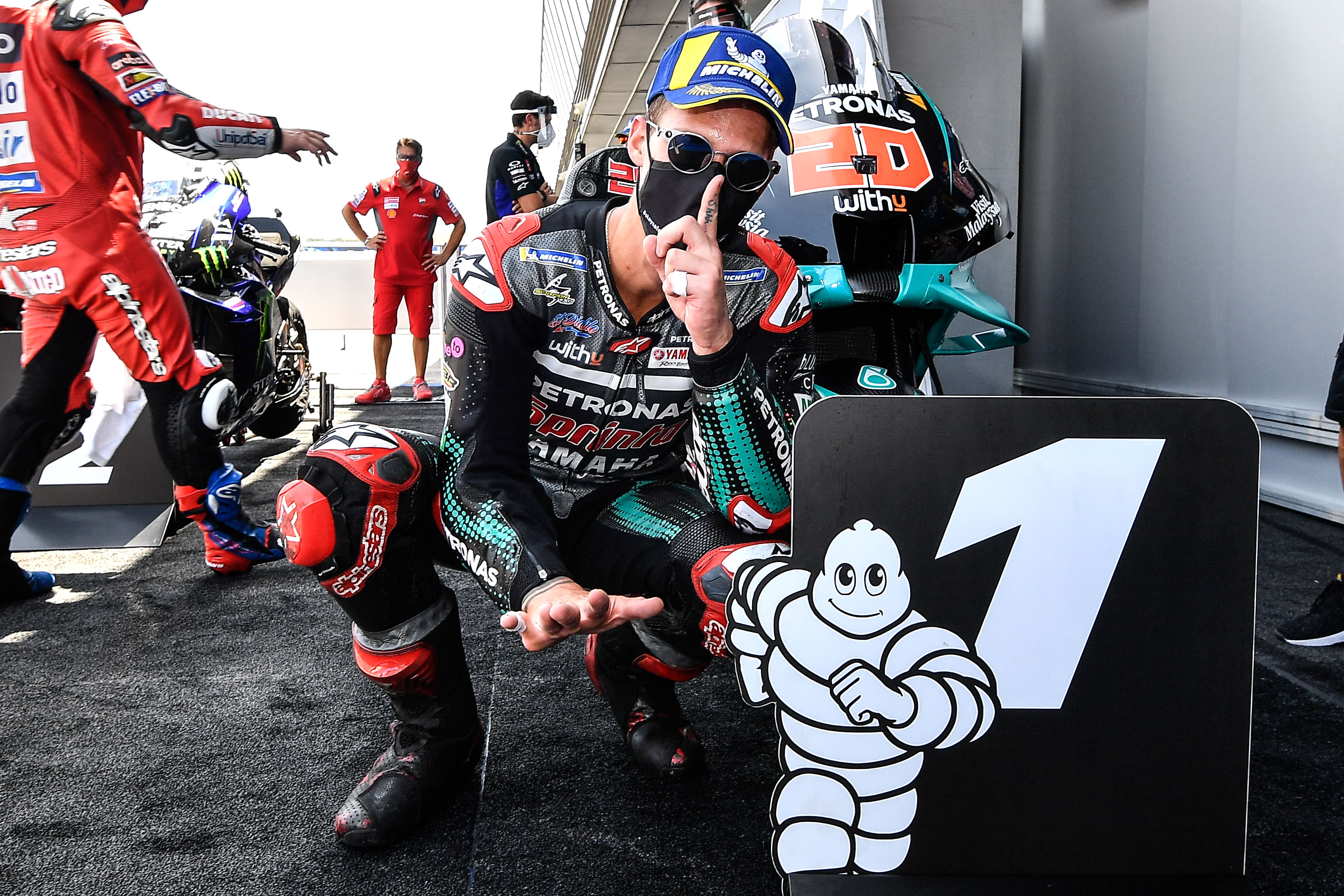 The satellite squad was only seven points behind Team Suzuki in the overall standings – and clinching that championship as an independent team would have been a huge achievement for the outfit in only its second year in the championship.

It remains to be seen whether any of Yamaha’s rivals will protest the decision in the hopes of sanctions for the Yamaha riders as well as the team and manufacturer. That potentially hinges on the exact nature of the technical infringement and whether the replaced valves has been the reason why Yamaha has been able to race since July without losing an engine after witnessing three blow up in the opening two races.