Aprilia rider Aleix Espargaro was “very angry” with the Jerez circuit following qualifying for tomorrow’s Spanish Grand Prix, after a series of high-speed crashes highlighted the significant lack of run-off at a number of the track’s corners.

Espargaro crashed his Aprilla at Turn 4 during FP4, but he far from the only rider to suffer a crash on the Jerez circuit. Eight-time champion Marc Marquez crashed at Turn 7 in FP3 and was “scared” after forgetting the details of the crash.

Espargaro says that it’s not enough for Jerez to only be planning updates to its circuit now. As one of the most vociferous safety advocates in the championship, he complained after qualifying that the series can’t wait until someone has a big accident to talk about safety concerns.

“It makes me very angry,” he told The Race. “I don’t know why we have to wait for two crashes to talk about safety. We’ve said many times that the barriers here are too close. We know this. And it’s the same at all the corners where no one crashed today. We shouldn’t have to wait for a crash to take it more seriously. 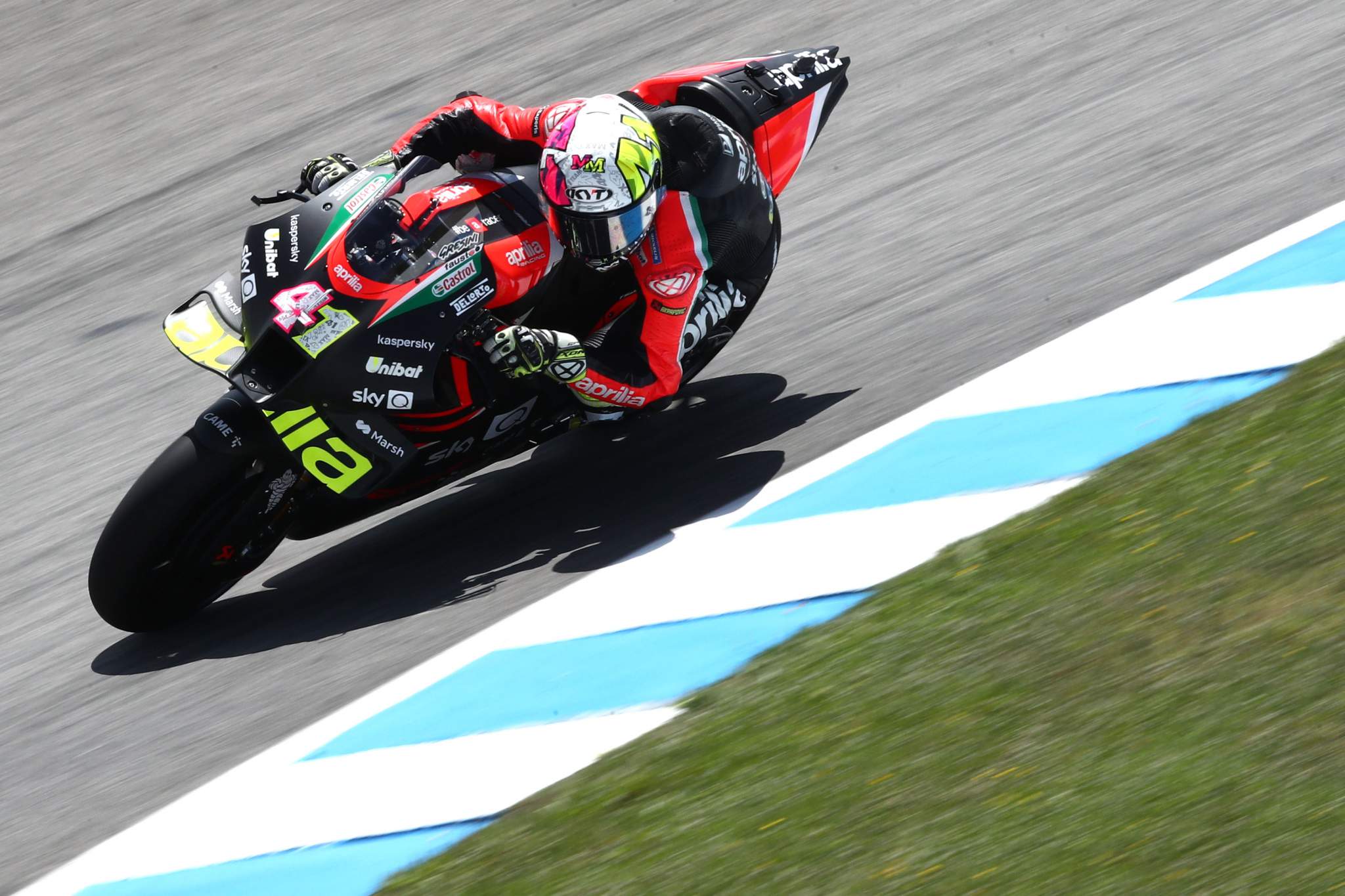 “Today no one crashed in corner 12, but there we have three metres of run-off area at 200kph. The problem is, Jerez is a safe circuit but MotoGP is going faster and faster thanks to the tyres, the wings, everything. In the past, you braked for corner six and then just accelerated a little into Turn 7 – but now from Turn 6 to Turn 7 you can gain 150kph because of the downforce. The circuits are getting smaller and smaller.

Both Repsol Honda bikes were a victim of Turn 7 with Marquez and Pol Espargaro both impacting the wall at that corner – thankfully with added air fence protection. 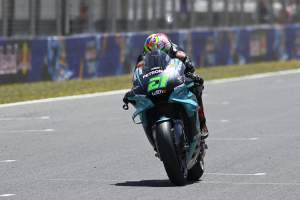 “There are three kinds of crashes there,” explained Espargaro after limping away from his own fall uninjured. “The first one is when you highside, and there is enough room. Second is the middle of the corner, and even if you are fast there is enough. But if you crash like Marc and I, just before slowing, just at the beginning, straight away, for sure the wall is too close.

“Okay, we have the air fence technology but we need to think that, if the bike is coming behind, in the same direction as the rider, even if there is the airfence the bike is coming. The good thing about having run-off is that I am going in at the same speed as the bike so I am always a little bit separated from the bike.

“But when you hit something and you get stuck in it as Marc did, then it means the bike arrives at the same speed as you. This is the dangerous point.” 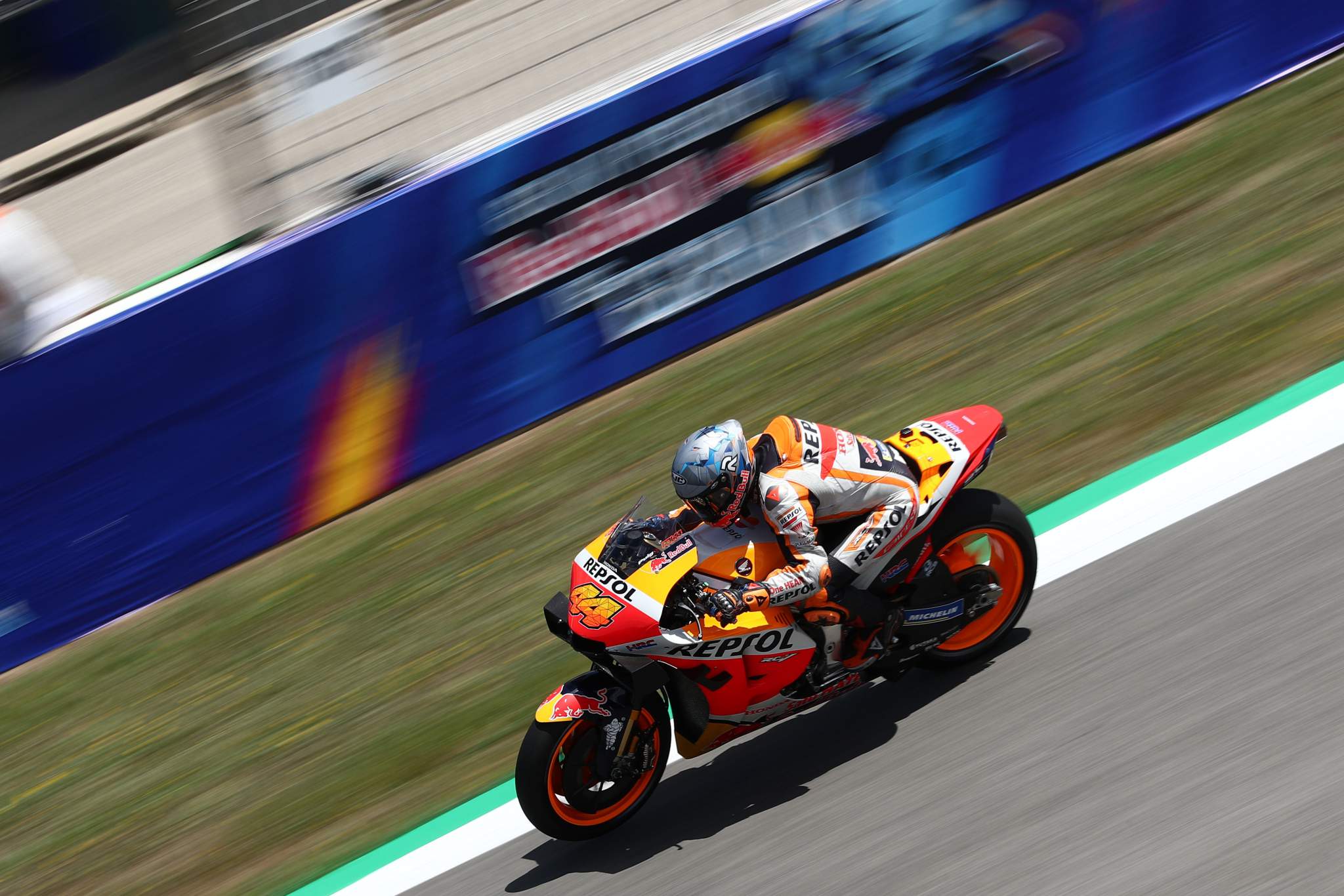 The particular concern about impacting the air fence at the same speed as your motorbike is a real worry to riders following the tragic death of Moto2 rider Luis Salom in Barcelona in 2016 in a similar crash.

Defending MotoGP champion Joan Mir also lent his voice to the call for changes following his own experiences there a number of years ago.

“Yesterday in the safety commission we spoke about it, and I think that they will start to make it better. For next year they’ll change maybe one corner or two, then in the next years, they’ll continue to change them. We have to improve the safety at this track for MotoGP bikes.”