Espargaro ‘more sad with every race’ about Aprilia 2023 talks

Aleix Espargaro has cast fresh doubt on his Aprilia future beyond 2022, admitting he is “a bit sad” at how negotiations with his current employer are going.

The 32-year-old Spaniard, part of Aprilia since 2017, has been enjoying a career-best campaign that has already yielded his first-ever win in grand prix racing and has positioned him as a potential MotoGP title contender.

Though long honest about being in the twilight of his premier-class career, Espargaro has expressed his willingness to remain with Aprilia beyond 2022 – but has been dropping hints that the negotiations weren’t progressing so smoothly.

And in the aftermath in the latest highlight of his season – securing a front-row start at Le Mans – Espargaro acknowledged his discontent in the strongest terms yet. 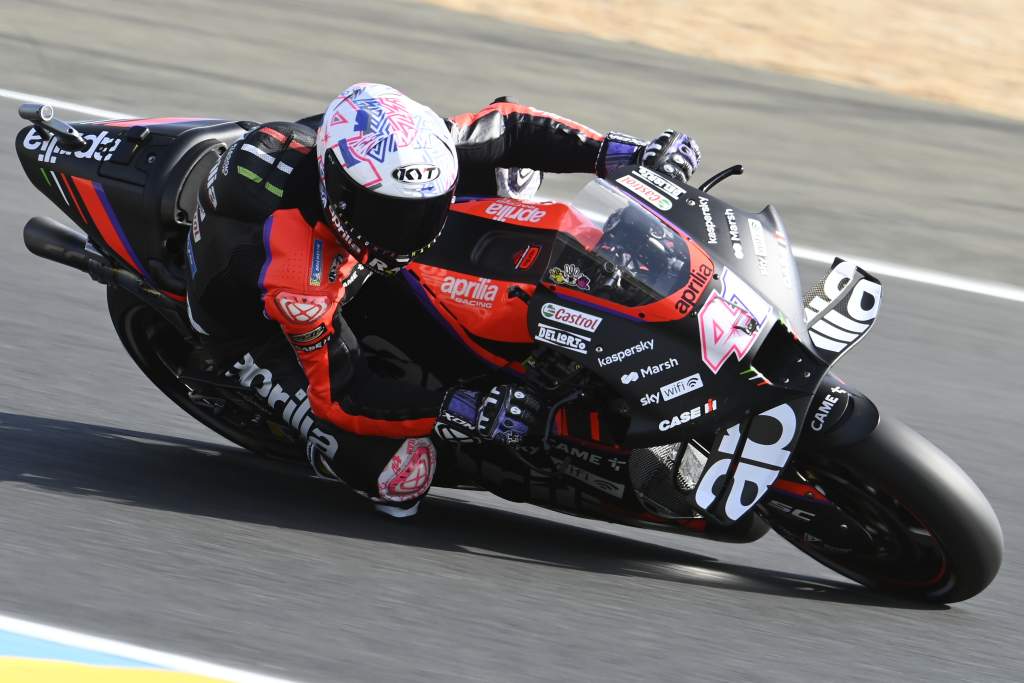 “I don’t know really what to say,” he said when asked whether his strong was making it more and more expensive for Aprilia to retain his services. “It doesn’t depend on me.

“I said many times that I want to stay in Aprilia but I don’t really understand what’s going on. It makes me a bit sad, sincerely, every race a bit more.

“But I cannot control. It is how it is.

“But for sure I will not wait forever.”

There are no obvious alternative factory seats for Espargaro to pursue for 2023, but the Spaniard has long been keen to stress that he would not be looking to continue in MotoGP at all costs – with pursuing his other passion, competitive cycling, an attractive proposition. 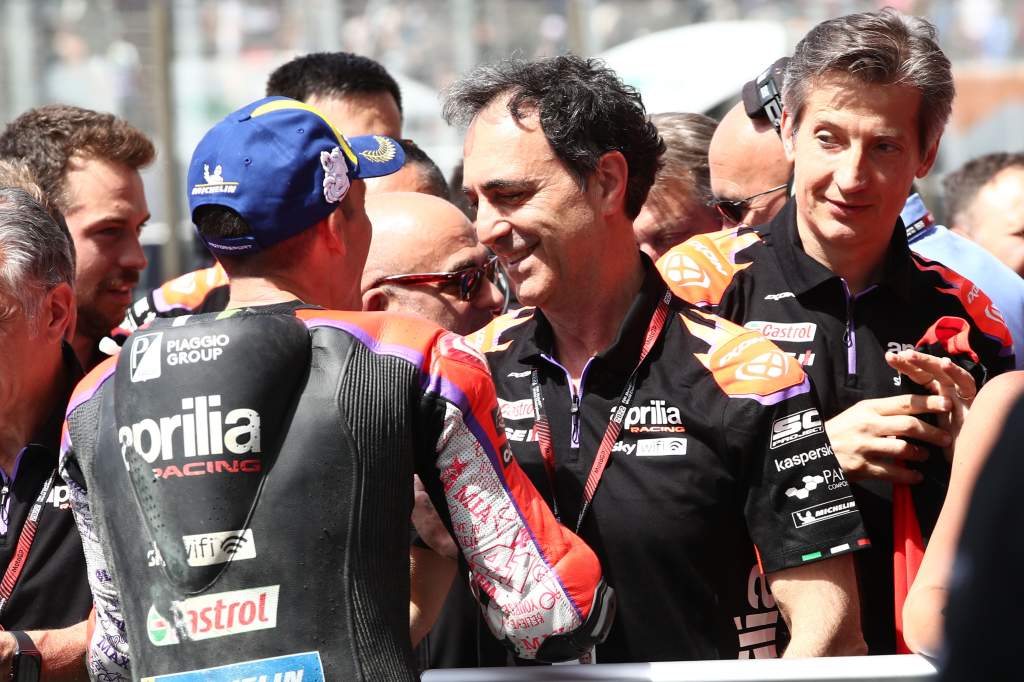 Yet, though it has neither Espargaro nor team-mate Maverick Vinales under contract for 2023, Aprilia is hardly in a precarious situation when it comes to the rider market – as Espargaro’s performances have proven the Aprilia RS-GP to be an extremely attractive package and Suzuki’s impending exit has made the likes of Joan Mir and Alex Rins potentially available.