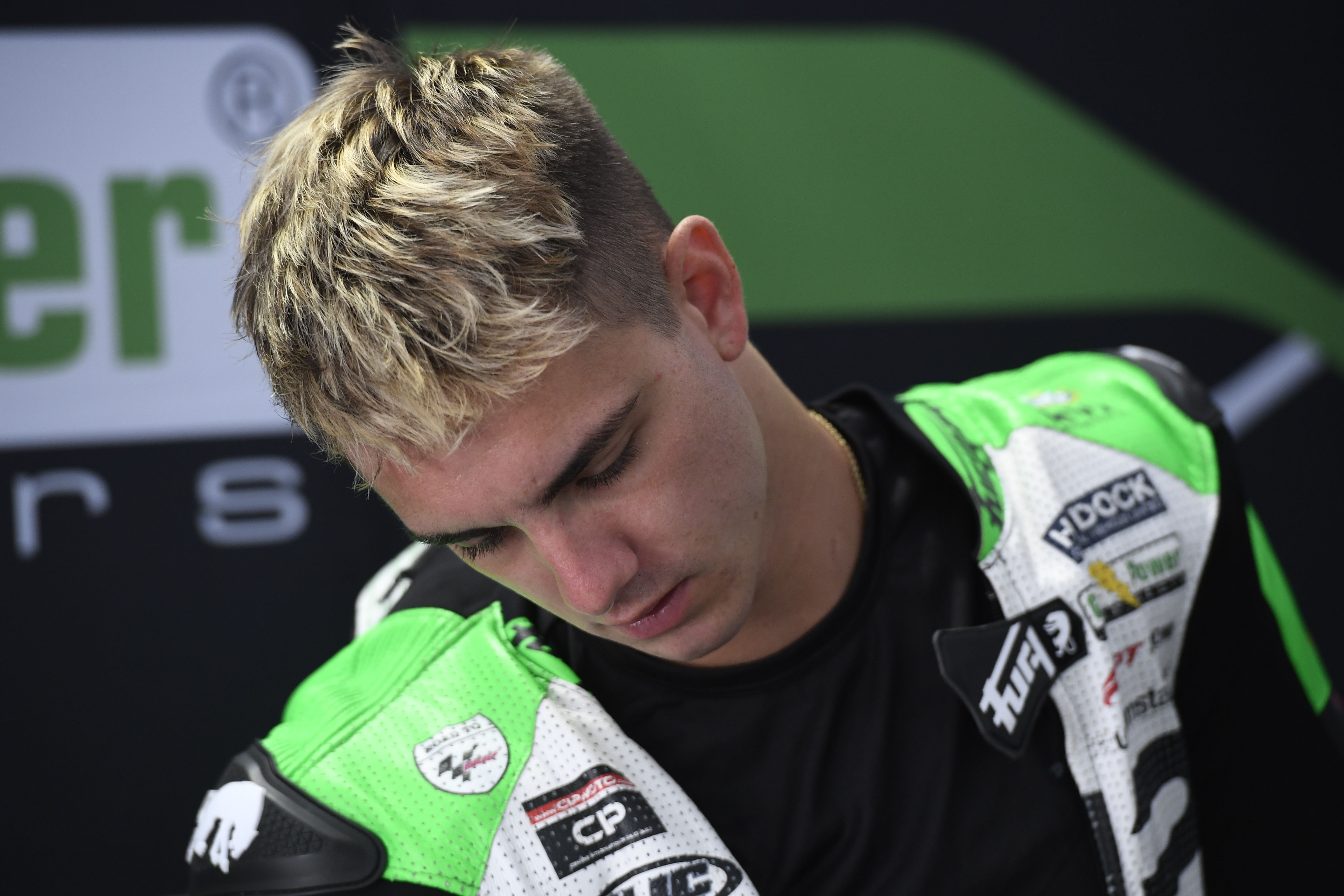 The incredible footage, captured from outside the temporary garages used by some of the Moto3 teams, shows Booth-Amos remonstrating with a mechanic from his own CIP Moto team, after breaking down in the race – before the scene takes a very unpleasant turn and the technician repeatedly kicks out at the racer.

This is the only thing being talked about in the paddock tonight: frankly unbelievable footage of a mechanic attacking Moto3 rider Tom Booth Amos in the garage after the 2019 race at Buriram pic.twitter.com/8meawe4iJk

Confirming the incident in a brief statement posted on his own social media after the initial flurry of media attention, Booth-Amos (who left Moto3 after only a single season in 2019) claimed that he had been urged to keep quiet at the time in order to try to ensure that he was able to remain in the paddock for the following season.

“The video that’s appeared is from the 2019 Thai Grand Prix,” he confirmed. “There were a lot of issues with the team that year that were never spoken about and I kept quiet just to try and keep my ride for the 2020 season as it was my dream to stay in that paddock.

“This happened after the race when my bike broke down due to a mechanic’s error, I was asked to not say anything and to keep quiet. I never told anyone, including Dorna and my management at the time.

“That’s just one thing that happened that year, people don’t know what goes on behind the TV screen.” 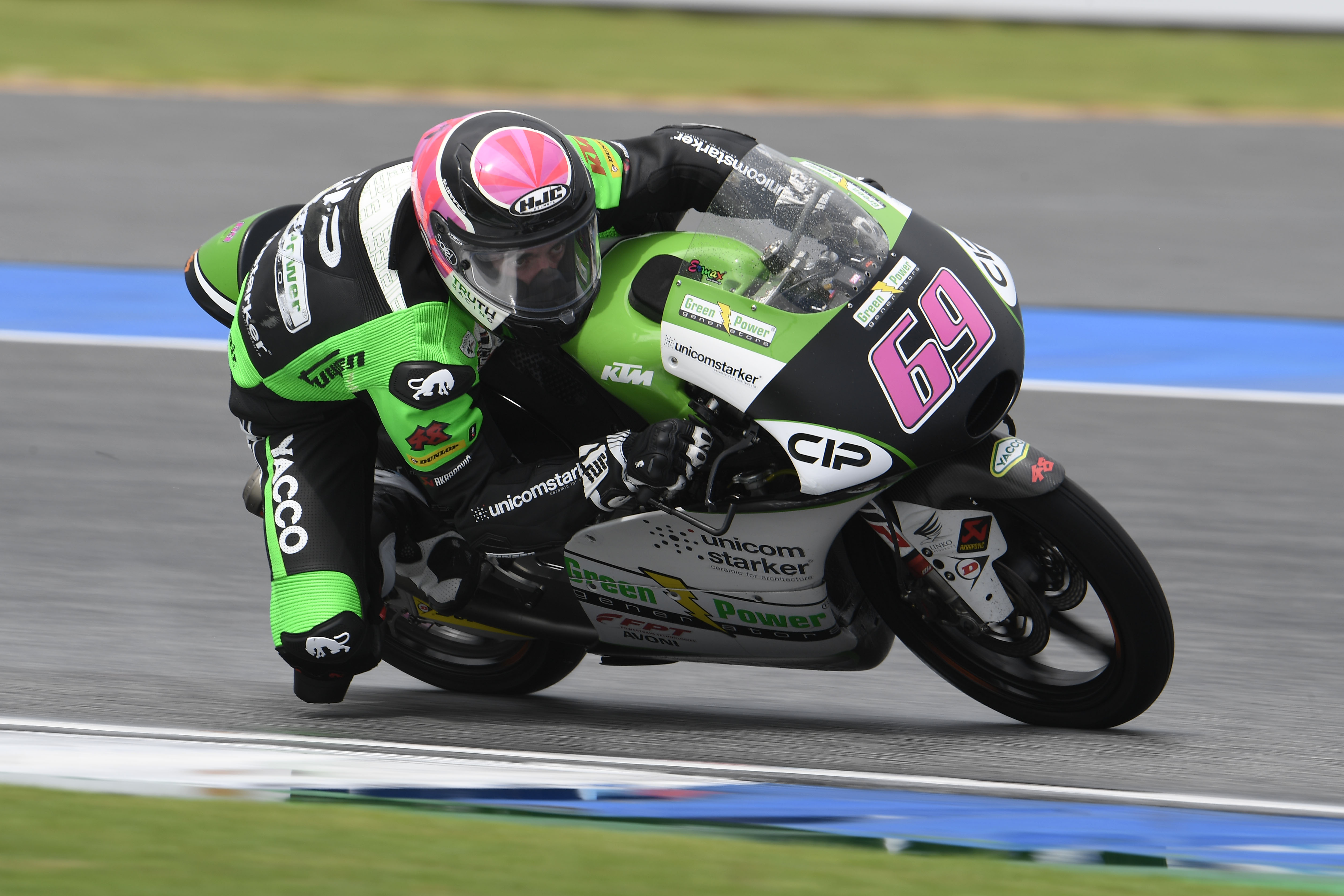 Only appearing on social media three years after the incident as MotoGP returns to the Thai circuit for the first time since the pandemic, it’s been met with universal disgust both online and within the paddock, with Aprilia rider Espargaro exclusively telling The Race that he’d already been in contact with MotoGP sporting director Carlos Ezpeleta to demand that the mechanic in question never be allowed to work in the paddock again.

“I saw the video, and I’ve never been that angry in all my career,” fumed the Spaniard. “I’ve never seen something like this in a paddock, and I called Carlos Ezpeleta and I talked with him. I’m nobody to decide, but I feel like I’m one of the old men of this paddock after almost 20 years in it.

“We have no riders’ union, but I think that it’s right that the moral riders speak up when something like this happens. For me this guy has to be out of the paddock, and Dorna has to go to the courts with him.

“This is something that we’ve seen in other places, and this is even more dangerous.

“It’s a very bad image for the championship, and I was very angry. He was a kid. I’ve never seen anything like it.” 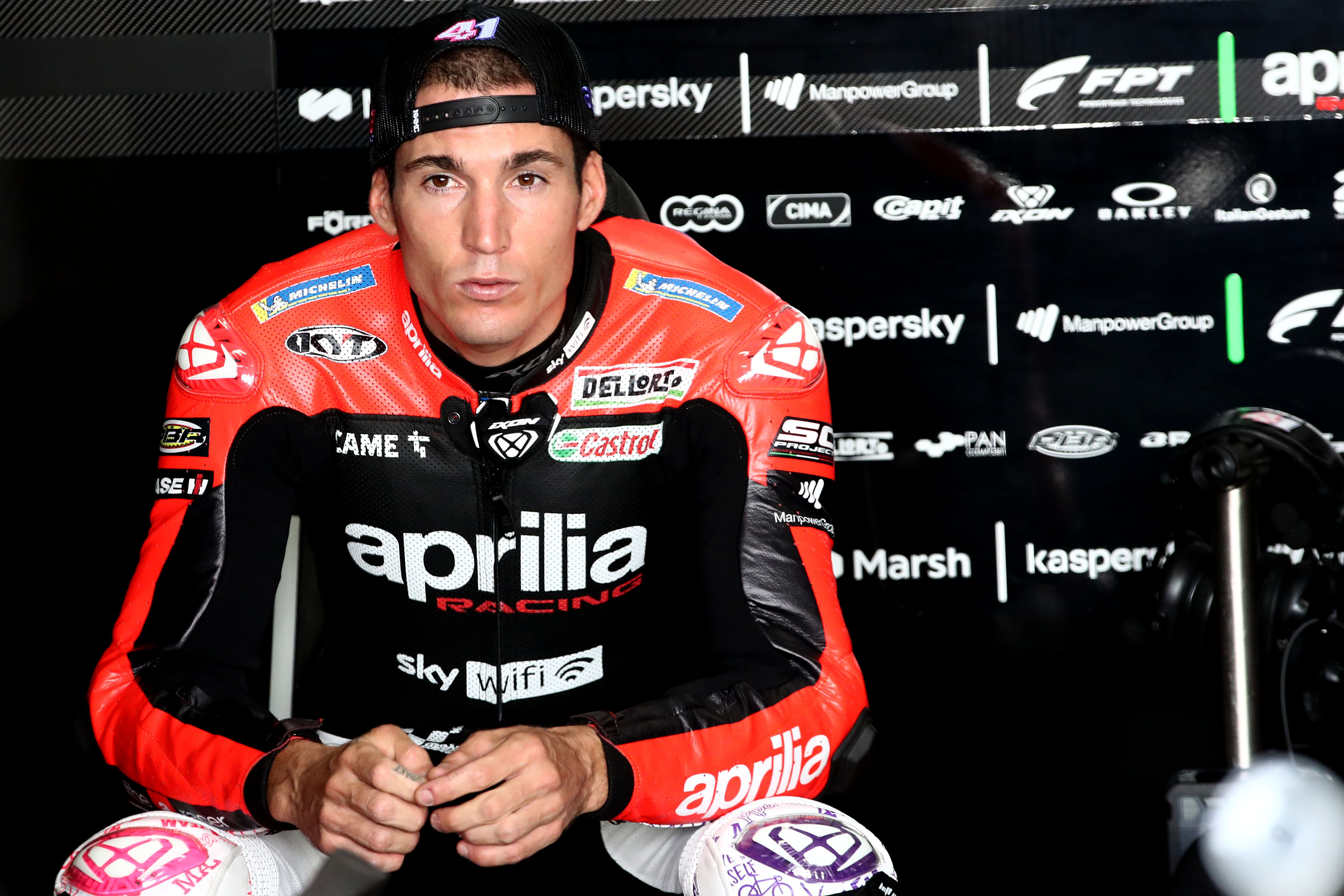 The mechanic in question is no longer working with the CIP Moto team (which currently runs Australian Joel Kelso and Japanese rider Kaito Toba), with the French squad releasing its own statement immediately apologising to its former rider for his actions and confirming the mechanic’s departure.

“About the video from 2019,” the statement said, “on behalf of the team, we strongly denounce this kind of behaviour, and we want to publicly apologise to Tom Booth-Amos. A team is not the effort of one person, but of a whole group of people.

“That’s why this technician is no longer involved in our team. Violence of any kind is not acceptable in our sport and beyond. We have taken all the necessary measures to ensure that it does not happen again in the future.”

However, it’s believed that the mechanic in question remains in the grand prix paddock in a different role, and The Race has reached out to the team that now employs the person its sources believe was the one attacking Booth-Amos in the video for comment.

A statement from Dorna given to The Race read: “The incident that occurred at the 2019 Thai GP involving Moto3 rider Tom Booth-Amos and his former team has recently come to light. Accordingly, it is being investigated.”

Booth-Amos switched to the Supersport 300 World Championship for 2020, winning races in his debut season and fighting for the title in his second year there, finishing runner-up in the championship to Spaniard Adrian Huertas despite missing three rounds due to injuries suffered when he was wiped out by another rider.

This year has seen the 26-year-old make a series of appearances in various championships including World Supersport, and he will start Saturday’s British Supersport round at Donington Park from pole position for the Gearlink Kawasaki squad.