Ducati Corse technical director Davide Barana has hinted at just how furious the Italian brand remains over MotoGP’s decision to ban front ride height devices for 2023, in fiery comments made while sitting alongside his fellow factory engineering bosses at one of the series’ traditional in-season technical press conferences.

The decision to ban the components, pioneered by Ducati but since adopted by nearly all manufacturers, was first announced back in March. The ban comes amid not only safety concerns following a number of device failures but also claims that they’re affecting the quality of riding by overloading front tyres thanks to the significantly greater force being exerted. 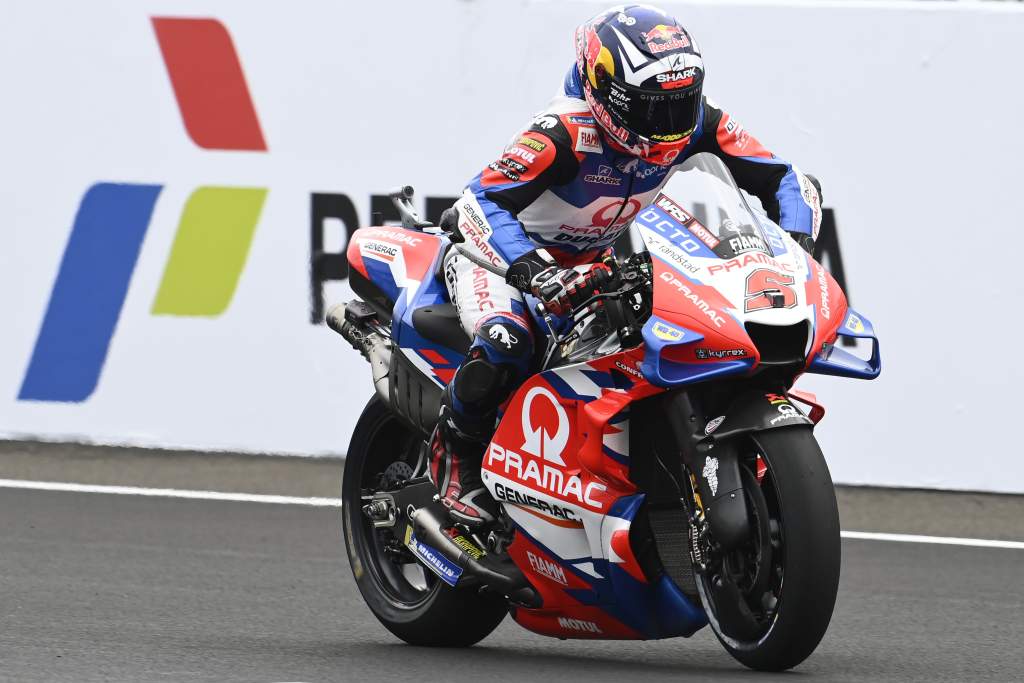 It was again Ducati at the forefront of developing a similar mechanism for the front of the bike, but this went against the desire of other manufacturers not to have a development battle in this area. 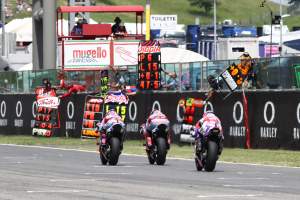 “For me, it’s something that in the future they must remove,” insisted six-time world champion Marc Marquez earlier this year. “I already said last year when I arrived back after my injury, and I think all the riders need to vote together. In the end, manufacturers always go more, more, more.

“For the show we don’t gain anything, and OK, these are prototypes but for the street bikes, it’s not necessary.

“For the future, it makes no sense.”

However, Ducati revealed just how much it’s still fuming about the decision at the Aragon Grand Prix when project technical boss Barana took to the stage alongside his counterparts by bemoaning their decision to force through a ban on the technology for next season. 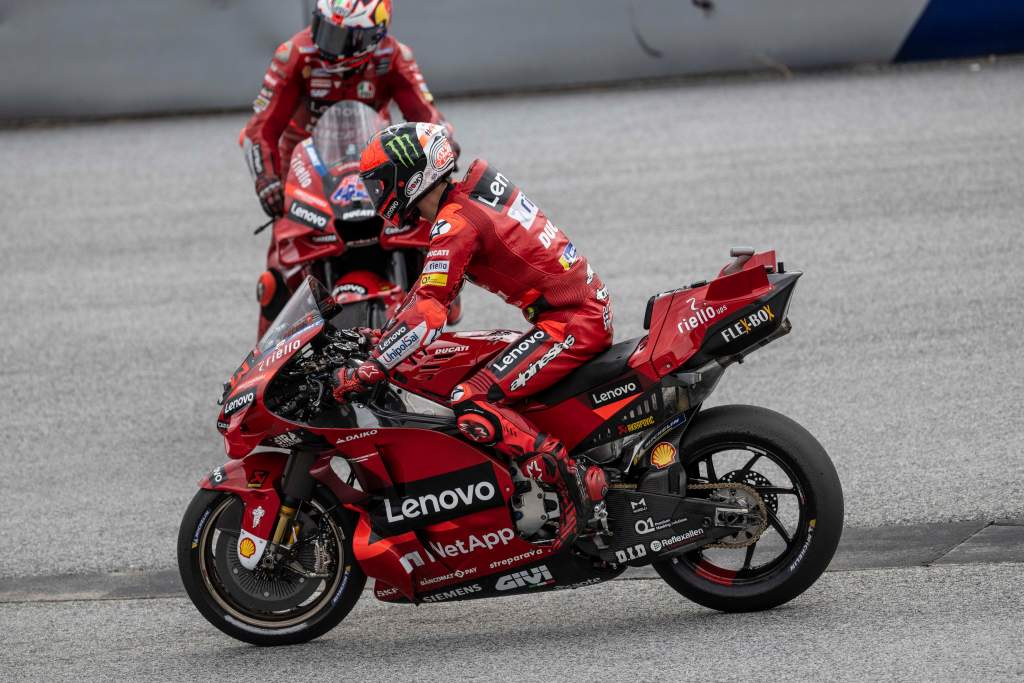 It was, in theory, something only possible by a unanimous vote of rulemaking group the Motorcycle Sport Manufacturers’ Association, and the exact details of what went down inside the room at the Qatar Grand Prix remain confidential: but we do know that the sport’s other five manufacturers did manage to elicit a change from Ducati, one that the Italian marque remains unhappy about.

“I don’t like to talk too much about this story,” Barana said, “about what happened with these devices. We were the first to introduce this system for the starting, for the launch procedure, and the others followed. So we developed another step that it was dynamic, that you could lower the bike during operation – and the others followed. 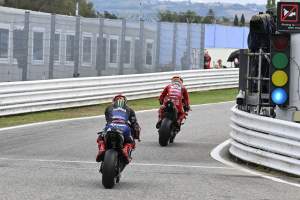 “Five out of the six manufacturers decided to ban it. What I can say is that the five manufacturers exercised their rights by the rules. They didn’t steal anything.

“But looking at this story, it has not been a very nice display of fairness at all, because instead of trying to catch up it’s easier now to ban something only one has.”

However, these arguments were rebuffed by a rival in Aprilia tech chief Romano Albesiano, another engineer at the forefront of developing ride height devices, but one who has a very different opinion than Barana – and one who is believed to have been at the front of the push to have them outlawed. 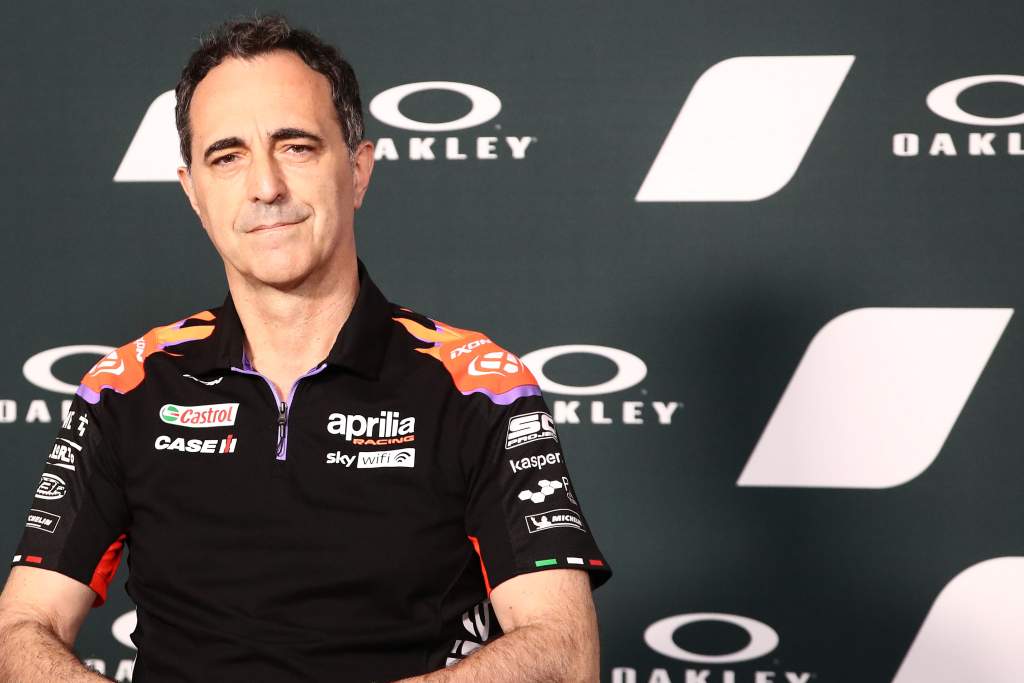 “Our general thinking about these devices is to possibly ban all of them as soon as possible,” he admitted. “It’s just a complication, something that will never reach production, and it’s something related to the rules that ban the possibility to make a proper rear device.

“We were the first manufacturer to introduce it to the front, for starts, but our philosophy is to avoid the kind of development which is not useful for production bikes.”