Factory Ducati MotoGP rider Pecco Bagnaia says his arrest during the series’ five-week summer break for a drink-driving offence while on holiday in Ibiza hasn’t affected his preparation for the second half of the season, as he attempts to turn around a 66-point championship deficit to the current leader and reigning champion Fabio Quartararo.

The Italian was arrested by police on the Spanish island in the early hours of the morning last month, following a single-car road traffic collision in which no one was injured. Admitting in a statement on social media that he subsequently tested as over the alcohol limit at the time, he was nonetheless adamant that it hasn’t harmed his chances.

“I already said on my social channel what I was thinking about it,” he said when asked in the pre-race press conference at Silverstone if it had affected his preparations for the latter part of the year.

“Three or four weeks on from that moment. It’s something that for sure, didn’t touch the MotoGP argument [side of things]. My mindset for a race is not something I can compromise. Was easy to think about MotoGP and not what happened. Was a mistake, an error I believe. Unfortunately, it’s something that can happen, I understand.”

When asked by The Race whether he would have accepted a professional sanction from either Ducati or MotoGP for his actions, as is the norm in some other top-level sports, his team-mate Jack Miller sprang to Bagnaia’s defence. 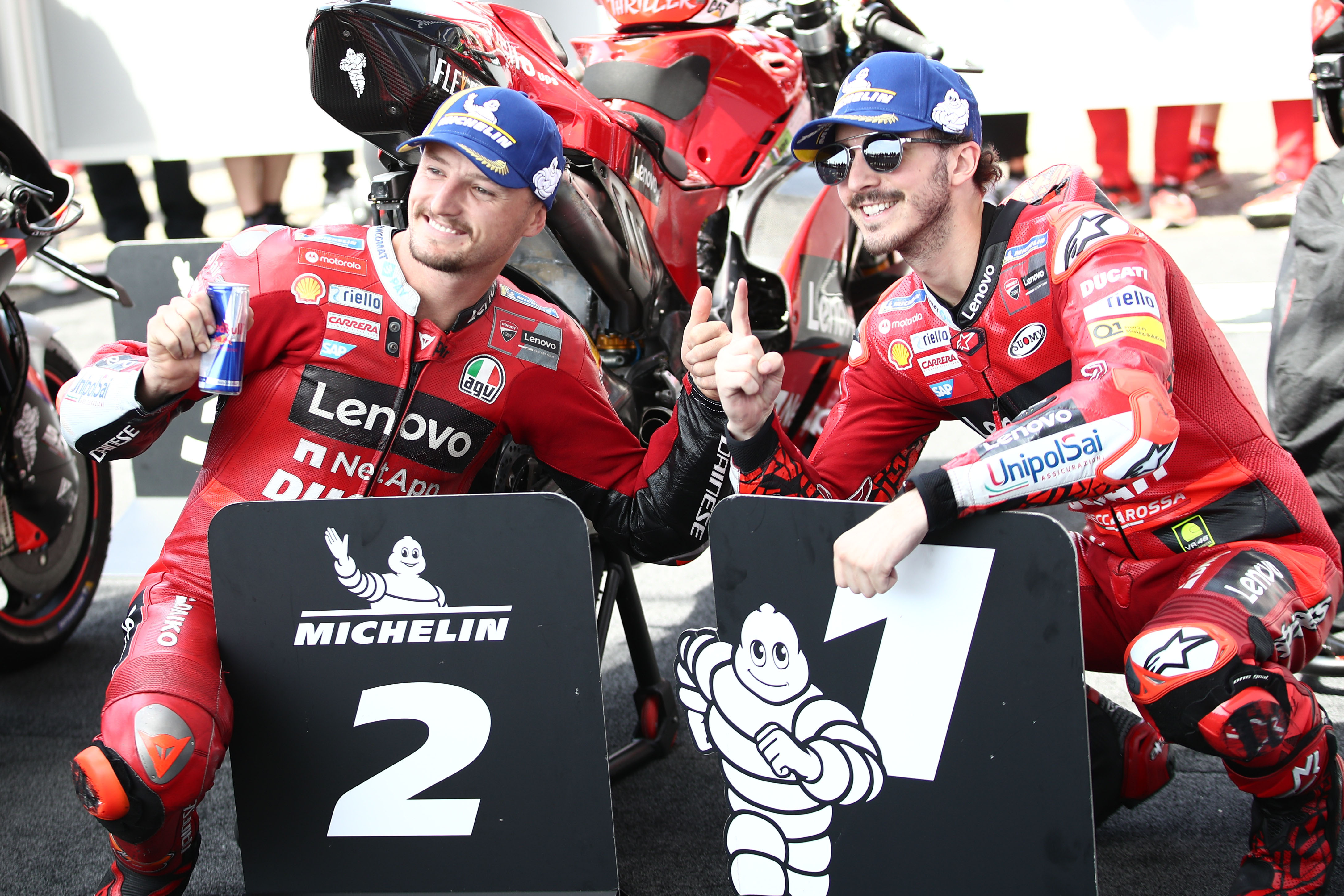 “We’re not even talking about that,” the Australian said. “It’s just bringing up negativity. You don’t need to bring it up [again]. He said what he had to say.”

Ex-MotoGP rider Hector Barbera lost his Pons Moto2 Kalex ride when he was charged with drink driving in 2018 while the most decorated Olympian of all time – Michael Phelps – was suspended for six months after he was arrested for the same charge back in 2014.