Sep 11 2021
By Valentin Khorounzhiy
No Comments

Ducati works rider Francesco Bagnaia took pole position for the MotoGP race at Aragon, leading a 1-2 for the Bologna factory.

Bagnaia’s 1m46.322s effort represented a new MotoGP lap record at the venue, replacing the time set by Marc Marquez in qualifying back in 2015.

Championship leader Fabio Quartararo went a tenth and a half clear on his first run, albeit having been more than half a second ahead after the first three sectors.

And having more than matched Quartararo’s sectors once back out on a fresh soft rear, Bagnaia made the most of Ducati’s power in the final stretch of the lap to produce his record-breaking effort. 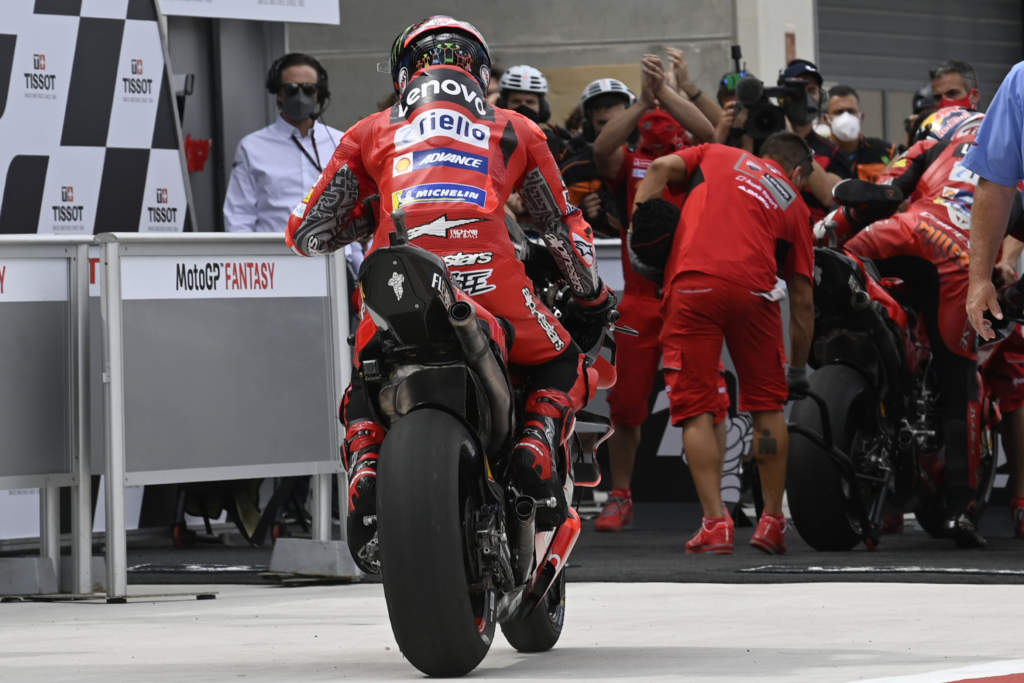 Quartararo’s late push to respond was fruitless, and in fact potentially detrimental, with Bagnaia’s factory team-mate Jack Miller using him as a distant reference to go 0.031s quicker, securing the Ducati 1-2.

The improvement by Miller moved Marquez down to fourth, with the Honda man joined on row two by Jorge Martin (Pramac Ducati) and Aleix Espargaro (Aprilia).

Joan Mir was a disappointed seventh for Suzuki, despite this representing a better-than-usual qualifying effort for the GSX-RR, while Pol Espargaro (Honda) and Enea Bastianini (Avintia Ducati) completing the top nine.

Pramac’s Johann Zarco, who topped Q1, made it five Ducatis in the top 10.

Lead KTM rider Brad Binder joined Zarco in progressing through Q2 but had run out of fresh soft rear tyres, meaning he could only finish a distant 12th, nearly six tenths down on 11th-placed Takaaki Nakagami. 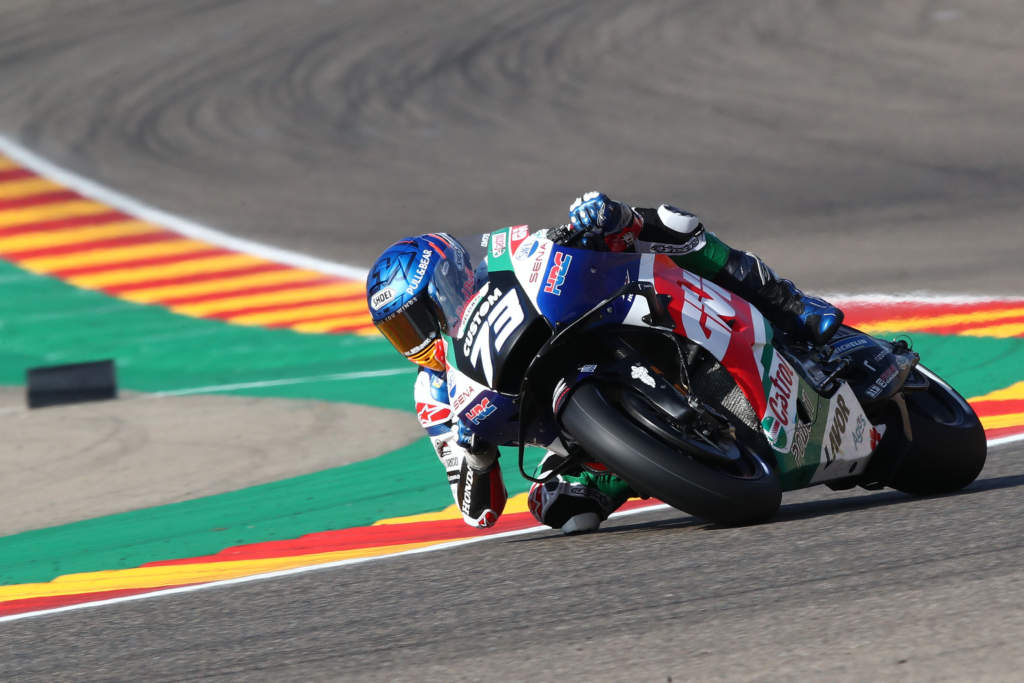 Former Moto3 team-mates Alex Marquez (LCR Honda) and Alex Rins (Suzuki), who battled each other for victory in the first Aragon race last year, were both eliminated in the first segment.

The younger Marquez was two tenths off advancing and will be sandwiched on the fifth row of the grid by Tech3 KTM rider Iker Lecuona – the second-best of the Austrian marque’s four-rider contingent – and the second-best Yamaha of stand-in Cal Crutchlow.

Rins for his part was a very disappointing 20th, recording his joint-worst qualifying result since 2017, ahead of only Petronas Yamaha duo Valentino Rossi and Jake Dixon.

Among the riders who beat Rins was Aprilia’s new boy Maverick Vinales, albeit just by 0.014s. Vinales very briefly flirted with a Q2 berth but will ultimately line up 19th for his RS-GP race debut.