The start of the 2020 MotoGP season has been delayed once again, as the Argentina Grand Prix becomes the fourth race in succession postponed thanks to coronavirus.

The race, originally scheduled to take place in mid-April has been moved to November, bumping the season-closing Valencia round back another week. 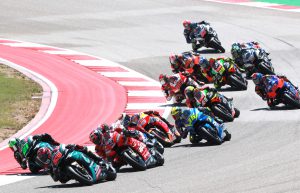 The news comes as no surprise after Tuesday’s cancellation of the Argentinian round of MXGP in the south of the country but has forced MotoGP championship organiser Dorna to issue a second revised calendar in only 24 hours.

It means that Termas de Rio Hondo will now become part of a three-week block of races in December, following the similarly-postponed American Grand Prix at Austin, which was moved on Tuesday afternoon.

It also sets up the 2020 season to finish with an exhausting block of eight races in 10 weeks, and with six of them involving extensive overseas travel, it will take its toll on the series’ personnel.

It also means that the season will conclude at Valencia in the final week of November, potentially creating a risky scenario for riders.

Already two weeks later than only a few seasons ago thanks to an ever-expanding calendar, colder track conditions as the end of the year approaches December will be a severe risk.

With series bosses adamant that all 20 races will be run – something crucial to protecting their main income source from TV rights – it seems unlikely that Wednesday’s news will be the final alternation as the coronavirus crisis continues to worsen.

The season is now set to start at Jerez on the first weekend in May, but with Spain snowballing from 500 coronavirus cases on Tuesday morning to 2200 at lunchtime on Wednesday, it could be only a matter of time before the Spanish authorities are forced to take extreme measures mirroring those taken by the Italian government.