Pagenaud: Comeback thanks to 'phenomenal' Chevrolet gains - The Race
Skip to content
IndyCar

Simon Pagenaud has credited gains made by Chevrolet in the off-season for helping to mount his 17-place rise through the order during IndyCar’s Indianapolis road course race to gain a podium.

Pagenaud struggled for mid-corner front-end grip in qualifying and failed to graduate from his qualifying group, saying he got “spanked”.

That meant he had to start 20th at a race he has won three times in six attempts, his Penske team-mate Will Power having won the other three.

Having taken the harder compound tyre early, Pagenaud picked his way through the order and almost passed Graham Rahal for second in the closing stages of the race, which was won by over 18s by Chip Ganassi Racing’s Scott Dixon.

The race produced a host of differing strategies and in the end, the split was 50/50 between Chevrolet- and Honda-powered cars in the top 10.

Discussing his climb through the order, Pagenaud said: “Definitely I think Chevy has done a phenomenal job over the winter of finding some horsepower. It definitely affected the race.

“I said it on the radio. We had an advantage on the straights, and it clearly showed with all the passing we could make, and we were passing people before even Turn 1.

“I’m very impressed with that.

“Maybe we had less downforce. I know we trimmed quite a bit on our car to be able to do that, but still, I think Chevy is the reason why we had such a great race today.

“We still need to do some work on the car, but overall very, very good two first races for us.”

Having finished second in the season opener at Texas, also won by Dixon, Pagenaud is second in the championship and 29 points behind Dixon.

Pagenaud said it was almost worth trading a victory chance at Indianapolis for the knowledge the team has gained on the road course, which included improving the car’s front-end grip over the course of the Indianapolis race.

That was in part down to the pre-race warm-up session where the team tried something “opposite” to qualifying, which worked for the driver.

The season now moves to a double-header at Road America, another road course, where Pagenaud’s lessons from this weekend may prove vital.

“I was very disappointed after qualifying,” added Pagenaud. “It’s not the performance I want to display, and certainly my team deserves to be up front.

“We just made a mistake. I think the decision process we had with my engineer Ben [Bretzman] was not as good as it’s been other times.

“We need to go back on Monday and think about why we made those decisions.

“I think I know why, quite frankly. We just thought it was going to be better, but we made a mistake.

“We improved for the future, but after today [Saturday] I think we learnt a ton.

“I think we know now what direction to take, but there’s going to be some work to be done for sure.”

He added: “It was a blessing and a curse, in a way.

“I think finishing second and third the first two races, at the end of the day, points matter, and you’ve got to establish yourself up front right away, and we’re doing that.

“But what I love about the 22 team is how they rebound, how we rebound in general. It’s like there’s a no-giving-up attitude, and I love that.” 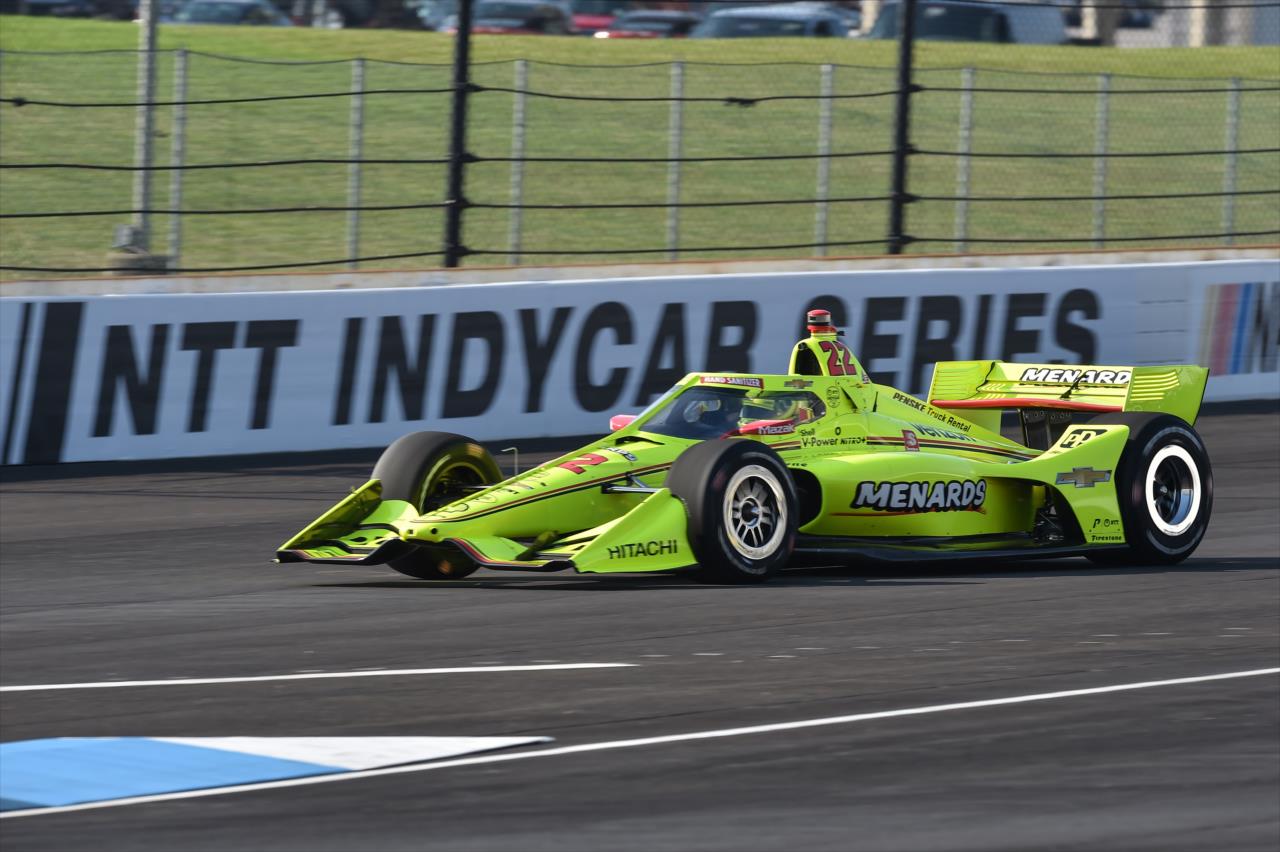