Scott Dixon won back to back races to start the IndyCar season for the first time in his 18-year career, dominating on the Indianapolis road course as Simon Pagenaud starred by coming from 20th to third.

Dixon, who had qualified seventh, began to set up his victory by being among the early pit visitors in a race where strategies started diverging immediately.

He came in on lap 11 out of 80, and his pace on the fresh softer tyre forced the leading group of four – headed by polesitter Will Power – to pit before hitting lap 20, the 25th tour being the threshold for making a two-stop strategy viable.

Nearing half distance, rookie Oliver Askew – who had impressed in qualifying and started fifth for Arrow McLaren SP on his series road course debut – crashed after losing the rear of his car entering the start finish straight. It had a significant impact on strategy for the rest of the field. 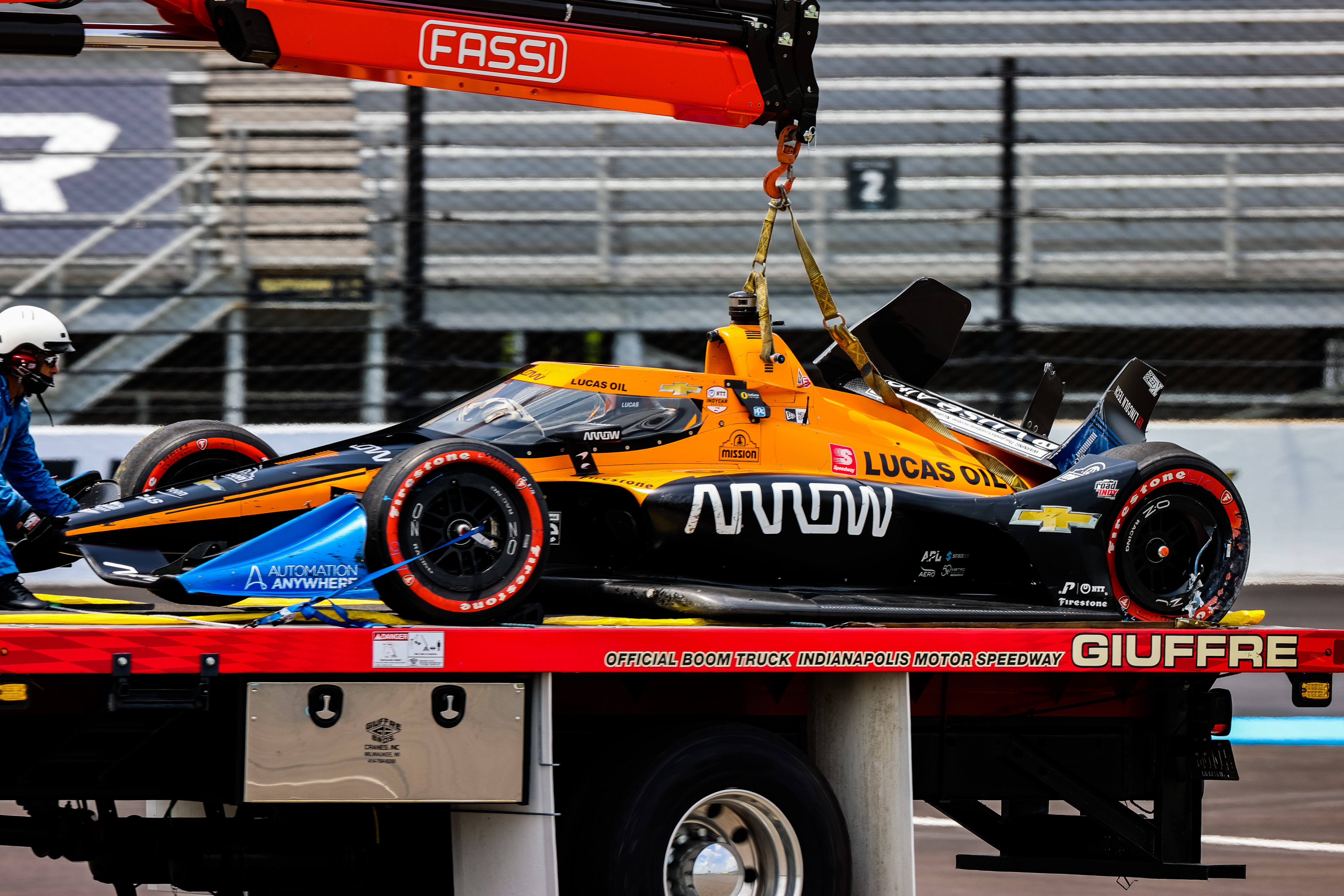 It benefited Dixon and early star Graham Rahal – who went 26 laps on his first stint – and hindered Power and his Penske team-mate Josef Newgarden, who had looked to be the top two contenders in the first half of the race.

Dixon stole the lead 12 laps after that crash and was told by his Ganassi team to run qualifying laps.

He extended a lead of over 5.5s in a matter of laps as Rahal approached the end of his stint on the softer tyre. Dixon was on the harder compound and extracted the fastest lap of the race at the time on that unfavoured rubber.

Having made the most of that gap Dixon pitted on lap 55. Power did likewise but stalled exiting the pits to rule himself out of victory contention for good.

During those stops, Pagenaud came to the fore.

Coming into this weekend, he and Power had shared all the IndyCar wins on the Indianapolis road course between them.

He had a quiet start to the race after his poor qualifying and ditched the hard compound like Dixon as he worked quietly but surely into contention.

The Askew caution was perfectly timed for Pagenaud, and after the final stops he emerged behind Dixon and Rahal. 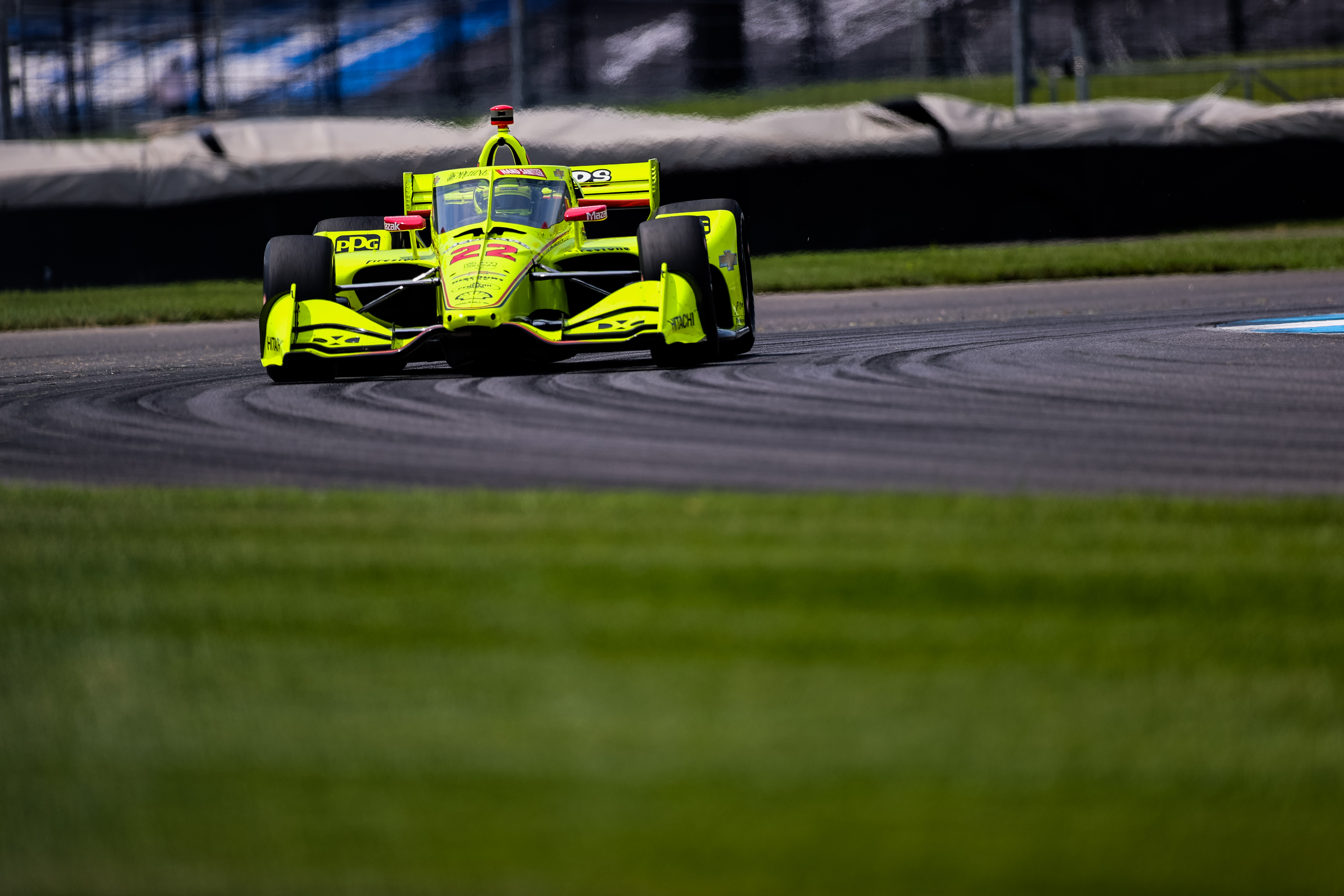 Pagenaud reeled in Rahal and was on his tail with five laps to go, but Rahal clung on.

Dixon was in a class of his own ahead, winning by just under 20 seconds in the end.

Behind the impressive Rahal/Pagenaud podium, Colton Herta took fourth but will rue a mistake at Turn 1 when he had been ahead of Dixon early on.

Herta moved clear of a battle for fifth between two more drivers moving impressively through the field.

Having crashed in qualifying and the race at the Texas season-opener, rookie Rinus VeeKay (pictured below) managed to take fifth ahead of Dixon’s team-mate Marcus Ericsson. 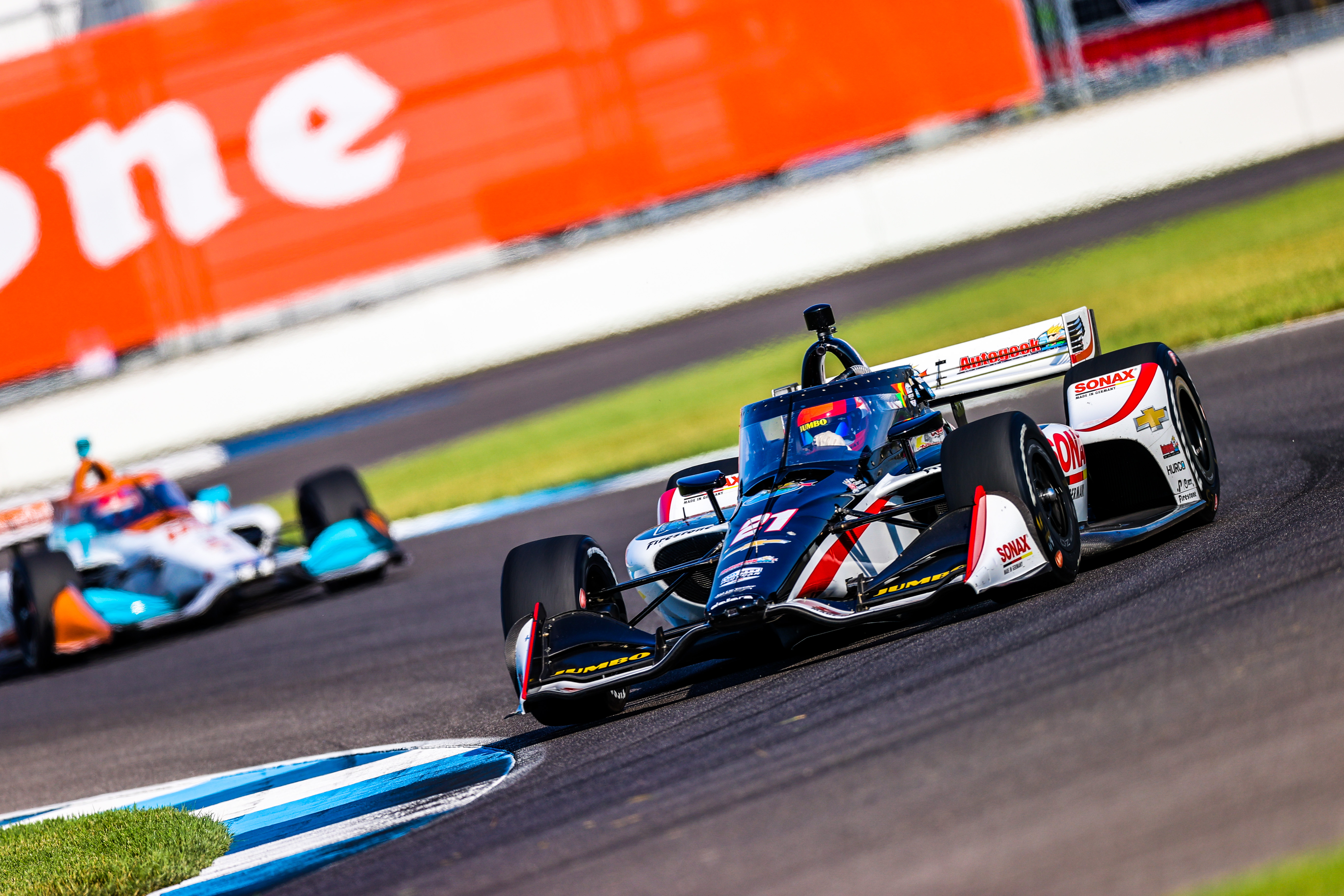 Newgarden ended his poor record of failing to finish in the top 10 at this race with seventh, in another of his consistent performances that help lay the foundations of title charges.

Patricio O’Ward – impressive here with Carlin last year – was left to uphold the SP team’s honour after Askew’s crash and delivered a top 10 like his team-mate had at Texas, beating Santino Ferrucci and Takuma Sato to 10th.

Power could only manage 20th, while another impressive frontrunner Spencer Pigot had been on for a top five for the second year in a row before a late tyre issue on Citrone Buhl’s debut as a team.

Regular title contender Alexander Rossi had a second round to forget in a row with another result outside of the top 10, as he failed to finish with what he believed to be a fuel pressure issue. 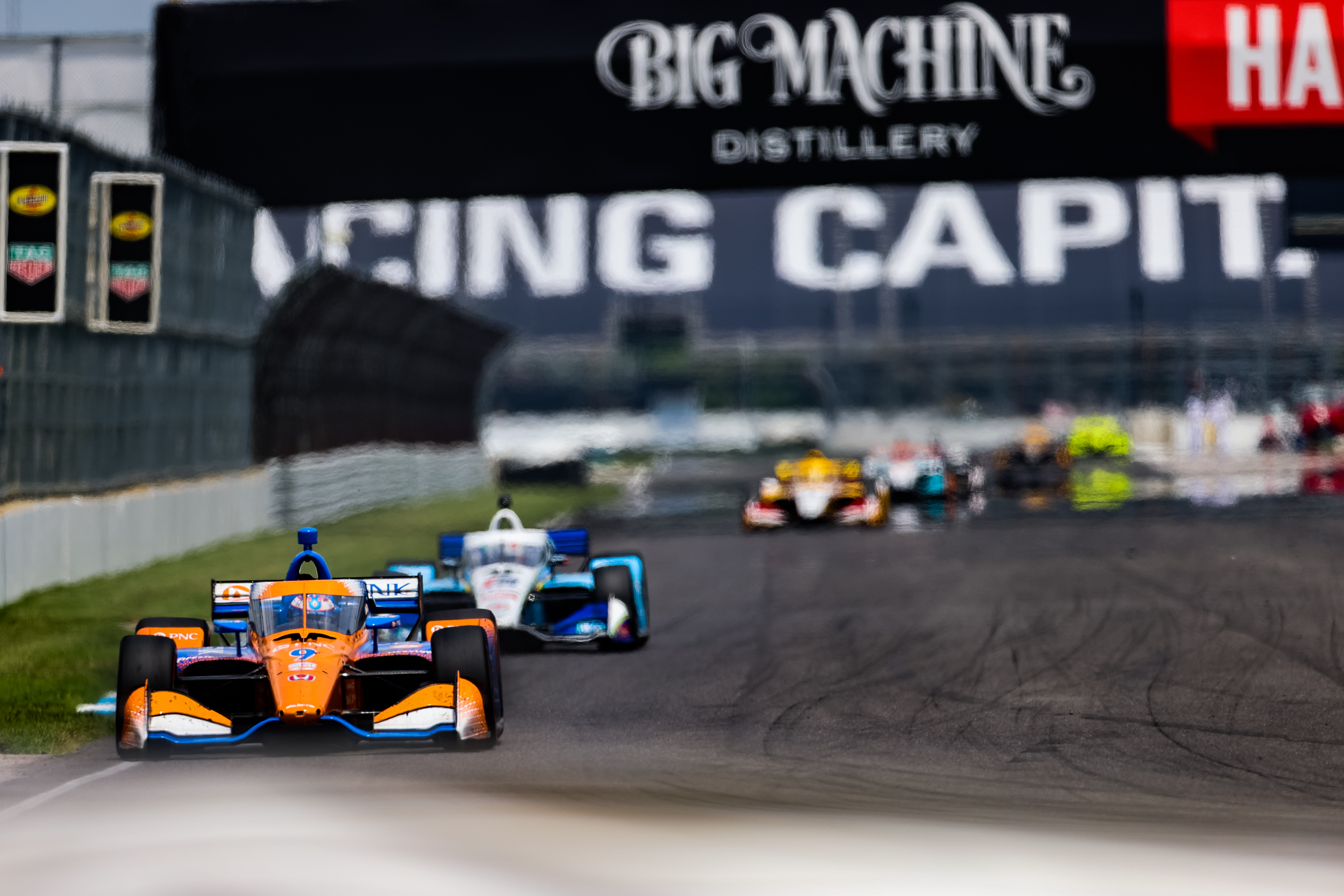