Indianapolis 500 winner Takuma Sato followed up on winning IndyCar’s biggest race last weekend by taking pole for Sunday’s Gateway race, while Will Power scored a 59th career pole for the first race of the weekend on Saturday.

Qualifying was always going to be close after the 22 representative runners in practice were split by less than 0.8s.

Like Iowa earlier in the season, IndyCar used an alternative qualifying format where a driver’s first flying lap sets the grid for race one and the second lap decided the line-up for the second race.

Power has had a rollercoaster season, but Gateway has been a happy hunting ground since his 2018 win at the venue typically dominated by Team Penske. He will start race two from third.

After dominating in practice, another star from last weekend – Indy 500 rookie of the year Pato O’Ward – took second in qualifying for race one, his second effort good enough for fourth best in race two.

Owing to his championship position Scott Dixon was the last driver to run and set the third fastest time for Chip Ganassi Racing, one spot ahead of his team-mate Marcus Ericsson.

With the unusual qualifying format, Sato could only manage fifth fastest for race one, but his lively second lap was the fastest of the session and shot him to the top of the race two leaderboard.

He not only has the momentum of the Indy 500 win, but also won this race last year on an alternative strategy.

The man who dominated last year’s race but lost out due to being on a different strategy, Penske’s Josef Newgarden, will start second alongside Rahal Letterman Lanigan’s Sato for race two.

Newgarden is also one spot behind Sato in race one, lying sixth after suffering a moment at turn one on his first lap.

Behind Power in third, O’Ward and Jack Harvey round out the top five for race two.

Harvey drives for the Andretti assisted Meyer Shank Racing team. He will start race one in seventh, ahead of the best full Andretti driver, Ryan Hunter-Reay.

Colton Herta was the top Andretti driver in race two, and will start 10th. 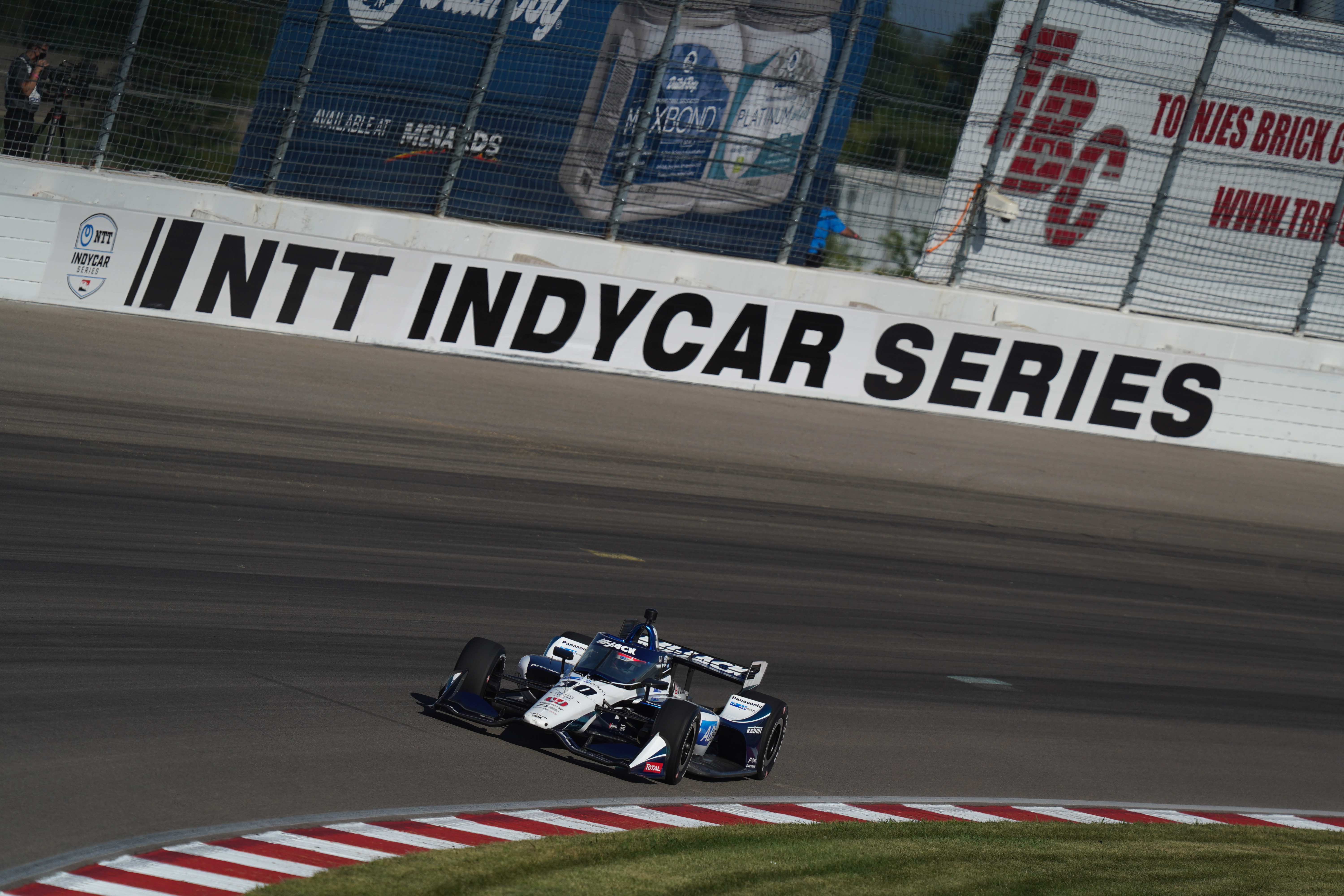