Colton Herta suffered a huge setback with a massive crash in the final practice before the Indianapolis 500.

Herta – who qualified on the front row for last year’s 500 – has had a rollercoaster month where he lost his qualifying slot due to changing an engine and had to run in disadvantageous conditions, meaning he only qualified 26th.

On Carb Day he admitted his Andretti Autosport car had been loose and he carried too much speed into Turn 1, where he lost the rear, hit the wall rear-right side on and then flipped upside down. He also hit the Turn 2 wall and came to rest on the back straight.

.@ColtonHerta has been seen and released from the @IU_Health Emergency Medical center after this crash at @IMS.#INDYCAR // #Indy500 // @FollowAndretti pic.twitter.com/IxJkFZ5QgI

Herta was already on the radio telling his team he was OK before the car came to a rest, and he was told to remain strapped in until the safety crew arrived by his strategist, his father Bryan Herta.

The AMR safety crew – which follows IndyCar’s full schedule – was at Herta’s car less than eight seconds after it came to a stop, and they flipped it over, extracted Herta and transferred him to the media centre. 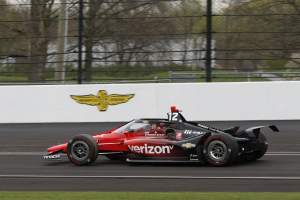 Colton later said he was fine and thanked the series for the safety measures introduced in recent years including the aeroscreen and the side intrusion strengthening.

He admitted he had just been pushing slightly too fast while dealing with oversteer.

“A little bit of sadness for that racecar,” said Herta when asked for his feelings about the crash.

“We were really loose in that whole session and I think I was just going a little bit too fast for that corner.

“I had a wiggle then the air got underneath it.”

Herta has lost his primary car – which is a huge disadvantage because teams spend months attending to the bodywork of their speedway cars and tweaking them through May practice to be primed for the race.

His new car will feature the parts that can be reclaimed from the crashed car, but will mostly be the back-up car.

The status of Herta’s Honda engine may well be a recurring topic over the coming months.

Herta already had to change an engine in qualifying, so his pool of four engines might be used up later in the year and he could have to take an additional unit which means a grid penalty.

There had been another big crash earlier in Carb Day practice as David Malukas and Santino Ferrucci came together. 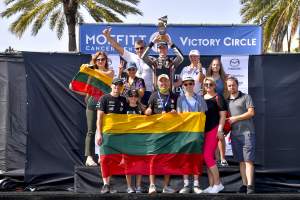 Rookie Malukas – starting the 500 13th after an impressive month for Dale Coyne Racing with HMD – dived down the inside of Turn 1 and Ferrucci clipped his right rear which eventually caused tyre damage, a spin and a big side-on impact into the wall.

Malukas said the hit was probably the biggest of his career, while Ferrucci took the blame for the incident. It looked more 50/50 because Ferrucci couldn’t move much higher on the racetrack before turning in.

Ferrucci was penalised for avoidable contact and told to sit out the final 20 minutes of the session.