The double points Indy 500 has the ability to hugely distort the points table. So before it gets that chance we decided to grade IndyCar’s 2022 rookie class.

It feels good to get back to a more traditional rookie of the year battle after last year’s was realistically between Romain Grosjean, Jimmie Johnson, and Scott McLaughlin.

This season there’s a much more age-appropriate group and working out if any of them are IndyCar’s next stars is part of the fun of the series. Let us know if we’ve been too cruel or kind in the comments section below.

First of all, here’s how the stats stack up, and then we’ll break it down, driver by driver: 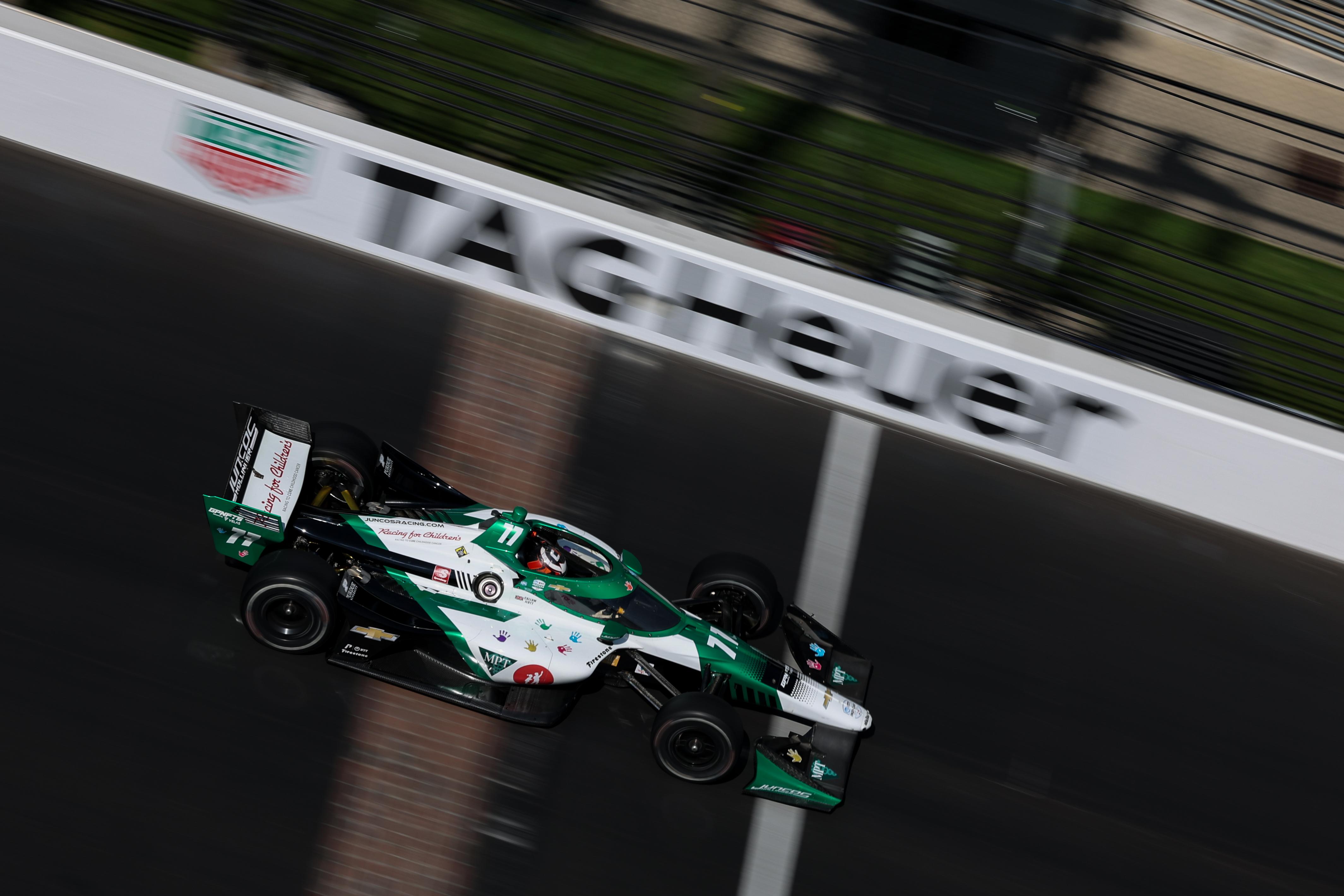 For a one-car team in its first full IndyCar season to have an average start just outside the top 15 is no mean feat, and standout performances at Barber where Ilott qualified 11th then backed that up with a seventh in qualifying at Indy converted to eighth in the race is massive for Juncos as it develops. Remember, the team basically wrote-off the first half of the year as a learning phase.

While the team is still finding its feet there’s going to be errors, and off-track excursions in the last two races knock Ilott’s score slightly. But considering he’s helping to engineer this team to a set-up almost from scratch, it’s been a strong start to the year that points at much more if the team can maintain some form of consistency where it has been strong on the road courses at least.

The last two races – including scoring the best result for a rookie this year in the Indy GP – show this team is on the edge of a breakthrough at road courses. Ilott’s played a huge part in it. 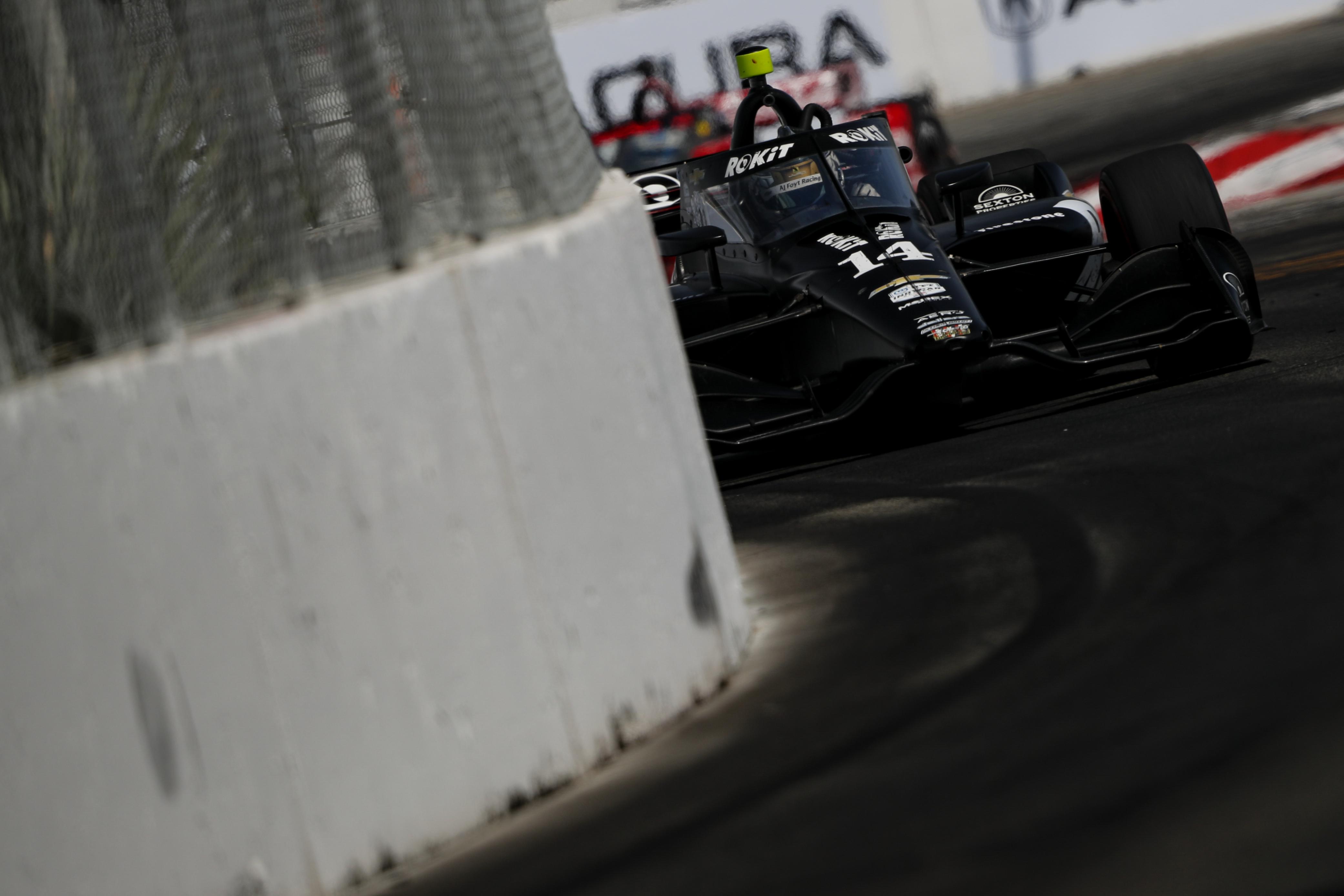 The hardest driver in this pack to grade. On one hand, he’s a generational talent showing flashes of pace that have people comparing him to Josef Newgarden. On the other there’s been one too many errors and a points-per-race score lower than his team-mate Tatiana Calderon’s.

What’s helped Kirkwood avoid a worse score is his average qualifying of 18th, and the fact that he’s regularly one of IndyCar’s best drivers on in- and out-laps when the car is heavy full of fuel and on cold tyres. That’s a sign he has nerve and pure ability.

Errors pushing too hard at Texas and a few trips into the grass at Indy have to be tempered against a lost strong result at St Petersburg where he was pinned on the wrong strategy and a slow stop at Barber that left him a lap down.

There’s much more to come from Kirkwood, but the flashes show the potential is real and, even if we wait until next year and a rumoured Andretti deal to come off, Kirkwood’s a star of the future. 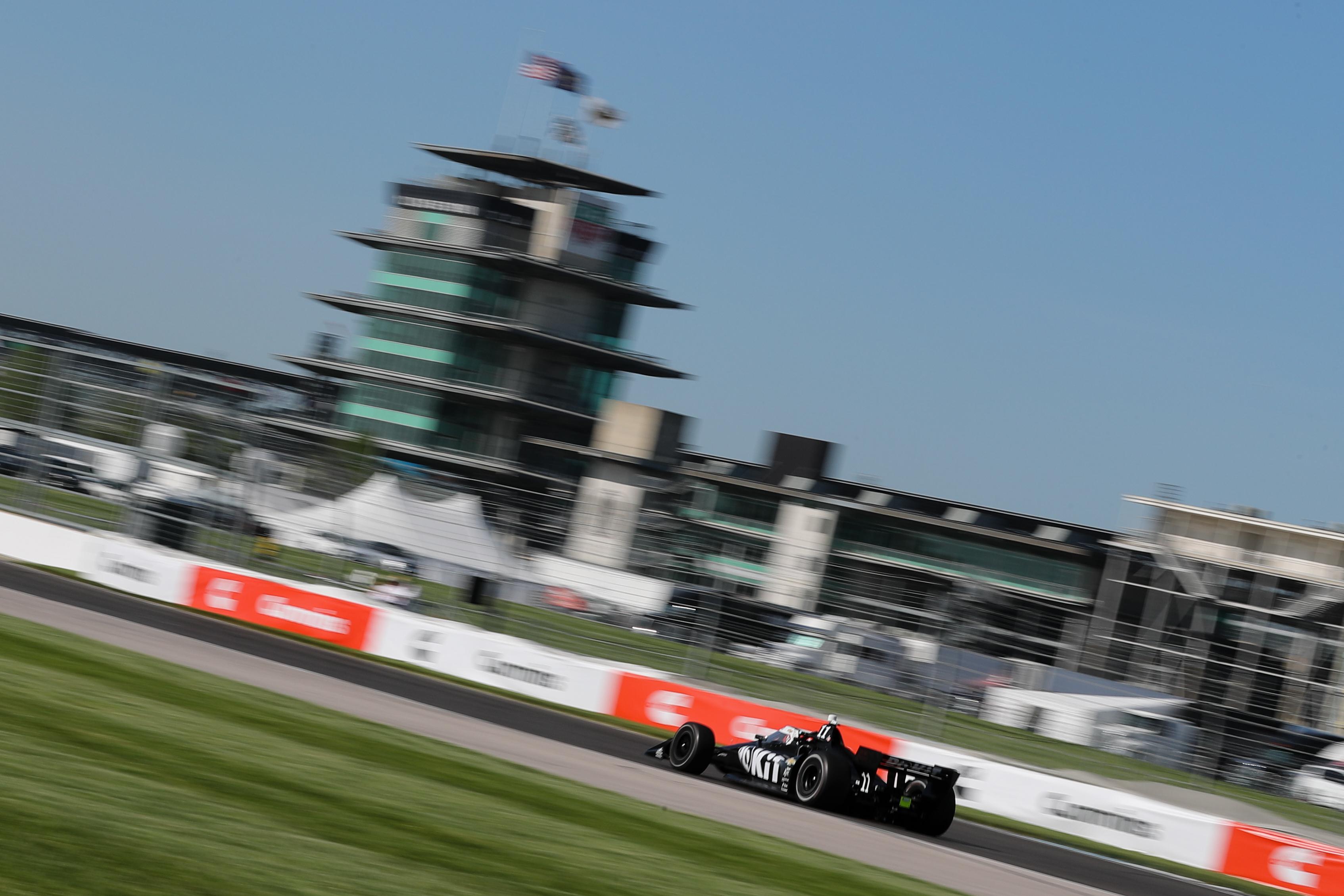 Due respect to Calderon. She came into the season so late with very little preparation, and is racing on many tracks she either hasn’t before or hasn’t for years in the junior formulae.

Her qualifying performances have left plenty wanting, but where you have to give her credit is for getting to the end of races and picking others off as they get greedy or fall by the wayside.

It will be much later in the season and maybe even next year before we see Calderon’s proper potential in IndyCar. Qualifying suggests it’s going to be a struggle to get better but finishing races and logging laps is only going to help. And she’s outscoring team-mate Dalton Kellett in most categories. 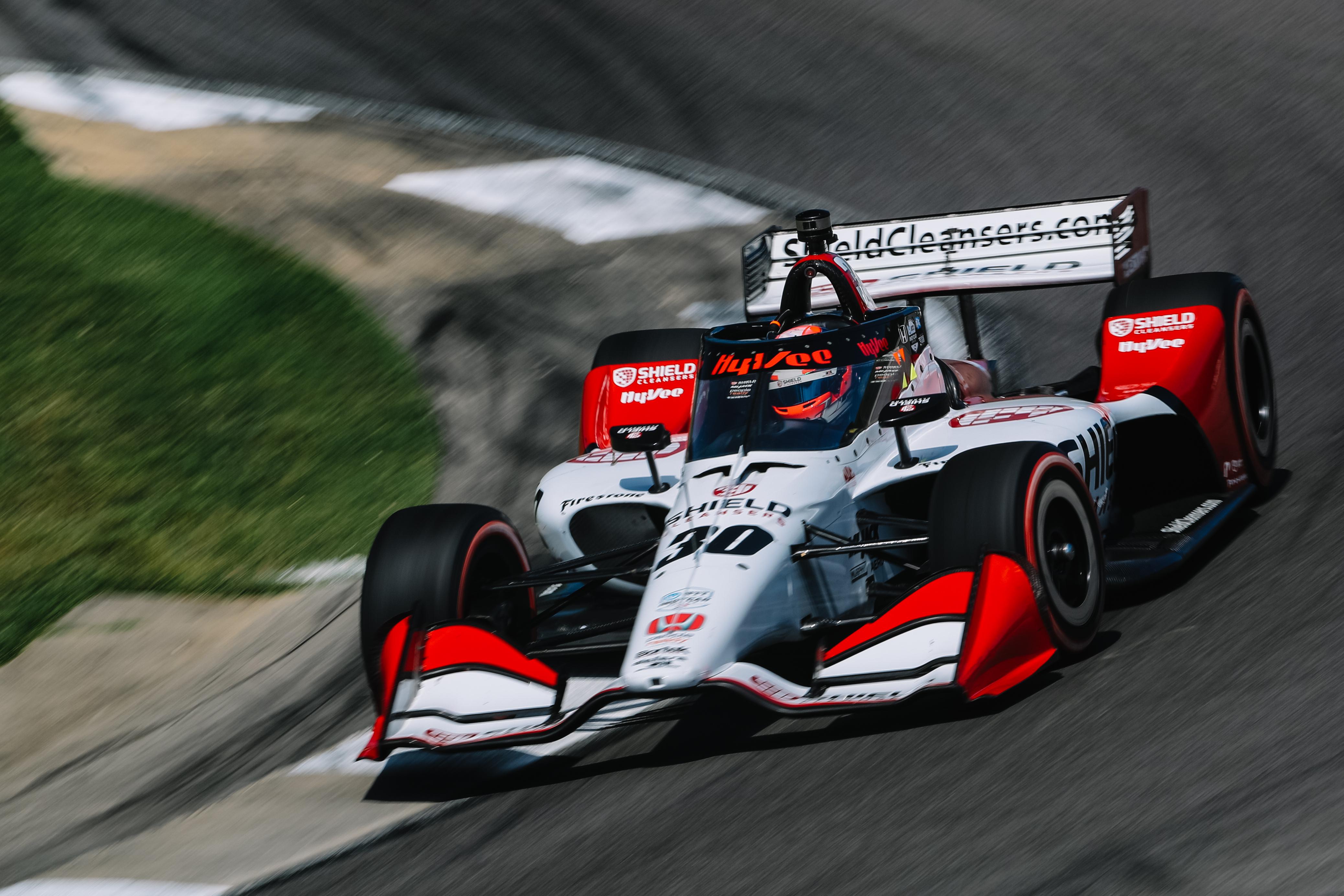 So far he’s the rookie of the year and while 17th in the points might feel disappointing, there’s been flashes of positivity in this season for Lundgaard.

Coming in to a Rahal Letterman Lanigan team in brilliant form in 2021, and with an excellent fourth in qualifying at Indy on his debut last year, hopes were high. But the RLL team as a whole has struggled – drastically at some tracks – to rekindle that form in 2022.

Lundgaard is leading the rookie race more out of Ilott’s mild inconsistency and not quite achieving the peak results that have been on the table, but there are still big pros.

An average finish of inside the top 15 for a rookie always has to be the aim and he’s the only driver achieving that in this crop, and his score is better than Alexander Rossi’s or team-mate Jack Harvey’s to illustrate how difficult it can be.

His eighth in qualifying converted into ninth in the Indy GP was a big boost to remaining the top rookie. It feels like any lack of reaching his potential is team-based at the moment and he’s very sensibly not overdriving and taking the results on the table, which certainly boosts his score as others on this list are guilty of going the other way. 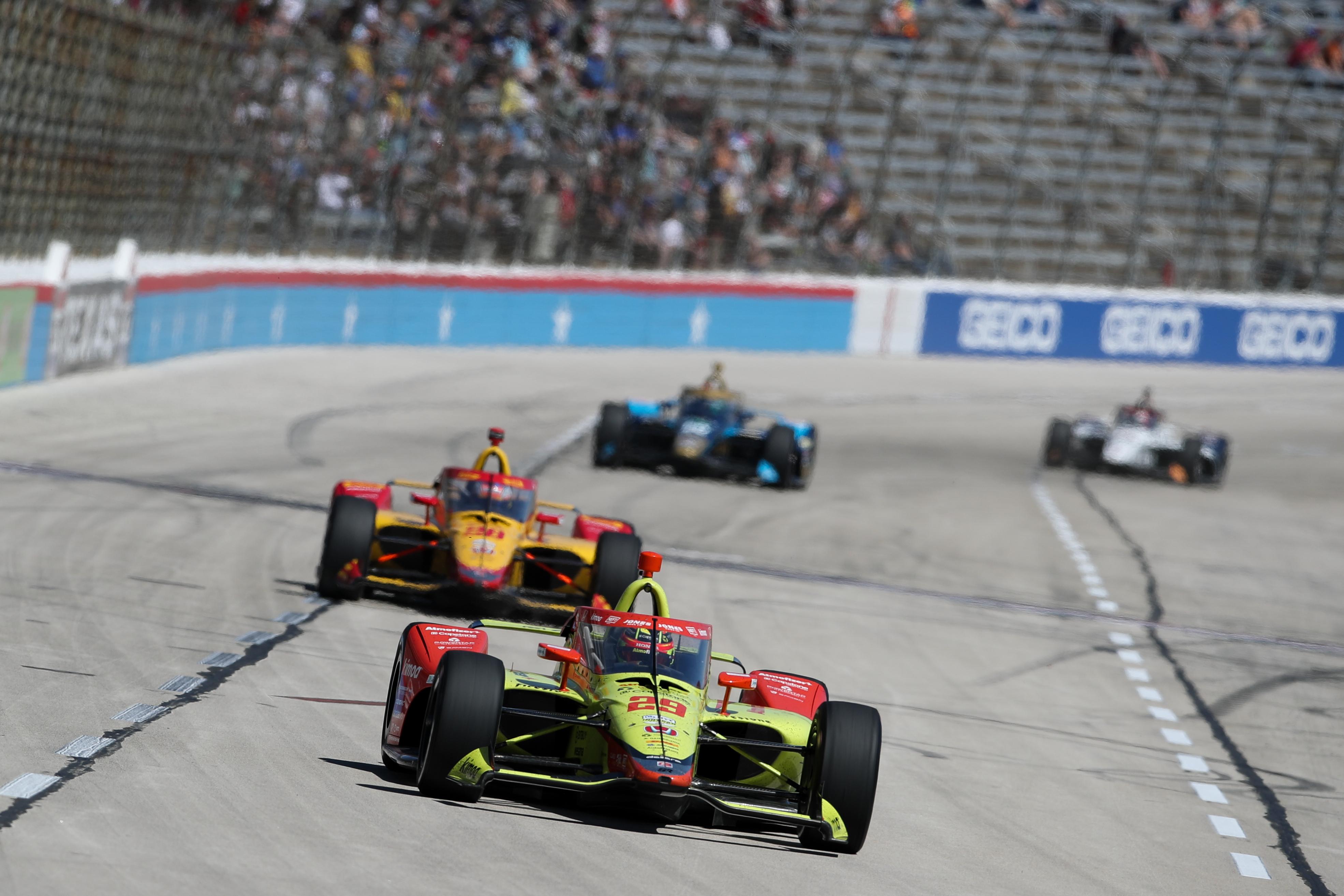 DeFrancesco was another tough driver to grade as it feels like there have been real flashes of pace and signs of progress at times, but the stats are hard to argue with at this time.

Two crashes, with Helio Castroneves and Graham Rahal at Texas and alone at Long Beach, were his fault and really hurt his average finish, but the qualifying form has to improve too given he drives for Andretti.

As was expected pre-season, driving an Andretti car was going to put a bit too much expectation on DeFrancesco, but historically he has got up to speed with a bit of time and patience. There’s no doubt there’s potential there, unlocking it and on a more consistent basis has to be the key. 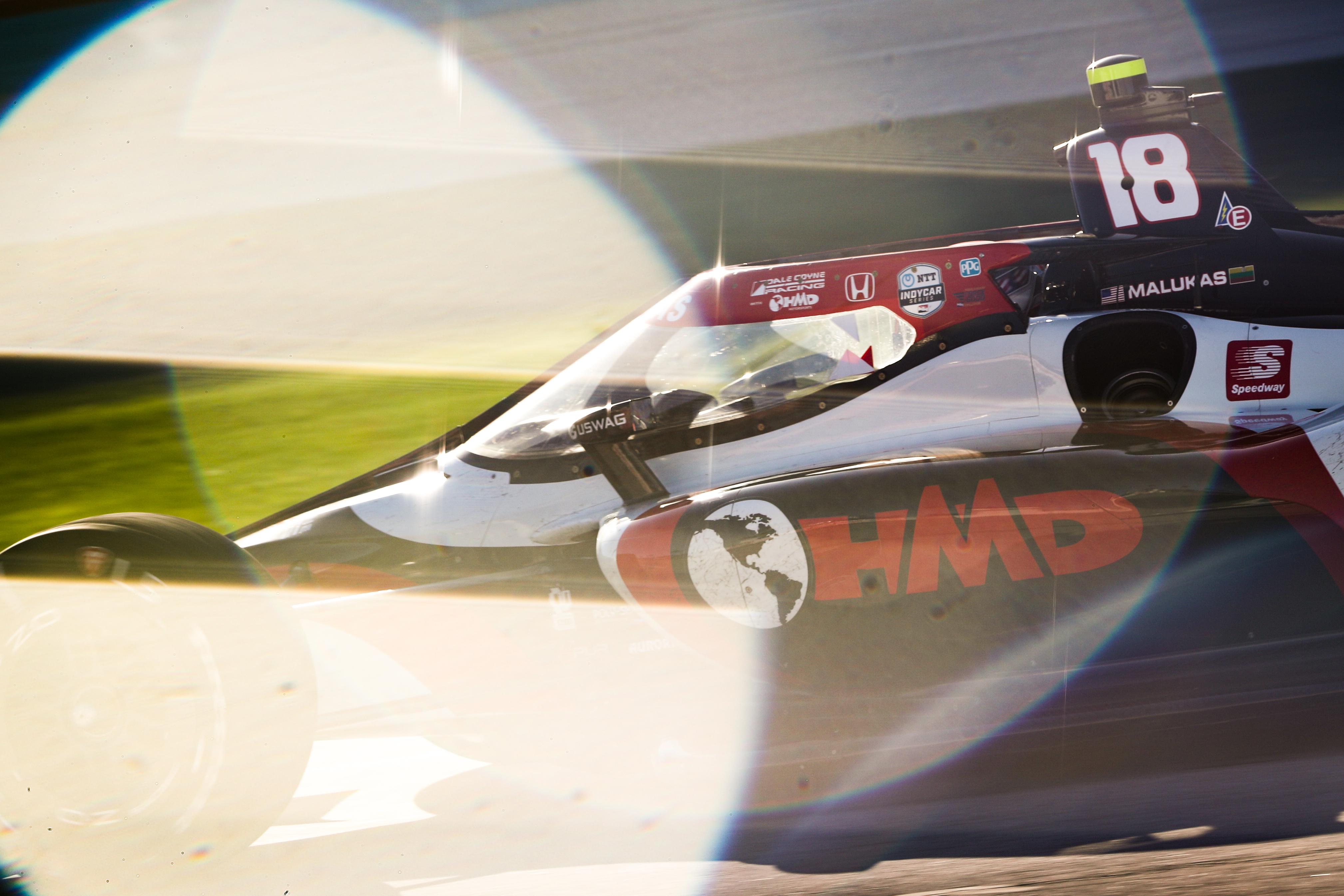 It feels like Malukas has gone totally under the radar in 2022 after fighting Kirkwood to the last race in Indy Lights last year.

He’s ahead of Ilott in the points but starting five places further back on average each event, and his average finish is only fractionally better.

Crashes at Long Beach and St Pete haven’t helped, but Texas was a real moment of the season as he took an 11th place as many rookies fell foul of trying too hard on their oval debuts.

He kept his nose clean last weekend to take an 11th too, which has boosted his stats, but it still feels like there’s much to come from Malukas.

Having a bit more time to learn from the evergreen Takuma Sato might help, and we know what working with Dale Coyne and his team can do for young talent.