American driver Sting Ray Robb has claimed the final full-time seat on the IndyCar grid and will race for Dale Coyne Racing in 2023.

Robb won the 2020 Indy Pro 2000 championship, and then finished eighth and second in two attempts at the Indy Lights championship. 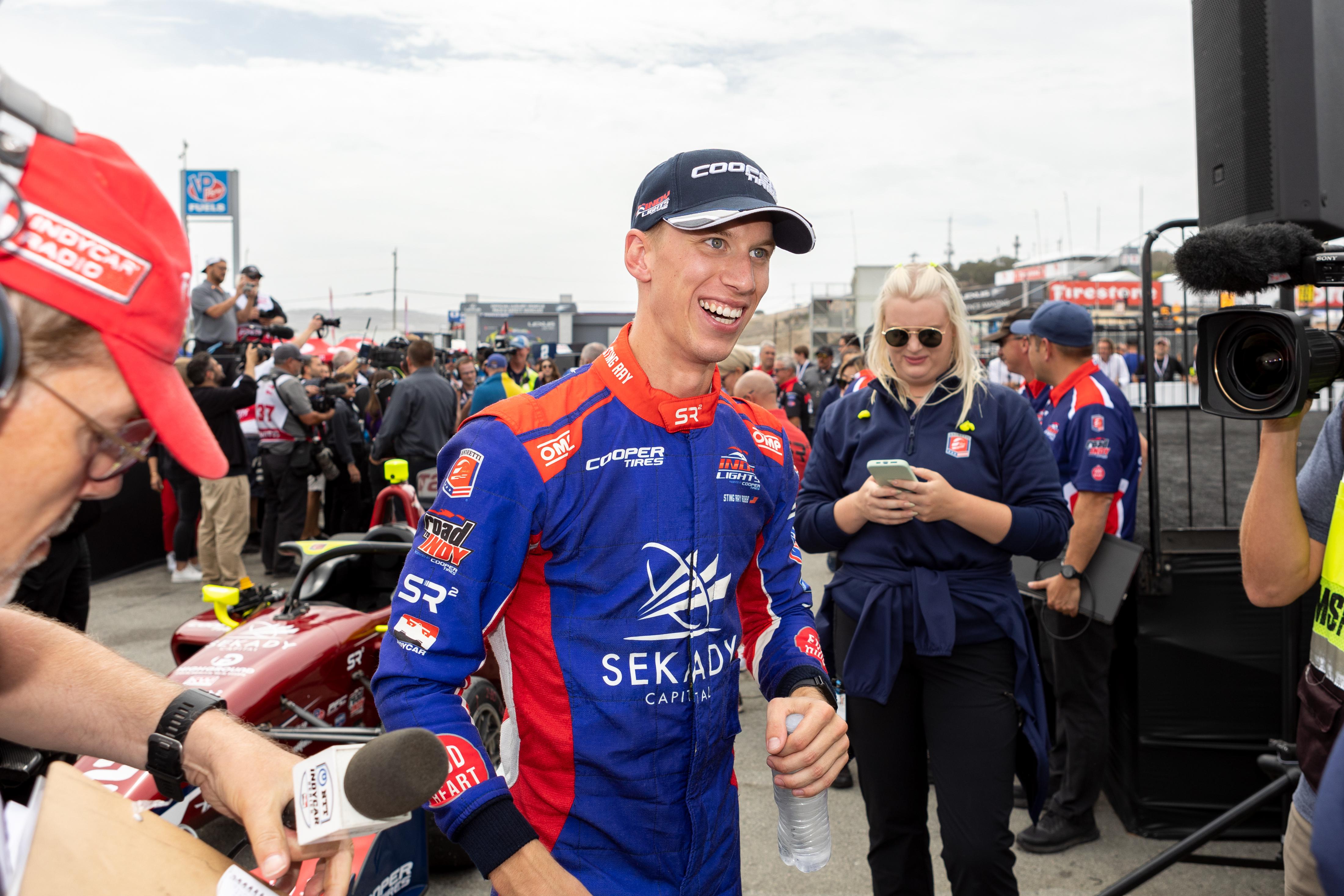 The 21-year-old emerged as a contender for the second Coyne seat – the first being occupied by David Malukas – relatively late.

It was originally expected that Takuma Sato would return, but rumours over his retirement or a part-time schedule were put to bed earlier this week when it was announced that he will race for Chip Ganassi Racing on the ovals, sharing a car with road and street-course driver Marcus Armstrong.

Armstrong was another to be linked to the vacant full-time Coyne seat before his Ganassi move, and it then became clear that well-backed Robb was the favourite for the seat.

“This is an opportunity – a dream – that has been long in the making,” said Robb.

“I’m honoured to join forces with Dale Coyne, Rick Ware and the whole organisation. I am excited and grateful to be on the IndyCar grid for 2023. We had a great first test together in early January and I was very impressed with the efficiency of the DCR with RWR [Rick Ware Racing] team and how well we worked together on our first day.”

The only major uncertainty over Coyne’s season is whether it will attempt to run a third car at the Indy 500. With Sato leaving and Robb taking the second entry, that’s not expected.

That Honda engine lease will likely go to Rahal Letterman Lanigan or Chip Ganassi Racing if Jimmie Johnson elects to do the event.

IndyCar might be giving F1 converts a wrong first impression