Aston Martin’s Lucas Blakeley has taken the lead of the F1 Esports Pro Championship away from last year’s champion Jarno Opmeer thanks to a double podium finish in the first two races of event three.

The Scotsman was the fastest in qualifying at Portimao and just 0.013s ahead of 2019 F1 Esports champion David Tonizza who was second on the starting grid.

Before DRS was activated at the start of the third lap of the race, Blakeley had already pulled out a gap of over a second from Tonizza. The lack of DRS for the Ferrari driver meant he was put under pressure from the drivers behind and was unable to catch up to Blakeley.

The only driver who was able to escape the DRS train and eventually reduce the gap to Blakeley was Frederik Rasmussen who qualified in sixth and elected to start the race on the medium compound tyres whereas those around him started on the softs.

The Red Bull driver’s overcut strategy saw him still retain sixth place once he left the pits on softs whereas everyone else was on partially worn mediums. The grippier tyre compound gave Rasmussen enough of a pace advantage to easily pass his way up to second place but still 4.2 seconds behind Blakeley. 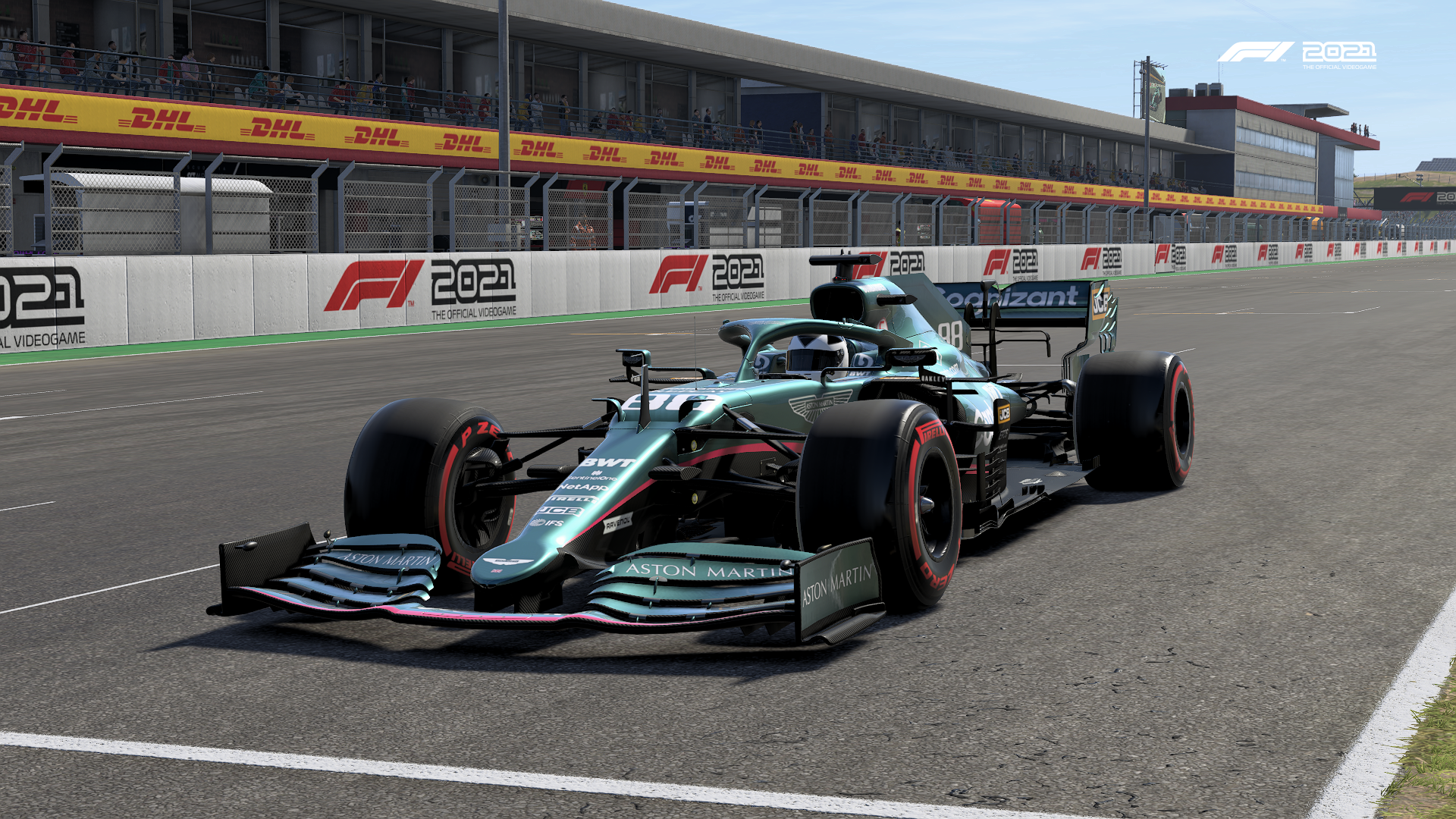 In the final seven laps, Rasmussen was able to reduce his deficit to Blakeley down to 1.9 seconds, but it was the Aston Martin driver who won in Portimao. He became the third driver, along with Rasmussen and Opmeer, to win two races in this year’s F1 Esports Pro Championship.

Defending champion Opmeer was knocked out in Q2 and started the race in 11th place. He made up four positions to finish the race in seventh place and score six points, but the race win for Blakeley means the Scotsman took the lead of the drivers’ championship away from Opmeer and had a five point advantage over the Mercedes driver.

The second race was run at Zandvoort and it was McLaren’s Bari Boroumand who started from pole position with last year’s race winner at the circuit, Rasmussen, joining him on the front row.

A better launch from the grid put Rasmussen alongside Boroumand into Turn 1 and the pair ran side by side until Turn 7 when the Red Bull driver completed the move as he had the inside line.

In a role reversal to the earlier race, Blakeley was the leading medium tyre starter after qualifying in third but dropping behind Alpine’s Patrik Sipos for fourth on the opening lap. All of the other drivers who started towards the front of the grid were on the softs to begin with.

The soft tyre starters changed over to mediums in the opening laps, with Mercedes’ Dani Moreno (pictured below) benefiting most from the pitstop period after starting in fifth and moving up to second place by undercutting those ahead of him. 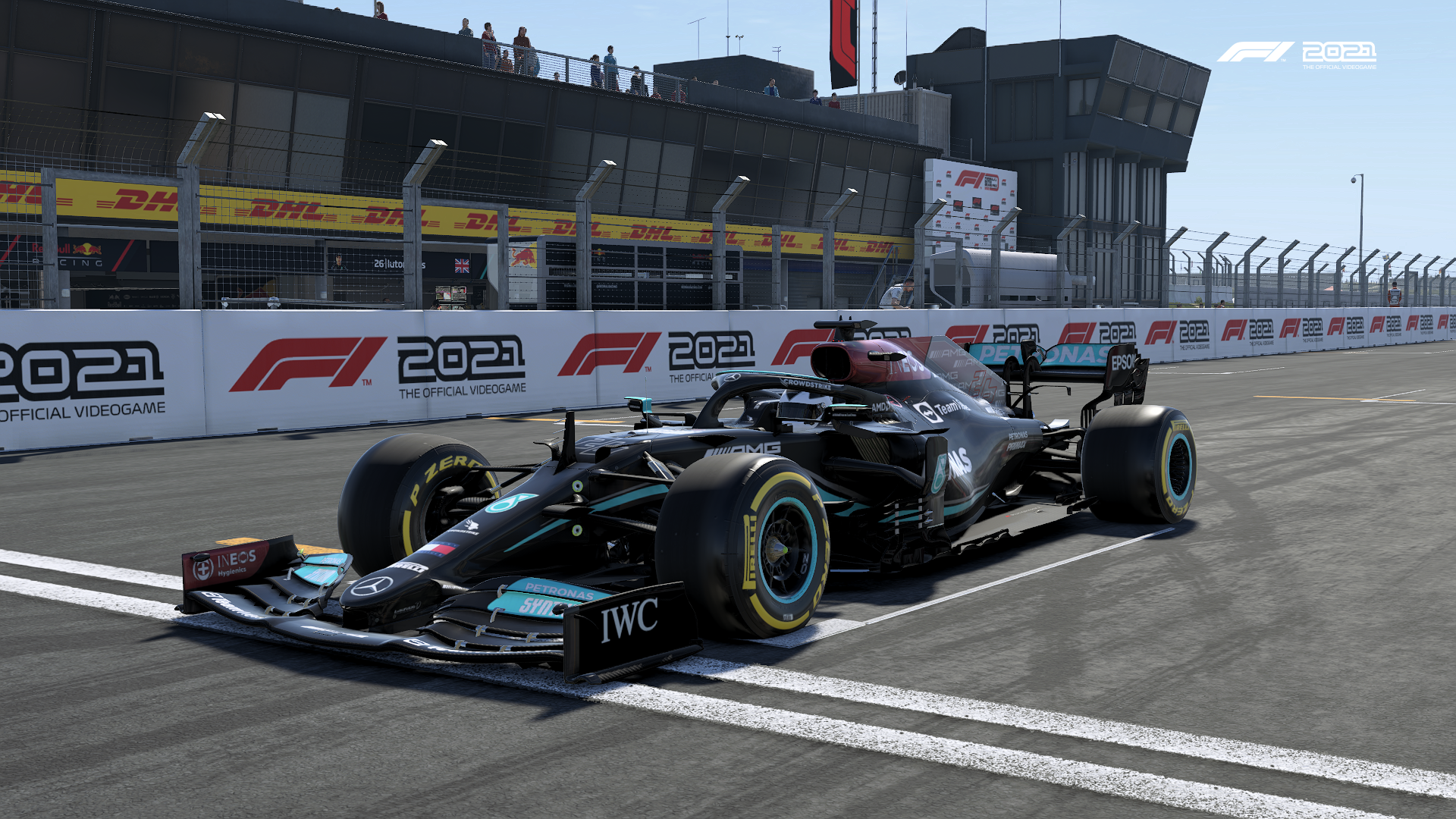 Blakeley’s later switch to softs saw him exit the pits in fifth place but he then passed the medium tyre shod drivers of Sipos and Boroumand to move up to third within three laps of leaving the pits.

Moreno slipstreamed his way past Rasmussen to take the lead of the race and Rasmussen was unable to move back into first place in the final six laps. That meant Moreno took his first ever race win in F1 Esports.

Despite the softer tyres, Blakeley couldn’t overtake either Moreno or Rasmussen, but he crossed the line in third to outscore Opmeer and extend his drivers’ championship lead.

Another sub-optimal qualifying performance by Opmeer meant he qualified seventh in Zandvoort although he did finish the race one position higher up than where he started but still three behind the now championship leader Blakeley.

The Aston Martin driver now had 127 points his name with four races in the F1 Esports Pro Championship still to run whereas Opmeer in second has 115 points and two second place finishes for Rasmussen means he now only trails Opmeer by one point in the standings.

Mercedes and Red Bull entered event three tied on points but an anonymous couple of races for Marcel Kiefer, finishing ninth in Portimao and then 10th in Zandvoort, means Mercedes has pulled away from Red Bull in the teams’ championship as the German marque has 191 points compared to 179 from Red Bull.

The final round of the season will take place on December 15, with races at Imola, Mexico and Brazil.