The name Fabien Pauchet will mean little to the vast majority of people in the motorsport industry, but his spirit and skill as a driver will be paid a heartfelt tribute by double Formula E champion Jean-Eric Vergne next week.

Vergne, eight years the junior of Pauchet, looked up to him as something of an elder brother when he started his journey in motorsport on the karting scene in the late 1990s.

Pauchet’s story is one of a pure but brittle talent that was largely squandered due to complex family matters and ended with a colossal ‘what if’ when his life was cut tragically short at the age of 19.

His talent was nurtured mostly by Vergne’s father, Jean-Marie, who founded the RKC karting facility in Cormeilles, northern Paris in the 1990s, and ran Pauchet in a team with experienced engineer and kart industry guru Christian Boudon.

They won many races together and gave a 16-year-old Fernando Alonso a serious run for his money in 1997.

“Fabien was a kind of genius really, just so fast,” Vergne told The Race.

“He was a natural. In the wet – a magician, and on pure talent the most talented I have ever seen.

“Obviously not many people know him but I did, and he was a special person and very clever driver, his name deserves to be remembered.”

That is why Vergne will pay tribute to his friend at the forthcoming Formula E season finale races in Berlin, where the DS Techeetah driver will wear the helmet colours of his late friend.

Indeed, Vergne (pictured below) was so mesmerised by Pauchet’s ability that he initially raced karts in the very same colours in his early competition years. 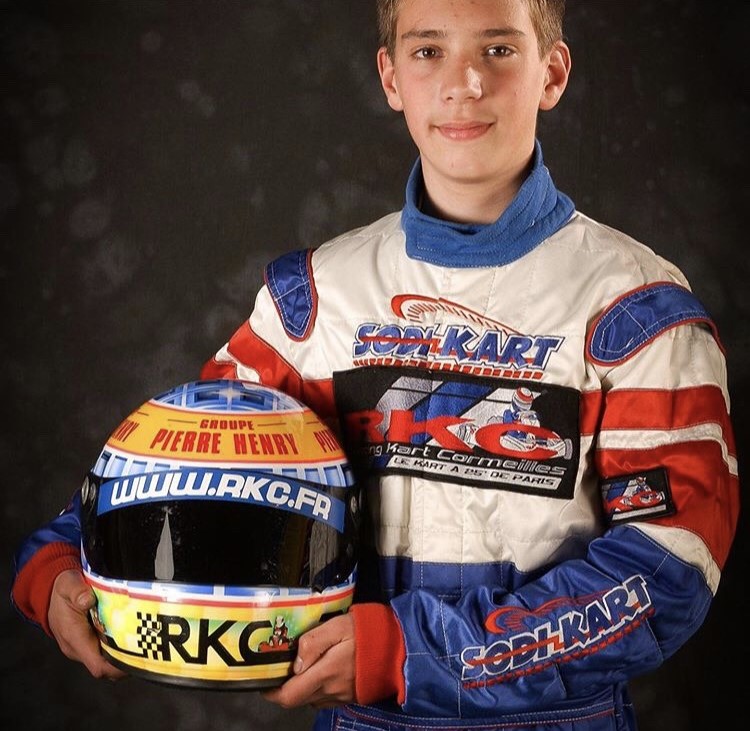 Trying to find out details of Pauchet’s career is not the work of a moment. Information is scarce but one particular meeting stands out – the 1997 Intercontinental A European Championship finals in Genk.

“Alonso had won all his qualifying heats but so had Fabien,” says Vergne.

“He [Alonso] was under pressure from Fabien in the final when he crashed. Fabien took over but then a piston broke on his engine and he retired too.

“He could have won but he was denied by really bad luck. He should have gone on to a great career in racing but it didn’t work out for him sadly.”

Disappointingly the momentum started to fade for Pauchet from 1998 onwards which was when his destabilising family circumstances impacted on his prospects.

He was taken away from the security of the Vergne family home, and his father started to exert influence and control.

However, the promise and focus in karts soon petered out and Pauchet was instead encouraged to compete in rallying. At regional and national level events he tasted moderate success but the natural fire in his talent appeared to have dimmed.

Pauchet’s father, who worked for a time as a mechanic at the Vergne run karting facility, contributed to a complicated home life and no doubt impacted upon his son’s progression.

“The driver I found when I first met him was a very sincere kid with a very big heart and a magnificent talent, this you could see immediately,” says karting engineer Boudon.

“What happened with his father I can’t comment about because I don’t know the full details but it didn’t seem to help his career for sure.

“What really made Fabien stand out though was his ethical approach on the track, he was very correct. He like to do things just right.

“But above all his speed was amazing and with this he also had a very clear feedback. Like that of a man, not a kid. He could tell you everything about the kart or the race in five minutes and never waste a word. I never before see this at an age so young.” 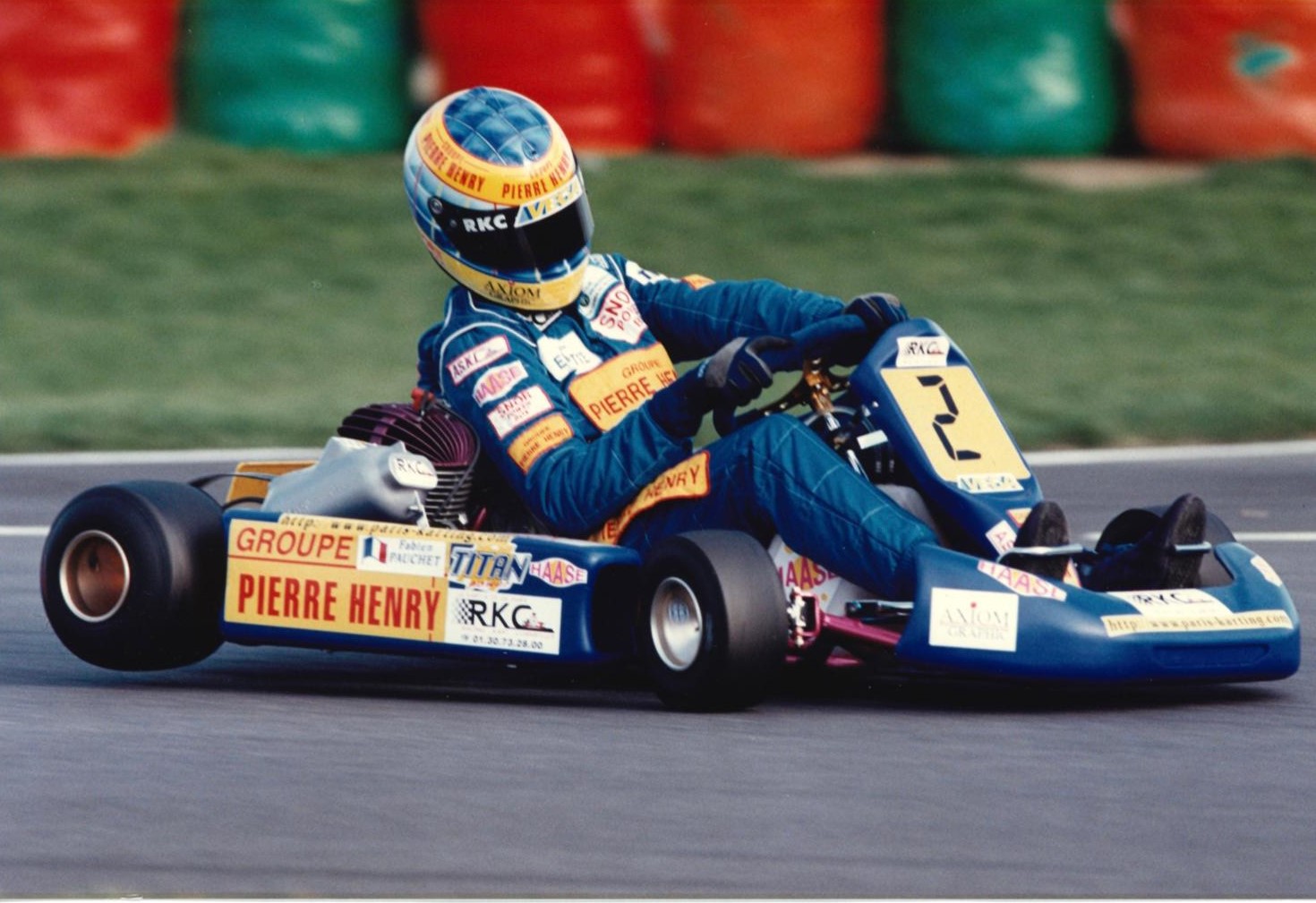 On September 21, 2001 at just 19 years of age, Pauchet’s life ended in shocking circumstances when he was killed in an accident while testing his rally car.

The Vergnes were devastated by the loss and at the age of just 11, the younger Vergne had to face up to the fact that his first racing hero had been lost forever.

Almost 20 years on Vergne will again pull on the light blue and yellow casque that Pauchet used in his karting achievements. A band around the top will bare Pauchet’s name for it to be celebrated.

“I have worn a tribute helmet before [the unmistakably cool Francois Cevert design at Monaco, in 2013],” says Vergne.

“I don’t need to do it again for old heroes and racers. But for Fabien it really means something personal, so I can show everyone that this guy was a special person and a mega talent.” 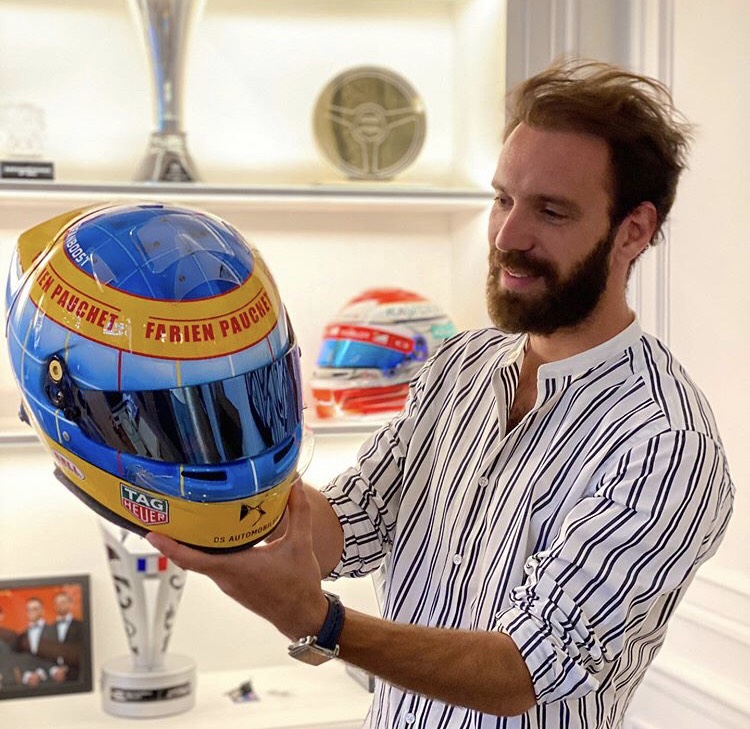 The magnitude of Pauchet’s talent is also echoed by Boudon, who says he has “every reason to believe he [Pauchet] could have followed Alonso and Jean-Eric in to F1 and to make a successful professional career.”

“He knew Alonso was the big man, the driver to try and beat, but he just said ‘Tell me how I can do it and I will,’ it was that simple for him.

“He was a great kid and his loss was to racing because given different circumstances he would have been much better-known for sure.”

Images supplied by the Vergne Family and KSP Reportages 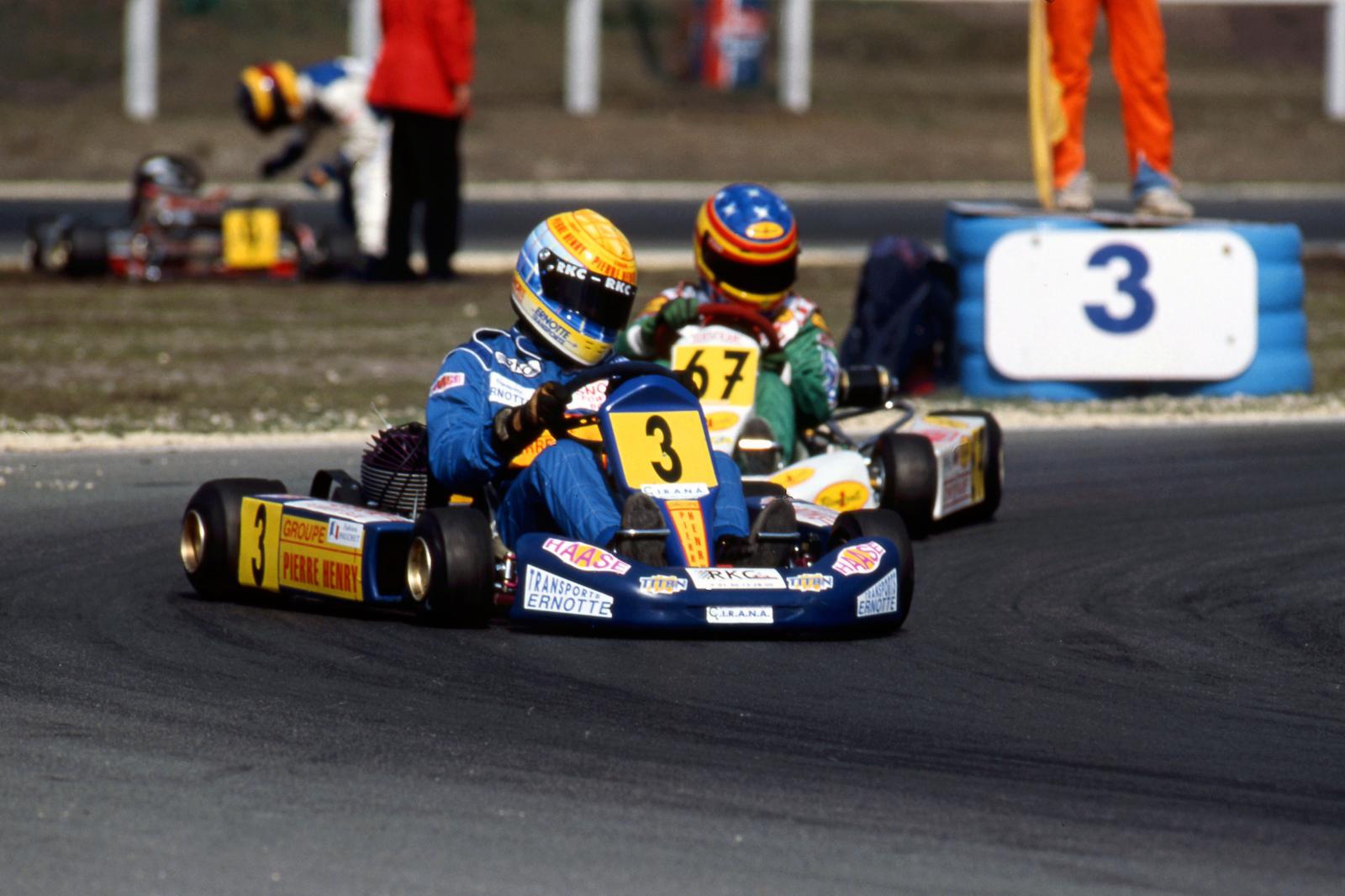