Tuesday marks the deadlines for tenders to be received by the FIA for expressions of interest and completed documents from companies that want to supply key spec components for the third generation of Formula E car.

The Gen3 car is currently due to make its debut in the ninth Formula E season, scheduled for 2022/23.

The FIA extended the initial tender deadline by two weeks in light of the coronavirus crisis but over the coming weeks technical delegates in Geneva will be pouring over the tenders to see which proposals have the best attributes.

There are four key areas being addressed for the new car: chassis, battery, tyres and charging infrastructure. The selection is expected to be announced on June 19 at the next World Motor Sport Council meeting should that be able to go ahead. 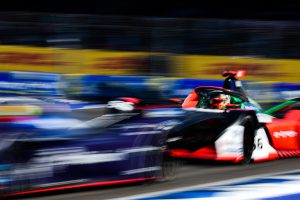 When the choices are finally approved, the timeline for the Gen3 cars will begin with a design specification approval from the FIA by October 2020, the first crash test by August 2021, one development car delivered to FE manufacturers by January 2022 and deliveries of the race cars by August 2022.

As reported by The Race last week, manufacturers are currently in talks with the FIA and Formula E Operations about whether the Gen3 plan could be adapted or possibly delayed because of the current coronavirus induced disruption to both the automotive and motorsport industries.

But for now the series is sticking to its technical road map schedule, and with world championship status for Formula E arriving in December of this year, the pressure will be on to ensure that the right technical and commercial choices are made to safeguard one of motorsport’s biggest success stories of the current century.

So what are the main differences we can expect to see between the Gen3 model and the current Gen2 hardware?

“There are many interesting points of difference,” says The Race’s technical expert Peter McCool.

“There is to be energy recovery from the front wheels and still only the rear wheels can be ‘powered’.

“The car must be smaller and lighter than the Gen2 car with the maximum car width reduced from 1800mm to 1700mm and the length reduced from 5200mm to 5000mm.

“The max car height remains the same at 1250mm but the target car weight is now 780kg as opposed to the current 900kg (including driver).”

“Taking 120kg out of the battery will be difficult. There are not a huge number of companies that can make a racing car battery to meet these specifications” :: Peter McCool

The RESS energy storage system weight should not exceed 284kg (it’s currently 385kg) according to the tender brief.

The target RESS energy storage is set to differ slightly by just 1kWh, while the maximum power out of the RESS is up 100kW from 250kW to 350kW for a qualifying maximum. The power for the race will be 300kW.

“The concept of the changes is to obviously maintain the great racing we have seen in Gen2 with a more powerful, nimbler and narrower car,” says McCool.

“Formula E and the FIA want to ensure that it stays at the cutting edge of technology and allows manufacturers, battery suppliers, etc to keep pushing the development envelope of EV technology.

“I think that these regs certainly encourage that.”

But McCool warns that it will be far from easy to achieve the aggressive weight targets demanded by the FIA tenders.

“Taking 120kg out of the battery will be difficult. There are not a huge number of companies that can make a racing car battery to meet these specifications,” he reckons.

Then there are outsiders such as Rimac, which Porsche Engineering acquired a 10% stake in last year, that could potentially show interest in the battery deal.

The Race revealed last month that neither Porsche itself nor BMW were interested in tendering for the that role.

“From the chassis tender perspective there are not many companies that could deliver such a complicated one-make racing car. These are Spark Racing Technologies/Dallara, Williams Advanced Engineering, McLaren Technologies, Red Bull Technologies,” suggests McCool.

Specialist racing car constructors such as Tatuus, ORECA and Dome may well tender but are less likely to have all the capabilities needed, while some companies could proffer joint bids – especially in light of the current crisis.

There is little doubt that the tender for the Gen3 car is the most advanced and complicated yet. The car specification is particularly challenging given the 780kg weight target.

“This is a considerable saving of weight over the current car,” says McCool.

“It would appear that the FIA expects the Front Powertrain Kit to include MGU, MCU, transmission and driveshafts to be fitted inside the monocoque and mounted inboard. Although using hub mounted generators is not precluded.

“Designing a bespoke hub mounted solution with integrated brake disc/caliper could be a really nice and simple solution.

“There is a significant increase in the un-sprung mass of the front wheels and the wheel tether specification will need to be amended to account for the extra mass of each front wheel assembly.

“But the chassis design would be much closer to the current spec without the complexity of finding space for an MGU/MCU and adding driveshafts, etc.”

There will have been several obstacles to clear even before the tender documents were released last December, including something called Driveline Shuffle Response (DSR).

“The FIA are aware that by adding a forward powertrain kit to the front of the chassis they could create an unwanted, low frequency mode of vibration known as a DSR,” says McCool.

“A hub motor/generator solution would mitigate this risk. Although with an inboard mounted MGU and driveshaft combination it is relatively simple to model the system vibration modes to ensure you don’t set up unwanted resonance – but you must do this during the design phase to avoid it happening. It takes a lot of time to solve once it happens.”

Another key factor in the overall package for the third rules set will be the fast charging infrastructure. This must be closely matched to the battery manufacturer’s requirements in the final specification.

“The ability to fast charge the battery will be a technical concern, not because it is particularly hard to do,” says McCool.

“More because it will be hard to model the effect on battery performance as a result of the combination of fast and slow charging.

“If you are only ever slow charging then you can easily predict battery performance – and loss of performance – from a relatively small sample of test charging cycles.

“But if you have a random sample of fast and slow charges it gets much harder to extrapolate the data accurately.”