NIO 333’s team principal Christian Silk always said he’d stop travelling at 55 and he’s been true to his word as he exits his role officially next month after attending his final races on home soil in London last week.

The former Benetton, Renault, Williams and Marussia F1 engineer will pursue a long-held ambition to follow up on his motorsport career by completing an MSc in environmental science in an effort to try and help accelerate the action that is needed to help us all lead more sustainable lives.

A replacement for Silk at NIO 333 will not be confirmed until after the season but in Berlin, it is expected that the current operations director, Russell O’Hagan, will stand in until a long-term alternative is confirmed.

Vincent Wang (CEO) and Alex Hui (executive director) will handle all team affairs before deciding on the new team principal.

For Silk, it’s been a long term plan to move away from his present role and it is one that the majority owners of the NIO 333 team (BIE) have known about for a while now.

“They have been very supportive of it and the likelihood I will carry on doing some work for them anyway, on the environmental side,” Silk tells The Race.

Silk’s career has seen many highs and lows and like his part in the fight against climate change, it has seen numerous challenges tackled head-on.

“I’ve been really lucky, working with Michael Schumacher and Fernando Alonso, both great drivers to work with,” he recalls.

“I think the technical challenge of working with an active car with four-wheel drive was quite a stretch. 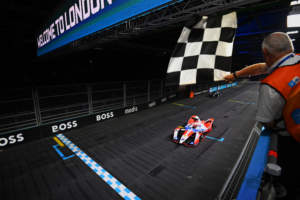 “That was definitely one of the most interesting projects I have worked on, but tell the truth there have been many interesting engineering challenges during my career.”

But now the focus is on helping to save the planet rather than the intricacies of Oliver Turvey’s understeer or the vagaries of new coding needed for software development on the NIO 333 cars.

“My wife and children are scientists, and we generally know the research and facts on climate science,” he says.

“We’ve brought up our kids, we’ve fed them well, and taught them and all the thing you do as parents and to give them the best possible start in life.

“But we’re actually failing them on the fundamental thing of having a planet to actually live on. This was a stark realisation and a catalyst for action”

There are plenty of things in motorsport paddocks all over the industry that rarely back up notional motivations to make a difference in the battle against climate change and to be more sustainable.

We’re probably all guilty of actually not practising as much as we preach but Silk is not one of them.

As comfortable at an Extinction Rebellion march as he is in post-race debriefs, he cares deeply about the inevitable threat of mass planetary disruption.

“In 2016-17, if I’d gone talk to anyone about the climate crisis in the Formula E pitlane they’d look at me as some sort of freak.” :: Christian Silk

The recent series of cataclysmic weather events from a record-breaking heat-dome in Canada, floods in Germany, China and Belgium through to flash flooding during the New York E-Prixs last month have cost thousands of lives.

“It’s no longer a case of you needing climate sciences to tell you what’s happened with climate change. Even on the way home from the London E-Prix we saw extreme rainfall and flooding,” Silk added.

“You can’t say one extreme weather event is triggered by climate change, but you can say they are much more likely as the atmosphere heats up.”

“What is frightening is that we are not going to avoid the worst of climate change because the governments aren’t doing enough. Even though the UK Government are hosting CoP26 (UN climate change conference) this year they are still signing off new oil fields and a big road-building plans.

“I’ve known about climate change for a long time, it was obvious in the 90s and there were plenty of scientific papers coming out then.

“I have always been under the illusion that the government would do something about it and that they’d have our best interests at heart. 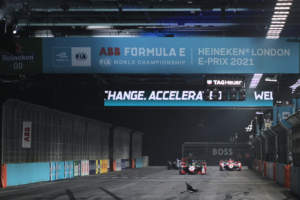 “They’re elected, they’ll do something about it. I think in the last 10 years, I’ve realised that governments aren’t doing enough about it.”

Silk sees some of the work he has been involved in throughout his 34-year motorsport career as being relevant to his new career direction, particularly in teamwork.

At Williams and Marussia he was a project leader which meant driving his teams in a common direction for a common cause.

“Whether it’s getting a car to go faster or to react to the climate emergency, you’re still trying to get people to all work together in the same direction.

“I think that’s an interesting thing to do.”

Quite aware that he has a more genuinely direct and invested outlook on the climate crisis than most in Formula E, Silk gives an interesting overview of how the paddock is now accepting the topic, embracing it and bringing it into everyday working life.

“In say, season three (2016-17) if I’d gone talk to anyone about the climate crisis in the pit lane they’d look at me as some sort of freak,” he says. 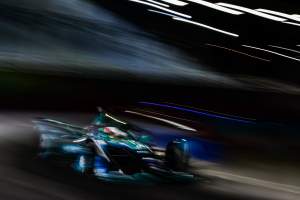 How NIO333 brought itself back from Formula E oblivion
Read more

“Yet, I’ve had five meetings and interviews so far today, and all of them have been about climate change here in the paddock.

“So the science and politics around the climate emergency is changing really fast and I think for sport, it’s very difficult to keep up with what’s going on, because things are moving so fast. This is where Formula E can be so important as it can showcase how we can enjoy sport whilst protecting the planet.

“The conversations are definitely there with team principals now. The target of halving emissions by 2030 is a big target and that is tricky.

“But if we are all to avoid the worse of the climate crisis it’s a target we all need to put the same energy into as we would trying to win a world championship.”