Formula E rookie Sergio Sette Camara says that he sees a future for himself in the all-electric championship after impressing on his series debut with Dragon earlier this month.

Speaking to The Race after he was drafted into the Dragon team as a late replacement for the ousted Brendon Hartley, Sette Camara says that while he is still targeting Formula 1, his experiences in Berlin have shown him how “serious Formula E is” and how “it is one of the toughest series out there right now.”

Sette Camara impressed in the final two races of the six E-Prixs in Berlin when he qualified for both in ninth position.

It was only the second time in the entire 2019-20 campaign that a Dragon driver got a Penske EV-4 into the top ten after Nico Mueller started seventh in Mexico City.

After appraising his performances in Berlin, where he out-qualified more experienced teammate Mueller three times, Sette Camara says he is targeting a full-time seat in the future.

“Formula E for me is linked directly to the future, which sounds completely obvious, but when you think about your career in a sport which is so linked with technology, your career is only as great as the series you’re racing in,” Sette Camara said.

“So, I think it’s a really clever decision to race in something which is aligned with the future, which is always changing and adapting. 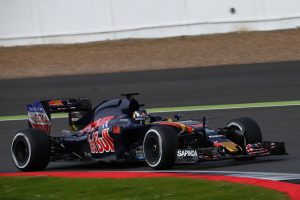 “It would be awesome and it’s a dream to be in Formula 1 and I think naturally it’s still my ultimate dream.

“But you never know, the world is changing so fast and the way Formula E has been growing it might be the place to be and to be linked to the series with all the manufacturers in it too.

“For a young professional driver, you have to really treat it seriously now.”

Dragon is not likely to start testing its 2021 powertrain until early October and depending on his Super Formula and F1 reserve driver roles with Red Bull, he may also undertake some of the work for Dragon.

The Silverstone based team is currently in the stages of a significant re-structuring phase as it has recently entered into a recruitment drive in an attempt to change its fortunes.

Sette Camara said he found his experiences “mostly positive” with the American team in Berlin despite it failing to score a point in all but one of the 11 rounds held last season.

“I got into the chemistry of this team and I think there were so many positives considering that without any real testing it could go really bad,” he said.

“Some drivers just don’t adapt to it but I did. They don’t get into this groove of energy management and it’s a complete disaster but I think I did well in this.

“I’m super glad I did it and it was a strong experience for me, especially going up against someone of Nico Mueller’s quality.”

Sette Camara is currently attempting to get a visa to travel to Japan and make his Super Formula debut at Motegi this weekend for the B-MAX Racing with Motopark squad.

However, after returning home to Brazil last week, he is facing a race against time due to on-going complications on getting clearance to travel to Japan. A decision on whether he can race this coming weekend is expected imminently.

Our Formula E correspondent Sam Smith rated every driver’s finale week performance in his in-depth Berlin driver ratings recently. Here’s what he made of Sette Camara, who scored 6 out of 10.

Sette Camara arrived at Berlin after living a peculiar nomad-like existence since returning from Super Formula testing in Japan and attending the early Formula 1 grands prix as a Red Bull reserve.

It was hardly the ideal preparation for the chance he’d been given due to Dragon and Brendon Hartley’s abrupt split just five weeks before the Berlin races.

The Brazilian acquitted himself well, and despite being close to erring on the side of desperation to get pace from the lacklustre Penske EV-4, he pulled off something close to a miracle to start ninth for the final race.

There were a few shunts, notably in the second race when he triggered a pile-up, but that apart there is plenty to suggest that he has a future in Formula E on a more full-time basis.