Maserati is one of the most evocative names in motorsport but despite a strong range, depth, and heritage in the sport it has had a fitful presence on the international racing stage.

From next year it will enter the ABB FIA Formula E World Championship, most likely in a partnership with an existing team.

The purpose is to showcase its upcoming range of electric powered road cars, but it will be the rich, if somewhat disjointed, racing heritage that will act as a platform for its first official single-seater campaign since 1957. 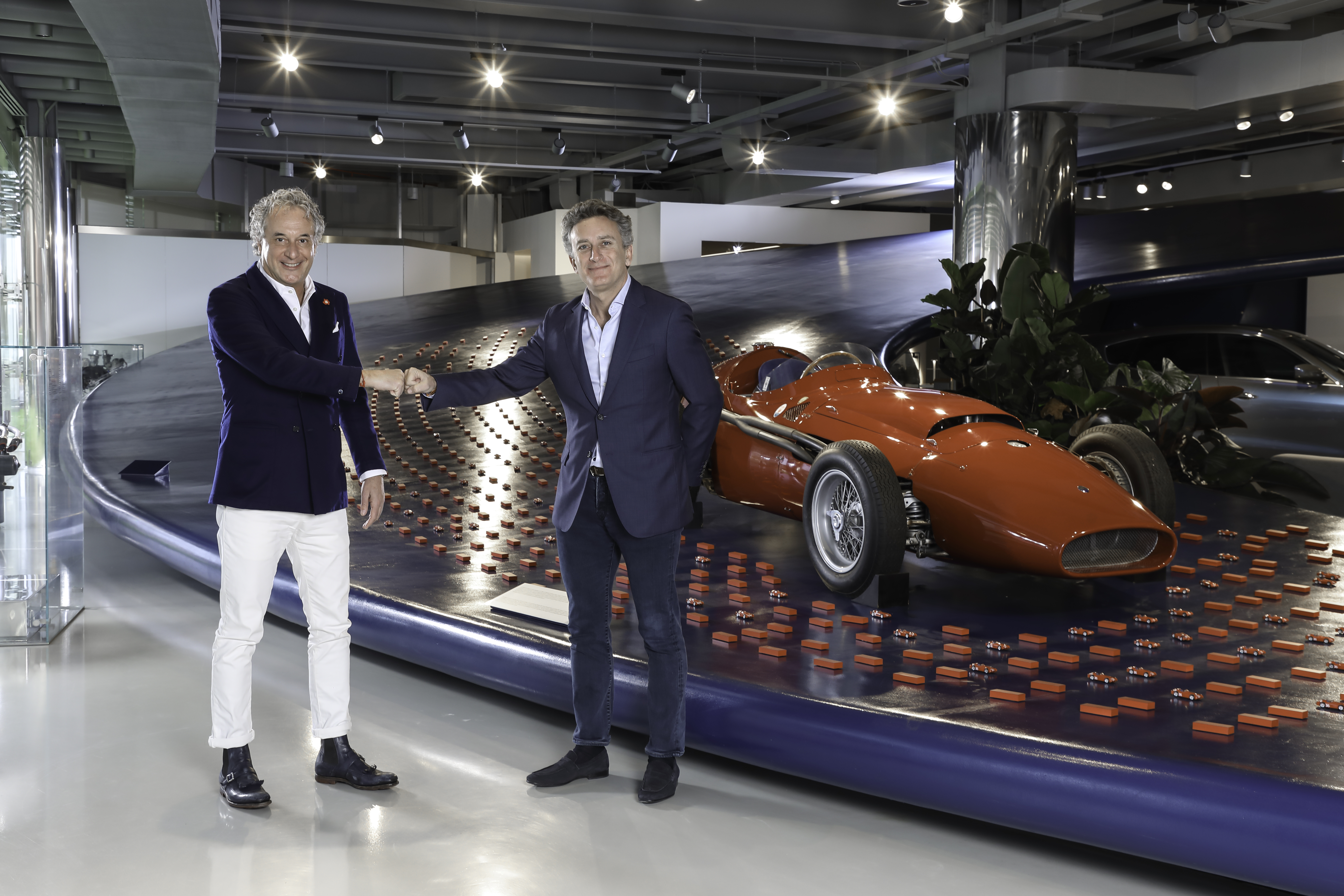 The Maserati marque was founded in 1914 but it wasn’t until 1926 that Alfieri II Maserati started to build racing cars at Bologna workshops, a project which also involved his three brothers – Ernesto, Ettore and Bindo.

It was initially known as the Societa Anonima Officine Alfieri Maserati and its Trident motif was designed by Mario Maserati, one of the seven Maserati brothers. This took its inspiration from Neptune the God of freshwater and the sea, via the Fountain of Neptune in the centre of Bologna.

Prior to that Alfieri II had prepared and raced cars for several organisations, including the Bianchi, Diatto and Isotta Fraschini marques.

The Maserati Tipo 26 was the most successful of the early Maserati designs, but it was also one which effectively ended Alfieri’s life when he crashed at Monti Peloritani track in 1927.

Although he survived the crash he was terribly injured and after several operations he died five years later after botched surgery on his one remaining kidney.

Bindo, Ernesto, and Ettore kept the Trident afloat, but they were forced to sell their company in 1937 to Italian industrialist Adolfo Orsi.

Success in the US came just as the second world war was beginning as Wilbur Shaw claimed his second and third Indianapolis 500 wins in 1939 and 1940 with a Boyle Racing entered Maserati 8CTF – pictured below being demonstrated at the Speedway in 2014. 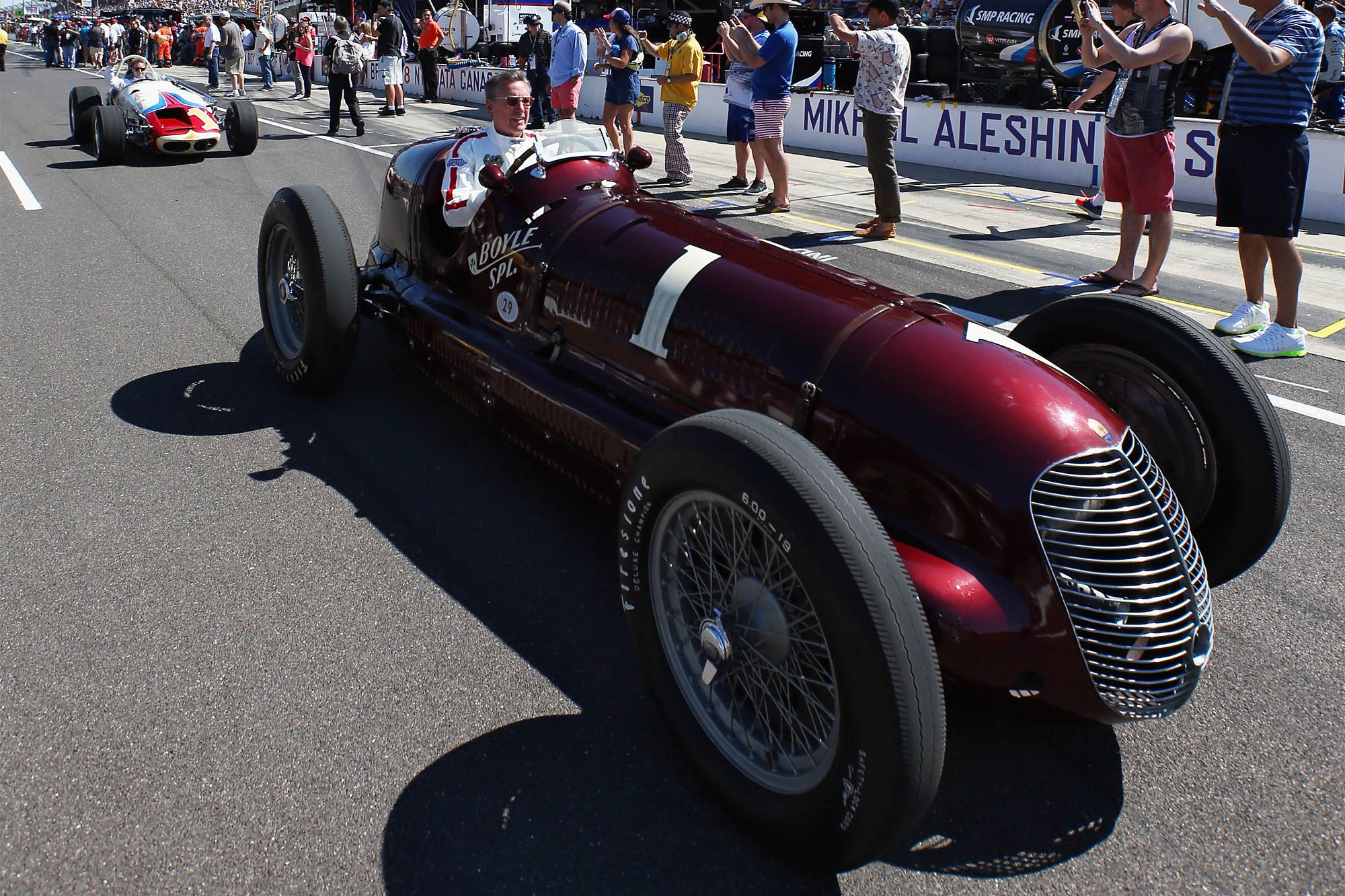 There was also notable success in the Targa Florio with four straight wins between 1937 and 1940. Luigi Villoresi took the ’39 and ’40 triumphs aboard a 6CM and 4CL respectively.

Orsi’s acquisition was perhaps the real turning point for the concern as it precipitated the post-war glory years.

But this was achieved without the Maserati brothers who decided to form the Officine Specializzate Costruzione Automobili—Fratelli Maserati S.p.A or O.S.C.A. which built mainly small sportscars but did also enter a handful of grands prix unsuccessfully in the early 1950s.

Maserati was there at the dawn of the F1 world championship with Louis Chiron and private 1.5-litre 4CLT entries via Baron Toulo de Graffenried and Jose Froilan Gonzalez at Silverstone in 1950. 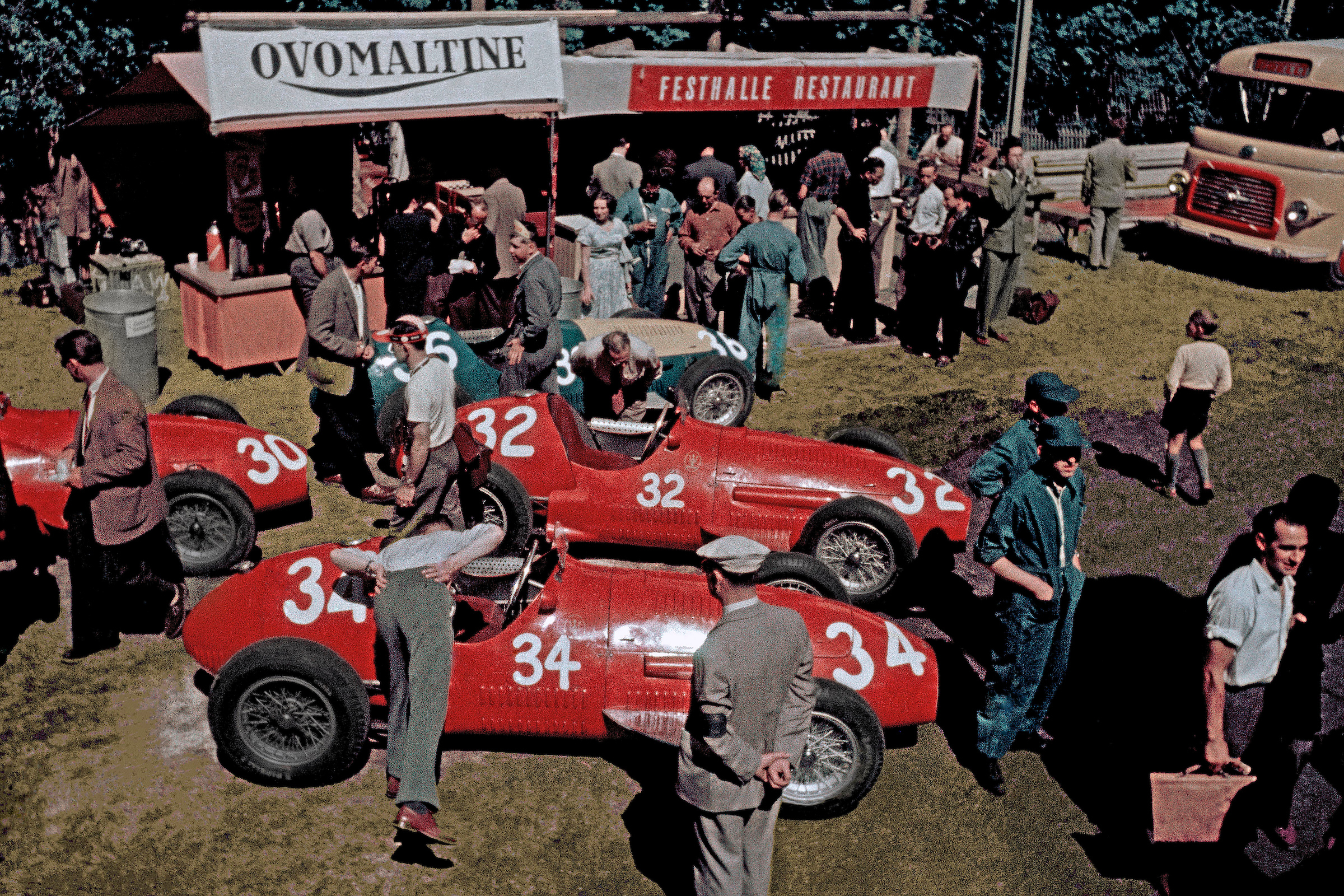 Its first F1 win came in 1953 with the A6GCM6 when Juan Manuel Fangio won the Italian Grand Prix at Monza just a year on from almost losing his life in a devastating crash at the second Lesmo corner during the Monza GP.

The 250F hit the ground running in 1954 with Fangio waltzing to two early season wins at Buenos Aires and Spa before the lure of the Mercedes dream machines became too much to resist.

Stirling Moss won a further two races for Maserati in 1956 at Monaco and Monza, and a year later Maserati was able to celebrate a first world crown when Fangio returned to execute perhaps his greatest title. 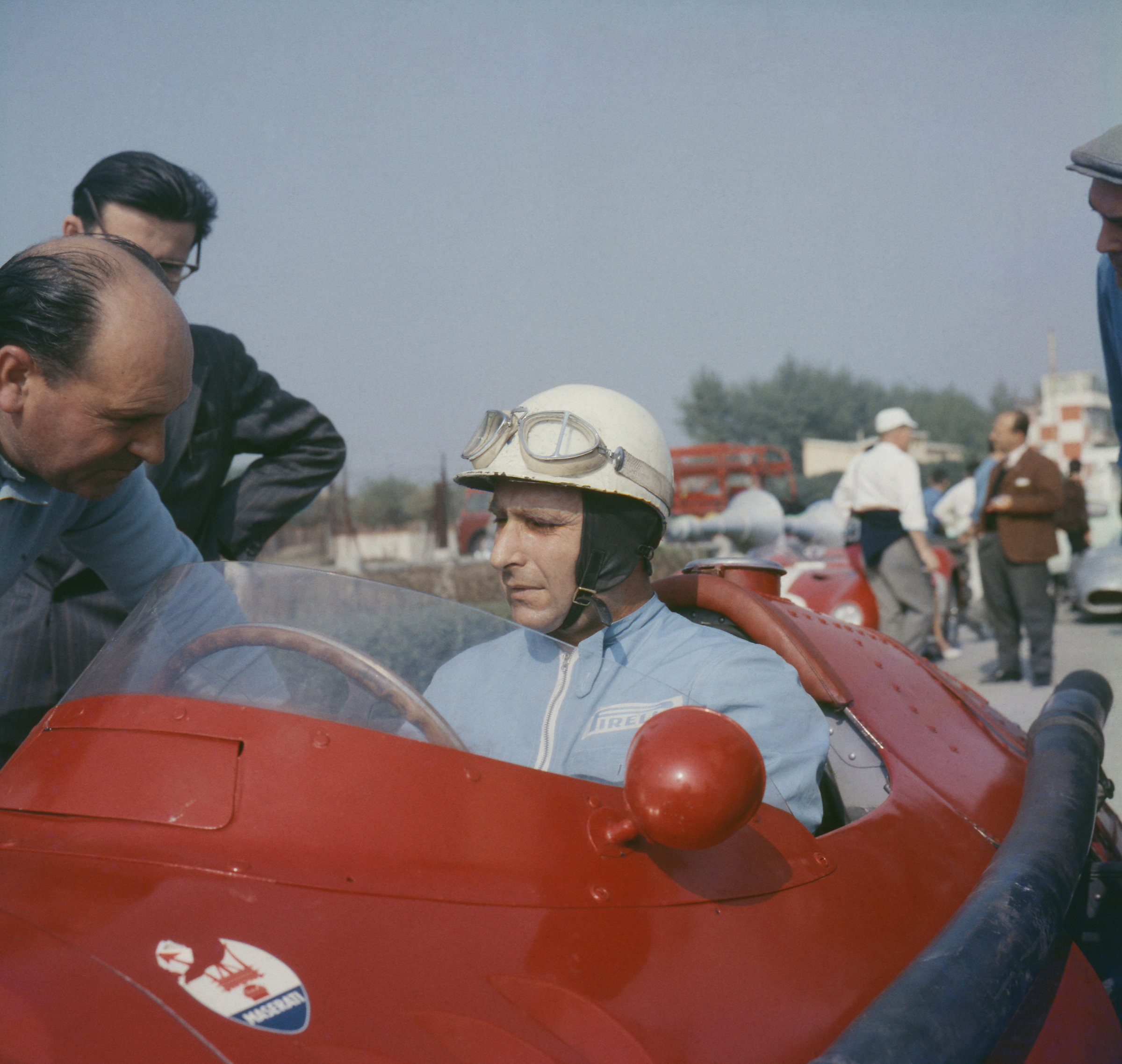 It of course included his mesmeric drive at the German Grand Prix when he tamed the Nurburgring in a performance of breathtaking virtuosity to vanquish the Ferrari DS50s of Mike Hawthorn and Peter Collins.

But the factory Maserati team withdrew at the end of that season, largely due to the Guidizzolo tragedy at the 1957 Mille Miglia when the Alfonso de Portago and Ed Nelson crewed Ferrari 335S crashed, killing themselves and 10 spectators.

The 250F raced briefly on, in the hands of Scuderia Sud Americana and a host of privateers including a young Jo Bonnier and female trailblazer Maria Teresa de Filippis.

Thereafter Maserati only returned to F1 briefly between 1966 and 1968 by supplying V12 engines to the Cooper team and privateers including Bonnier again and an ambitious former rugby player come racing driver called Guy Ligier.

The partnership was only moderately successful. But John Surtees won the 1966 Mexican Grand Prix in a Cooper-Maserati, and a young Jochen Rindt cut his F1 teeth with several eye-catching performances. 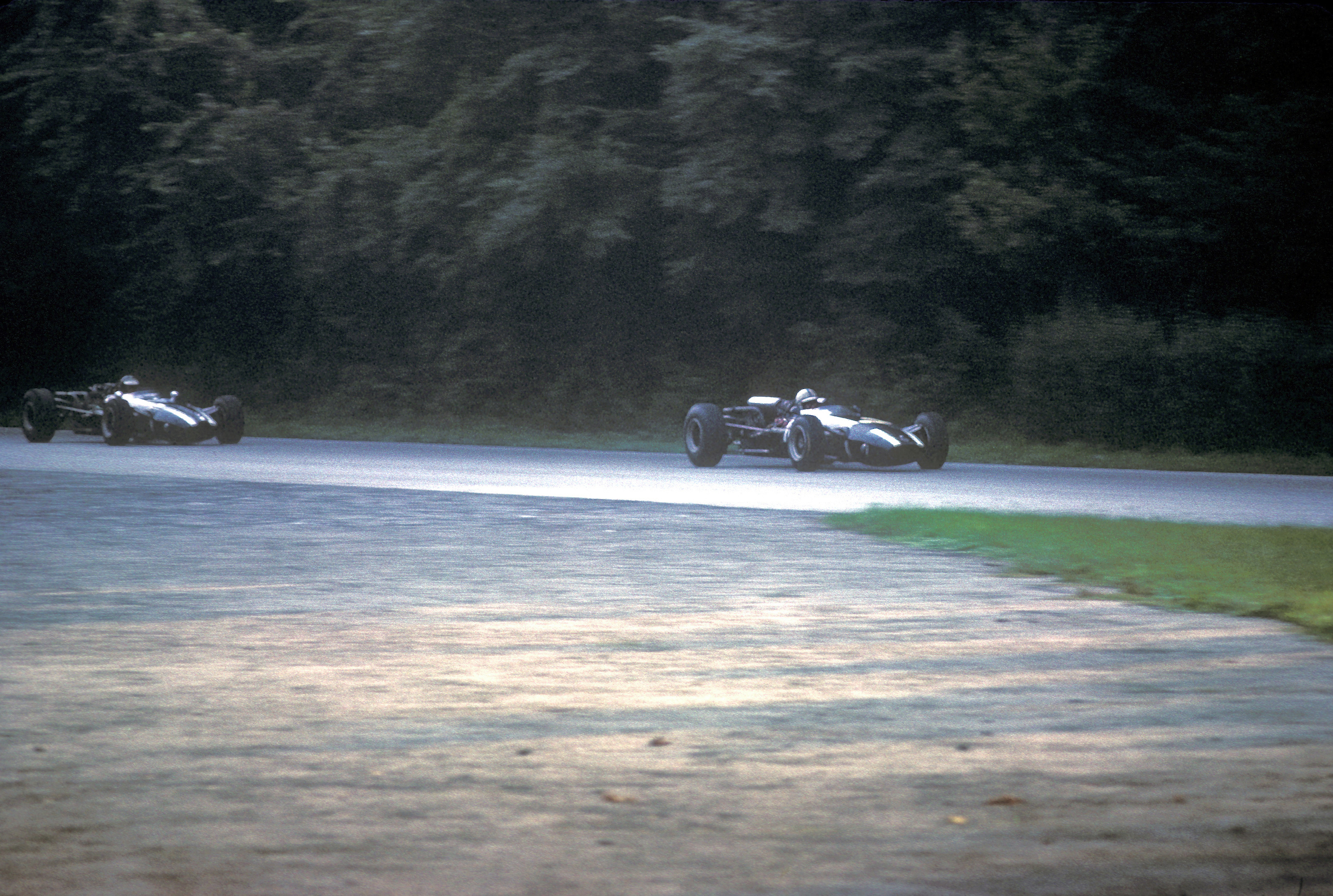 By 1968 Maserati had been acquired by Citroen and a strategy of concentrating on road car projects was undertaken, leading to its first ever mid-engined design, the Bora, going into production.

In the 1970s Maserati was on the brink of liquidation after Citroen was absorbed by the new PSA Group. Argentinian industrialist Alejandro de Tomaso effectively saved the company in 1975.

De Tomaso had driven several non-championship F1 races in a Maserati 250F in the 1950s, finishing a career best ninth in the 1957 Buenos Aires Grand Prix with partner Luigi Piotti.

Surprisingly though, the de Tomaso years featured little in the way of sporting programmes.

The erratic Maserati Biturbo did appear in some touring car races with Gianfranco Brancatelli, Armin Hahne and Bruno Giacomelli among the drivers to try to tame the flawed design.

The car even appeared briefly in the British Touring Car Championship at the end of the 1980s with Nick May and Vic Lee driving under the Trident Motorsport banner.

Maserati itself passed on from De Tomaso to Fiat in 1993 before Ferrari acquired 50% of the business in 1997. 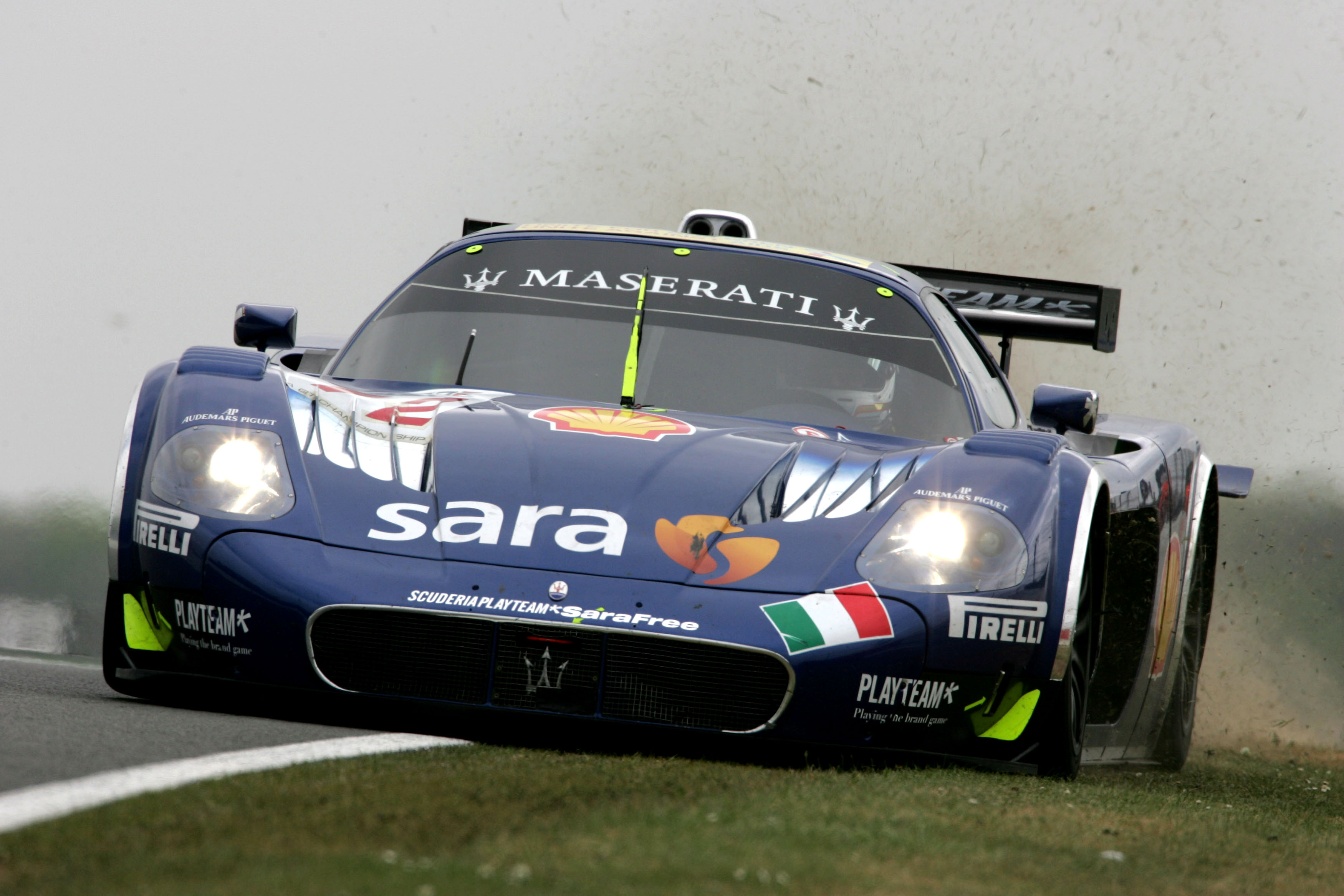 This eventually opened up a racing return via the dramatic Maserati MC12 designed by famed former BMW, Ford, and Ferrari designer Frank Stephenson, bringing it back into sportscar racing

Maserati never won the Mille Miglia or the 24 Hours of Le Mans despite entering one of the most famous and fan friendly cars to compete there. 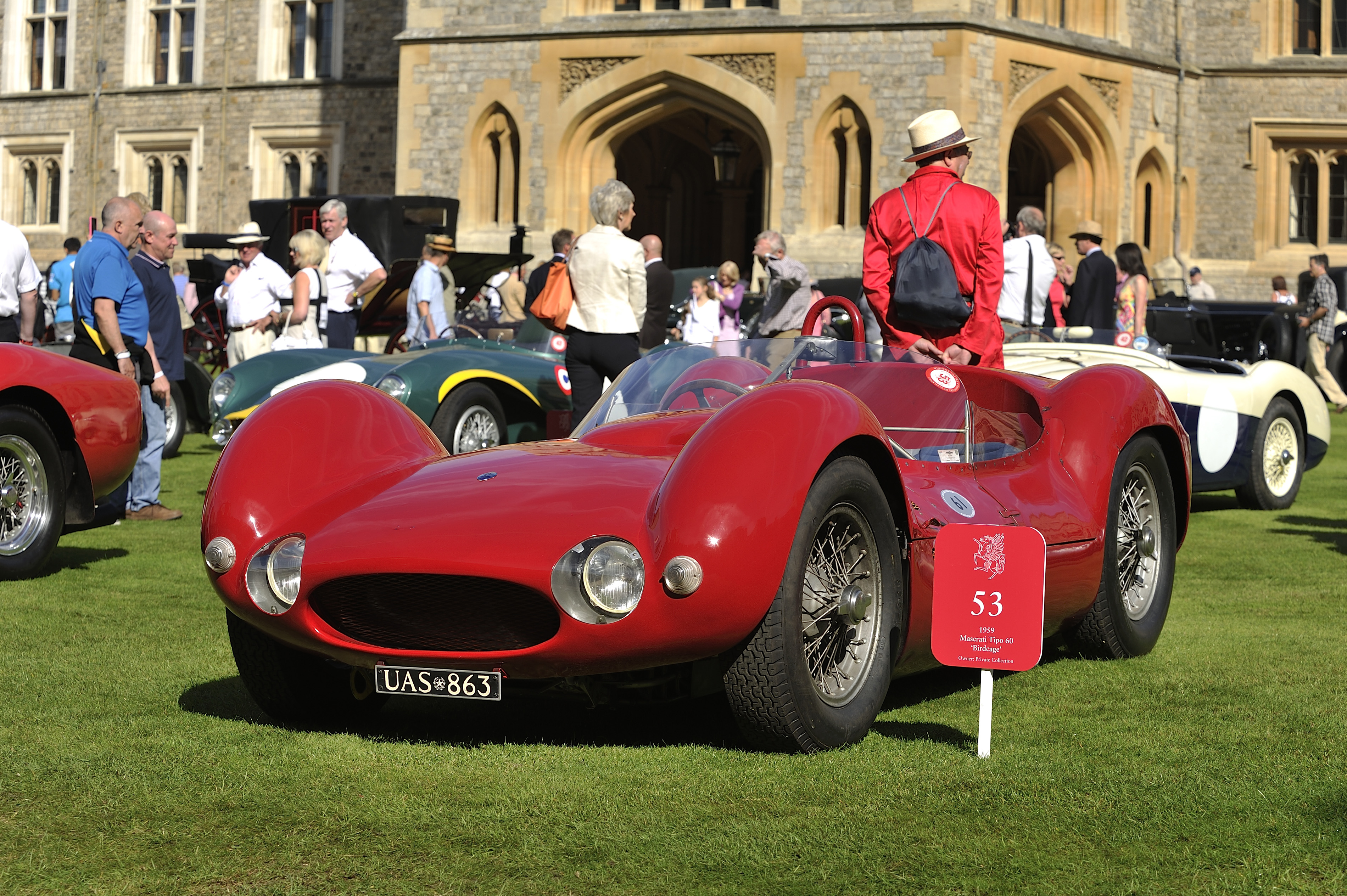 The so-called Birdcage Maserati, the official designation of which was the ‘Tipo 60’ and ‘Tipo 61’, was raced by American endurance legends Carroll Shelby, Lucky Casner and Briggs Cunningham.

Prior to the Birdcage, Fangio and Jean Behra triumphed at the 1957 Sebring 12 Hours with a works entered 450S. 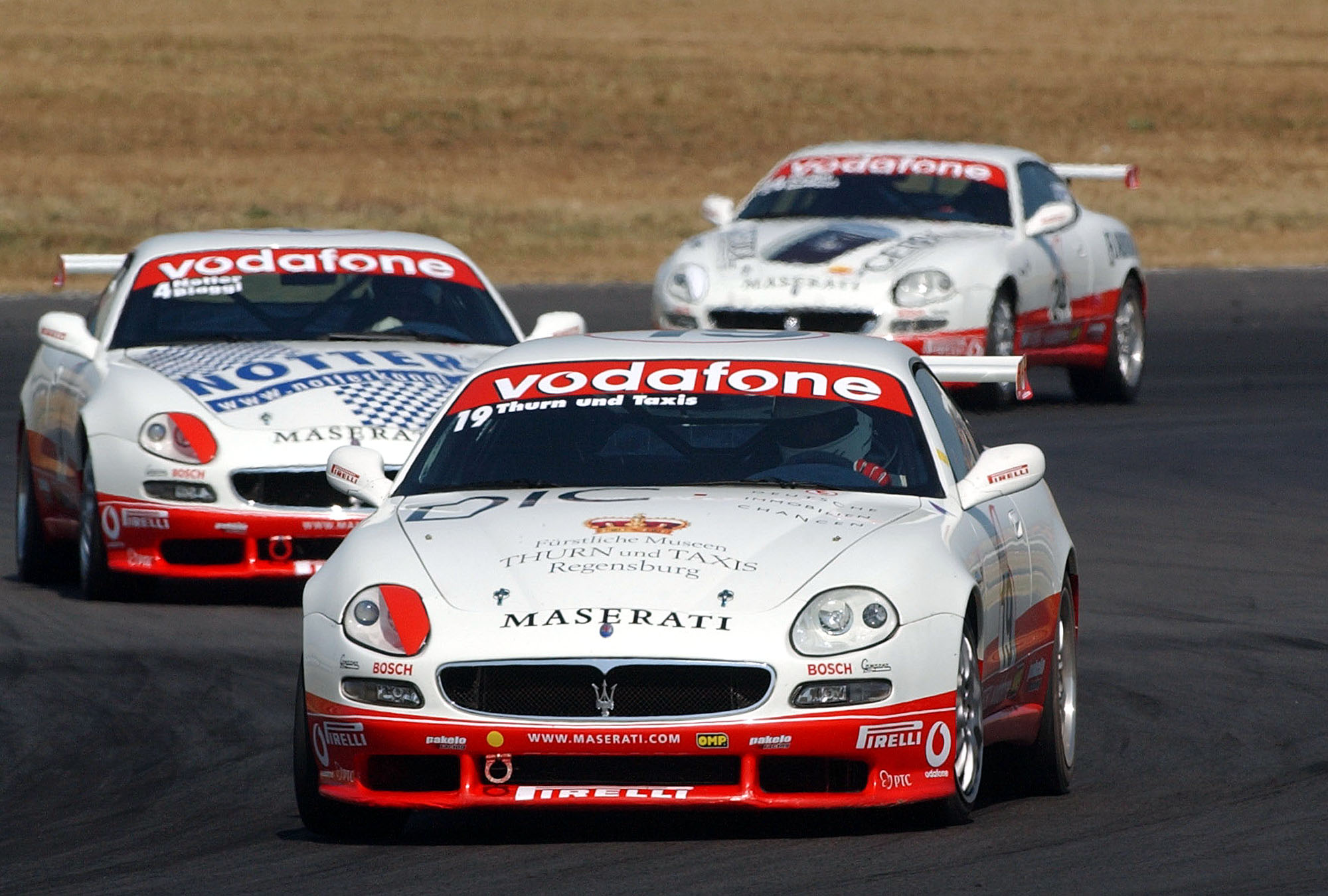 Apart from one-make series for production cars such as the Trofeo Maserati (pictured above), the last major international motorsport appearance for Maserati was the MC12 GT project. 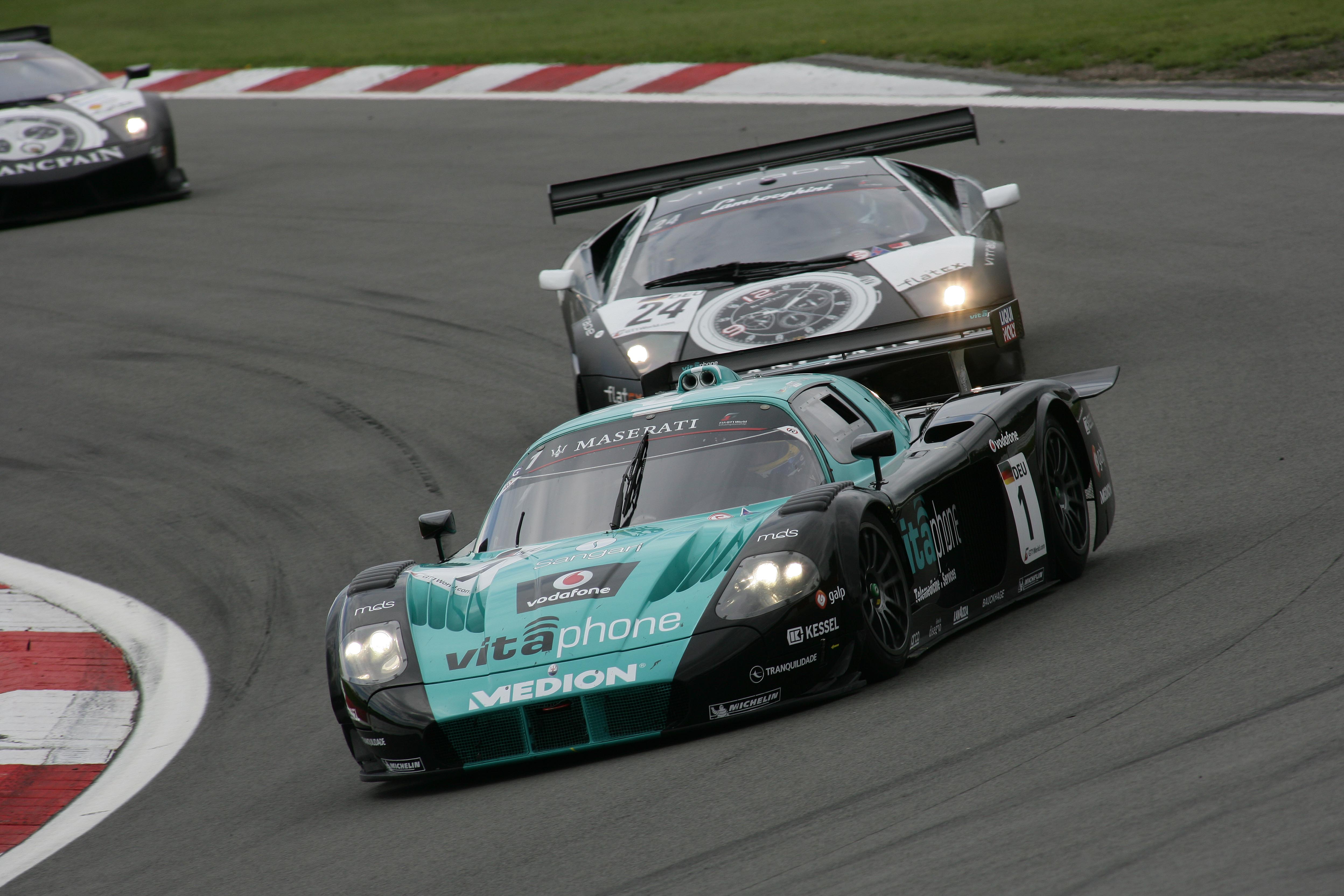