At the Montreal E-Prix in July 2017, at the zenith of heady momentum that had ushered in a spate of announcements of Formula E programmes from BMW, Porsche and Mercedes, Alejandro Agag was walking into the paddock on the first day’s morning.

As his familiar gait indolently came to a slow halt, he looked at a huge advertising hoarding on a bridge above the circuit. It was framed by a clear blue Quebec summer sky and he began to speak.

“What a beautiful dawn this all is today,” he said, tipping a wink to me and a colleague.

It was somewhat typical of Agag, as charismatic a leader that motorsport has seen this century so far, and one capable of capturing the feeling of a moment with simple gestures or phrases.

He and his closest allies at Formula E were several steps ahead as usual. But there was, at the same time, a kind of trepidation in the air. Was this much too much, much too soon for Formula E? It was yet to complete its third season, after all.

That dreadful modern phrase, ‘future-proofing’, has been shovelled around like dry ice into a Formula E car undertray over the last few years. Thankfully it will now evaporate as quickly as the solid form of carbon dioxide does on grids around the world, after two prestige and large-volume manufacturers, Audi and BMW, have announced that they will depart the paddock in the summer of 2021.

Dominoes fall when pushed. The same is usually true of manufacturers in motorsport, and sometimes the cause is just which way the economic wind is blowing, whereas other times it’s a tangible thing giving them a nudge.

In this case it is more a cocktail of economic reality and internal re-structures that are the key ingredients. But there are also worrying signs of complacent naivety which has seasoned this mini-crisis, which will reduce the footprint of German manufacturers in the world championship by 50% this time next year.

That this has happened with two bombshell withdrawals – Audi and BMW – in the same week will worry Formula E and the FIA at such a critical time as it finalises contracts and commercial agreements with major suppliers for the Gen3 rules package set for 2022/23.

Also, behind the scenes, tense and detailed discussions about a formal cost cap for future seasons are being held.

The Race understands that this could be formulated in the first quarter of 2021 and will be crucial to the entry of new manufacturers, which Formula E is confident are on the sidelines and ready to plug any gaps in the field for Gen3.

On the part of Formula E too there are serious questions regarding its present direction, and they are exponentially growing almost by the week.

Its CEO Jamie Reigle, who joined the company 15 months ago, has assembled a vast team of new recruits majoring on high-end marketing, forensic branding programmes with the aim of stretching the championship’s commercial tentacles into a host of new areas.

It all essentially appears to be a communications mission. But several team principals, commercial representatives and long-time manufacturer managers have been openly questioning Formula E’s communication policy over the last few months.

These key stakeholders don’t appear to be fully onboard with the external communications at present.

The frustration is partly this: In such a ripe time for gaining momentum of an impending first world championship season allied to Formula E and the FIA teams’ excellent work in getting Berlin (the end of the 2019/20 season amid the pandemic) and Valencia (2021 pre-season test, above) run to such high standards, the series’ most visual campaign is a talent contest for future media presenters called the ‘Formula E Talent Call’.

That is not to denigrate such an initiative which clearly demonstrates important diversity and inclusion values which should be part of all our daily lives. But whether it should be a significant thrust of a world championship’s communications policy, when manufacturers are spending on average €25-35m a season on expanding complex electro-mobility messaging, is, at best, a moot point.

Formula E will have to dig so much deeper if it is to regain momentum and identity of what it is there for, and it will take much more than snappy hashtags or slick presentations to enable it to do so.

In the summer just gone, Reigle addressed stakeholders via a lengthy email. In a copy obtained by The Race, some of the contents make for tough reading, especially in the reflection of this week’s events. This is not to use hindsight as a trick of the light but it gives a piercing insight into complacency at the very top of Formula E.

In it Reigle said that the work FE has done has brought significant changes to its technology and sporting roadmap that will improve the strategic and financial logic of participating in Formula E for teams and manufacturers and enhanced the leadership and talent pool across the championship.

He also spoke of redefining success for the championship being a lasting effect from the challenges of 2020, and suggests Formula E can be creative and nimble in identifying new opportunities under extreme circumstances.

The context for this, back in July, is important. This is because in all its confidence it paints an inaccurate picture of where Formula E was or is.

The Race understands that both Mercedes and Porsche have voiced reservations regarding its projected return on investment in Formula E and what it might mean for commitment for Gen3.

It’s not a given that either of these prestige brands will commit to the next ruleset.

“There is a lot that has happened over this year and everything is on the table in terms of future possibilities,” Mercedes-Benz EQ team principal Ian James told The Race.

“I’m very pleased that we’ve been able to confirm that Formula E is an incredibly relevant series for us to be involved in and that’s why we’ve had to react in any way shape or form, we’re still here in season seven [2020-21] and we’ll still be there in season eight [2021-22] as well.

“Beyond that and with regards to Gen3, the right discussions are taking place at the moment but alongside that Gen3 decision and in terms of how the format looks and the registration and so forth, there are other things that need to fall into place.

“There are some open questions that need to be clarified. We’re working hard to make sure we can get that done in a timely fashion and at that point then we can have the internal discussions and take a decision.”

Those “open questions” that James alluded to are around the cost management of Gen3. They will also include further expansion on what and how the promoters are going to deliver to harness a better return on investment.

Exceptional media value has been hard to come by for Formula E, with one major broadcaster’s viewing figures being described to The Race as “utterly abysmal” by one team principal for the first Berlin races in August.

Conversely, yet ironically, there was good news on that front with Sat1 (German TV) confirming a free-to-air deal from 2021 onwards.

In light of recent events that crew, which now includes former Audi driver Daniel Abt, will have its work cut out even more now to engage new audiences given two German mega-brands will disappear from next summer onwards. 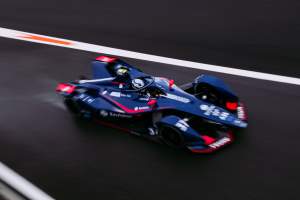 What does Audi’s Formula E exit mean for its customer team?
Read more

The question on everyone’s lips now will be ‘with Audi and BMW gone so quickly, who’s next?’.

That might seem an overly glass half-empty standpoint but just as Formula E can weather this storm because of its abundance of manufacturers, so too it can lose several more.

There are six weeks until the first world championship season kicks off and then just eight more to the Gen3 commitment deadline of March 31.

It will all prove to be just as pivotal a period as those far off blue sky thinking days of Montreal in 2017.

Nov 25 : A new dawn for Mahindra
Thank you for your feedback!