Peter McCool, The Race’s Formula E technical expert, has studied the images released by the championship on Tuesday morning and provided a detailed evaluation of the changes.

The new ‘Gen 2.5’ bodywork has several obvious changes compared to the original Gen 2 we see racing this season. 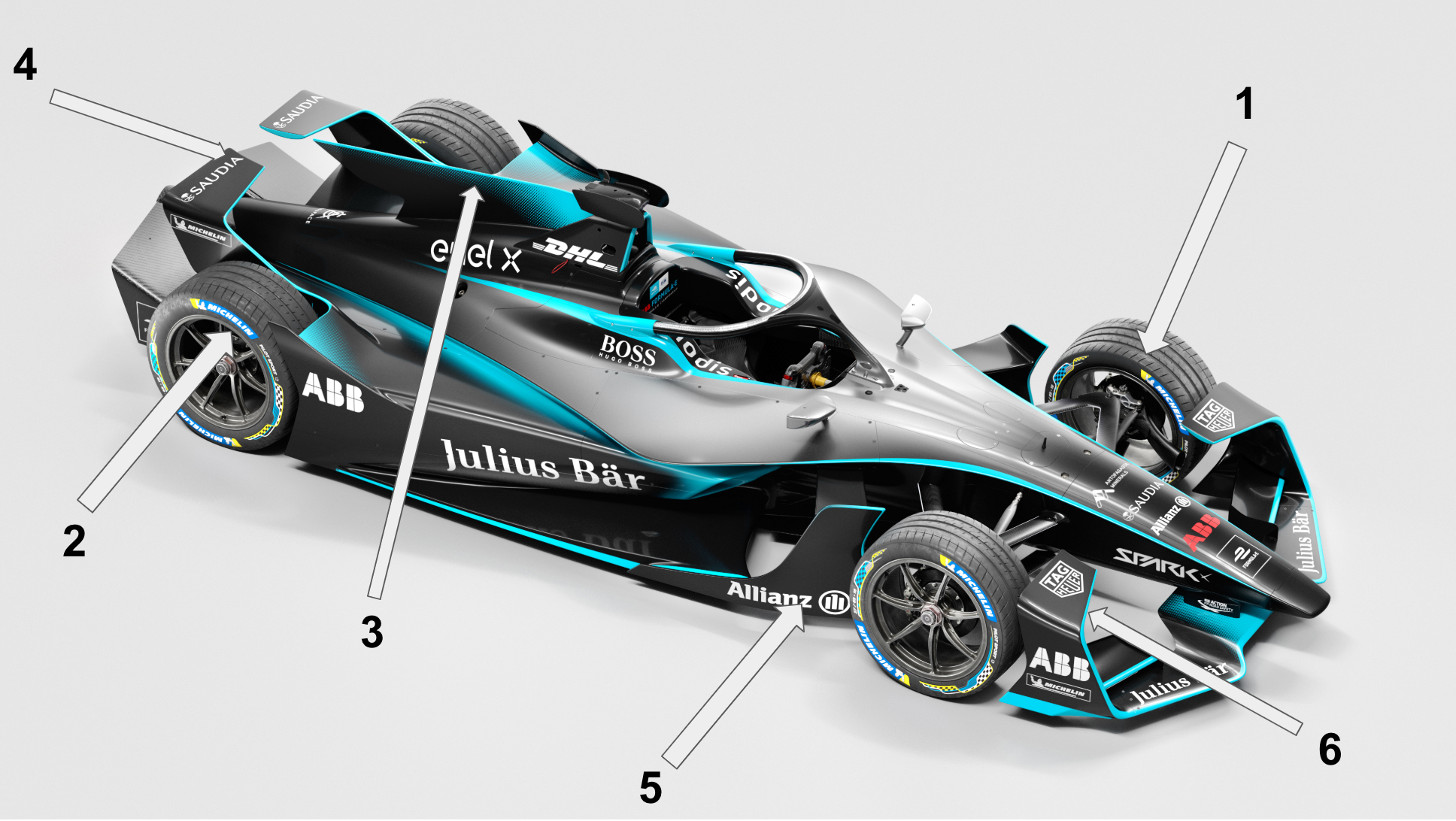 The key differences, referenced in the image above, can be broken down as follows:

With the exposed wheels it will be harder to have contact with another car and still continue running. Overall the new configuration at the front will be less likely to limit damage.

This is an FIA goal with the aim of making the racing cleaner, and I think it will succeed. The wheels are a large, rotating mass of sticky black rubber that will chew up a front wing endplate if contact is made.

The area in front of the rear wheels is unchanged and this part of the car is quite robust. It is very well supported and I expect it to still be able to take a knock.

Formula E cars are still much more robust than the rather delicate Formula 1 cars – think about the slight contact between Charles Leclerc and Sebastian Vettel’s Ferrari at Interlagos last November and the results that had on both cars.

But the EVO car does look slightly more fragile than the Gen 2.0. Whether this changes the racing and makes the drivers less inclined to ‘tactical contact’ remains to be seen.

The street racing nature of the tracks, the similar performance of all the cars and the race format go a long way to inciting this type of driving irrespective of the hardware. 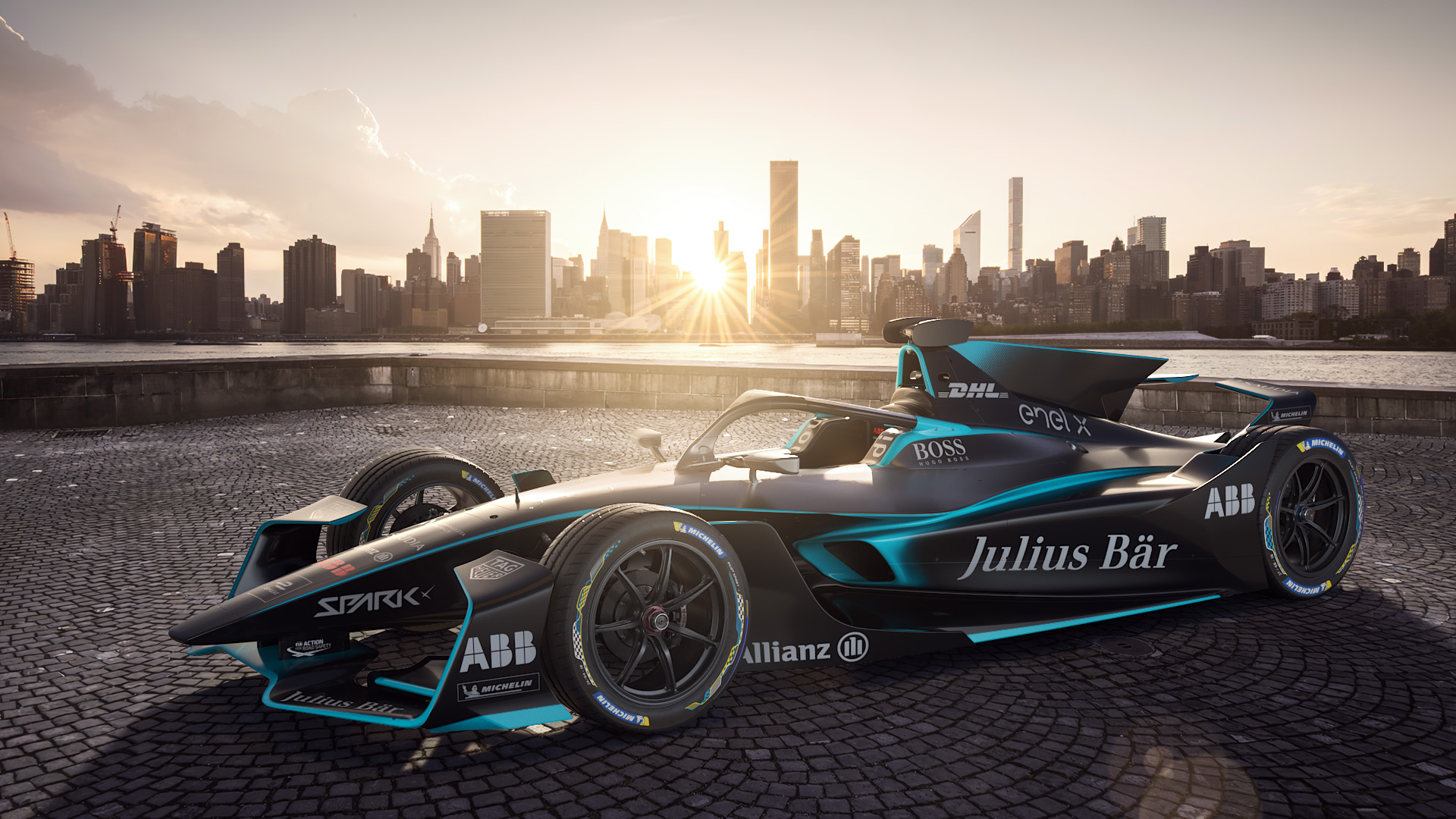 I predict that the front wing is much more vulnerable and will be more easily knocked off than with the Gen 2 car, which supported the outboard part of the front wing as it was attached to the over-wheel structure.

Now if the front wing takes a knock it will come loose and go under the front wheels and get trapped. Ironically, there could be more punctures and more safety cars to clear the damage.

The shark fin has been added and the logical conclusion here is it has been implemented simply to give more room for sponsors.

The shark fin will have negligible effect on the aerodynamic performance of the car. In F1 it sometimes marginally increased levels of rear downforce in yaw by aligning the flow better to the rear wing.

But with the Gen 2.5 FE car there is no noticeable rear wing for this to have any effect. 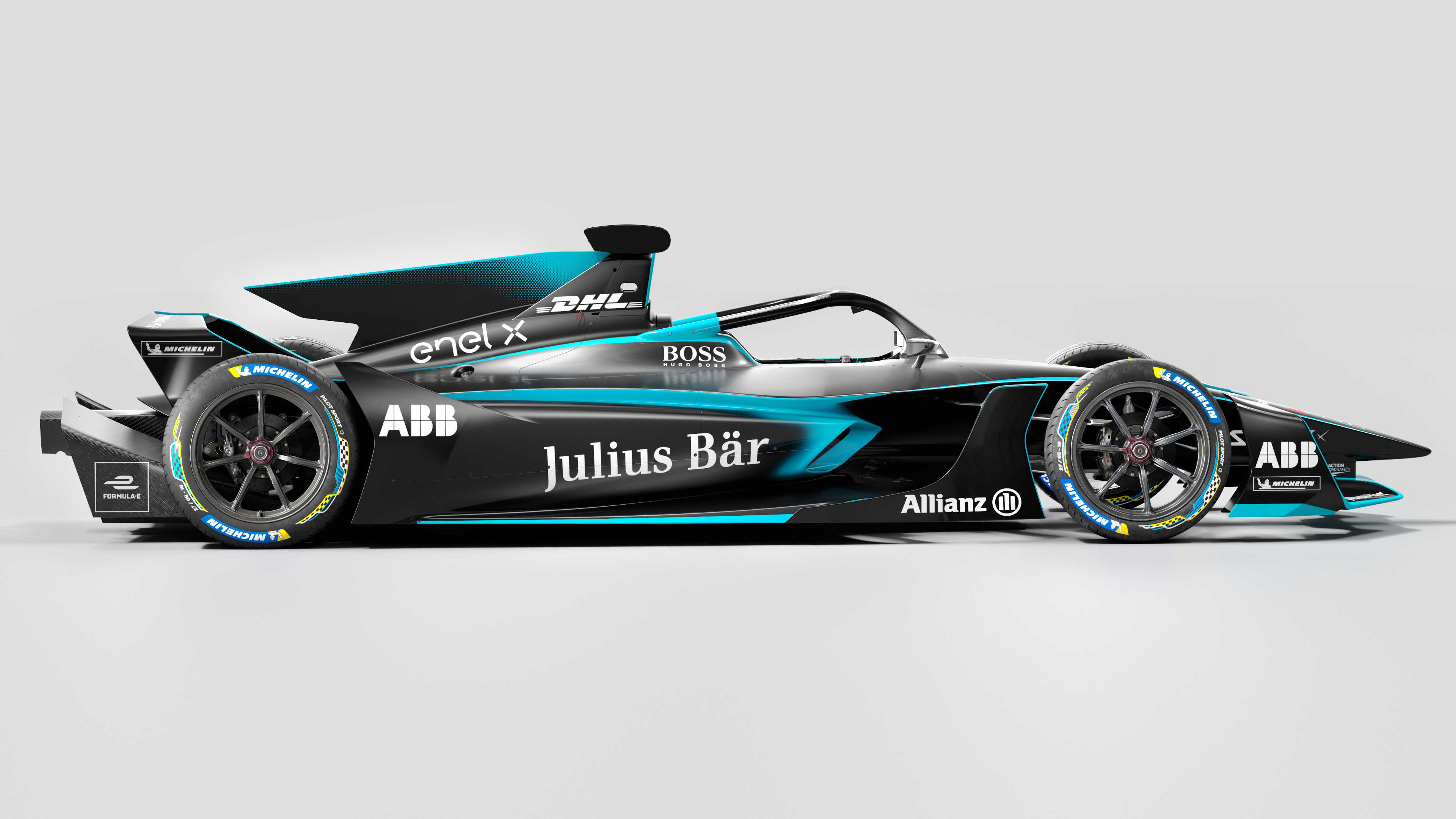 In terms of aerodynamic performance my over-riding opinion is that the changes will hardly affect the aero performance of the car to any noticeable extent.

There will be more drag due to the front wheels being much more exposed and the top element to the front wing endplate (FWEP) is designed to create more downforce.

Additionally, the new rear wing probably creates the same amount of downforce but not as much drag as the previous rear wing.

So the aero summary can be described as very slightly more draggy and a slight increase in downforce. But because the car does not create much downforce anyway these effects will hardly be noticed.

These are just my observations and are obviously not based on any CFD.

The bodywork between the front and the rear wheels is still very rigidly attached to the car and will take quite an impact before it breaks. It is well supported and structurally well designed.

The whole car aero philosophy is still the same. While I can see that the car has been styled to look visually appealing (again just like the Gen 2.0 was styled) but different to the Gen 2.0 car, I can see that it is still designed to be a low drag car.

The top elements of the front and rear wing have slight aero profiles, but set at a nearly neutral angle. Their contribution to downforce will be negligible but they will act to straighten the airflow. In the case of the front wheels this will help control the wheel wake a little bit.

Measuring the difference in areas of bodywork on the Gen 2.0 vs Gen 2.5 I would expect the new bodywork package to weigh slightly less (under 1kg less I expect) than before.

As for the racing, I am sure it will be just as engrossing, but the key will be that if the aggressive racing continues will it cause more problems than it aimed to solve with the less sturdy front bodywork. We’ll find out next season.