Formula E has confirmed the remainder of its 2021 calendar, with a new line-up of dates that will ensure the first world championship season is run to 15 races – but the already-postponed double-header in Santiago, Chile will not be among them.

The 2021 calendar has been modified several times from its original schedule, which was issued last June but was first tweaked last October when the Sanya and Mexico City E-Prixs were indefinitely shelved.

The planned opening races in Santiago were postponed in December just three weeks before they were due to take place, with the cars having already flown out to Chile. They were then transported direct to Saudi Arabia for the delayed start of the campaign at the Diriyah E-Prix in February.

The Santiago dates were rescheduled for the first weekend in June, but now both this and the Marrakesh E-Prix date of May 22 have been taken off the calendar.

Chile has recently had a surge in COVID-19 infections despite its vaccination programme being the best in South America. The country is still being red-listed for UK residents.

Additionally, Chile is in a political transition, with president Sebastian Pinera set to relinquish his role when elections are allowed in the country.

The mayor of Santiago Felipe Alessandri has been a close ally to Formula E in recent years and is expected to be re-elected. Mayoral elections were to take place over April 10-11, but were postponed due to health concerns until May 15-16.

One of Chile’s major newspapers El Mercurio expressed the political instability in the country stating that hosting the races “on a reputational level” would bring “a great risk for both the series and its partners”.

‘Communicationally speaking, being associated with the government is a risk in itself at this point,’ yesterday’s editorial stated.

“We did manage to get an exemption to travel, which is really good and and the president himself made a presidential decree in order for us to travel to Santiago,” Formula E co-founder and deputy CEO Alberto Longo told The Race.

“But the challenge was that we were only allowed to get in the city with only 10 days for works.

“I think it could potentially jeopardise the whole operations of Formula E and how we work.

“We were really appreciative of the effort that everybody in Santiago and at a national level has put to this. But we both decided together to wait until January 2022 and hopefully hosting again and having the the event that we all deserve.” 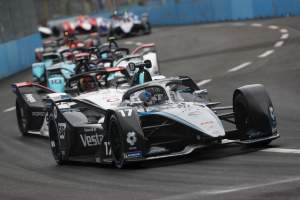 The cancellation of Marrakesh, which at one stage was discussed to be rescheduled to August, and Santiago, leaves Formula E with a six week gap until the next race after May’s Monaco E-Prix.

As revealed by The Race earlier this month, the June races will now occur in Puebla, Mexcio, at the Autodromo Miguel E Abed.

The New York City E-Prix has been turned into a double-header, while the first-ever races at the ExCeL Arena in east London will go ahead at the end of July, having not occurred last year as planned due to the pandemic.

The Tempelhof airfield in Berlin is expected to complete the season on the first weekend of August.

The second and final Berlin race is set to clash with the Le Mans 24 Hours test day. As usual, many of FE’s drivers are due to compete in the 2021 edition of the endurance classic.

“We were confident we could get 15 races this season but we knew we had to do it in the most responsible and safe way,” Longo said.

“We’ve managed eight venues and it was important to respect our DNA and have city-centre events, in Rome, New York, London and Berlin.”

The Race understands that Formula E looked at the possibility of elongating its calendar to include a potential first-ever Seoul E-Prix in either late August or early September but this was nixed recently.

Originally earmarked for May 2020, the Seoul race is now planned to debut as part of the 2021-22 calendar along with returns to Santiago, Paris, Mexico City and Sanya.

A draft of this calendar is set to be issued in July at the next World Motorsport Council Meeting.