Michelin has upped the tyre allocation for this weekend’s Valencia Formula E races after data from last November’s test indicated much higher wear rates than usual.

The move, which is a one-off for the two Spanish races, will mean drivers have six new front and rear tyres as opposed to the usual four for double-header events.

FE tyre allocations were substantially reduced for this season as part of cost and sustainability measures imposed by the FIA, with just eight tyres for 2021 instead of the previous 16 per car.

In addition to the tyres, brake allowances were also cut to just 10 front brake discs per season. 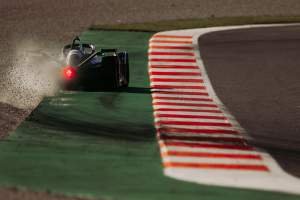 The brake allocation is generally unpopular among teams, who believe it is a difficult to match front discs due to the unique way in which Formula E’s brake systems work and the temperature range they have to be matched to.

Several accidents this season have resulted in drivers getting tyre damage and wheels needing to be re-rimmed, with a major impact on tyre availability for the rest of that car’s weekend.

These incident have included Robin Frijns’ practice shunt in Diriyah and also the morning practice accident triggered by Oliver Turvey in Rome, in which Jake Dennis’s BMW was among the cars involved.

Dennis was significantly compromised for the rest of the weekend when three of his tyres were damaged beyond use.

At that stage of the weekend he had a further two practice sessions, two qualifying periods and two races to complete with effectively five tyres for functional use.

The official FIA bulletin stated “following the championship’s tyre supplier’s recommendation, and considering the analysis of the wear rate measurements after the official collective tests, the tyre allocation for the upcoming double-header (rounds five and six) in Valencia will be six rear and six front new tyres.” 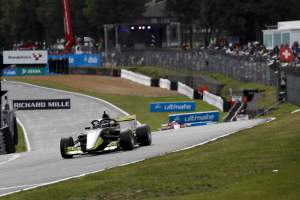 “In the history of Formula E, Michelin tyres have always been developed for racing on urban circuits, as this is the DNA of the series,” he told The Race.

“The FIA has asked us to keep the same tyres for this season as part of the cost-cutting measures.

“Valencia is a circuit that we know, but with a different layout and very strong tyre constraints due to the speed and the type of corners.”

It was in this context that Michelin asked the FIA to provide four additional tyres per car.

“Let’s remember, corresponding to a reduction of 25% compared to last year, by the other hand, it’s the same equivalent reduction as for the single-headers for the 2021 championship,” he said.

“Depending on driving style, some drivers could only use eight tyres. We will analyse this data on Sunday after the second race.”

The Race understands that some teams believed that the extra allocation was not necessary for the Valencia track when consulted.

Mercedes team principal Ian James told The Race that the data was not hugely conclusive and didn’t make it an obvious decision to increase the allocation.

“Yes, you expect a slightly higher wear rate on a permanent circuit like this,” said James.

“We were not particularly bothered either way. I didn’t think it was absolutely necessary to increase the allocation.

“But at the same time, I don’t think anybody sees it as an advantage or disadvantage through that. So it’s something that we’re pretty relaxed about.”