Norman Nato, considered to be a clear favourite for the former Felipe Massa seat at the Venturi Formula E Team, says he expects his 2021 plans to be concluded shortly.

The Race revealed last month that Nato was heading a list of candidates to fill Massa’s spot after the Brazilian’s split with the team in August.

Nato, who finished second at last month’s Le Mans 24 Hours for Rebellion Racing, is expecting his plans for 2021 to become clearer in the coming days. 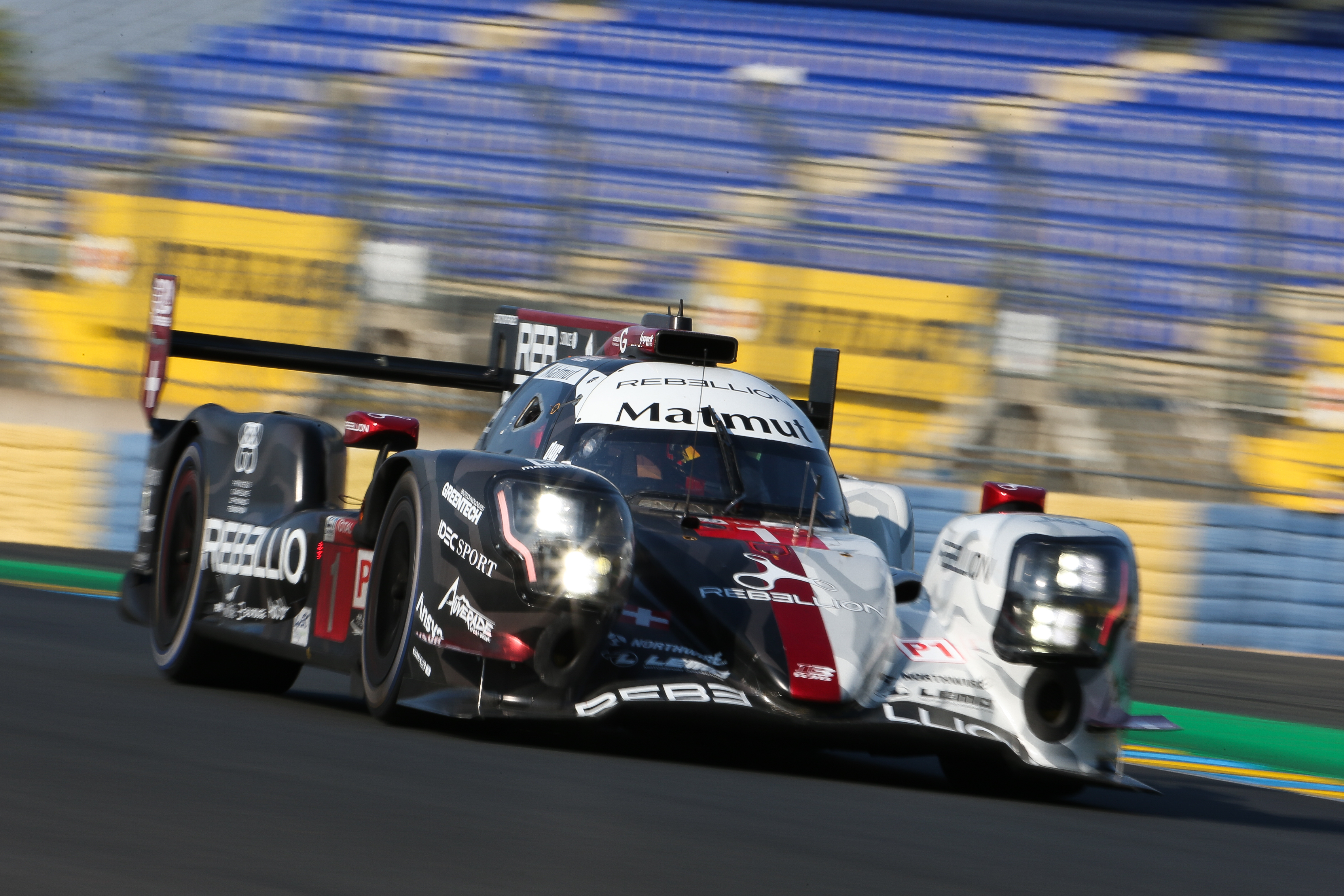 The 28-year-old has acted as official reserve and test driver at Venturi since early 2018 and has completed significant simulator work and some track testing for the Susie Wolff-managed team.

The Race understands that Nato could be announced as Edoardo Mortara’s partner for 2021 within the next seven days.

“I’m trying to get into Formula E and I’m having talks with some teams,” Nato told The Race last month.

“I’m already working for Venturi for two years as a reserve driver, and Formula E is a championship I am quite interested in. 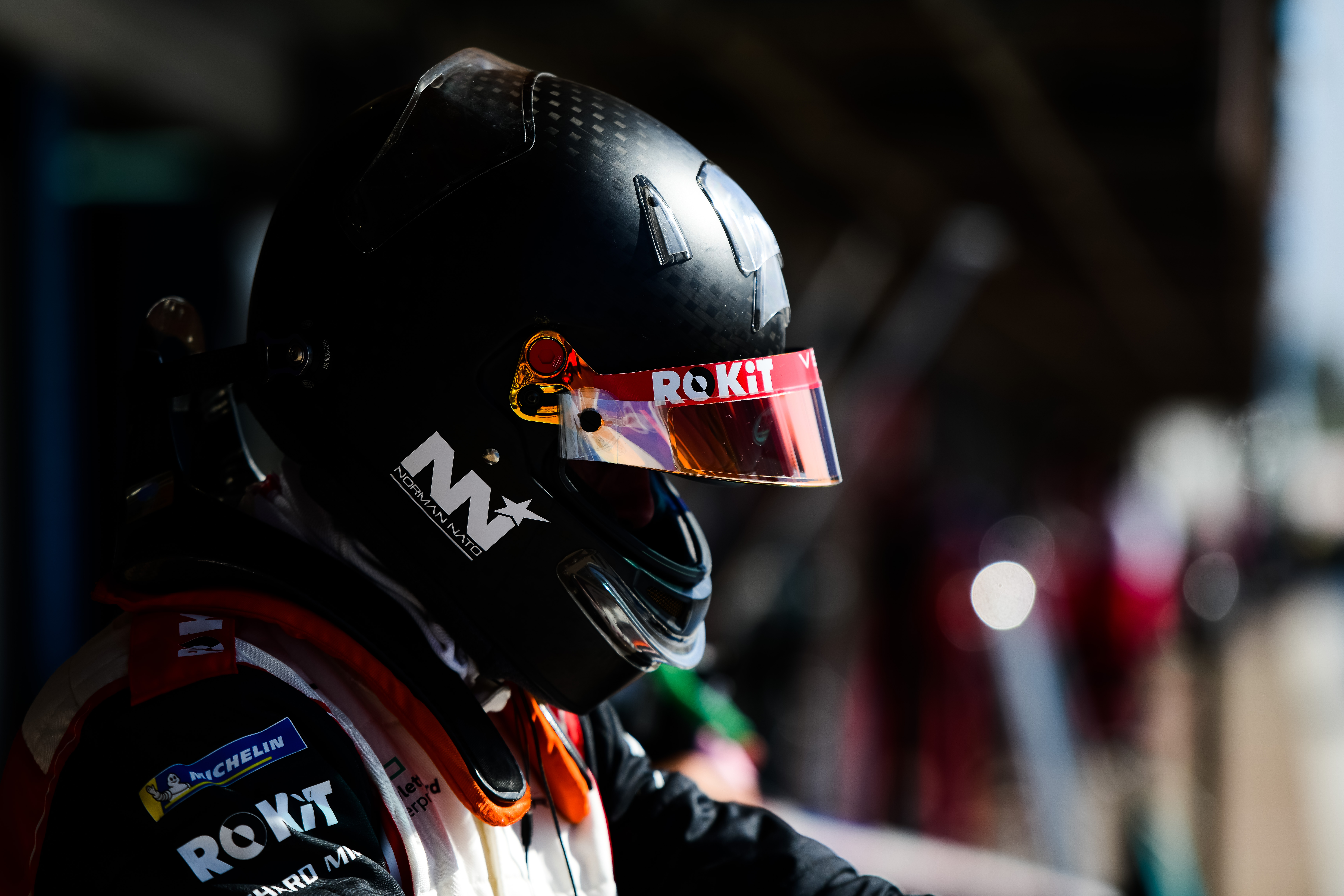 “There is one seat available, so I am in talks with them.

“I have a chance to go to Venturi or somewhere else and I am in talks with different teams so we will see.

“I think in October I will have news. I am working on Formula E and endurance next year as well.”

Nato is also known to be exploring opportunities in the IMSA SportsCar Championship and World Endurance Championship.

He made his sportscar debut with the Racing Engineering squad in the 2017 European Le Mans Series, in which he finished third with team-mates Paul Petit and Olivier Pla. 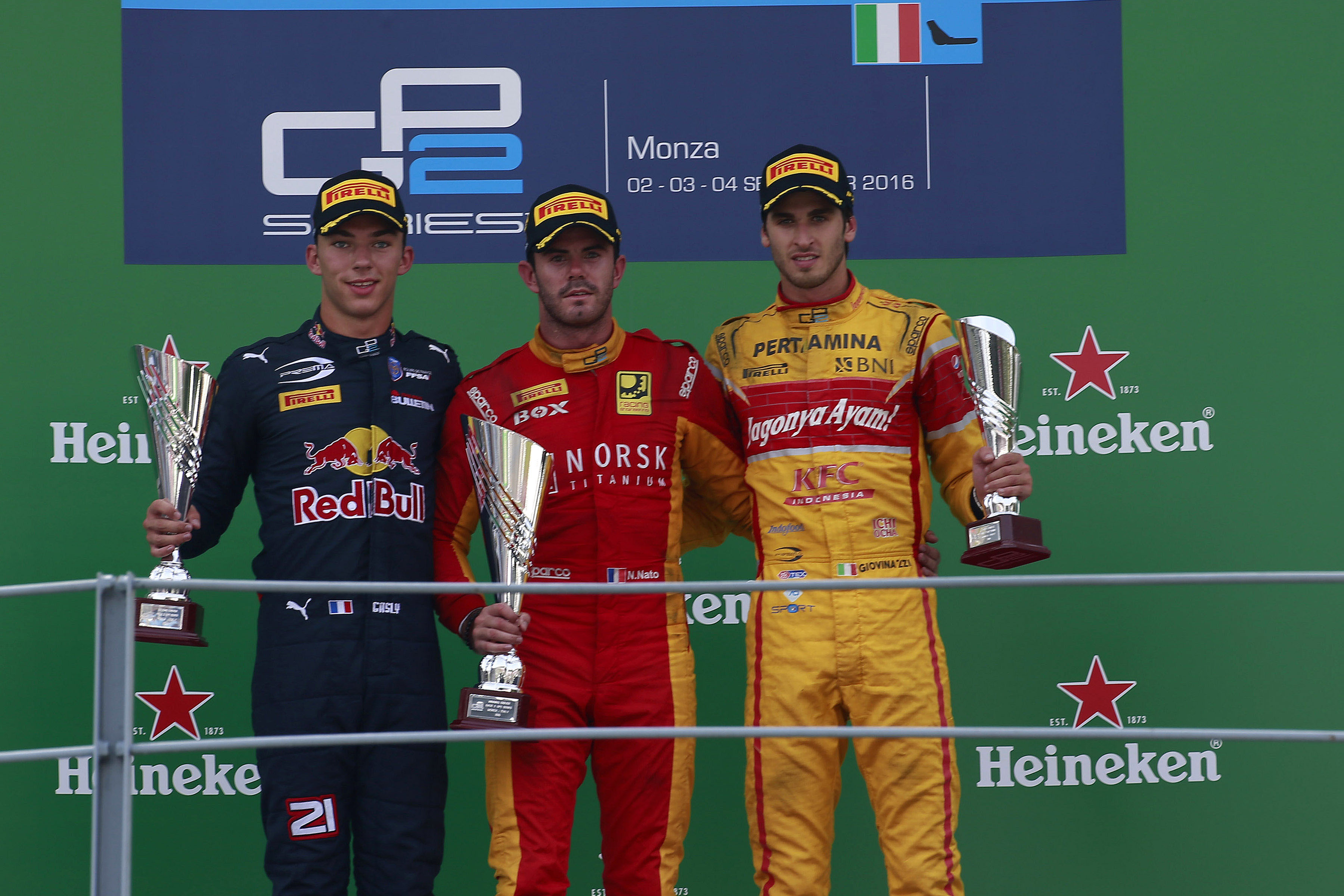 Prior to that he completed two seasons of GP2 with Arden and Racing Engineering, scoring wins at Barcelona and Monza in 2016 for the latter (pictured between Pierre Gasly and Antonio Giovinazzi on the podium).

Venturi will continue to use Mercedes powertrains next season after finishing its first season as a customer in 10th position of the 12 teams in the final 2019/20 points standings.

Dragon and NIO Seats Up for Grabs 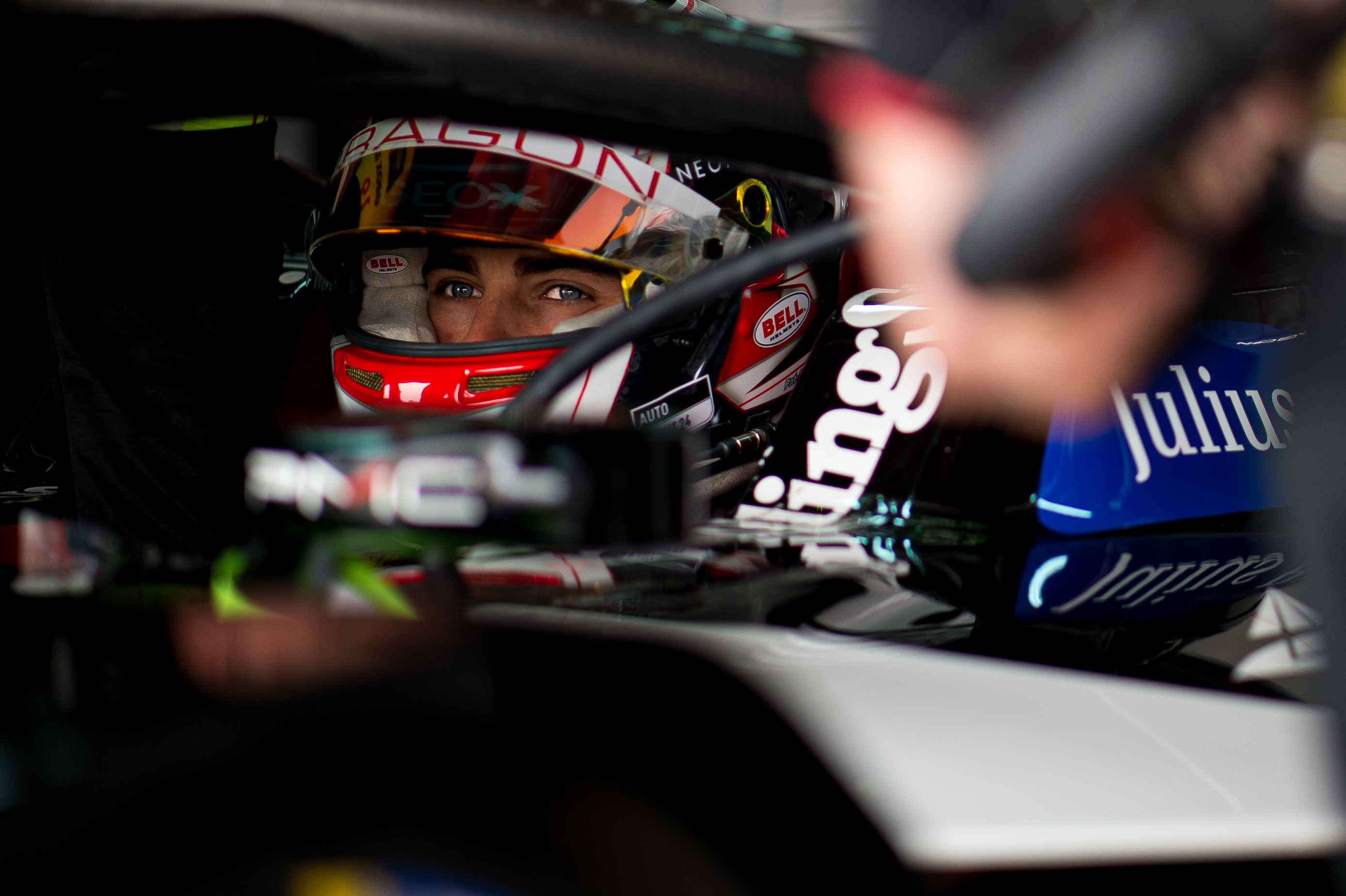 With Mahindra, Audi and BMW deals believed to be close to completion for Alex Lynn, Rene Rast and Philipp Eng respectively, attention has turned to Formula E’s two lowest-classified teams from last season: Dragon and NIO333.

Dragon is believed to have an option between itself and Nico Muller for the DTM series points leader to stay on for a second term in 2021.

Sergio Sette Camara is in discussions with the team to continue after some strong performances in Berlin in August.

NIO333 is looking at a small pool of drivers, which is believed to include former charges Ma Qing Hua and Daniel Abt. Tom Blomqvist, who drove in the final two races of last season for Jaguar, is also understood to be in talks with the team.

Incumbent Oliver Turvey has a season left on his agreement with NIO333 and conducted further tests in the UK with the team’s new technical package recently. 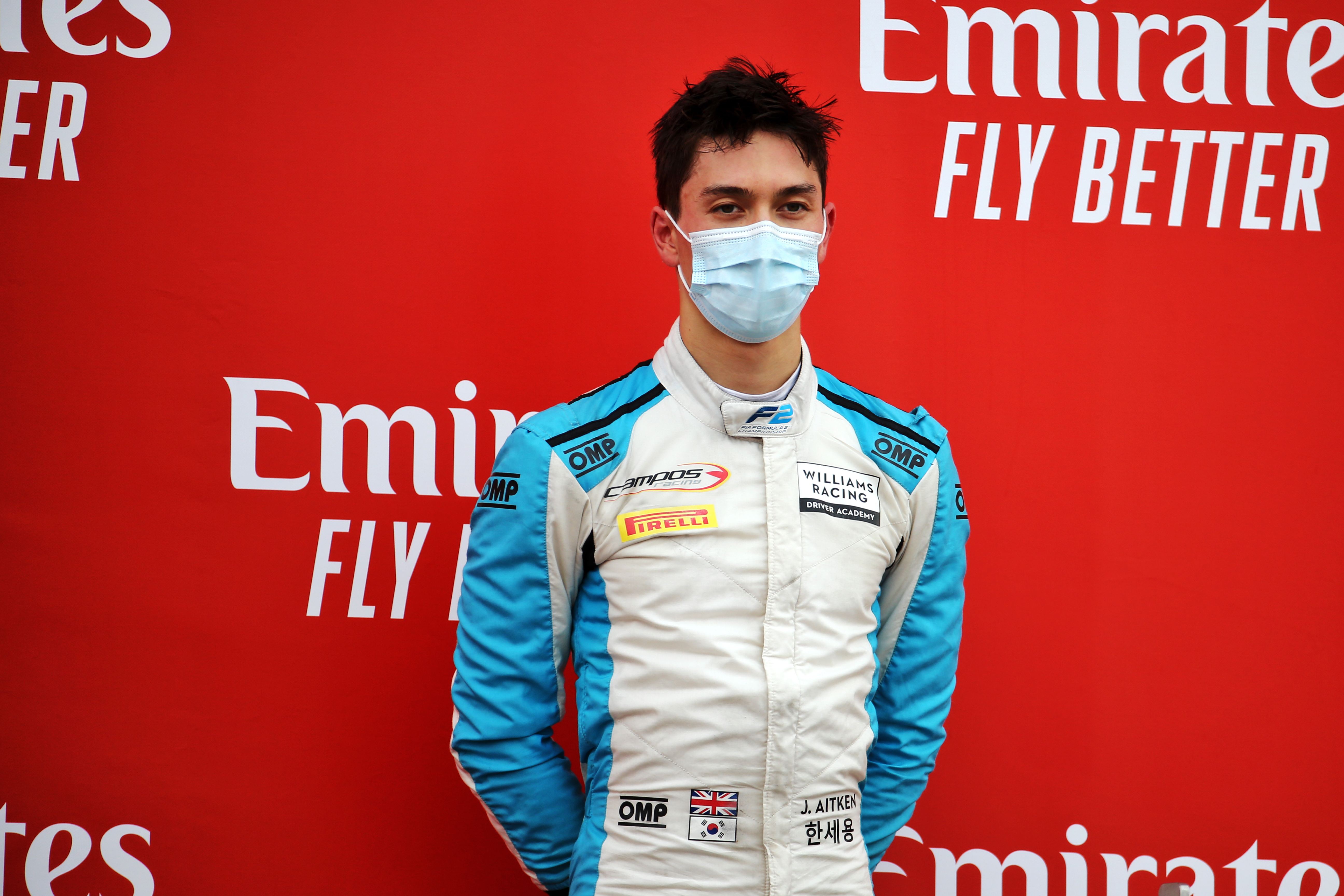 Current Formula 2 drivers Louis Deletraz and Jack Aitken – F1 juniors with Haas and Williams respectively – are rumoured to have had discussions with some Formula E teams over a variety of potential race and test deals for 2021.

Additionally, Romain Grosjean’s manager Martin Reiss is known to be in touch with at least two teams about a potential Formula E drive should Grosjean’s Formula 1 career end after 2020.

Teams must register drivers with the FIA by December 7 and the list will be made public four days later. 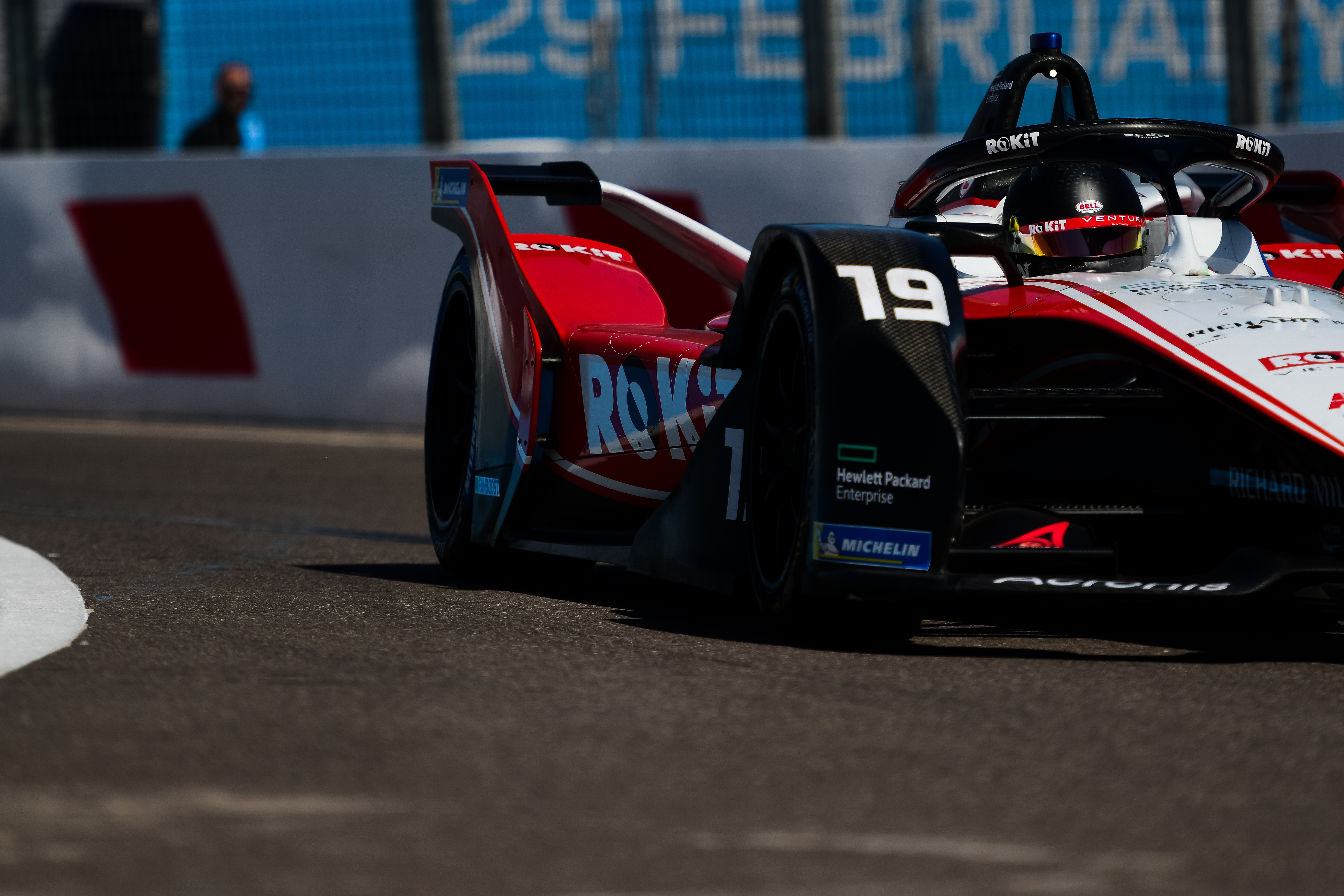