Cape Town still has a strong chance of hosting a Formula E race next season but it won’t be in the November 2021 date organisers initially intended.

The South African city has been planning an E-Prix for several years and announced in January that it was targeting a November date which could have kicked off the 2021/22 ABB FIA Formula E world championship as part of a major e-festival.

But The Race understands that an event in Saudi Arabia is now likely to start the eighth Formula E season and that a date at the end of February 2022 is currently the date most likely for the inaugural Cape Town E-Prix should a deal get signed in the coming weeks.

An announcement is expected to come in July, which is when Formula E is likely to confirm a provisional 2021/22 calendar at the next World Motorsport Council meeting on July 9.

The e-movement company which is organising the Cape Town race is said to be in advanced talks with Formula E about a multi-year deal for a race at a location around the Green Point Stadium which hosted matches at the 2010 FIFA World Cup. 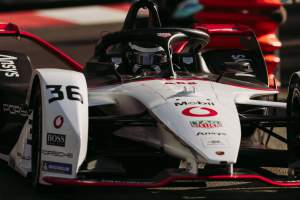 The Live Company Media Group which is heading up organisation of the planned eMobility festival in January signed a heads of terms with trade fair organiser Messe Frankfurt for a November 21 start. These initial plans included a desire to host the E-Prix on Sunday November 28 but this is now set to change.

Should the plans come off, Cape Town would likely join Vancouver and Seoul as new host cities for Formula E in 2022, while the convoluted Jakarta E-Prix deal could still be seen through for a race next spring.

“As part of our recently announced new division [Live Company Sports and Entertainment] we see real value in the E-FEST and eMobility concepts as companies and consumers around the world are increasingly looking to the car industry, corporates and governments to pursue sustainable and greener solutions in their countries,” said Live Company chairman David Ciclitira. 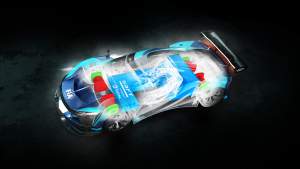 Where next for electric motorsport tech?
Read more

“South Africa is the first adopter of this festival but the group strategy is to roll this out globally – especially in countries already hosting Formula E races as part of their annual sporting calendar.”

South Africa was hit hard by COVID-19 over the last 18 months and is still continuing to recover from the pandemic with a vaccination roll out.

There were though exceptions with the 1983 and 1985 events taking place in October, while in 1982 a January date was used.