Guanyu Zhou has been released from the medical centre uninjured after the horrific crash at the start of the British Grand Prix, while Alex Albon has been taken to hospital for further precautionary checks.

Zhou’s Alfa Romeo was pitched into the air after being pincered between Pierre Gasly’s AlphaTauri and the slow-starting Mercedes of George Russell approaching the first corner.

His car shot through the Abbey gravel trap upside down, hit and vaulted the tyre barrier and struck the debris fence before bouncing back to land on its top between the fence and barrier. 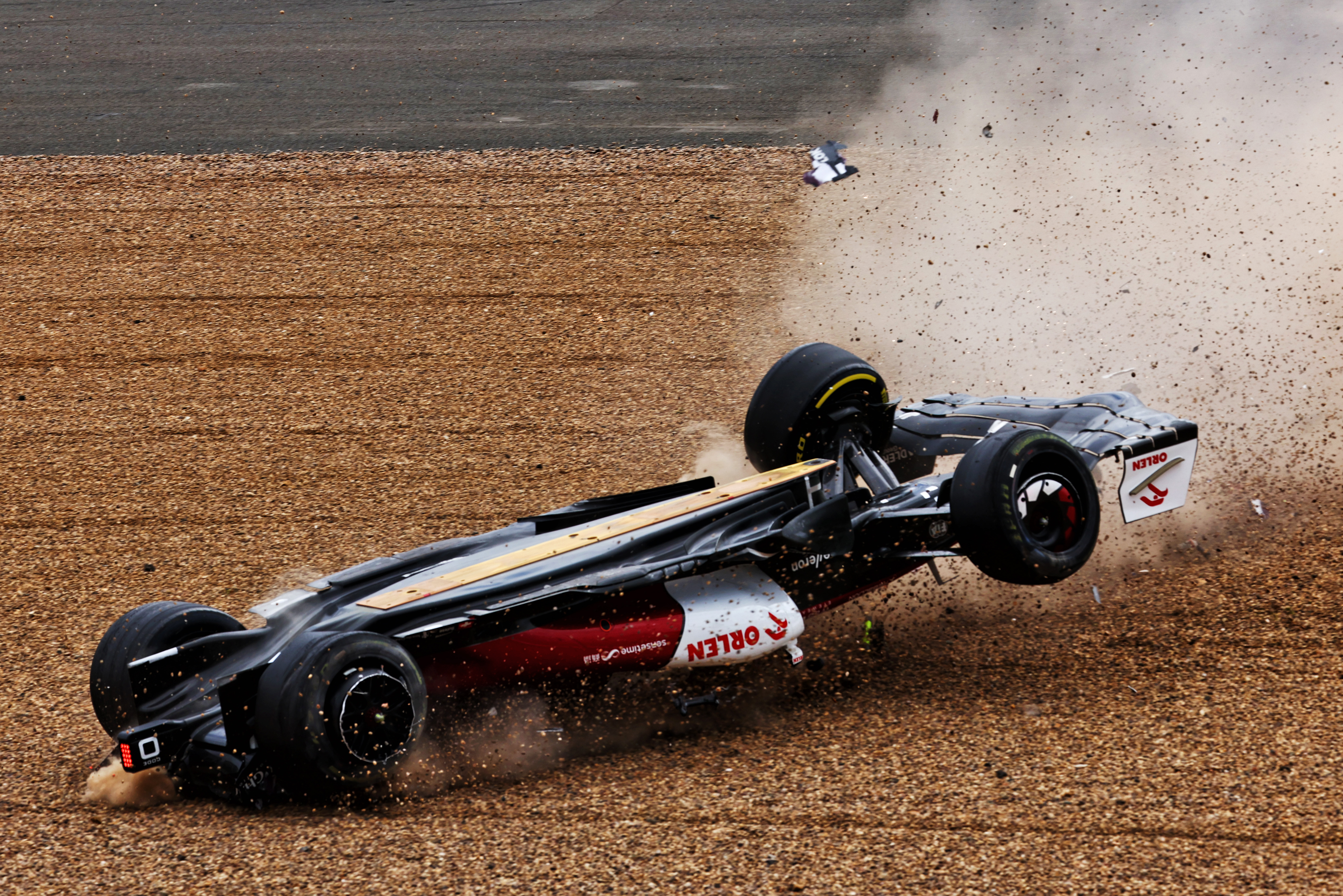 Zhou was carefully extracted by medical personnel and taken to the Silverstone circuit medical centre for checks.

An Alfa Romeo team statement issued during the restarted race said there were “no major injuries”, having earlier told Zhou’s team-mate Valtteri Bottas in a radio message that “considering the circumstances, he’s pretty good, pretty well”.

The FIA then announced that Zhou had been passed fully fit and released from the medical centre, just under two hours after the accident.

He subsequently tweeted that he was “OK, all clear” and that the “halo saved me today”.

The chain reaction incidents behind included contact between Sebastian Vettel and Albon that sent the Williams into the pitwall.

Albon’s car was then struck by both Yuki Tsunoda and Esteban Ocon as it rebounded. 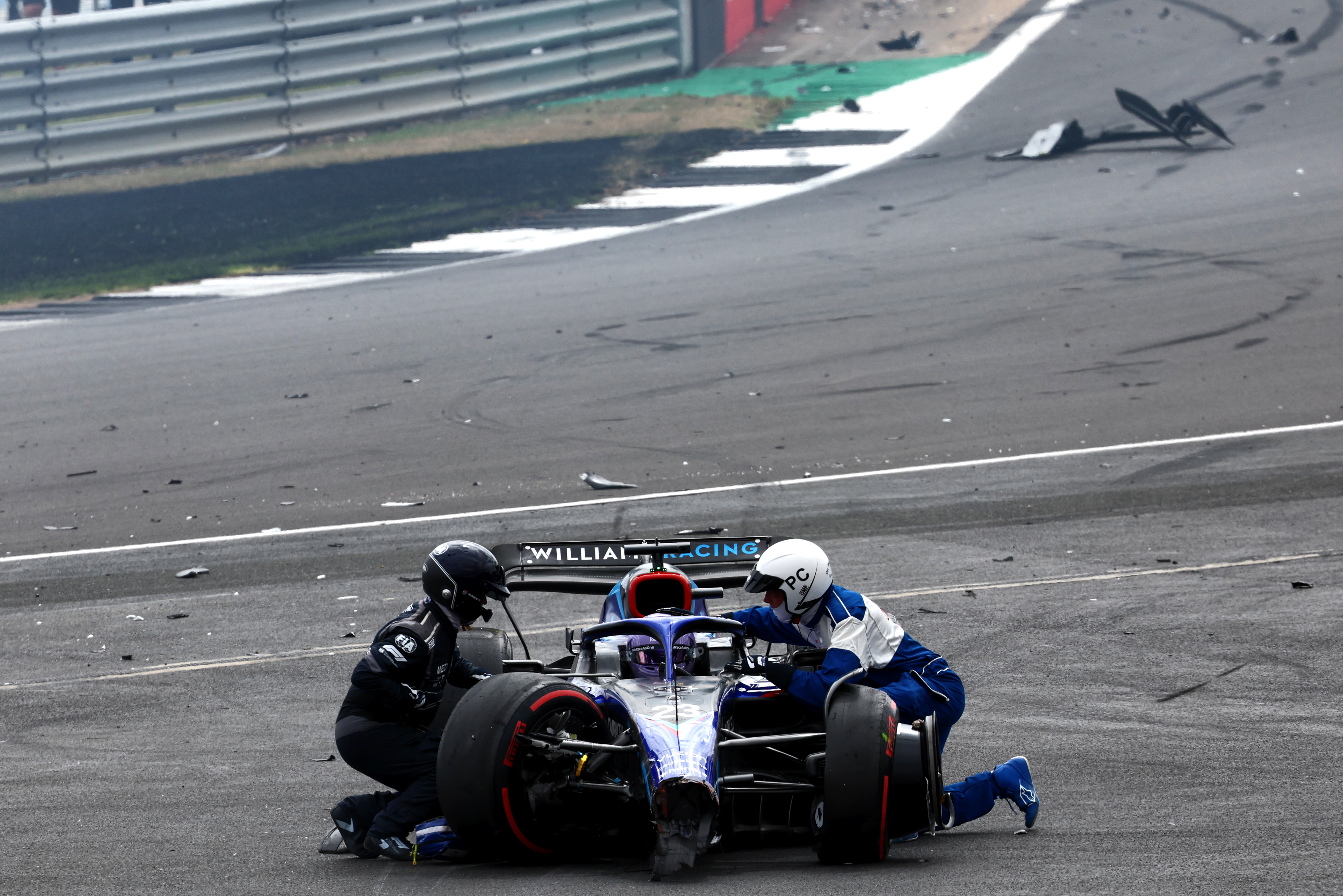 Albon was also initially checked in the medical centre, with Williams later saying he had “been transferred by helicopter to Coventry Hospital for precautionary checks”.