Mercedes Formula 1 boss Toto Wolff has outlined the reasons behind his team’s opposition to series owner Liberty Media’s proposal to trial a reversed-grid race in 2020.

Liberty saw the double-headers at the Red Bull Ring and Silverstone, which are now enshrined in the F1 calendar following the official confirmation of the first eight race dates, as a perfect opportunity to experiment with new weekend formats – something it has long been keen on.

The idea of adding a qualifying race – which would feature the field ordered in reverse championship order and serve the basis as the grid for the main event – to differentiate the same-track ’20 grands prix was understood to have gathered broad support among F1 teams. 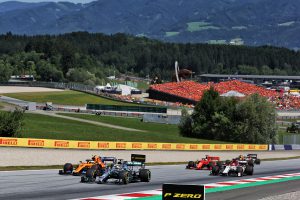 But to push such a change through for this season would’ve required unanimous backing, and it was understood Mercedes was not convinced – which was recently corroborated by Red Bull team principal Christian Horner.

Speaking to media on Wednesday, Wolff confirmed his outfit was opposed to trialling the new format, while also saying: “It seems to be a common pattern in Formula 1 that we are digging out old ideas that have been analysed thoroughly and rejected, and then somebody thinks it’s great and it’s back on the agenda.”

Wolff went on to outline the “three fundamental reasons” behind Mercedes’ refusal.

“[Number one], I believe that Formula 1 is a meritocracy – the best man in the best machine wins. We don’t need a gimmick to turn the field around to create more exciting racing.

“Number two, I know it from touring car racing that strategies become a very useful too when one race result is basically making the grid for the next one.

“Just imagine one of the drivers not running well on the Sunday race of the first Spielberg weekend and you decide to DNF the car, that will be the car that starts on pole for the qualy race.

“And if that car is starting on pole with midfielders he will certainly be on pole for Sunday and win the race.

“There will be cars in the middle that will defend and block as much as they can and therefore for the quicker cars coming from behind it will mean more risk for a DNF and that could influence the championship.

“And then, from a pure performance standpoint, whoever the fastest car may be, and it’s not necessarily us, will be penalised towards the second- and third-quickest teams because they will simply start in front.

“And as we know the margins are often not very large so therefore it’s a bit of an opportunistic move to give some teams an advantage.

“So it was us, yeah, we said this is not the time to experiment with things that interestingly didn’t even have the support of Formula 1’s fan community because in a survey only 15% expressed an interest in reverse grids.”