Why Ferrari has one driver delighted and the other dejected

Vettel was forced to “start from scratch” on Saturday after a miserable Friday in which he had an intercooler issue in FP1 and didn’t complete a timed lap, then lost more time in FP2 with a pedal-assembly problem.

He unsurprisingly failed to match Leclerc through Saturday’s running, but his qualifying session was particularly tough as he “struggled to make the car work for myself”.

Vettel did get through to Q3, but unlike Leclerc he had to use the soft tyres to do so – Leclerc was “very happy” to have the pace to use the mediums.

“We made it to Q3 but with the wrong tyre and then we didn’t make enough progress in Q3, so not a good day,” was Vettel’s bleak assessment.

“We have to start with the soft which is not good news.”

That’s because, as Leclerc put it: “We have the pace, but we’re destroying our tyres – so the mediums will help.”

But Vettel will have to cope with the soft tyres in the opening stint, and the likelihood of dropping into traffic as those starting immediately behind him will almost certainly start on mediums or hards and run longer. 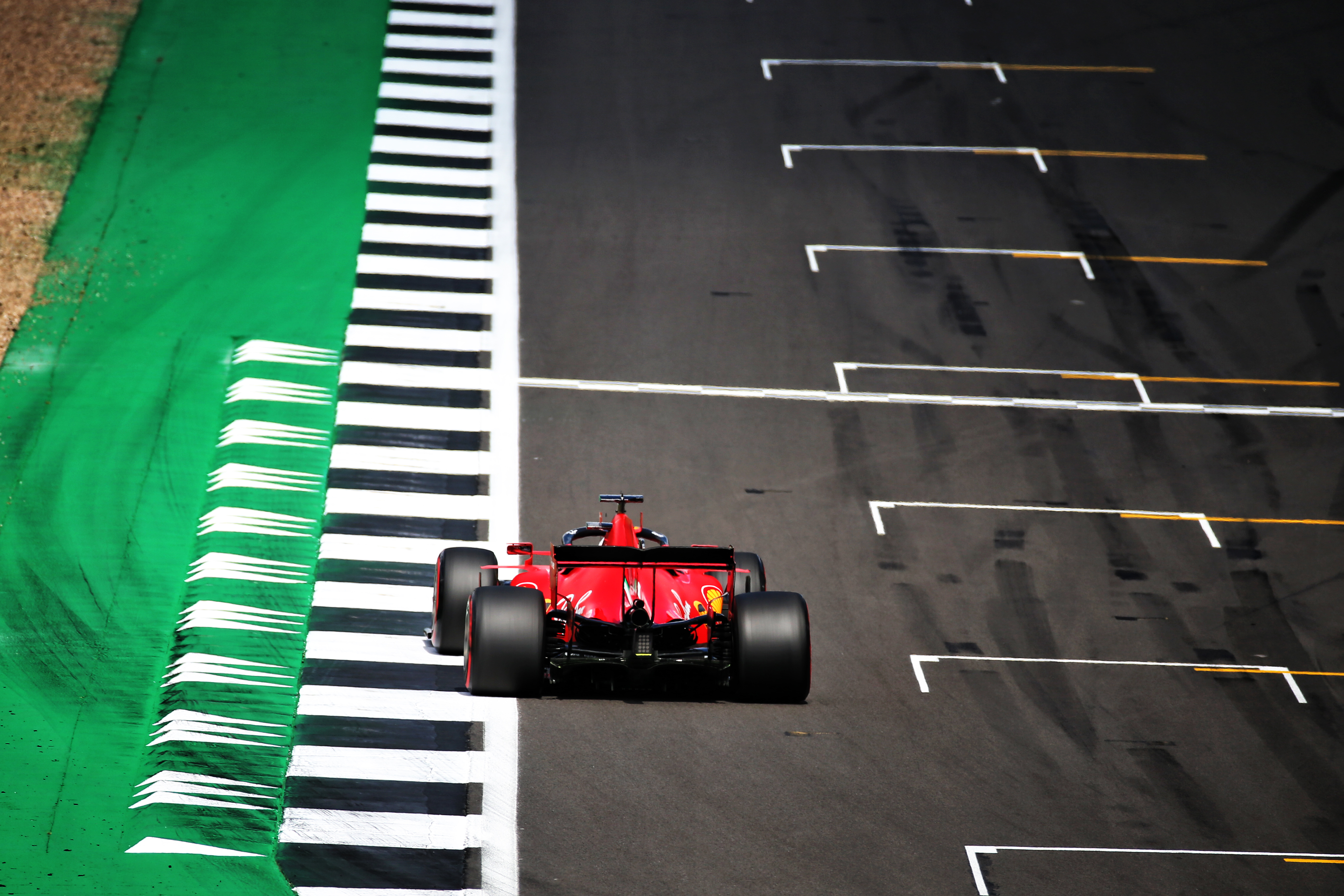 Had his best lap not been wiped out for running wide at Copse and exceeding track limits, Vettel would have still six tenths adrift of Leclerc, and only ninth on the grid instead of 10th.

That wide moment at Copse and another wide moment out of Becketts, dipping a wheel onto the dirt through Chapel, typified Vettel’s struggle compared to his team-mate.

Leclerc was more assertive with his steering inputs, rotating the car better at low speed and winding the lock off quicker than Vettel could manage.

At high speed, the scene of Vettel’s big time losses, Leclerc also seemed able to hustle the car to the apex in a way Vettel couldn’t – higher-speed corners and working with a loose car have never been his strongest points. 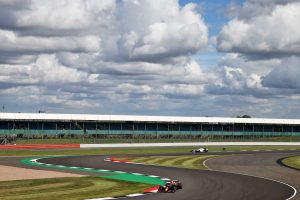 He’d complained of “losing the front completely” on the entry to Copse but he actually just seemed to have less confidence on turn-in, causing the car to run wide.

These small factors only gave away half a tenth in the first sector, but then a quarter of a second through sector two (which would have been negligible without running wide) and three tenths in sector three.

The longer the lap went on, the more the dialled-in Leclerc extending his advantage. He was understandably thrilled with his effort – cheering over the finish line at the end that “this lap felt good… I hope it was a good lap!” and being assured it certainly was. 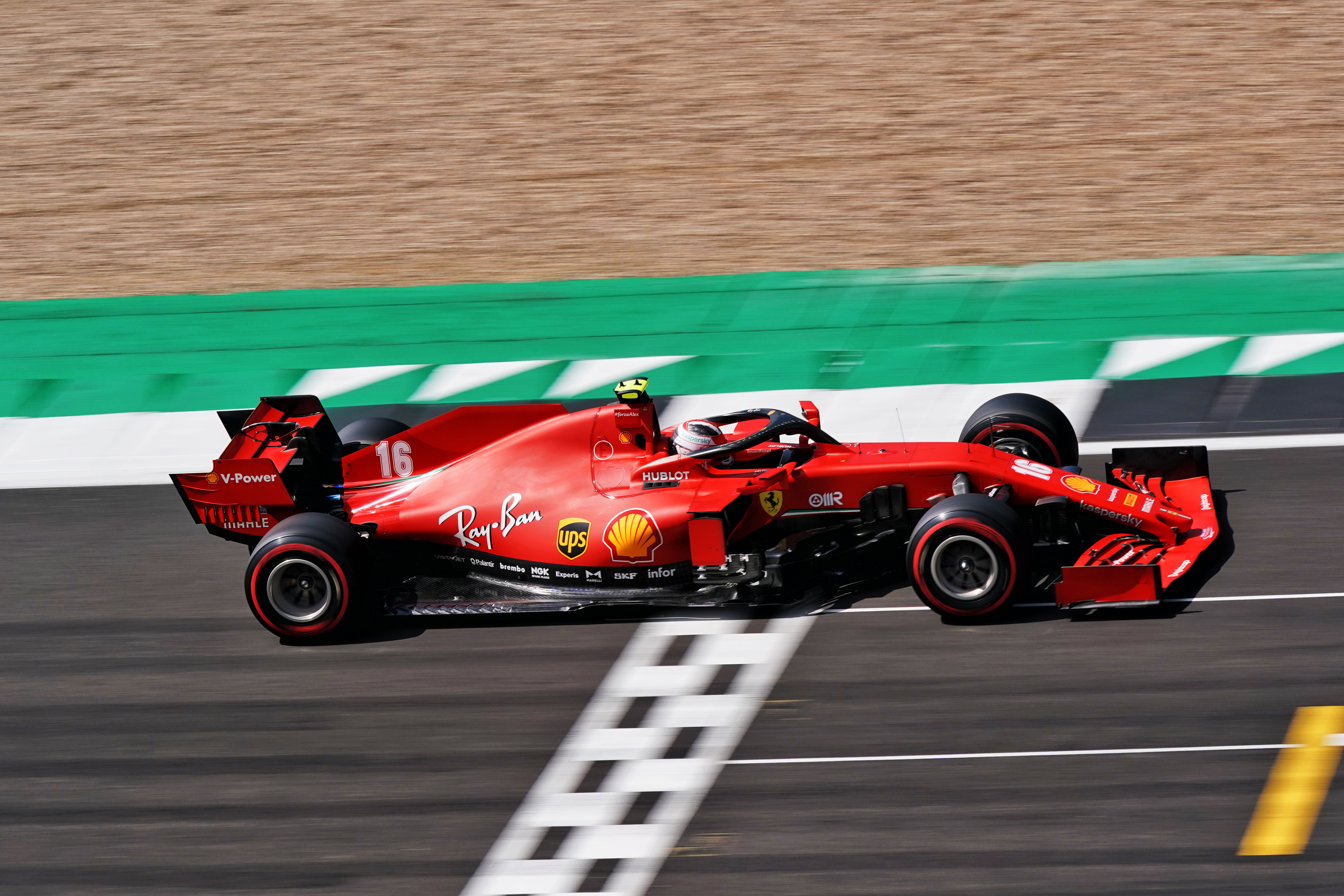 Ferrari had been braced for arguably its worst performance of the season given Silverstone is increasingly power-sensitive and sporting director Laurent Mekies targeted beating one of the Red Bulls or Racing Points as the best target in qualifying.

But Leclerc managed to outdo that, and even had enough speed to rival Red Bull’s Max Verstappen for third place.

“It’s a great qualifying today, I’m happy with the job we have all done,” he said.

“To do P4, I definitely did not expect that, so it’s great.

“We changed the car a little bit from yesterday, I don’t think it affected too much the qualifying looking at the result, but hopefully to improve the race pace so let’s see tomorrow.”

Ferrari’s race pace was poor in Friday practice but the team’s set-up changes and cooler conditions could ease that pain.

If so, Leclerc’s qualifying heroics may have set him up for Ferrari’s best result since its fortunate podium in the season opener – at the race it was fearing the worst. 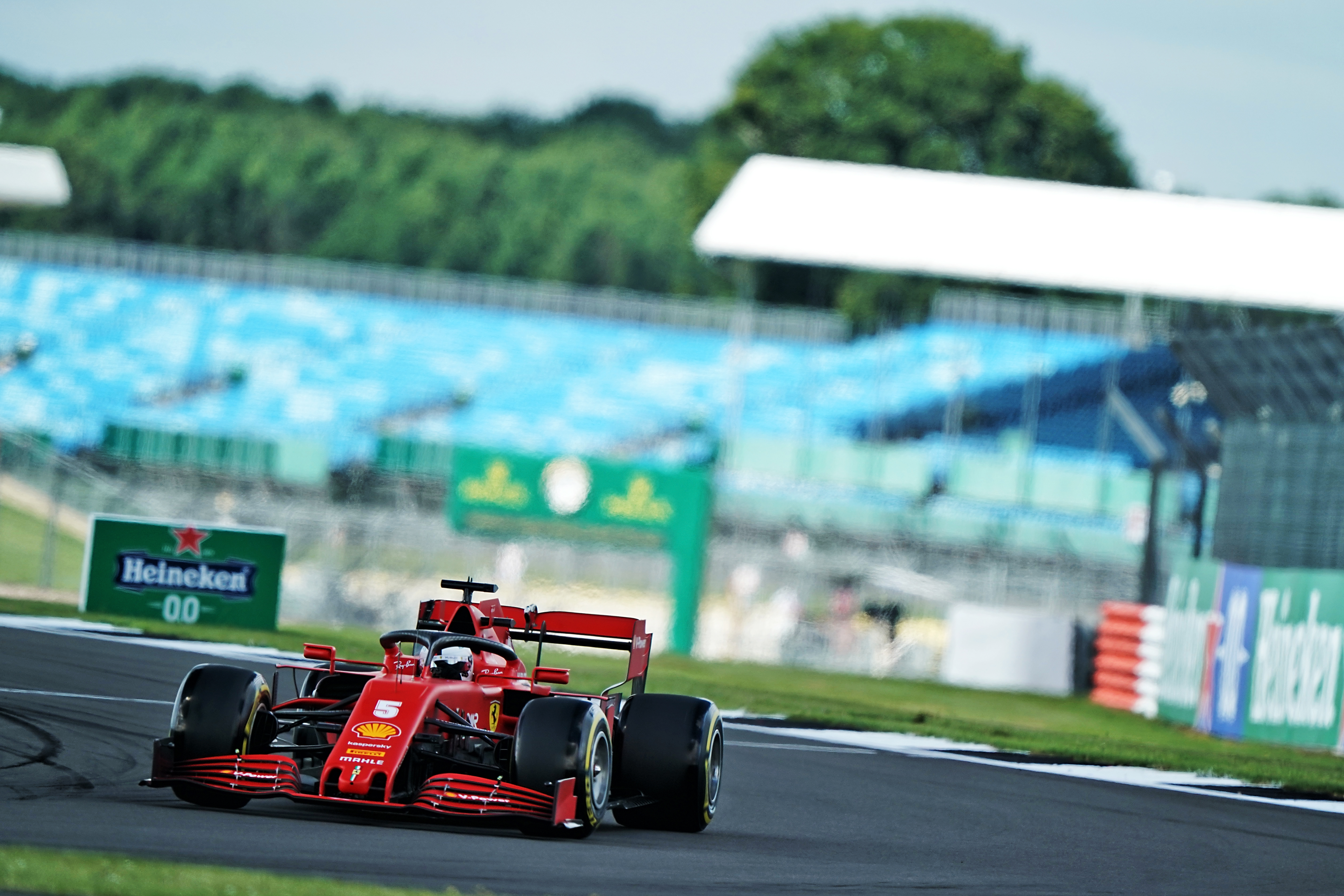