How Mercedes can keep the intrigue alive in F1 2020

Given that the margin of Mercedes superiority is now greater than at any time in the turbo-hybrid formula – and that such a situation has arisen at the worst possible time for Formula 1 – there is an implicit pressure upon the team to maximise the competition between its drivers.

As such, offset strategies – which Toto Wolff insisted he would not be considering in Hungary – begin to suggest themselves.

Silverstone is a particularly appropriate venue for this idea to rear its head again, given that Lewis Hamilton last year improvised his own offset strategy, against the plan of the team, to beat his pole-setting team-mate Valtteri Bottas.

Hamilton’s successful strategy was based around his certainty that his combination of pace and tyre usage could make the one-stop the superior tactic, despite the team’s numbers at the time showing two-stop as the optimum. 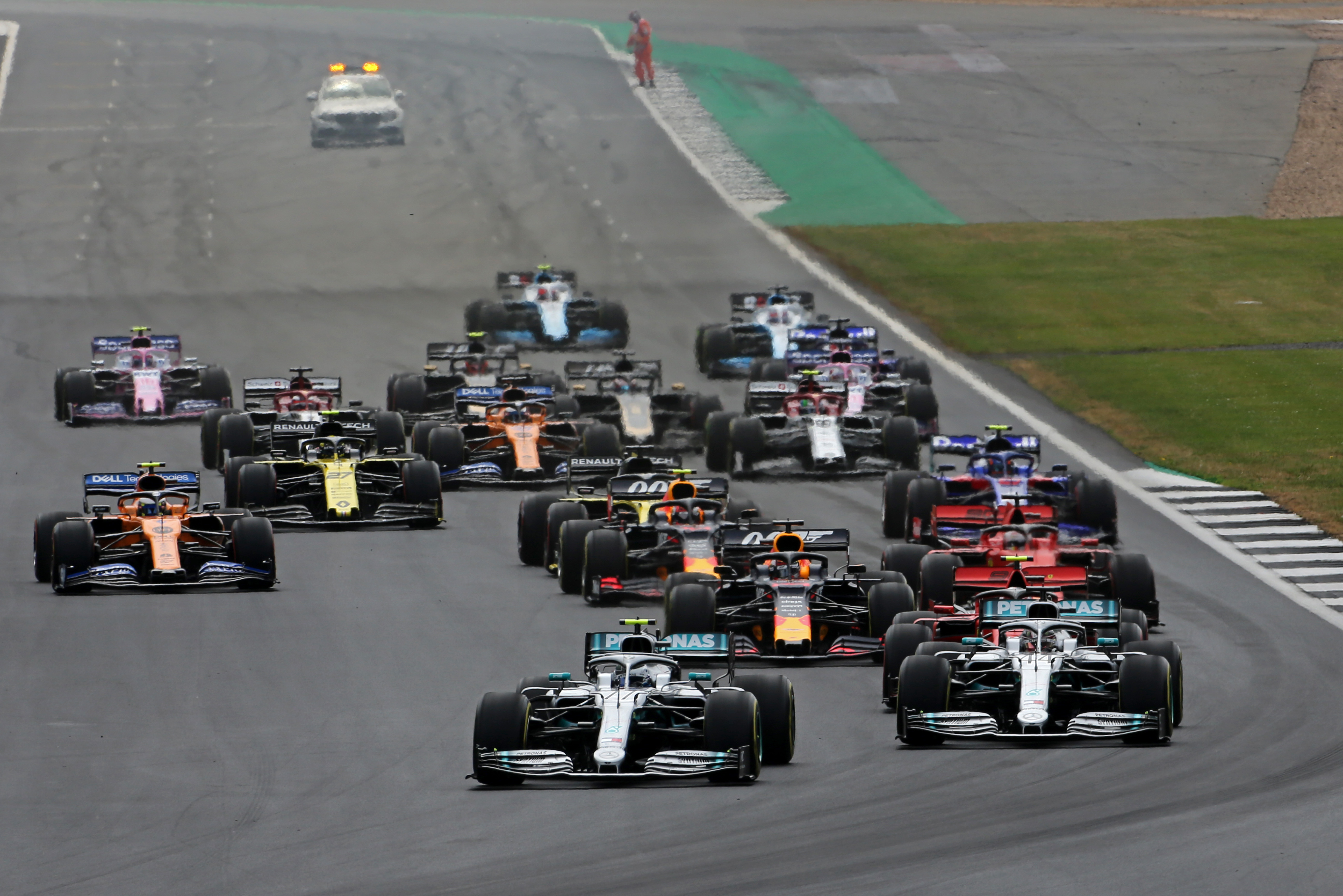 When Bottas won the start, Hamilton put his ‘secret’ plan into action, pushing Bottas hard from the off, making him take defensive lines, forcing a hot pace and compromised lines that would help ensure Bottas used up his tyres quicker than he wished.

Hamilton did this in the knowledge that, as the driver ahead, Bottas would stop first and be locked into a two-stop, by the fitment of the same compound of medium tyres on which he’d started.

Hamilton, keeping his own tyres in shape, planned then to run much longer and request that he be fitted with hards at his stop – which he then reckoned would get him to the end and that he’d assume the lead when Bottas was obliged to make his second stop.

It was working beautifully but the timing of a safety car just ensured everything fell further into Hamilton’s favour and so he took victory without his actual plan getting a chance to play out fully. 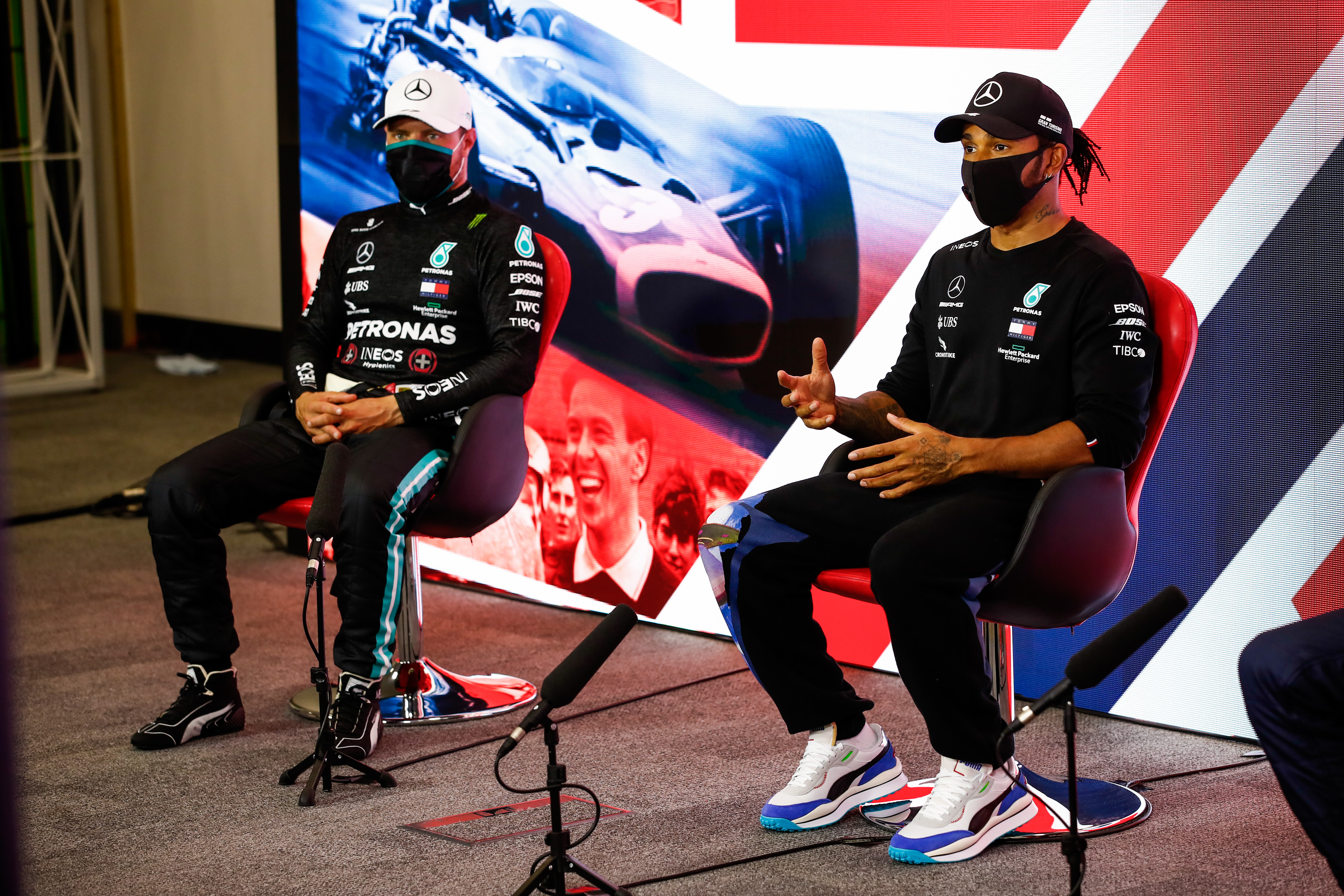 The two drivers again share the front row, though with positions inverted from last year, with Hamilton on pole this time. Asked about the possibility of offset strategies, Hamilton – initially seeming not to think back to last year – appeared to bat the idea away.

“It’ll be the same as always,” he replied. “We have a philosophy and approach as a team and we’ll not be changing things unnecessarily. I don’t think there will be any difference here, there’s not much of a benefit. It’s quite clear in terms of strategy on tracks like this – like last year…”

Well, maybe. It’s true that a one-stop strategy does look more certain on the eve of this year’s race than was the case last year and that therefore there’ll be less opportunity to tease a better strategy out of superior tyre usage. 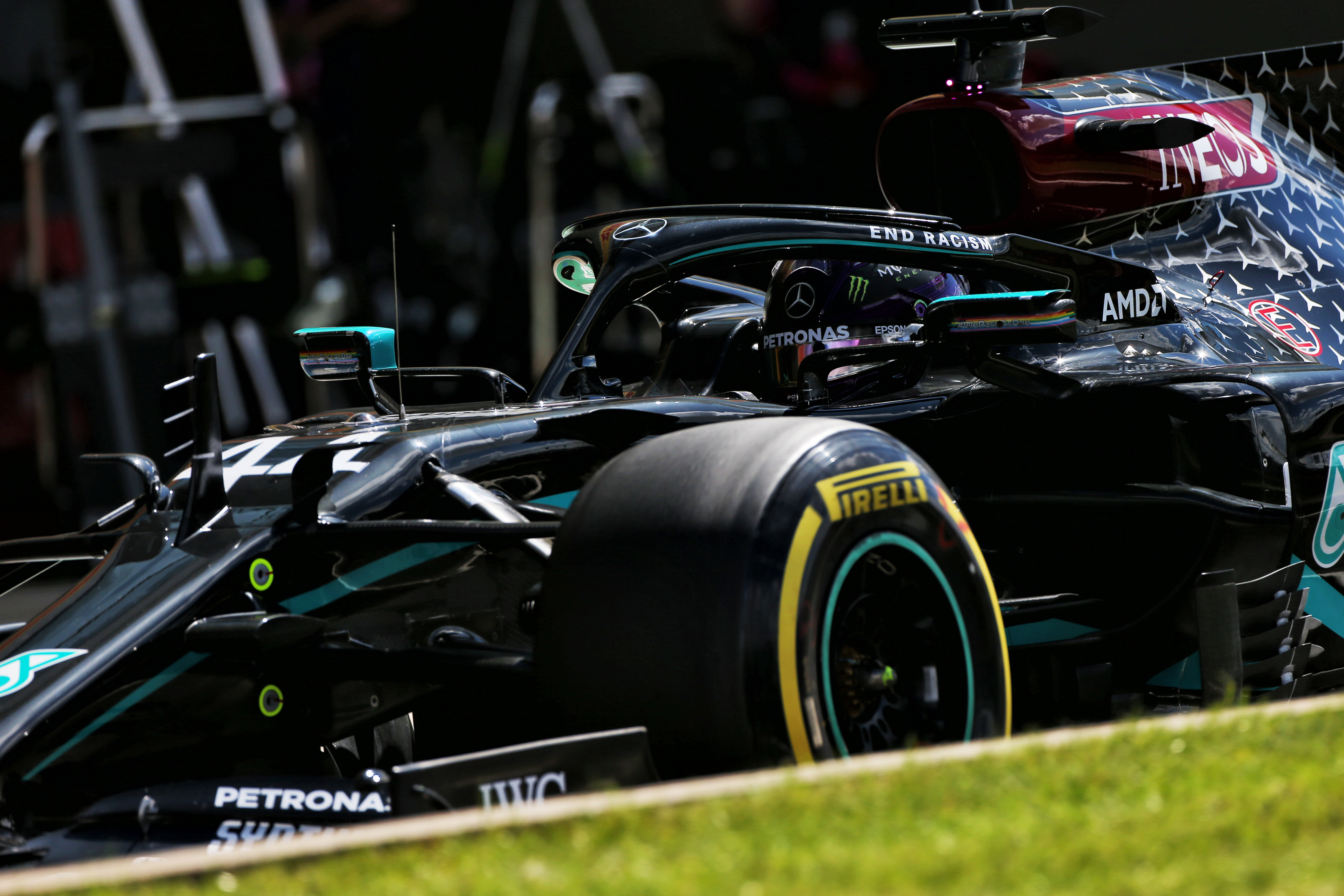 The medium tyres on which they’ll start should comfortably get them far enough into the race that the slower hard will then get them to the end.

But even within a uniform one-stop, there could still be opportunity. Bottas certainly seems to think so.

“I’ll try everything. It’s still very close between us in the championship points so of course I’m going to do everything I can and of course we’ll look overnight with the engineers to see if there’s anything different I can do,” he said.

“Yes, we have a certain philosophy and usually the car ahead can kind of choose the strategy a bit more, which is fair enough. That’s how it goes.

“But you never know. We saw a pretty different race from mine and Lewis’ side last year, so we’ll see.” 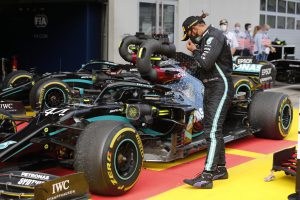 Why Mercedes should fear a title-skewing nightmare
Read more

In Hungary two weeks ago Wolff said he believed it would possibly be “negligent and complacent” to consider such offsets.

“I don’t want to find myself in a position where we throw away valuable points and Red Bull comes back strong at the end of the season,” he said then.

But he didn’t count it out for the future.

“I’m not saying no to alternative race strategies. But I’m not sure I want to deploy this tomorrow [in Hungary].” 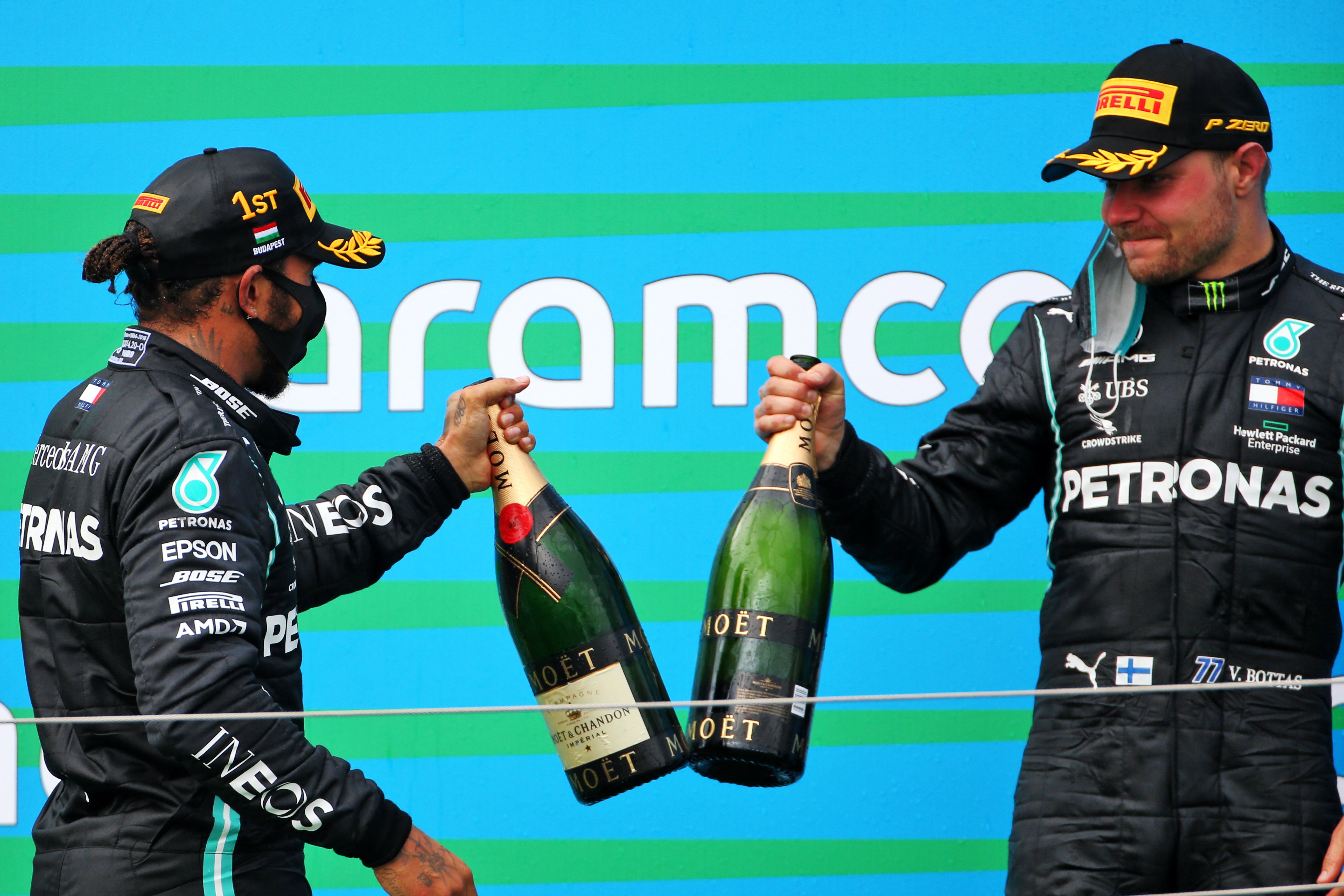 Well this is only one race later, but comes at a crucial stage in keeping interest in the championship alive in what is a hugely important season for the sport. Locking the result into place at turn one, lap one, or even at the first stop, doesn’t sit well with that. Besides, last year’s offset wasn’t even a team policy – but Hamilton’s.

“Here, the car leading will get priority and if the car behind wants to go longer with the tyres, that’s perfectly fine with our racing intent,” said Wolff

“The way that we run a race is you prioritise the guy leading and you optimise his race and then once he’s done a stop [you] then optimise the guy behind.”

Last year Hamilton, as the car behind, was able to take advantage of that protocol and was in place to turn that into a race-winning strategy advantage even before the safety car further ensured it. There’s less scope this year because there looks to be less variation likely. 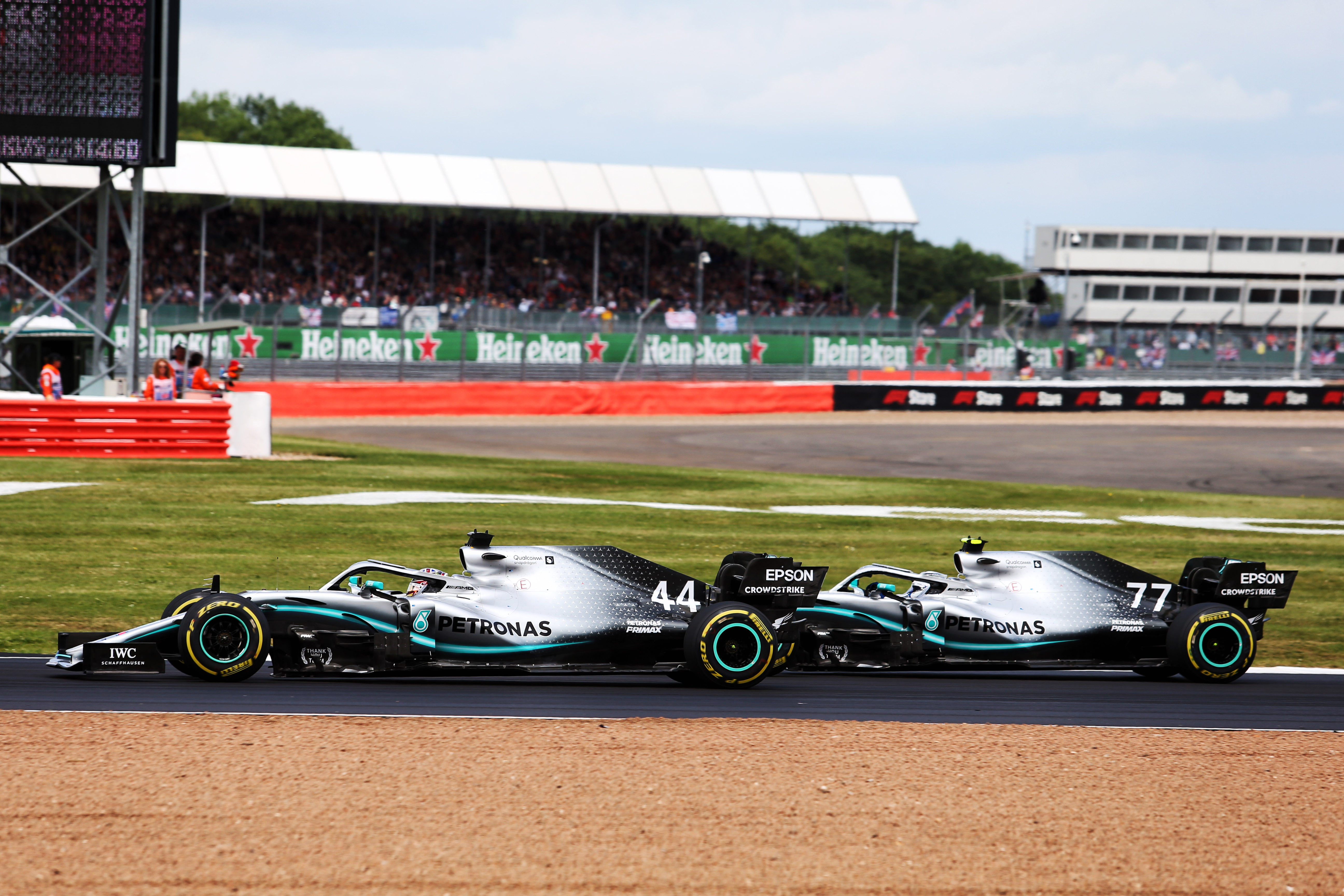 “It’s rare that you get a processional race here,” continues Shovlin, “and if our two were together then neither will be assuming that it’s done and dusted until they get to the chequered flag.

This time around, Hamilton isn’t starting from behind, the one-stop looks more nailed-on and Bottas may not be able to summon the sort of pace/tyre use combination that won Hamilton last year’s race.

But next week, we have the 70th Anniversary Grand Prix at the same venue, with tyres a whole step softer and a weather forecast suggesting scorching temperatures. Maybe that’s when it might all unfold. 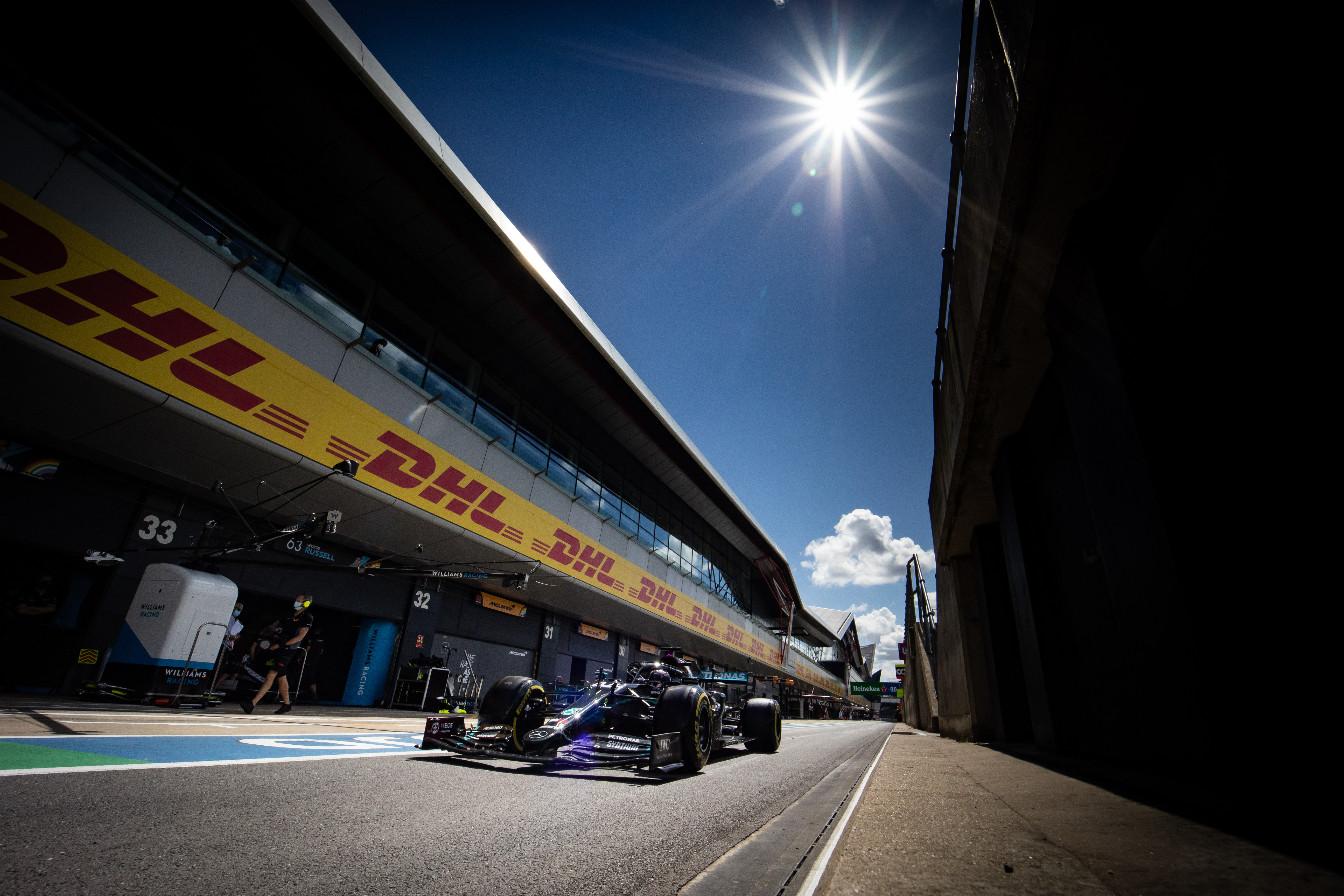