Why F1 must take a bigger role in Mazepin controversy

The Nikita Mazepin video controversy is a matter that his 2021 Formula 1 team Haas has committed to taking seriously, but handling privately in the meantime.

Its reaction has been supported by F1 itself and governing body the FIA, but they have so far opted to leave this to Haas while offering public backing from afar.

Whatever the outcome to Haas’s internal review, there is no way Mazepin will be anything other than heavily scrutinised when he races in F1 next year. That’s significant for Haas but also the championship, for he’s a controversial driver on-track and away from it.

Mazepin is entering F1 having come close to a race ban’s worth of penalty points by the end of his 2020 F2 season and been suspended earlier in his career for an altercation with another driver, who was left with minor physical injuries.

And he has attracted negative attention for various actions, from his personal life to social media activity like wishing a happy birthday to COVID-19, a virus that has killed 1.65million people worldwide and plunged countries into crisis.

The video he posted on Instagram of him in a car grabbing another passenger’s breast is another incident to add to the list. And it’s in everyone’s interest to take this as seriously as possible, so F1 and FIA shouldn’t leave it as a team issue. 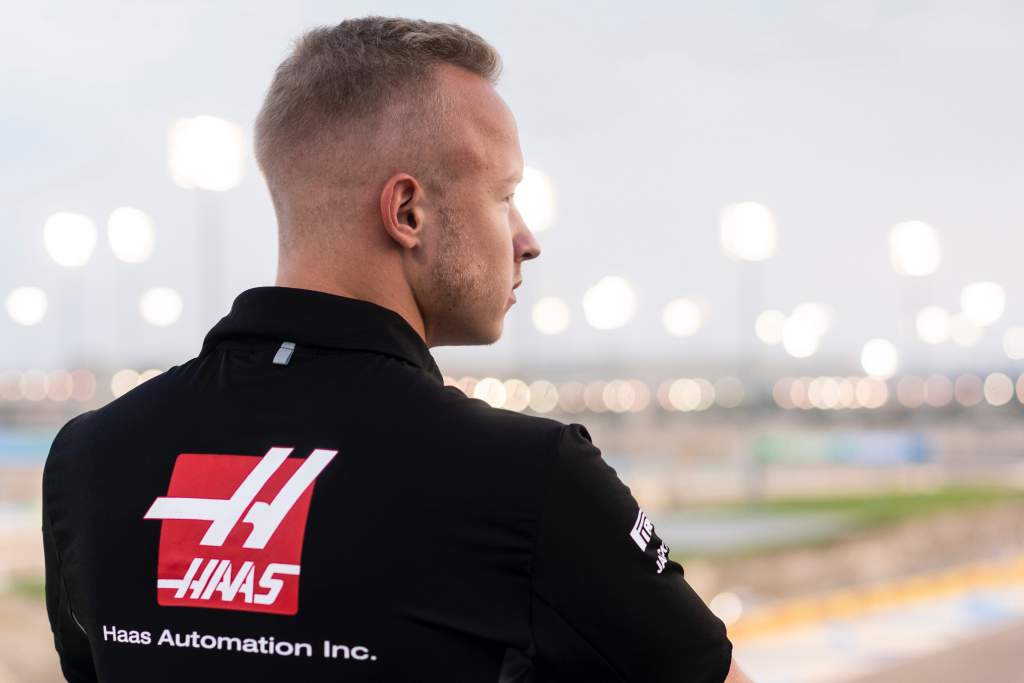 Mazepin himself said he needs to hold himself to a higher standard as an F1 driver – some people have pointed out that’s a human requirement too, but as far as F1 and the FIA are concerned it’s his requirements as a participant that matter most. The regulators are meant to hold drivers to that standard, as policing the rules is part of their responsibility. And it should start here, not get kicked down the road.

Haas boss Guenther Steiner has indicated the team’s resolution may remain private, but that seems unlikely. Haas will likely want to ensure this is handled as transparently and effectively as possible. A private resolution should be avoided. And the end result should also be reached with F1 and the FIA doing something to underpin the values they espouse through initiatives like #WeRaceAsOne.

Given the content of the video and the fact it was shared publicly, it is no surprise this saga triggered a vocal and emotional reaction. There is a swell of condemnation and demand for serious action. A social media campaign using the message #WeSayNoToMazepin erupted following the video, while a petition set up on Change.org calling for Mazepin’s superlicence to be revoked amassed 40,000 signatures.

Meanwhile, a fresh rumour is now circulating that Mazepin’s seat is at risk, although The Race understands this is a misinterpretation of Mazepin cleansing his social media and Haas’s end-of-season substitute Pietro Fittipaldi adopting the ‘Haas F1 driver’ description in the wake of his two grand prix appearances at the end of 2020. 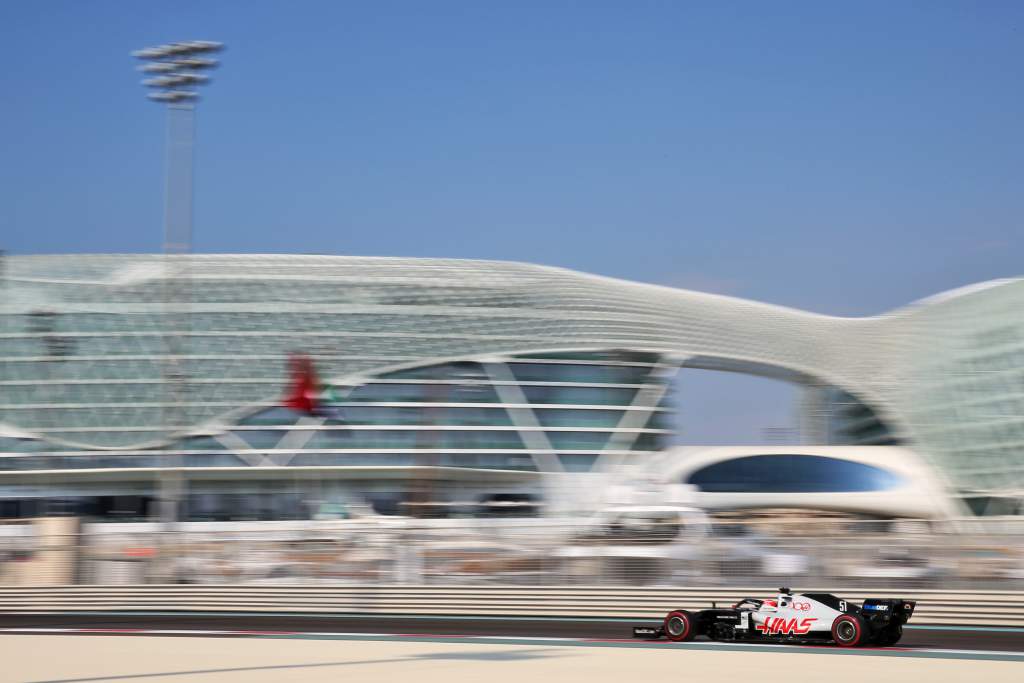 It is a tricky situation to judge the outcome of, because the young woman’s immediate testimony, in posting a statement shortly after Haas/Mazepin did, addressed both Mazepin’s behaviour and the fact the video was uploaded, and targeted Mazepin’s lack of wrongdoing on both counts. This seemingly applied vital context to the situation that is impossible to discern from the video. It is an unignorable, important element from a legal perspective.

But Haas responded to the video with a strongly worded statement, and its initial reaction was publicly backed by F1 and the FIA. Mazepin has also admitted he had behaved inappropriately. Which means all parties have acknowledged something about it was unacceptable in some way.

So, sooner rather than later, F1’s authorities need to take a more active stance rather than just be bystanders. Because right now, 12 days and counting since the incident first drew Haas’s condemnation, the two main bodies acknowledged something wrong happened but have opted so far not to play a role in the action.

What will define the need for consequences, and how severe those consequences are, is whether Haas or the championship’s regulators determine Mazepin has done something explicitly wrong that breaks a law or an FIA statute. If they find that the young woman’s initial testimony supports the view Mazepin has not done that – because she initially downplayed his behaviour, she said she uploaded the video not him, and she defended his character – they will not treat him like he’s guilty anyway. Legally they can’t.

Should that be the extent of the outcome then F1 and the FIA have a duty to ensure it has at least been reached following proper scrutiny. 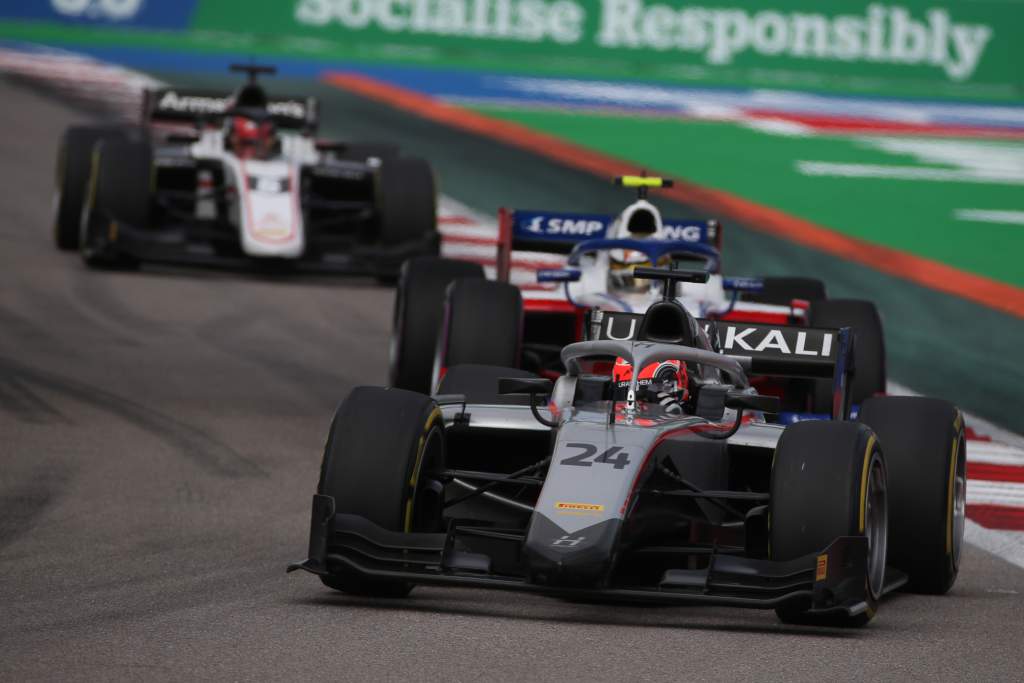 An investigation into the behaviour and the fact it was posted on social media would set a precedent that this sort of thing is taken seriously. It would show that F1 and the FIA have more of a say in this than just sharing a nice hashtag.

It would also help find answers to a couple of important questions that have arisen since Haas’s initial address. There have been subsequent social media posts from the young woman in question that have been widely interpreted as pointed references to the incident, which merit F1 and the FIA seeking to clarify: is she talking about Mazepin, and does she stand by her original statement?

Also, Mazepin’s statement is also no longer on his Twitter feed, as his profile has been wiped of all posts. It means his apology has been withdrawn from his official channel. Why is that?

Checking the veracity of the accounts presented both at the time and subsequently to eliminate any grey areas is vital.

And though a deeper look at this would not officially put Mazepin on a ‘watchlist’, it would mean that if any future offence occurred it would not be seen in isolation by the relevant F1 authorities. That would also send a strong message that F1 is paying attention. 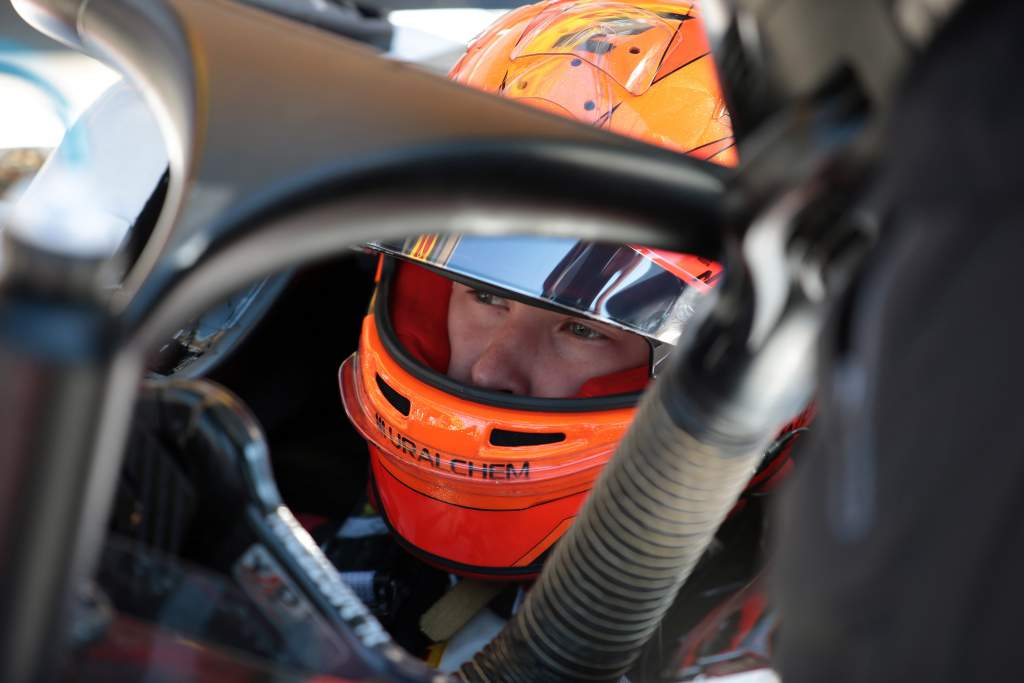 The public scrutiny will not stop when Mazepin lines up on the F1 grid next year. People will connect the incidents on-track and off it. This sorry episode has already put Mazepin, Haas, F1 and the FIA under the microscope and many don’t like what they’ve seen. And if the outcome is left as an obscure pledge to hold himself to a higher standard “as an F1 driver” and with no involvement at all from the rulemakers, that will not be a good look either.

F1 is a global sporting competition but it does not exist in its own bubble. If it felt no social duty it would never have engaged in diversity and inclusivity programmes. But when faced with an incident relevant to those social responsibilities, simply reiterating that values matter and thinking that alone is enough will only undermine the championship’s credibility in the long-term, as well as faith in its ability to act appropriately when required.

An incident like Mazepin’s may not get the punishment the court of social media is calling for. But it needs a stronger, clearer official response than it has received.