Silverstone has offered to hold more than the British Grand Prix this year if it helps Formula 1 complete a full season, including potentially using the track in reverse. 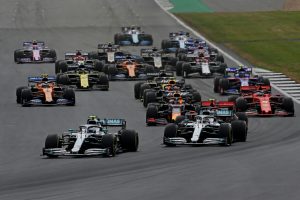 Circuit boss Stuart Pringle said that trying to hold a grand prix on a reversed circuit layout is “not such a silly thought” and that “nothing is off the table”.

However, it would need considerable investment to redesign many elements of the circuit to satisfy the FIA’s safety requirements, which would likely be prohibitively expensive.

But what would the track be like in reverse, and where are the problem areas with running Silverstone the wrong way round?

Our Formula 1 journalist Scott Mitchell took to the official Formula 1 game, F1 2019 to find the answers.