Rubens Barrichello claimed victory in the reversed-grid second part of The Race Legends Trophy on the NOLA circuit.

The former Ferrari and Brawn Formula 1 star passed early leader Max Papis into the first corner on the second lap of the race using Brabham BT44Bs on rFactor 2 and then made his escape.

Papis lost second when tapped into a spin by Emanuele Pirro. Though Pirro was passed by Tiago Monteiro in that incident, he reclaimed the place from the WTCR racer later on and then halved Barrichello’s lead on the way to second place.

Dario Franchitti held onto fourth ahead of Jenson Button despite a trip over the grass on the penultimate lap. 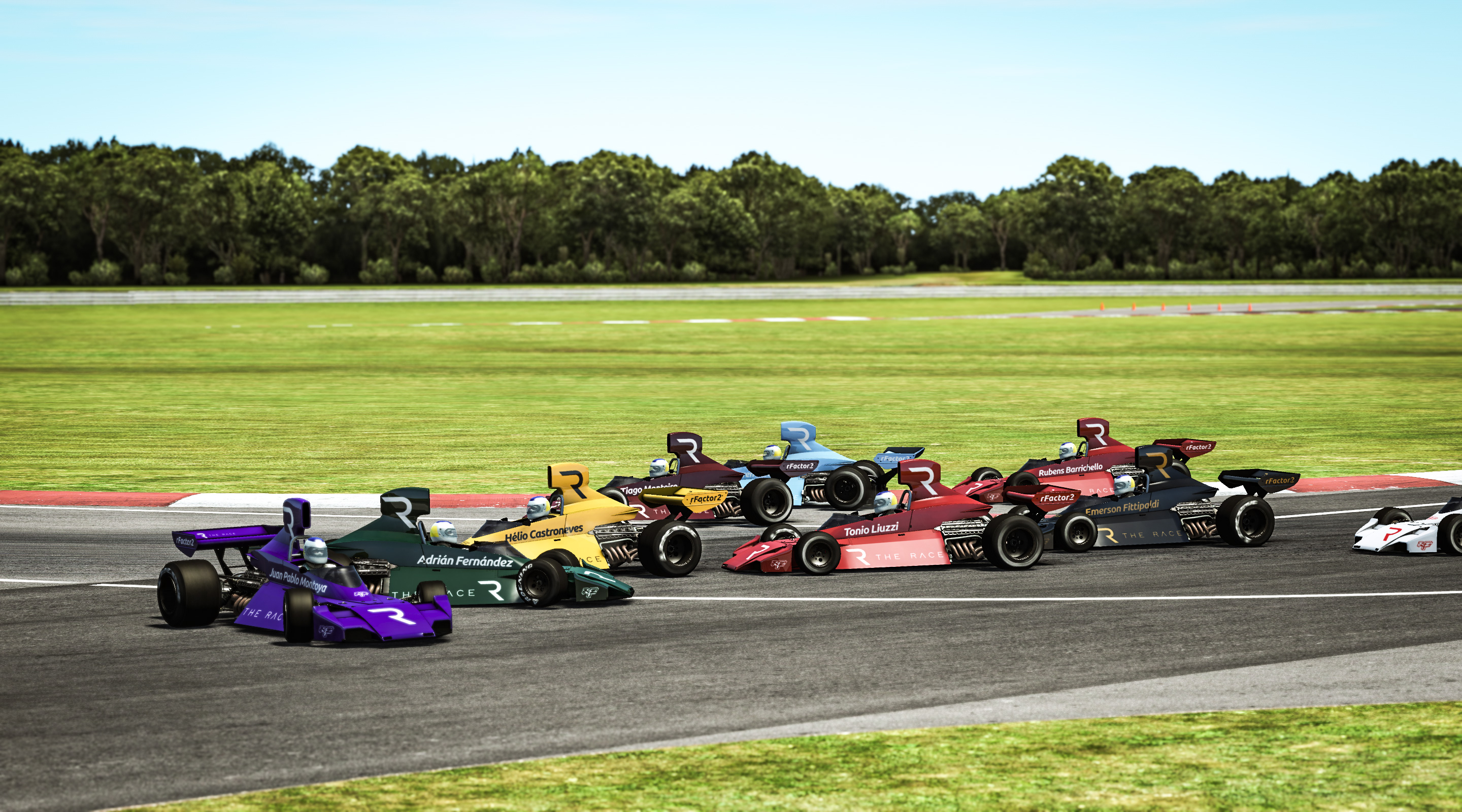 Button was one of many drivers delayed in incidents on one of the messiest first laps ever seen in motorsport, but fought back superbly to reach the top five.

His final move was on fellow F1 world champion Emerson Fittipaldi, who was then knocked down the order by Adrian Fernandez as they both raced with Papis.

Fernandez made it home unscathed in sixth, followed by David Braham, Vitantonio Liuzzi, Juan Pablo Montoya and race one winner Jan Magnussen – who was yet another driver badly delayed in lap one mayhem.