Vettel’s first qualifying as an Aston Martin driver turned out a disaster for the four-time F1 champion, as his key final lap in the first segment was compromised by two incidents. 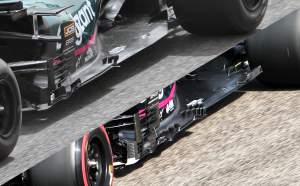 However, Vettel could now be in an even worse predicament than his 18th place on the grid suggested initially, following the summons from the stewards – who have scheduled a meeting for 13:30 local time on Sunday with Vettel and the team representatives.

Vettel was warned about the double yellow flags at Turn 8 on the radio, although it’s not clear how much in advance the warning was.

And while Vettel was clearly slowed by the incidents ahead and was a hundredth slower on that lap than on his best in Q2, he did improve in the second sector – where Sainz had come to a halt.