The winners and losers from Formula 1’s Tuscan Grand Prix

A more-entertaining-than-feared Tuscan Grand Prix ended in a familiar Mercedes 1-2, but flipped the script in many other aspects.

Below we select our winners and losers from Formula 1’s first-ever race at Mugello. 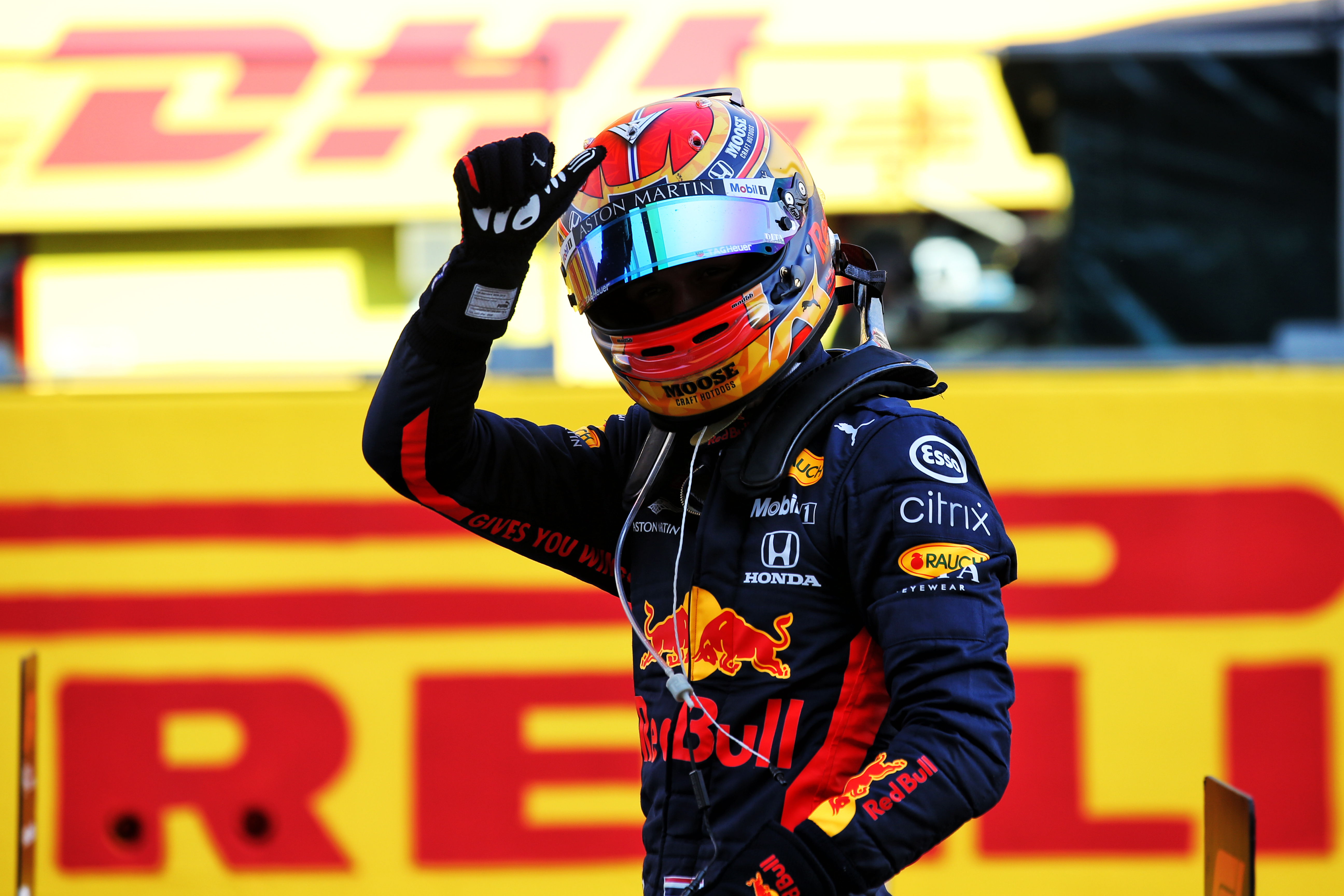 “Thanks for sticking with me,” said Alex Albon seconds after securing his first podium in Formula 1. The release from the relief and joy was instant, and powerful.

Albon made this difficult for himself. He was in a solid position early on, despite getting jumped by Charles Leclerc at the start, thanks to Red Bull team-mate Max Verstappen losing power off the line then getting punted off.

But poor restarts, rolling and standing, proved Albon’s undoing and he was mugged too often. Every time he fought back he got pushed back again. This race was a microcosm of his career!

Armed with a Red Bull that was finally a clear second-best again to the Mercedes, though, Albon had what he needed to do the job. The manner in which he passed Daniel Ricciardo in the final phase of the grand prix – late on the brakes and using the profile of the first corner to sweep around the outside – was a wonderful combination of judgement and bravery.

When Albon has been in these positions before, that combination has been a bit off. This time it was perfect. It was tougher than it needed to be, but that just meant Albon earned it. – Scott Mitchell 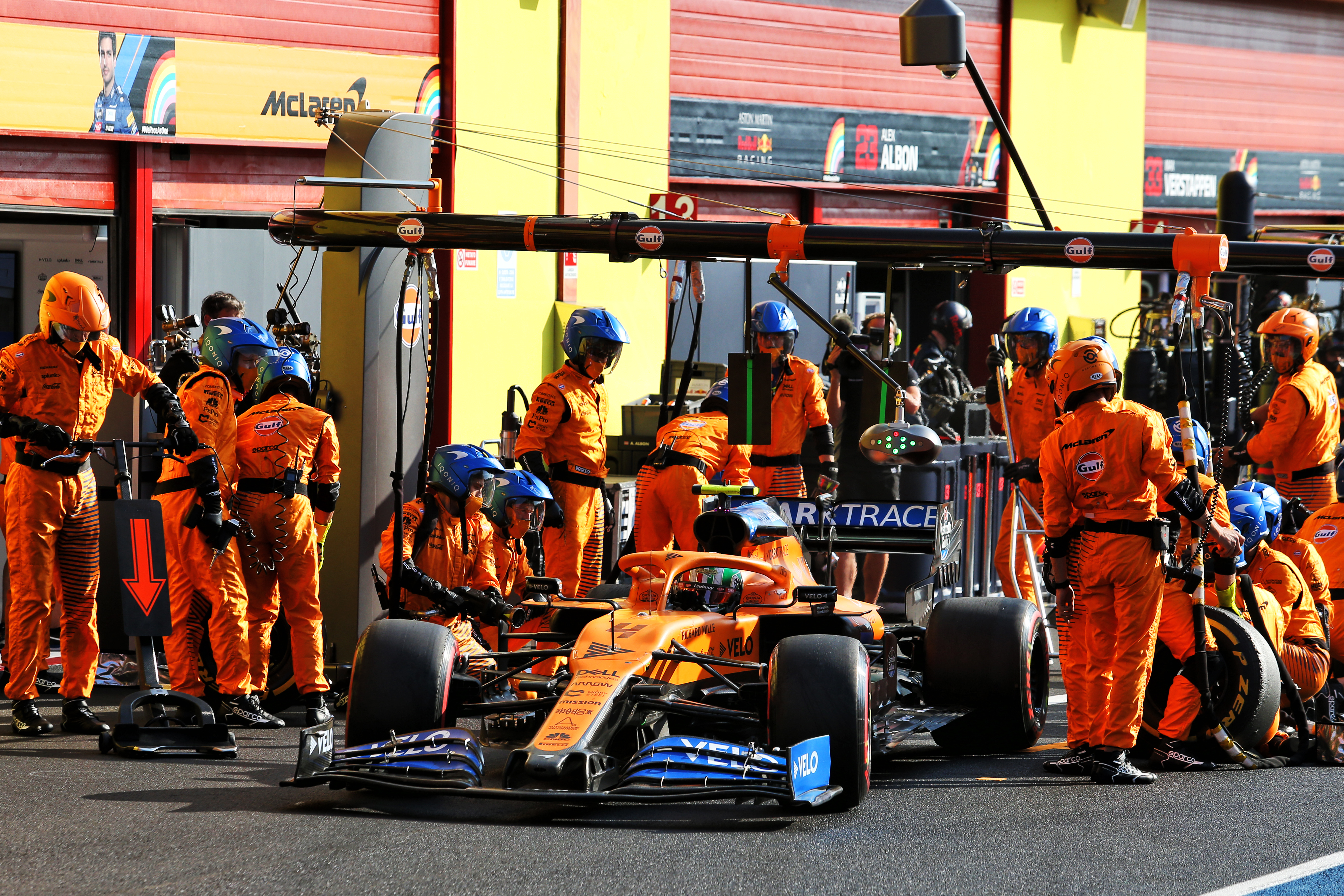 Struggling to cope with the Tuscany wind gusts, the MCL35 looked fairly anaemic for much of the weekend, a pale imitation of what was the second-fastest car at Monza.

And when Carlos Sainz Jr spun fighting Lance Stroll and was then eliminated in a restart crash, McLaren’s grasp on third in the constructors’ championship looked like it would be loosened significantly – if not lost completely.

Instead, the top three was locked out by the teams ahead of it, and its two main rivals – Racing Point and Renault – both lost a car each, preventing what could’ve been substantial points hauls.

The pace of the upgraded Racing Point will be a concern, but leaving Mugello with 14 points in hand over Racing Point and 23 points over Renault can only be seen as a good outcome for McLaren. – Valentin Khorounzhiy 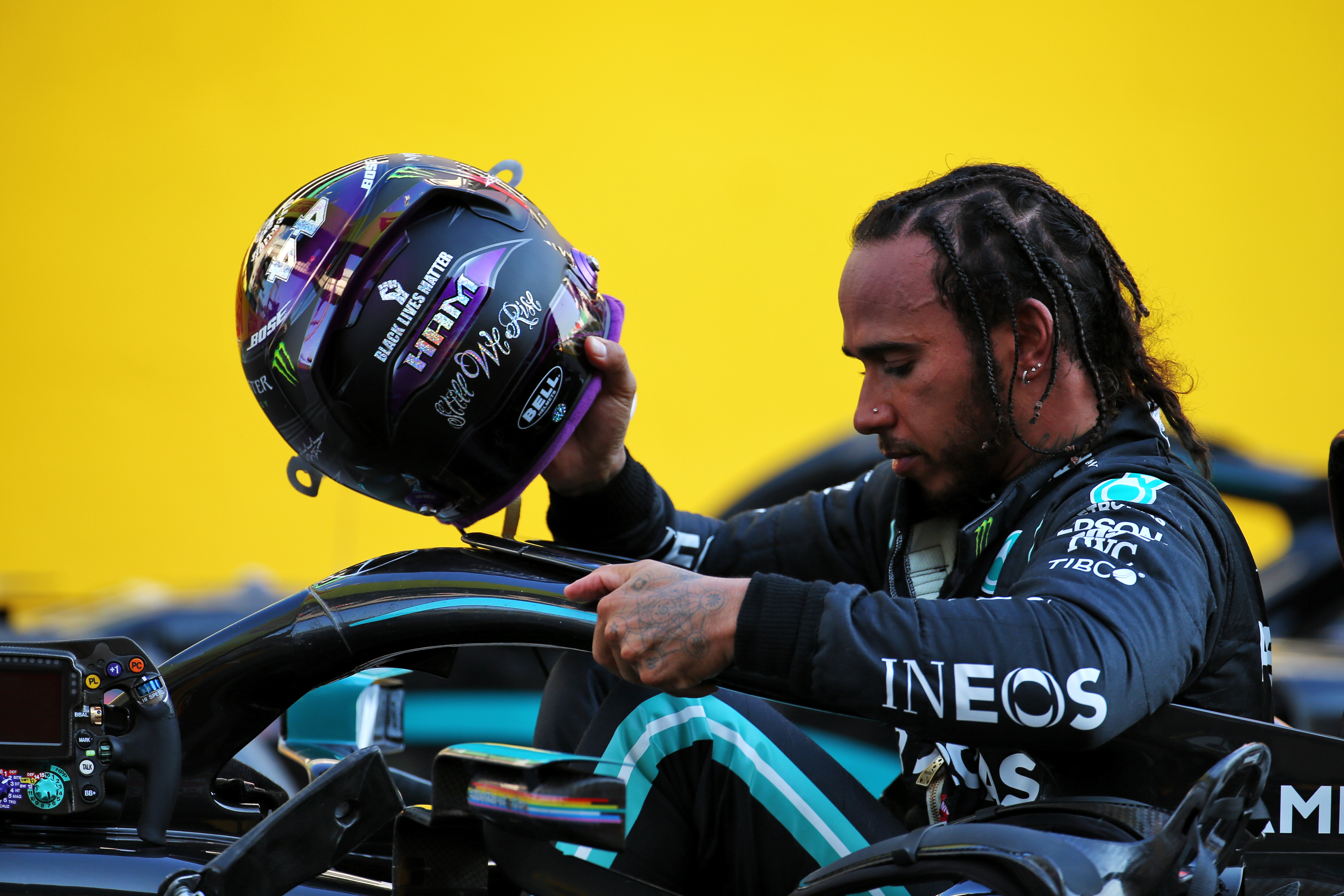 From feeling like team-mate Valtteri Bottas was “miles ahead” after Friday practice, Lewis Hamilton hit back in style with victory from pole position. But it was not as simple as starting from pole at a track expected to feature little overtaking might have seemed.

Hamilton didn’t lose his head after falling behind Bottas at the start and was afforded a vital opportunity to make amends when a full standing restart was required.

There was no mistake that time as Hamilton used the tow and then swept around the outside of Bottas. From then on, he handled all the chaos the race could throw his way.

A little bit of fun and games late on in the battle for fastest lap even brought Bottas within range of an attack, but Hamilton always had enough to respond.

It was an assured performance after an initial setback and nudges his championship lead north of 50 points for the first time this season. He’s now more than two victories clear of Bottas with only nine races left. – SM 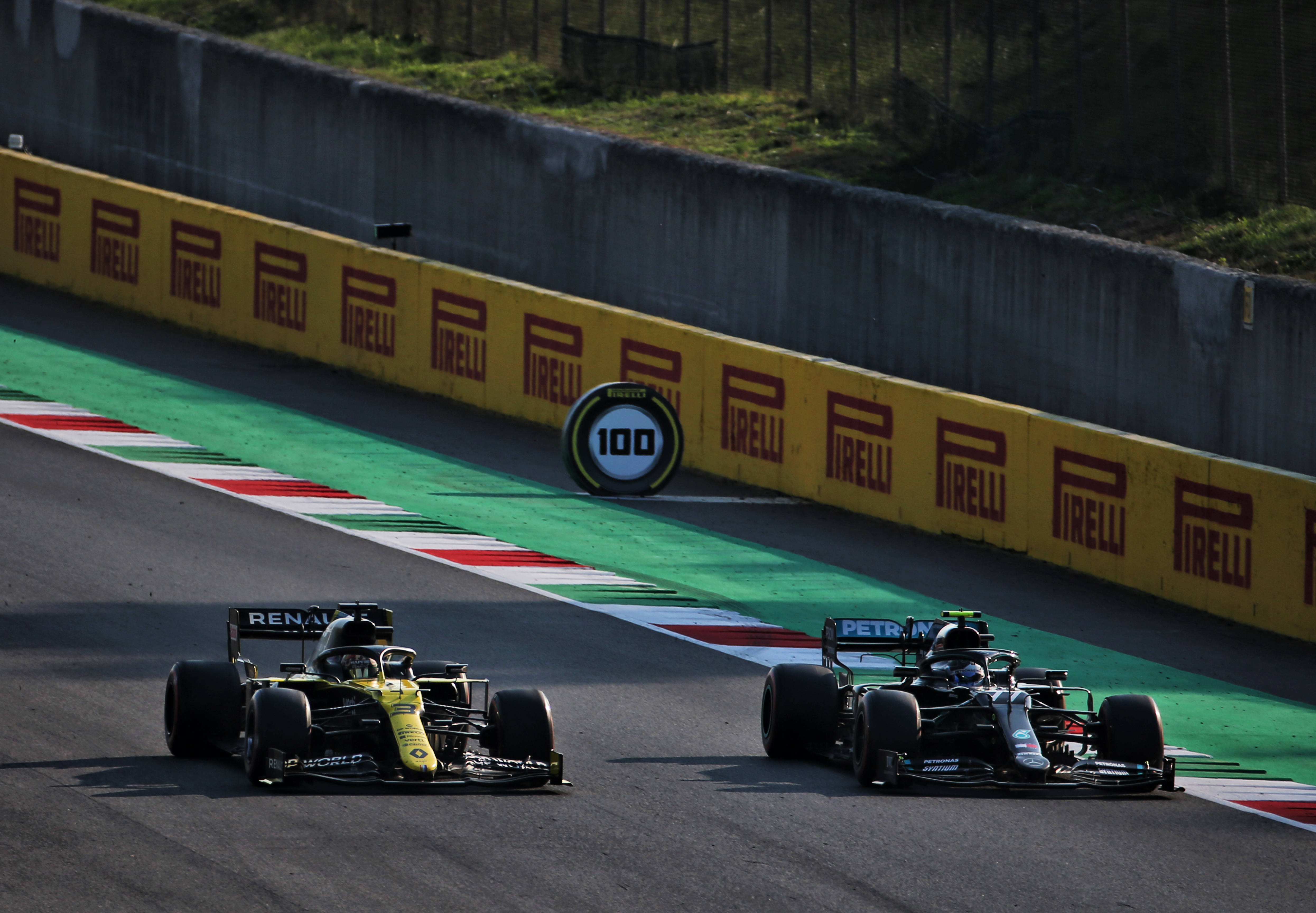 After qualifying, Ricciardo was a little disappointed to be down in eighth, having had the pace to be as high as fifth. But he drove a strong race to take fourth place, which is a positive for Renault even though he didn’t have the pace to keep Albon’s Red Bull behind.

Although that long-awaited first podium for the revived Renault team has to wait for another day, even in a chaotic race this was a good result earned rather than lucked into. – Edd Straw 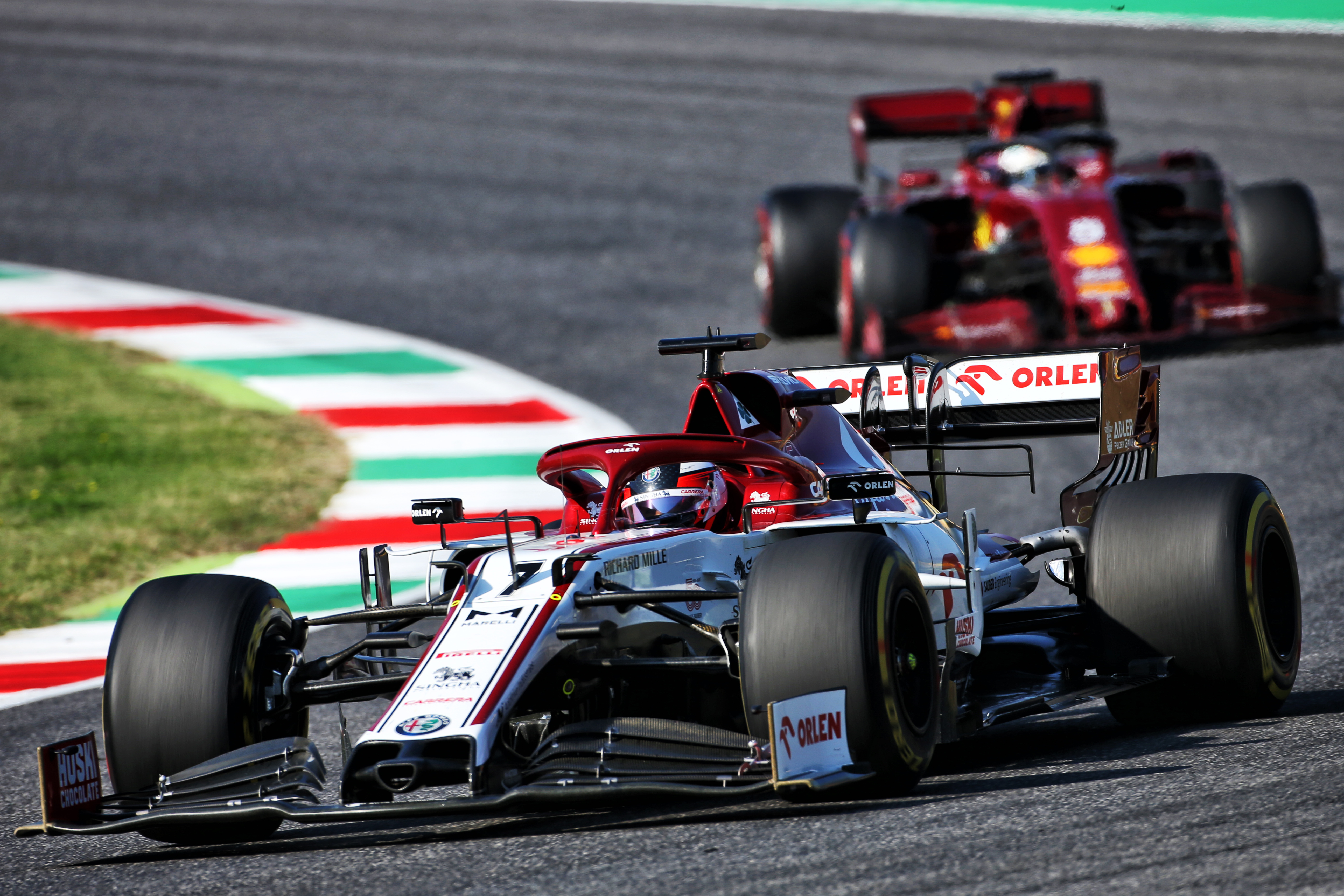 While Kimi Raikkonen was pushed from eighth on the road to ninth by the five-second penalty for an illegal pit entry when the final safety car was deployed, he still claimed his first points this season in ninth place.

Given Alfa Romeo is in a tight battle for eighth in the constructors’ championship with Haas and Williams, those two points could be crucial as it means it now has four points on the board.

That might not sound much after nine races, but with Haas and Williams both drawing blanks at Mugello, that puts it three points clear in eighth – with its sights on the slightly bigger share of prize money as a result. – ES 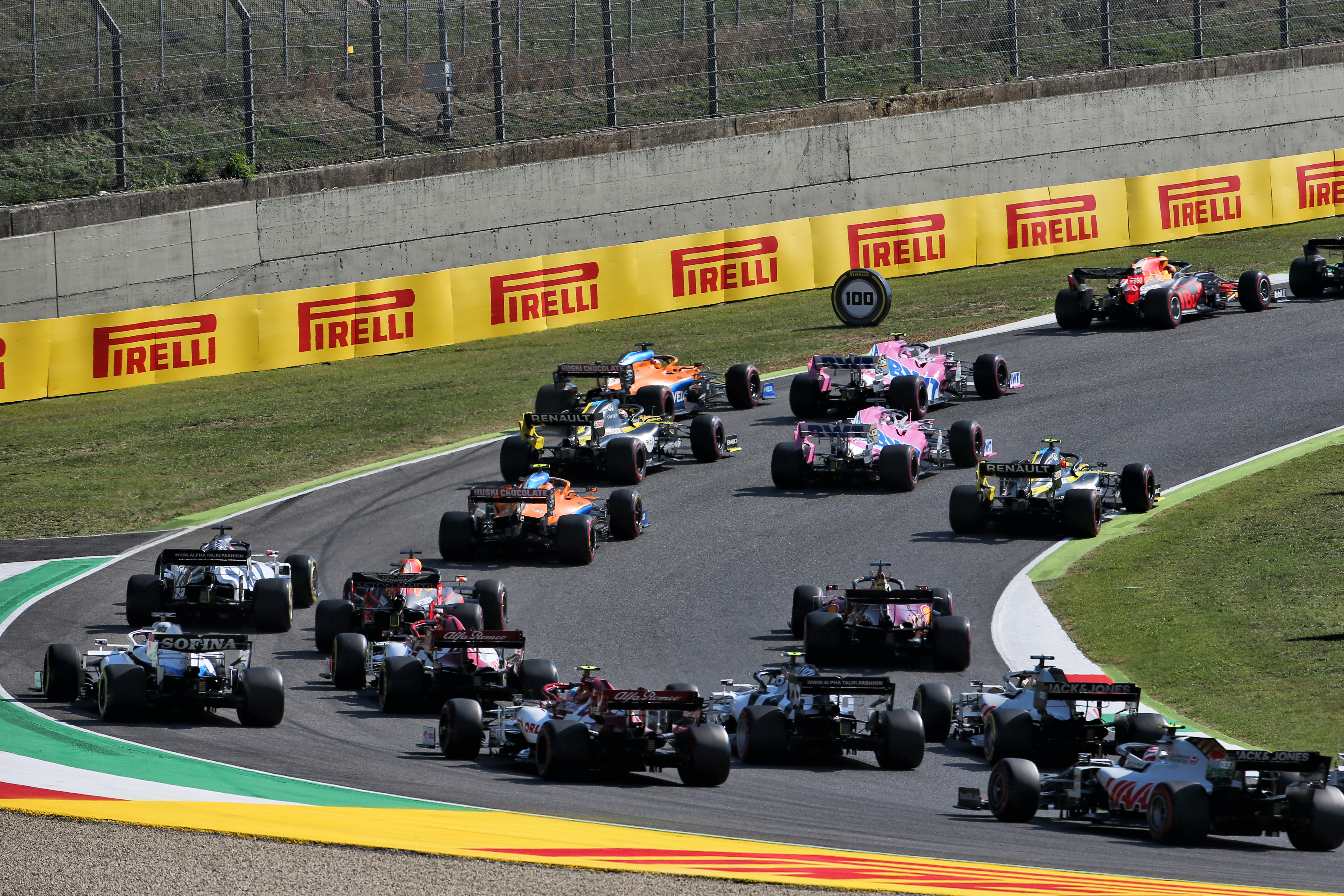 Modern F1 cars tackling Mugello on a fast lap is a proper sight to behold, but the F1 community was understandably concerned that the novelty would wear over 59 laps of action-less boredom, which seemed likely if you were to take even a single look at the track layout. 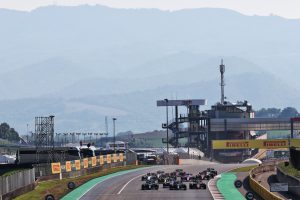 Should Mugello get another grand prix? Our verdict
Read more

But top-notch F2 and F3 action in the lead-up eased the fears somewhat, and the actual grand prix fitted in somewhere between perfectly serviceable and genuinely gripping.

The DRS seemed to work as intended, the safety car restarts clearly did not – but both of those things added to the entertainment value.

The 2020 Tuscan Grand Prix will not be as fondly remembered as its immediate predecessor at Monza, but it will not be hastily forgotten either, and that’s as much as you could’ve asked for.

And now, who knows, maybe that Zandvoort race in 2021 will somehow turn out not too bad either? – VK 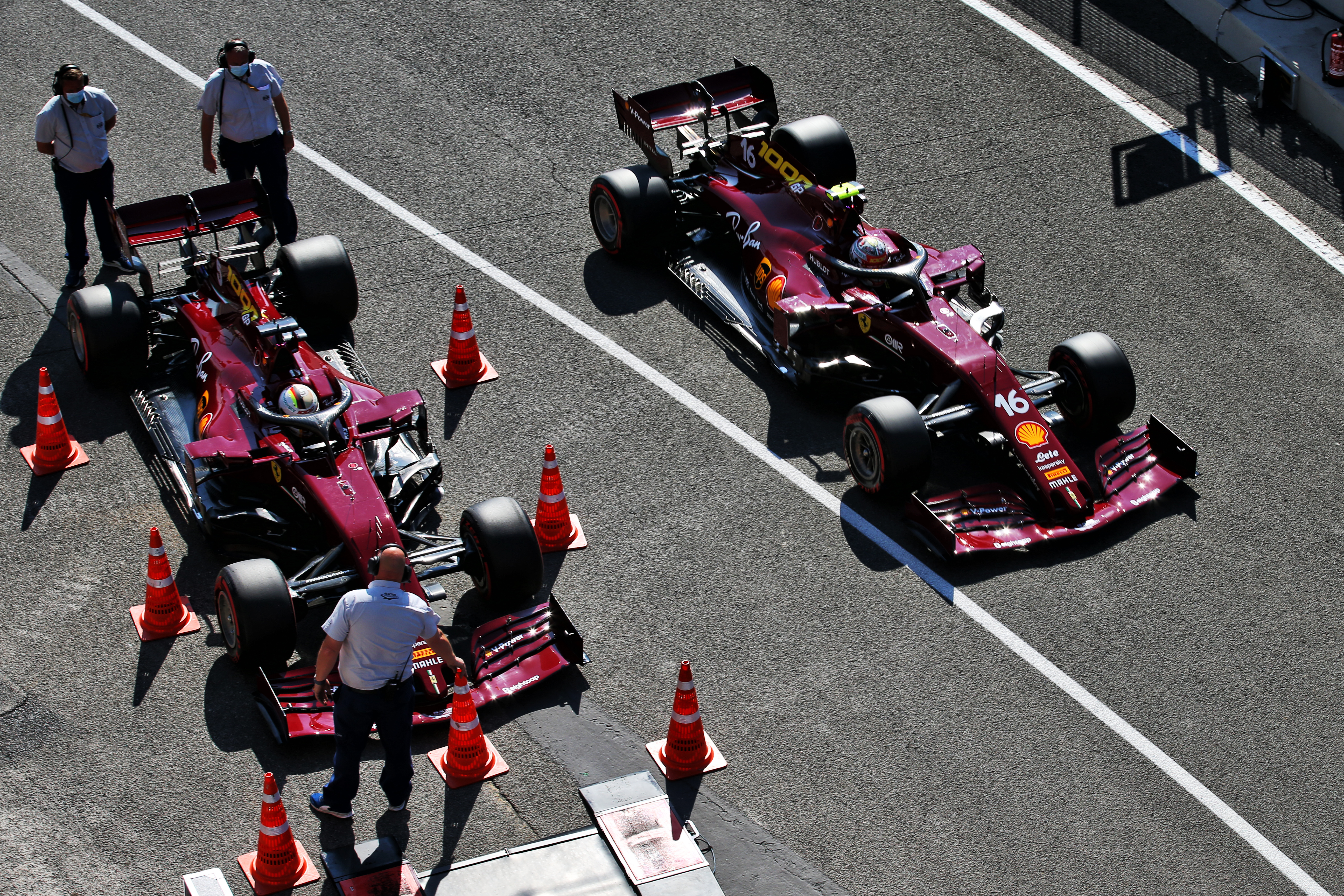 The highlight was Charles Leclerc’s running in a hugely flattering early third place. But reality soon imposed itself as faster cars prevailed and the car ate through its tyres.

The burgundy paint job was nice too. But that’s about it. Eighth and 10th at its very own circuit on such a momentous anniversary was somewhat pitiful. – Mark Hughes 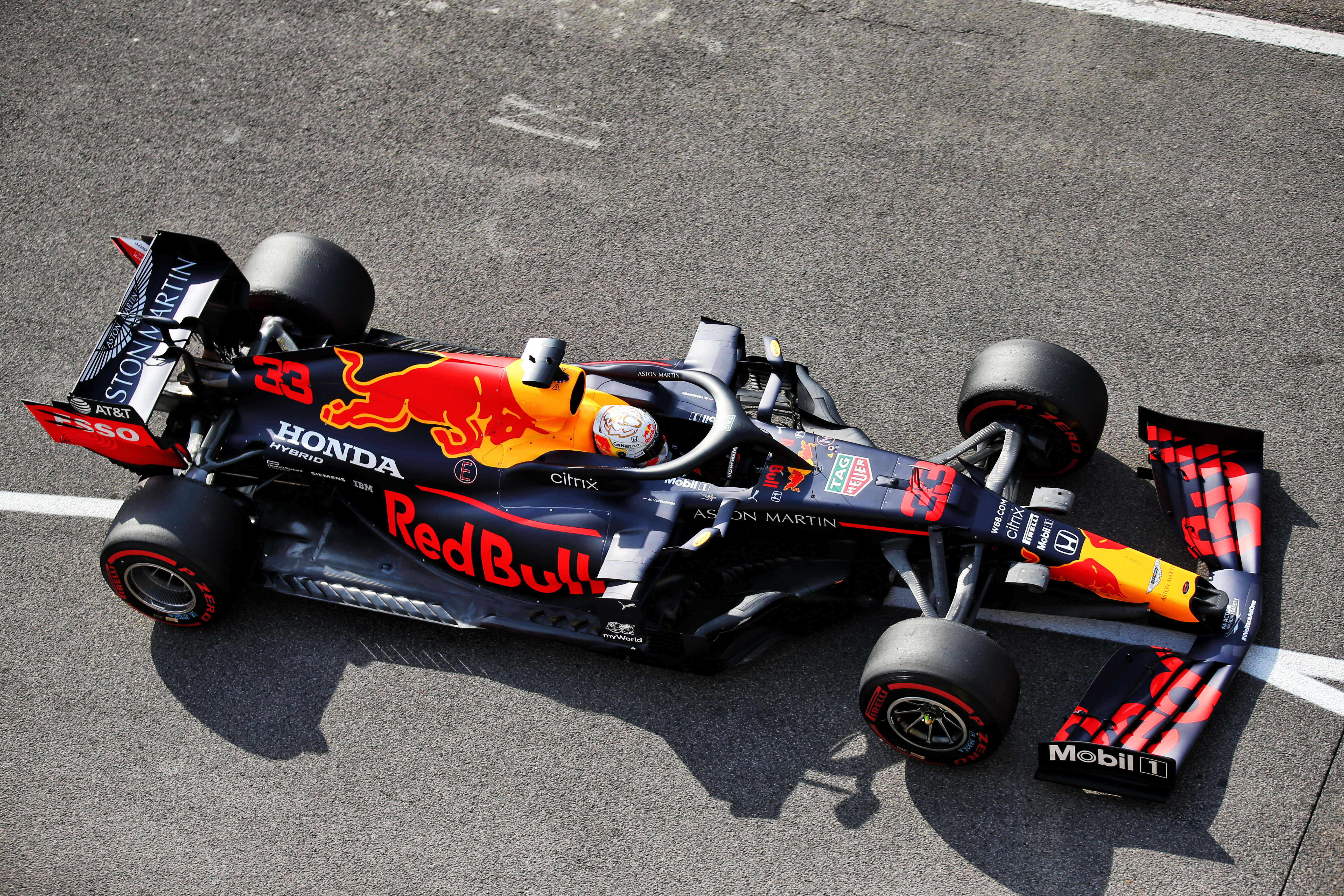 This was a bittersweet result for Honda, which can celebrate another podium but does so in the knowledge that its engine impacted Verstappen for a second grand prix in a row.

Verstappen had to retire last week in Italy because of a power unit problem and he was on his way to retirement within seconds of the start here after losing power following the initial launch.

Even without getting punted into the gravel at the second corner, he said it was game over.

It’s been a chastening season for Honda, which has made clear progress again from last year but has been outgunned by Mercedes and its surprising step forward.

Another strong result for AlphaTauri in a tight midfield shows the engine is competitive, but that Mercedes-esque blend of power/reliability is still just a tiny bit short. – SM 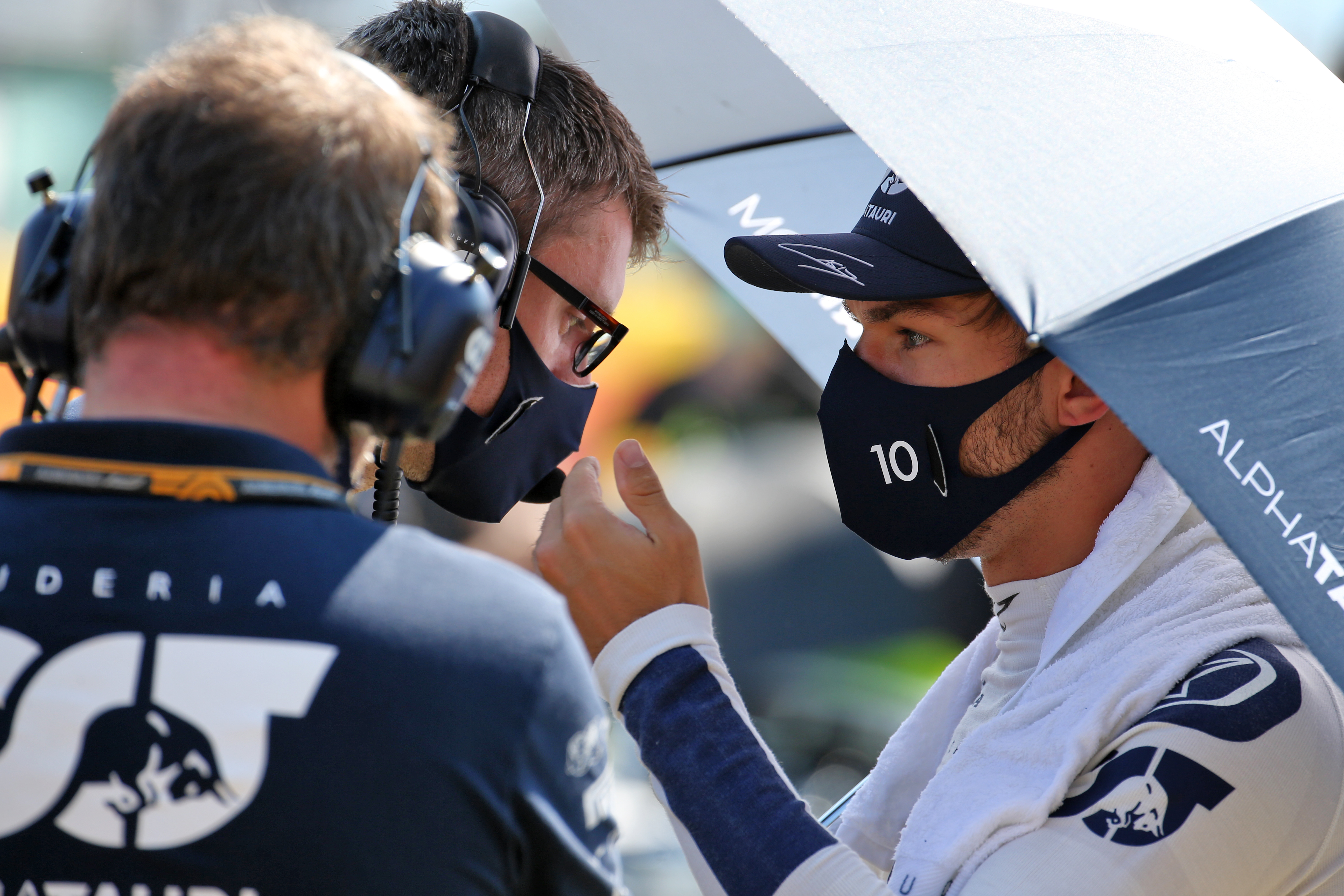 Hero to zero. A week after his stunning Monza victory, Gasly failed even to clear Q1. Some aero damage that had not been picked up from FP3 resulted in the car misbehaving terribly in qualifying, and that was the beginning of his Mugello misery, as it all snowballed from there.

Anxious to make progress on the first lap, he found himself in a gap that tightened through no fault of his own, really, but which ejected him into the gravel. – MH 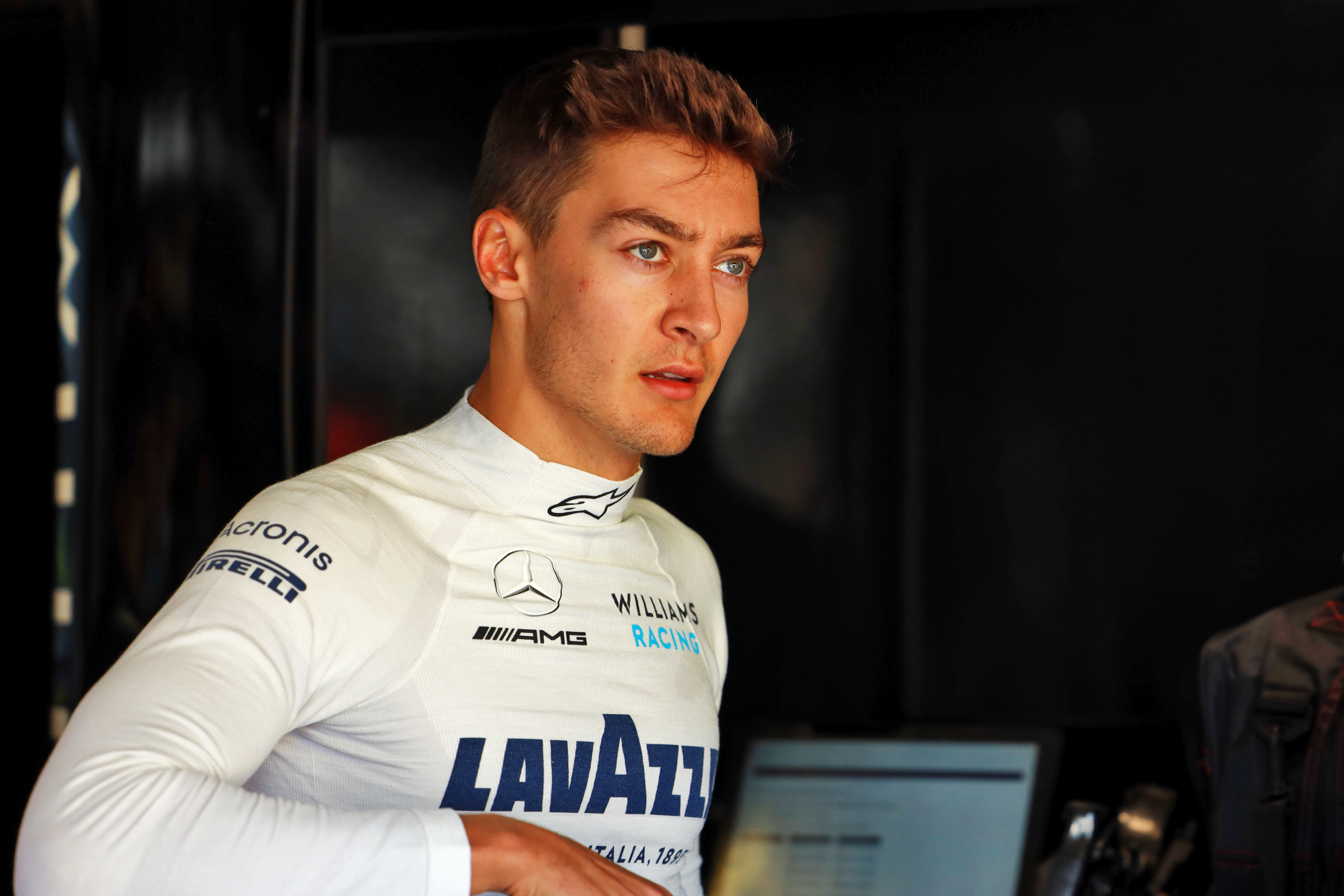 But for wheelspin at the second standing restart, George Russell would have claimed his first points finish in Formula 1 and banked the first points for the Williams team this season.

Instead, he dropped to the back and, despite repassing the damaged Haas of Romain Grosjean, couldn’t do anything to pass Vettel ahead or get within the five-second penalty Kimi Raikkonen had been hit with.

His race was very well-driven up to that second restart, but his angry noise over the radio after taking the chequered flag tells shows he realised what he’d missed out on. – ES 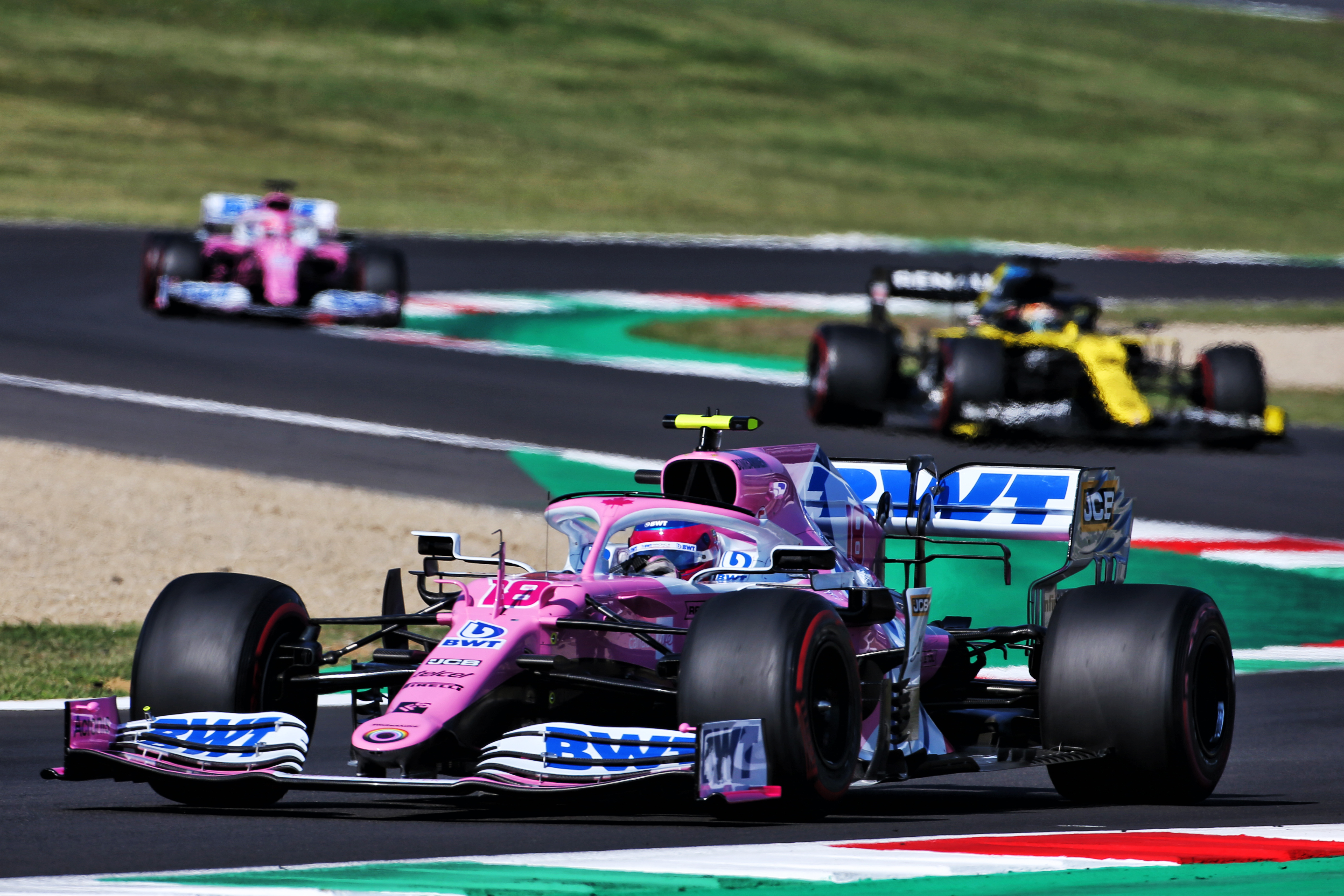 Racing Point was very much the focus of pre-weekend attention thanks to the Perez/Vettel swap, but a solitary fifth place for Sergio Perez was less than the team might have expected to come away from Mugello with.

The problem was that the faster, updated, car, driven by Lance Stroll, suffered a suspected puncture – but only after it had already been passed for third by Ricciardo.

We can assume that he would subsequently have fallen victim to Albon too. – MH 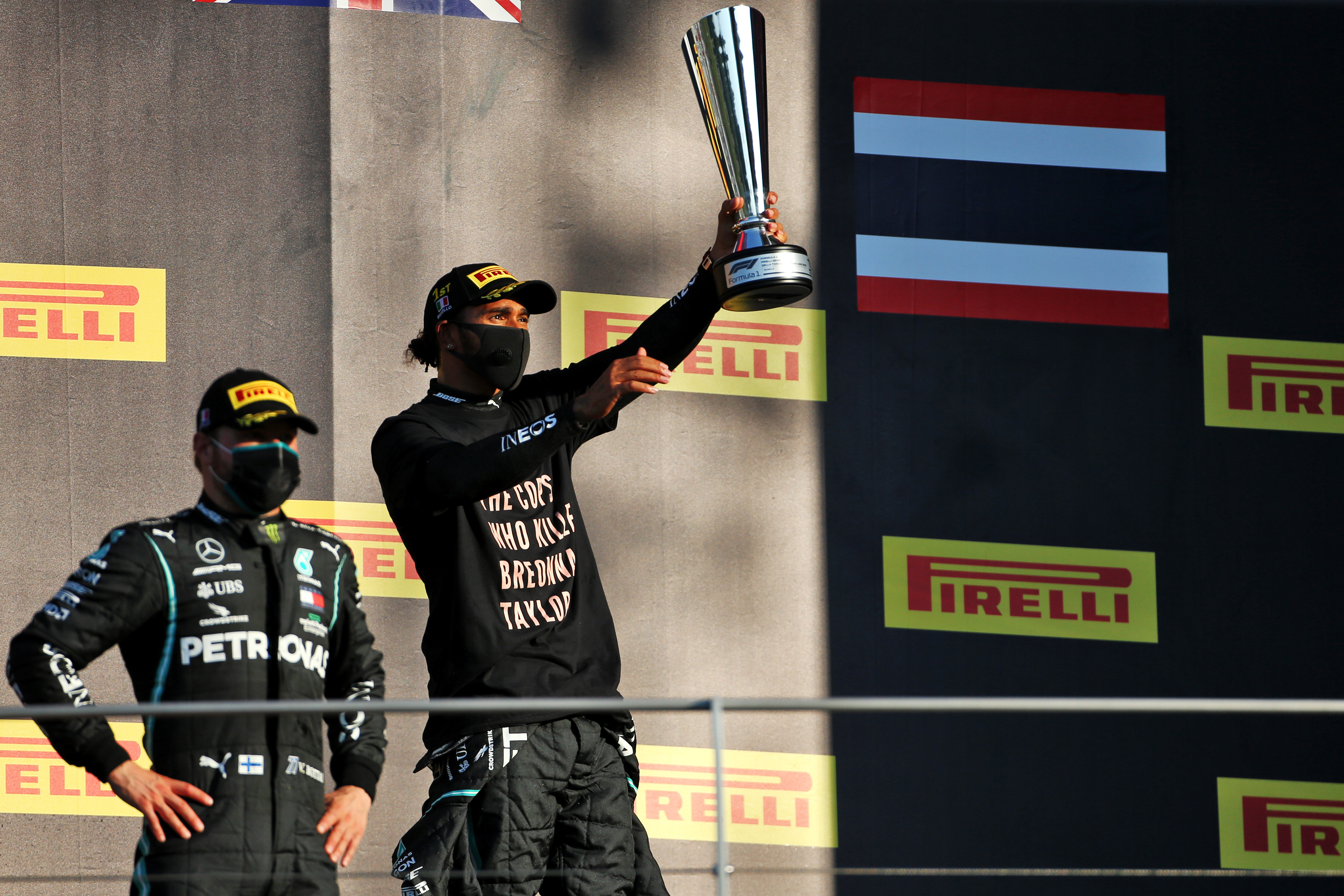 As he led the first stint, things looked great for Bottas and a first victory since the season-opening Austrian Grand Prix appeared on the cards. But Hamilton passed him at the first restart, then a poor launch at the second standing restart briefly dropped Bottas to third.

Although he repassed Ricciardo easily enough, another second place was just another disappointing defeat that does nothing for his already-slim title hopes. – ES