McLaren’s re-emergence as a Formula 1 race-winning force with Daniel Ricciardo’s victory in the Italian Grand Prix is the culmination of three years of improvement, but it was only possible because of the team’s painful rude awakening in the first half of 2018.

McLaren’s travails in the Honda years from 2015-2017 are well-documented, with the team taking a huge financial hit by parting company with its works partner and switching to customer Renault units for 2018.

This was declared the panacea that would solve all ills and unleash the potential of a team that had produced a car that reckoned was up there with the best chassis wise. And to measure that in ’18, Renault-powered Red Bull was its stated benchmark.

But McLaren was nowhere near. The first day of 2018 pre-season testing turned into a grand metaphor for the state of McLaren when Alonso shed a wheel and ended up in the final-corner gravel trap.

Meanwhile, new Honda-powered team Scuderia Toro Rosso racked up more than twice as many laps as McLaren that day. Toro Rosso completed more miles than anyone across the first four days of testing, with the technical team – then headed by a certain James Key – admitting to finding the Honda power unit far better than had been feared when the deal was first done. 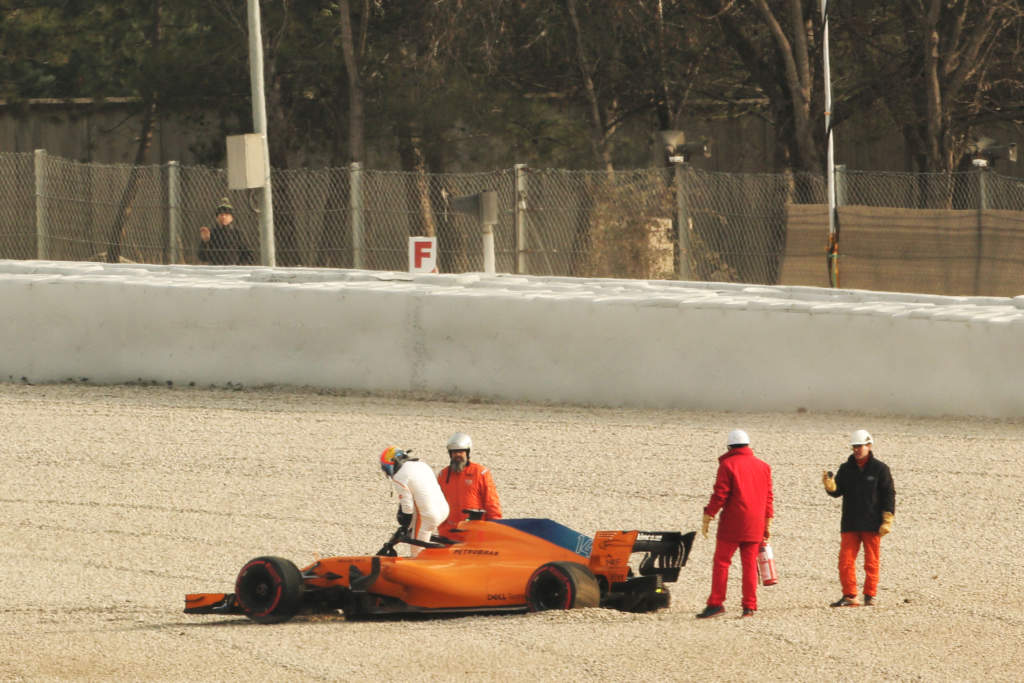 Suddenly, the public narrative turned and McLaren was no longer getting a free pass for its failures.

The writing had been on the wall for some time, yet McLaren’s pre-season struggles were shrugged off. The team’s senior management was still optimistic and there were flashes of pace that showed the car could perhaps aspire to be midfield-leading. Confidence was high in the promises of the technical team, with the much-vaunted upgrade package scheduled for the Spanish Grand Prix set to solve its ills.

Fifth place for Alonso in the season-opening Australian Grand Prix was seen by many as a new dawn. But it was a false one. 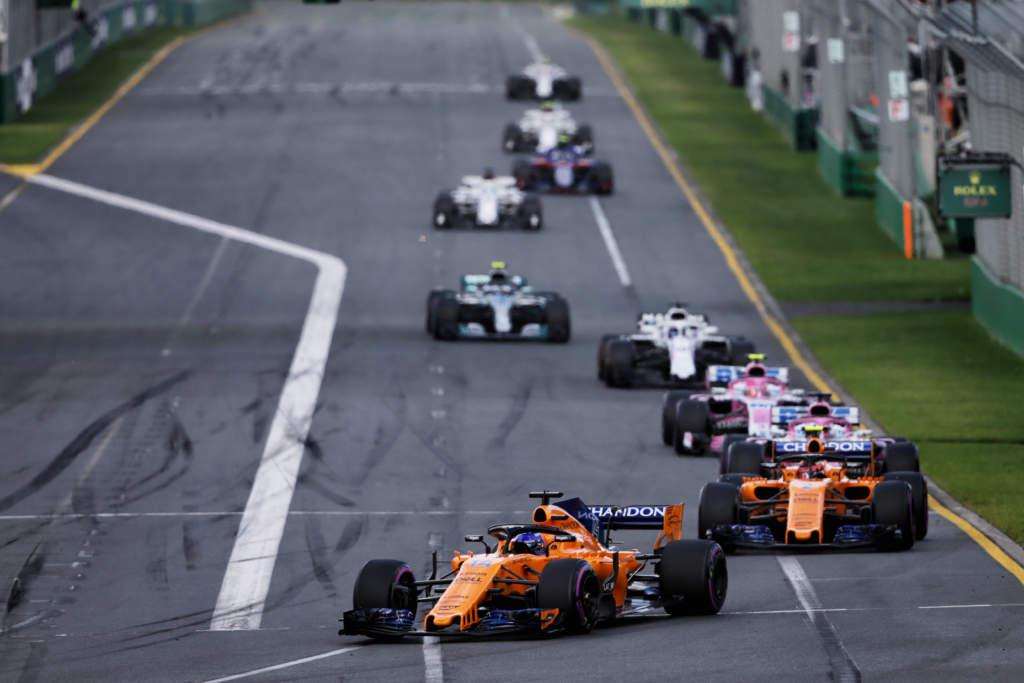 McLaren was 1.8s off Red Bull in qualifying and Alonso’s result boosted by the timing of the safety car and Haas’s famous double pitstop disaster. The penny hadn’t quite dropped, but the signs were all there that McLaren was a far bigger part of the problem than it believed it had been – something that Honda insiders had pointed to as far back as 2015 given the push for the famous ‘size zero’ packaging. Not that Alonso, who issued his famous barb over the radio at the end of that race of “now we can fight” had recognised it yet.

But soon it was realised that there were endemic problems at McLaren, the seeds of which could be traced back a long way to the spy scandal and resulting $100million fine in 2007 then the loss of Mercedes works status.

And the weaknesses were there in 2012 when it had a fast enough car to challenge for the championship but had reliability and operational problems – as well as making the ill-starred decision to produce a completely new car concept for the following season in the final year of a regulation cycle.

At a time when Red Bull and Mercedes were pouring in the cash, McLaren fell further and further behind both in terms of facilities and operating processes.

Much of the McLaren hubris was based in the success of a past that was rapidly disappearing in the rear view mirror and it soon became clear it was out of step with contemporary F1. It had become an evolutionary dead end of a team. 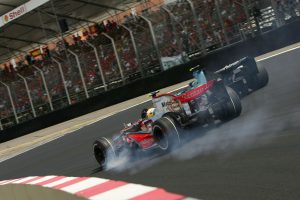 Inevitably, the changes came. The restructure came in July that year, by which point there was no doubt the 2018 McLaren was a poor car plagued by rear-end instability only Alonso was able to live with and with fundamental design characteristics making it impossible to fix. Team boss Eric Boullier resigned and CEO Zak Brown started to assemble the prototype of what is now the structure that is in place.

Andrea Stella, who to this day remains one of its low-profile technical stars, was promoted to engineering director and, later that month Key was confirmed as joining the team – albeit with his start date not until March the following year.

There was also an ongoing hunt for a team principal, with the architect of Porsche’s LMP1 success, Andreas Seidl, also signing up with a start date of May 2019. 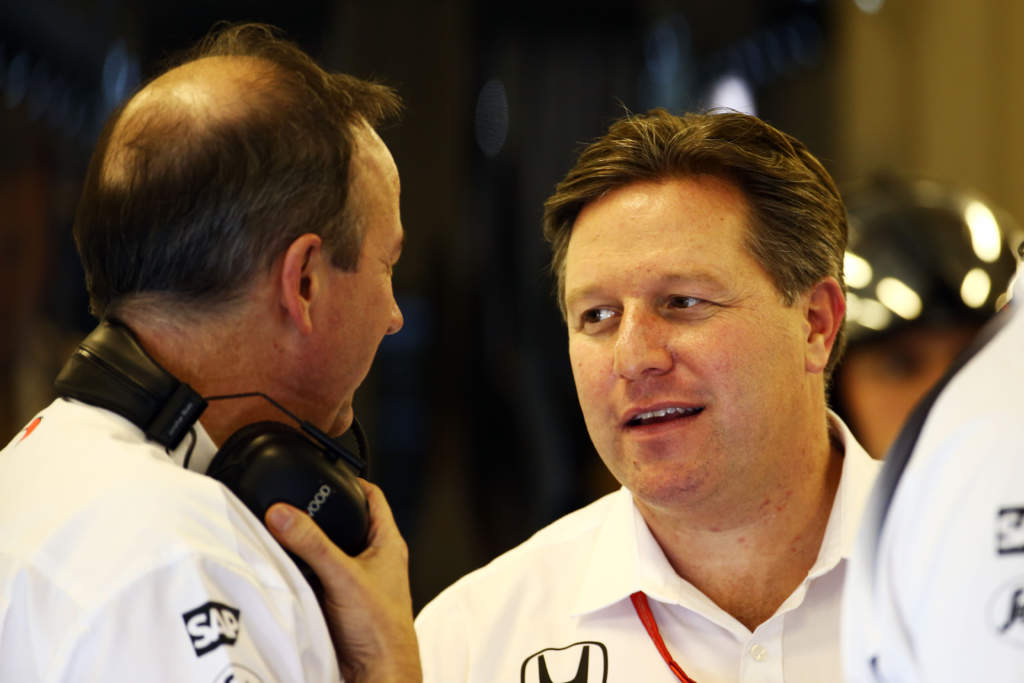 Brown deserves enormous credit for this overhaul. Having joined McLaren in late 2016 with a huge reputation for sponsor-getting, he wasn’t always entirely convincing in those early fire-fighting years.

While McLaren was struggling, his enthusiasm for the brand and heart-on-sleeve character – not to mention misplaced confidence in the technical team – made you wonder if he was out of his depth.

But his response to the rude awakening of 2018 was swift, decisive and a turning point in the history of McLaren. That proved he was indeed the man for the job. 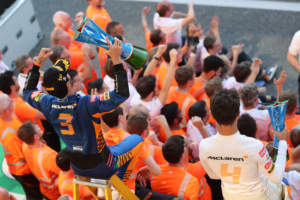 It also freed him up to focus on the role he was brought in for: to run the company and drive its commercial growth, rather than acting as a pseudo-team principal. It’s no coincidence that McLaren is now a team with a clear identity and vibrant partner portfolio.

The recruitment decisions at the top were perfect. During the difficult time McLaren insiders were frustrated by what was seen as an increasingly disconnected management and some spoke privately of a team that wasn’t enjoyable to work for anymore. But Seidl instantly convinced as a ‘man of the people’ and ensured the tide continued turning.

Not only did he have a great track record and previous F1 experience, but Seidl also had a clear understanding both of how to run a race team and a clear strategic vision, and pushed for the investment required to get McLaren back on track. 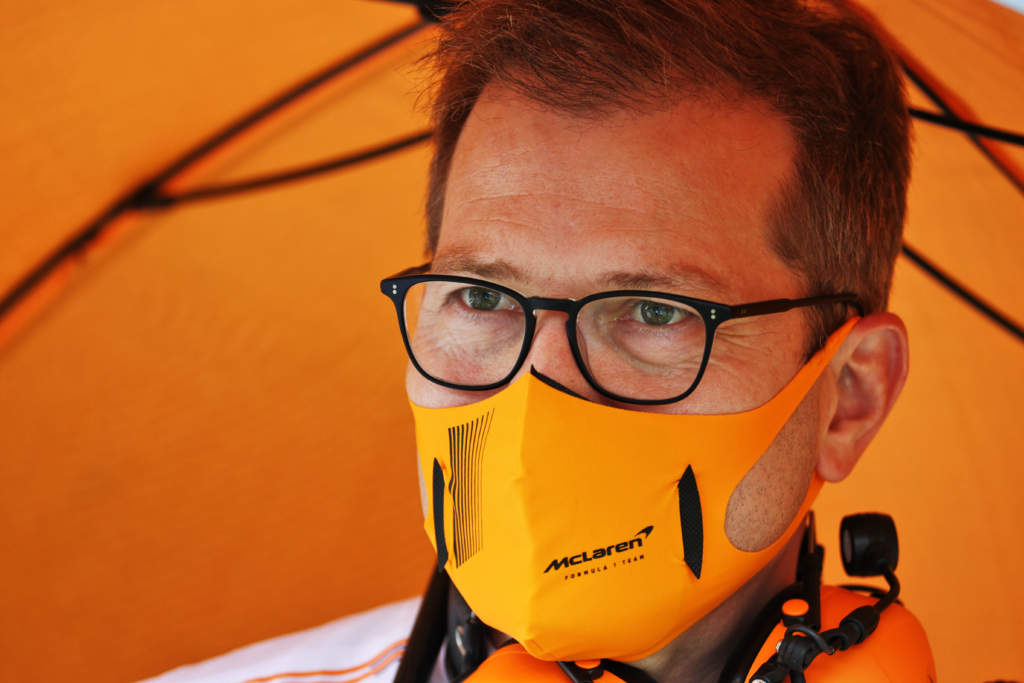 The Mercedes engine deal, the commitment to a new windtunnel, which is due to be completed in late 2022 and come online early the following year, and the various other infrastructure projects, including the investment in CFD facilities advocated by Key, were pushed by Seidl, with Brown finding a way to make them happen.

Key was also a significant part of this process. But he was also quick to point out that before his arrival the technical team had got its house in order and was on the right track.

The 2019 McLaren was a strong car and showed that the lessons of 2018 had been learned, meaning the revival had begun even before Seidl and Key walked through the door.

Key was able to focus on McLaren’s catch-up process in mastering the subtleties of aerodynamics that the likes of Mercedes, Red Bull and Ferrari had already conquered, promising various new concepts for the 2020 car. 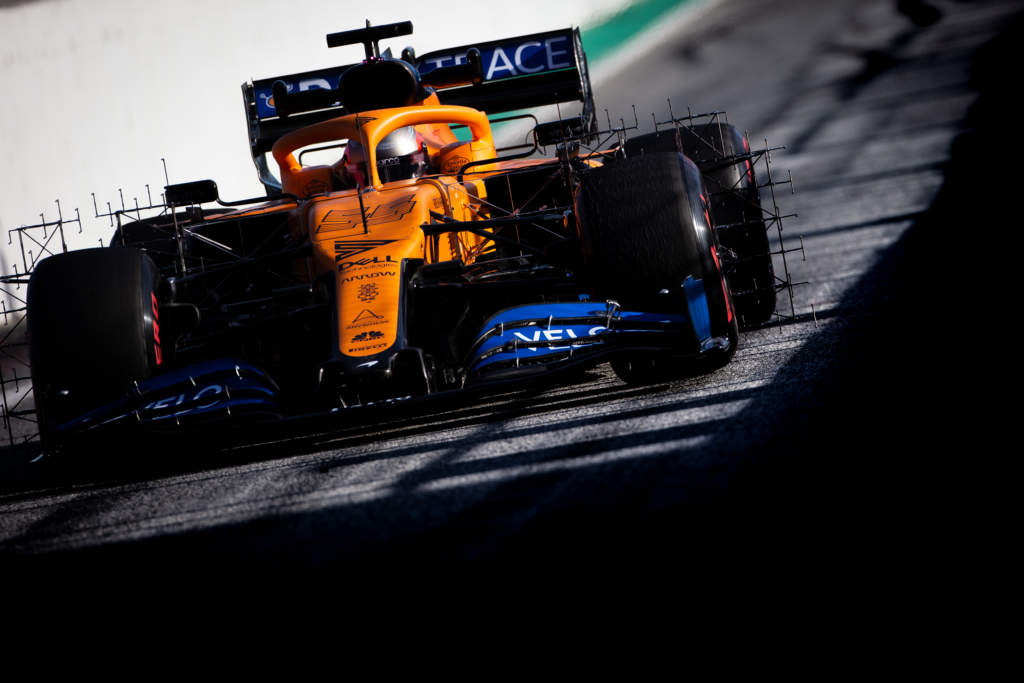 Over the past couple of seasons, the quality of McLaren’s aero detail work has improved and the gap to the front closed as a result.

The decisions made off the back of the hurt of early 2018, when McLaren’s hubris was painfully exposed, set the team on the path back to winning ways.

There is still some way to go to re-emerge as a championship-winning force, and it’s worth noting that while McLaren won the drivers’ title with Lewis Hamilton in 2008 its last constructors’ championship came way back in 1999. But the trajectory is encouraging. 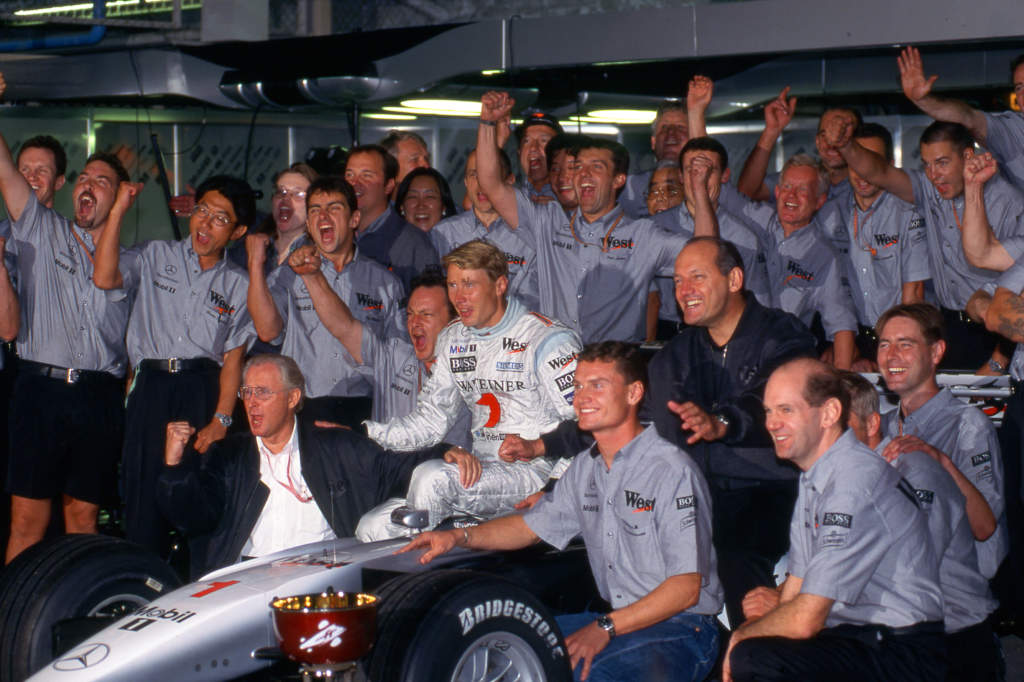 In the background, there have also been financial challenges for the wider McLaren Group that have been met, including selling a significant minority share to MSP Sports Capital for £185million.

With the F1 team now benefiting from the more equitable commercial agreements and the introduction of the cost cap, McLaren Racing also appears to be in good shape off track, especially given Seidl has been able to convince shareholders to invest in the major capital expenditure projects for the long term. 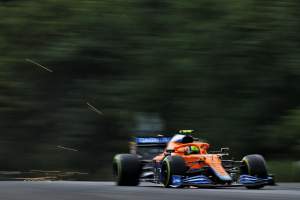 In that regard, the 1-2 at Monza told us nothing we didn’t already know, namely that McLaren is back on the right track. The real key work is going on with the 2022 car back in its Woking base, as this is a car that it is hoped could make it a regular winner and lay the foundations for fighting for championships again.

And so many of the people who were there through the bad times, but who were not the cause of its problems, are still there. That’s what made the 1-2 at Monza so special for them.

It took McLaren too long to recognise its own weaknesses, but the turnaround has been impressively fast. The fact it has gone from laughing stock to finishing 1-2 in just three-and-a-half years is proof that the team once again has the potential to be back at the top of F1 on a regular basis.