Most of the Formula 1 car changes this weekend are Monaco-specific because of its unique, slow-speed nature where downforce is at a premium and the efficiency of that downforce – ie how much drag it induces – is relatively unimportant.

More steering lock is needed as is greater front brake cooling, so it’s no surprise to see that among the full list of declared upgrades by F1 teams in the latest ‘show and tell’ at the Monaco Grand Prix.

Two minor changes to the W13 following its major upgrade in Barcelona. The front wing endplate has been tweaked further. 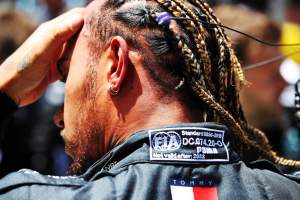 The lower outboard corner has a different radius which is said to slightly increase load on that part of the wing.

There is a bigger cooling air exit duct on the front brake cooling tin to cope with the combination of expected high ambient temperatures and low average speeds which don’t offer the brakes much chance to cool.

The steering geometry has been changed to give adequate lock for the tightest corner of the season – the former Loews hairpin. There are bodywork changes around the front wheel to increase the cooling capacity of the brakes.

Like Mercedes and Red Bull, McLaren has increased the cooling capacity of the front brakes. The steering geometry has been altered to account for the hairpin. The aero strakes on the mirror supports on the sidepod inlets have been reduced to improve visibility. 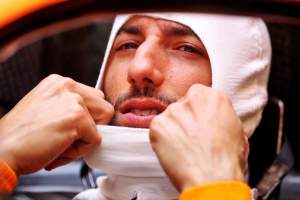 There are two alternative sets of the sidepod-mounted cooling louvres.