Daniel Ricciardo says McLaren CEO Zak Brown’s recent claim that his stint at the team has not met expectations is “pretty true” and clarified his contractual status amid speculation about his future.

Ricciardo has been outperformed by team-mate Lando Norris since joining McLaren at the start of next season and has, by his own admission, struggled at times during 2022.

Speaking after the Spanish Grand Prix, Ricciardo indicated he expected talks with the team “before the summer” about his future. Given he said last year he had a three-year McLaren deal, this raised questions about his future.

Speaking in a press conference ahead of Friday practice for the Monaco Grand Prix, Ricciardo clarified the comments he made after that race.

“It’s clear I’ve got a contract until the end of ’23,” he said. “COVID messed me up so I just get confused with the years.” 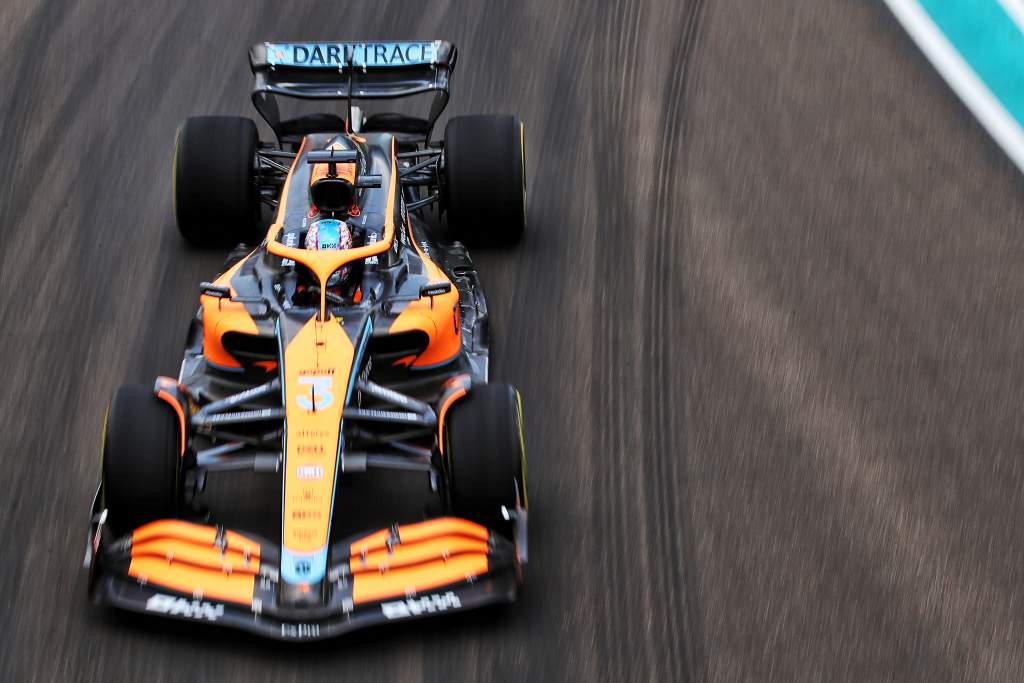 Ricciardo again confirmed he has a firm three-year contract, as opposed to a so-called 2+1 deal compromising two years and an option.

But this does nothing to allay questions about whether discussions are taking place with the team about the possibility of not continuing their relationship in ’23 later this year if his performances don’t improve. Given his contract status, unless there are specific performance clauses he is not meeting, such a course of action would require some form of settlement to be reached.

Asked by The Race later in the day if there was any doubt in his mind about McLaren’s 2023 line-up or he could just confirm Ricciardo and Norris, team principal Andreas Seidl replied: “We have a contract in place as we already stated for next year, and our focus is to simply get this to work.”

Ricciardo, an eight-time grand prix winner, accepts his performances haven’t been up to his own standards when asked about Brown’s comment in an interview with Sky Sports F1 that “short of Monza and a few races it’s generally not met his or our expectations”.

But he insists he believes he belongs at the front in F1 and can work through his current struggles.

“No-one’s going to be harder on me than myself. And I know that I don’t want to be racing around 10th to 12th places, I still believe I can be at the front and belong at the front.

“So it’s been a little bit more certainly testing at times in terms of trying to get up and maximise myself in this car.

“But we’re working together hard at it and the team want it, I want it so we’re just working through it.” 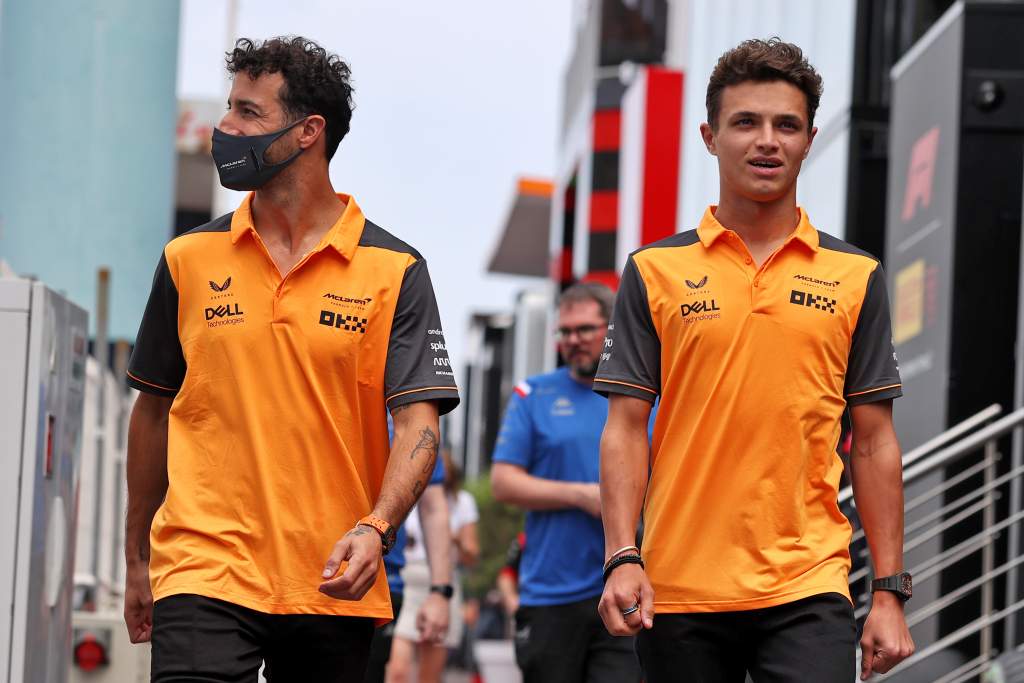 Ricciardo has previously admitted he’s struggling consistently to string together perfect laps, with hopes the rules reset this year would allow him to eliminate last year’s struggles proving wide of the mark.

He described himself as still working through the process of getting on top of the car, with Norris having outqualified him five times out of six in 2022 and outscored him 39-11.

Ricciardo also legitimately pointed to some car problems he’s had this year as not helping him, with the bout of COVID that kept him out of the Bahrain pre-season test also something that has gone against him this year.

“There’s still more that I’d like to be getting out of it, which sometimes I can see and sometimes is less clear,” said Ricciardo.

“We’ve also had a few things that have not gone our way and interrupted some of the sessions. So it’s a combination of a few things.

“But I think even putting that aside it’s still been a little bit tricky for me to always gel 100% with the car and feel like I can pull out these spectacular laps.

“There’s been some races and times where I’m doing good so, honestly, still working at it.

“I’d love to say that I’m maybe half a second quicker and awesome every race from now. I’m working to get that but still it’s a bit of a process.” 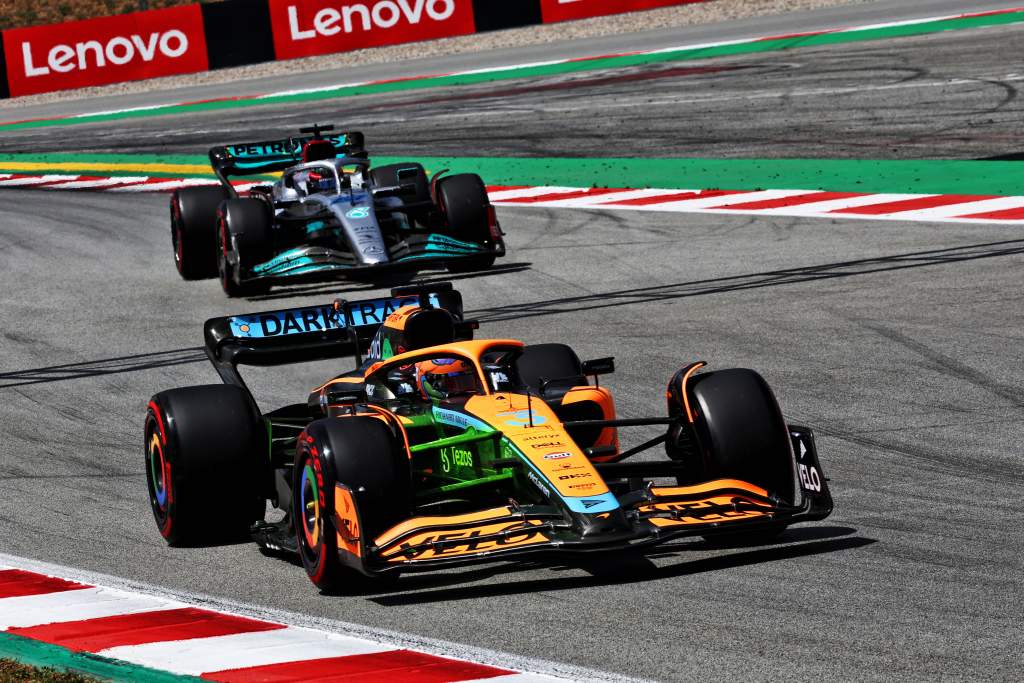 Ricciardo also confirmed that he and the team have understood why he struggled badly for pace during the Spanish Grand Prix.

He briefly ran eighth in the early stages of the race before being shuffled down the order, eventually finishing 12th and being baffled by the lack of grip.

This meant his pace was, over the race, in excess of eight tenths of a second slower than Norris on a roughly comparable strategy, albeit with Ricciardo running mediums in the second stint and Norris in the third.

When asked about what happened in Spain, he said “we understood some issues we faced over the course of the race”.

Asked to elaborate on this, he confirmed that there was a specific car problem that needed to be fixed.

“We basically found an issue on the car,” said Ricciardo. “So it’s rectified.

“Coming into this weekend, we’re all set for a fresh start.”