Red Bull Formula 1 team principal Christian Horner says the FIA could have “made a statement” by penalising both Max Verstappen and Lewis Hamilton equally for their Italian Grand Prix clash.

He also confirmed that the pitstop error that indirectly caused the Max Verstappen/Lewis Hamilton collision was “a result of the new technical directive”.

The two 2021 title rivals had their second big collision of the season on the 26th lap at Monza’s Rettifilo chicane, with Verstappen’s Red Bull hopping a kerb and mounting Hamilton’s Mercedes after an unsuccessful overtaking attempt as the latter emerged from the pits.

Red Bull chiefs described the crash as a racing incident, but the stewards ruled Verstappen to have been predominantly at fault, assessing him a three-place grid penalty for Sochi.

“It was an awkward shunt, but both drivers were instantly able to confirm they were OK,” Horner wrote in his column for the team on Friday.

“With Lewis trying to reverse and get back in the race, even the medical car didn’t see the need to deploy.

“I’m grateful the halo did its job. I think even the most vocal of doubters have now changed their mind about it. 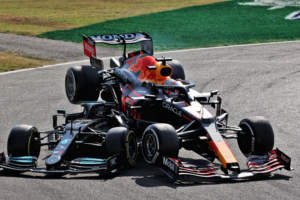 “I still share the same belief today – both played a part in it [the crash] and it is difficult to apportion blame to one side more than the other.

“If the FIA wanted to make a statement, they could’ve imposed the same penalty on both drivers but the fault was deemed to be more on Max’s side and, because he didn’t finish the race, the only option was to give him a grid penalty, which we accept.”

Hamilton was previously deemed predominantly at fault in the pair’s collision at Silverstone, but as he’d stayed in the race he was given a 10-second time penalty – which he overcame to win the event.

Horner did also indicate that at Sochi Verstappen’s grid penalty wouldn’t be “such a handicap because of the strength of the tow down to Turn 1”. 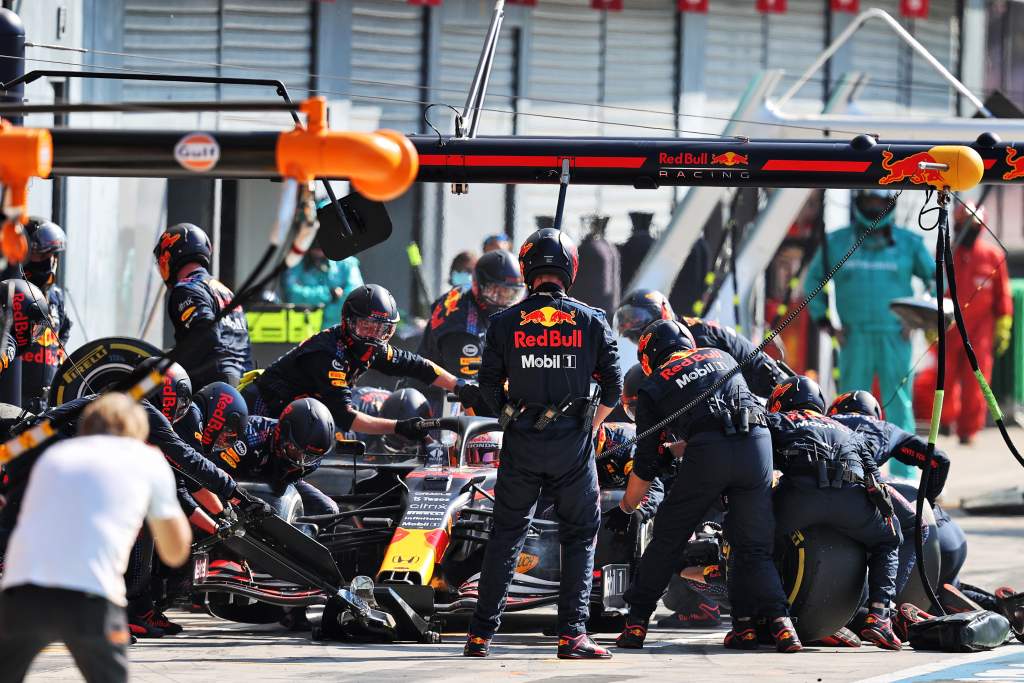 In the Italian GP, Verstappen was all set to stay ahead of Hamilton after coming in for his pitstop, but suffered a long delay with the right front tyre.

This was due to drop Vestappen behind Hamilton, but the Mercedes pitstop was also sub-optimal – although considerably less so – and put the pair on collision course when Hamilton exited the pitlane.

Horner wasn’t sure of the cause of the delay in the immediate aftermath of the race.

He has now confirmed that – as reported by The Race on Monday – it was an error around a system that has changed due to the recent technical directive around pitstop procedures.

“There was a rare human error in our pitstop, as a result of the new technical directive but nonetheless something we need to learn from,” Horner wrote.

The pitstop technical directive was introduced from the Belgian Grand Prix onwards, with the target of slowing down the pitstops.

Red Bull in particular has excelled at getting tyres changed quickly in recent years.

Under the old pitstop protocol, the smart wheelguns used by the top teams automatically relayed a signal to the crew member on the front jack the moment all four wheels were tightened. There is a button on the wheelgun the mechanic presses to arm the system to do just that. 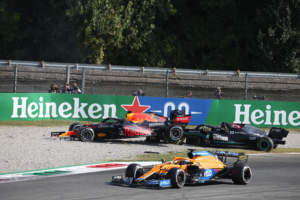 Previously they could press that button even before they’d begun tightening the wheels, all in one swift motion. But the ruling introduced at the last race insists that the button only works if pressed after the wheel has been tightened.

If you press it prematurely – just like a driver pressing the DRS button too soon – nothing happens. In which case the procedure has to be repeated.

That’s what happened on the right-front at Verstappen’s stop. Which is why the stop took over 11s rather than under three.

Verstappen leads Hamilton by five points with eight scheduled races left in the season, while Mercedes is 18 points ahead of Red Bull in the teams’ standings.