Ferrari junior driver Mick Schumacher has joined the Haas Formula 1 team alongside Nikita Mazepin for 2021, and naturally both drivers have raised a number of questions surrounding their respective appointments.

Focusing on Schumacher, his junior career has been above average with the European Formula 3 title bagged back in 2018 and he’s leading Formula 2 points standings entering this weekend’s finale.

But still, questions remain over whether he is good enough – purely on talent – to make it among the very elite of motorsport. Somewhere his father Michael sits at the top of the perch.

Our writers debate Mick’s attributes, shortcomings, his season(s) building towards an F1 deal and how he is equipped to deal with the pressure-filled path that lies ahead.

F1 and the fans want a Schumacher again 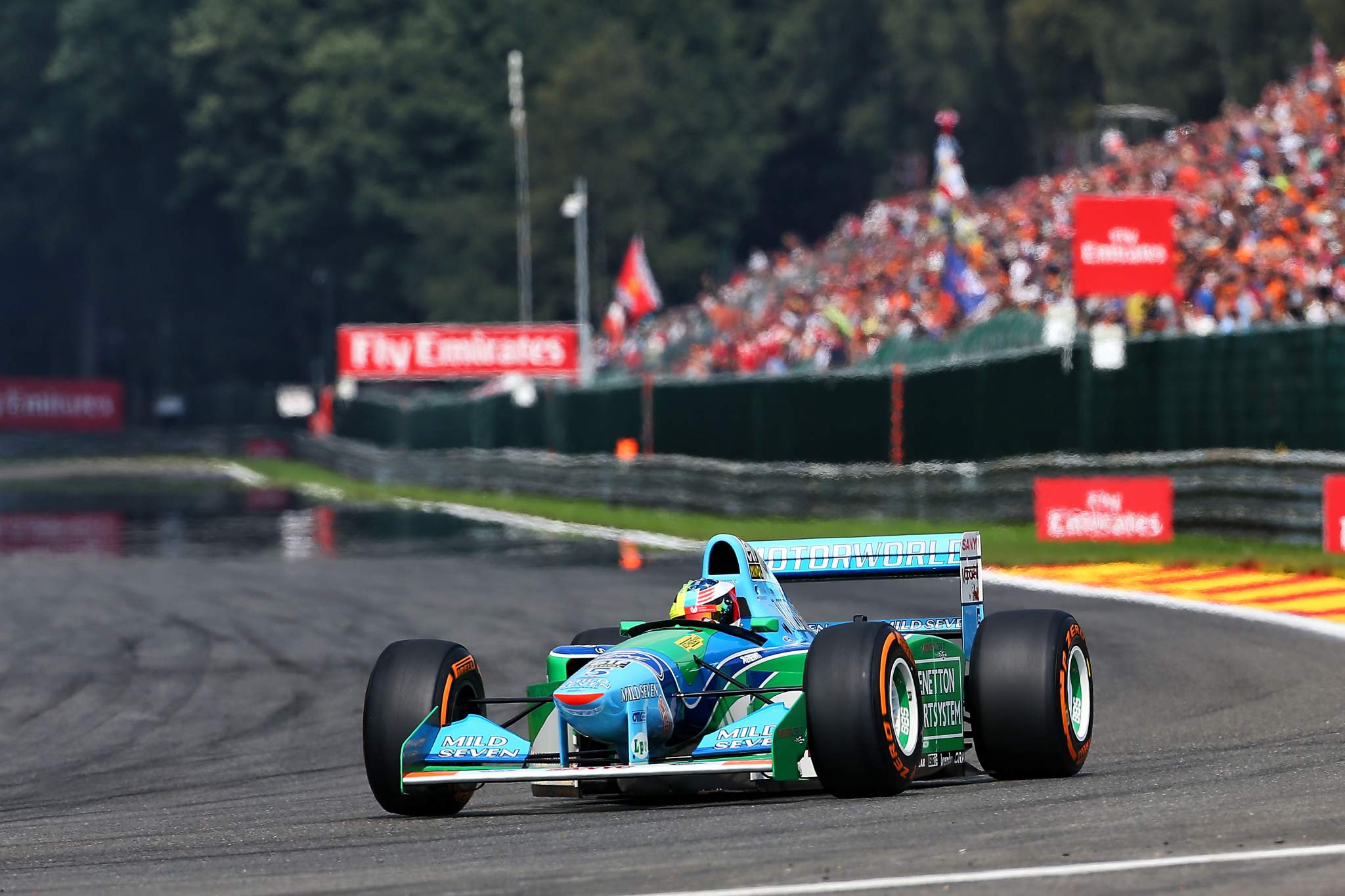 This is an interesting recruitment and one that F1 itself is very much behind, such is the currency of the Schumacher name in generating attention.

He’s fully deserving of the opportunity, his F2 season has been a thing of building impressiveness even if there must remain some questions.

He’s a supremely nice guy and it is going to be very easy for fans to get behind him if he begins to show genuine F1 potential.

The Haas drive isn’t going to carry any great pressure with it, so he can concentrate on building up the data banks.

Schumacher had to be the first junior picked 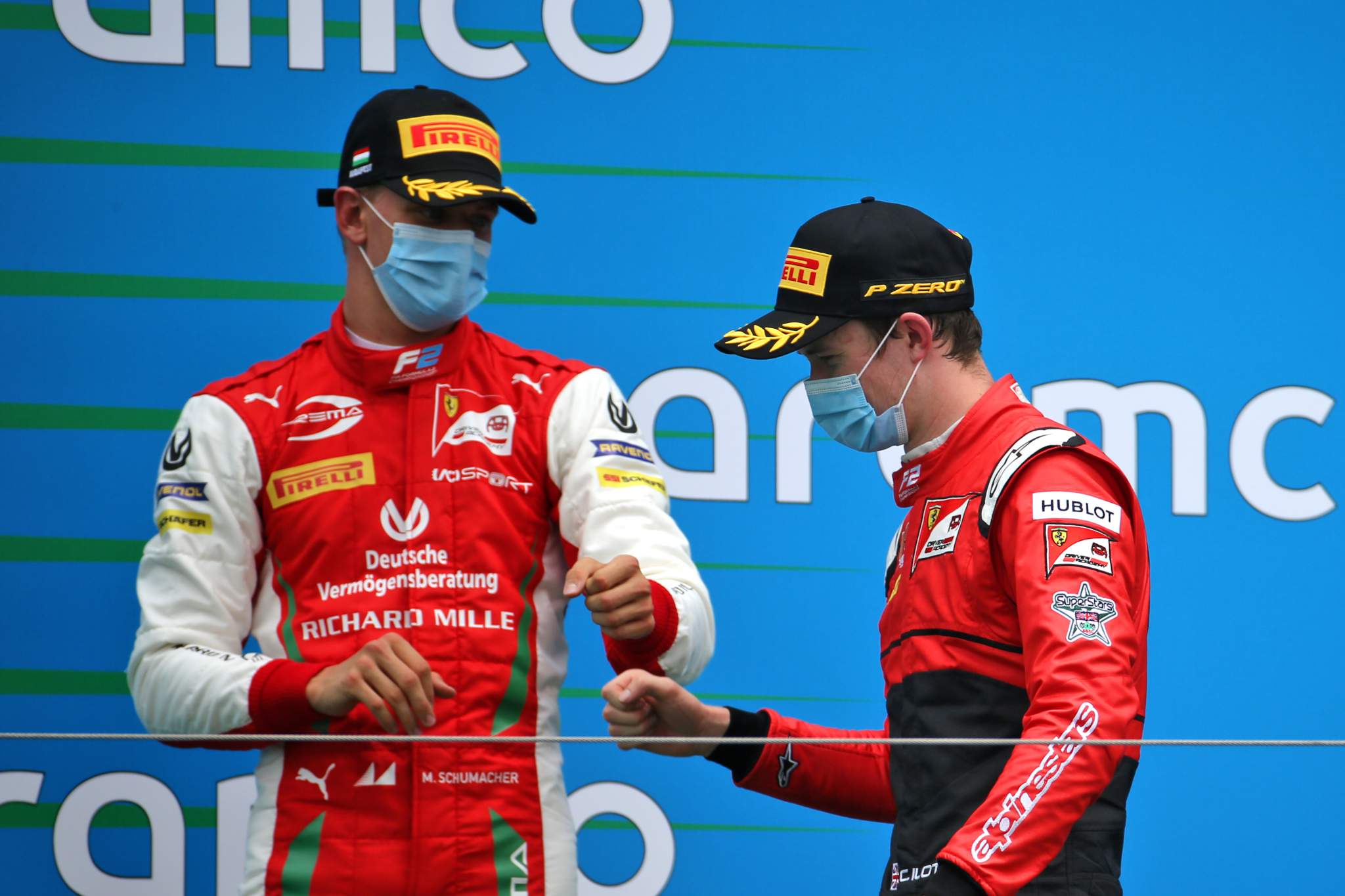 Ferrari is overwhelmed with talented junior drivers at the moment, but in many ways it makes sense to go with Mick Schumacher first for an F1 seat regardless of what happens in this weekend’s Formula 2 title showdown.

Ignoring the name for a moment, he’s got a CV that’s more than strong enough to warrant a shot at F1, so let’s get him in and find out how good he is.

If any of the other drivers on Ferrari’s books were called up before Schumacher, his shadow would unwittingly be hanging over them for as long as he was on the sidelines waiting for his chance. That would add another unnecessary layer of pressure to anyone from this Ferrari crop who graduated ahead of him and could shorten their career.

If Schumacher proves next year that he’s up to the job, then it’s Antonio Giovinazzi’s Ferrari-controlled seat at Alfa Romeo that should be the one coming under scrutiny to create another space on the grid. 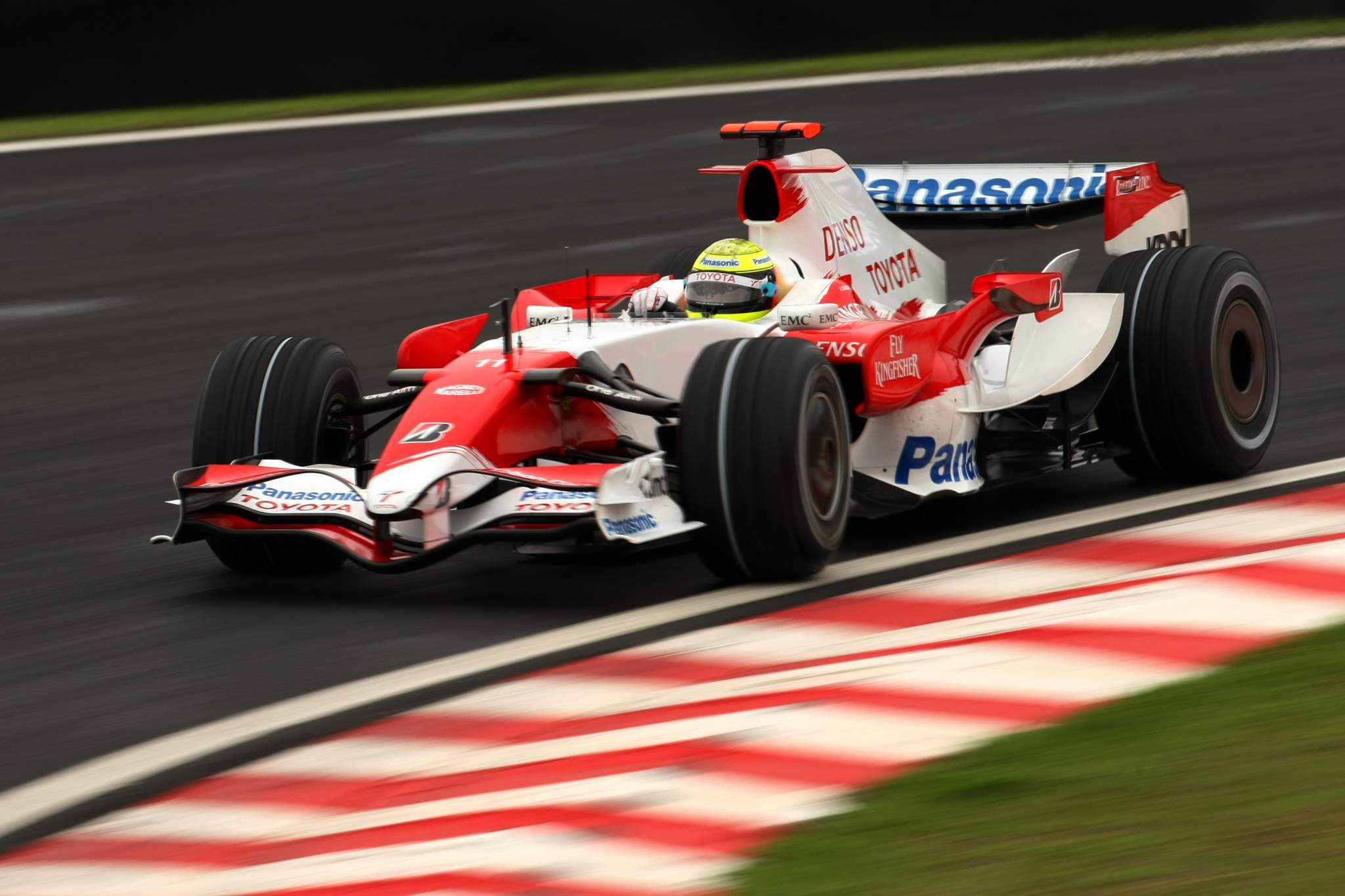 Having been involved in Michael Schumacher’s first run in an F1 car, I’m pretty excited to see how Mick Schumacher progresses when he takes the step up.

His two years in Formula 2 have been mixed. In the early days, he seemed to take a long time to get to grips with the tyres and at the start of this year there were too many mistakes. But since mid-season he has got on top of things and is now a potential podium finisher at every outing and close to taking the title.

The pressure on him has been and will be immense. Yes, he’s Michael’s son but that says nothing – Ralf (pictured above) was Michael’s brother but he wasn’t Michael. Everyone has their own built-in talent level and Mick will have to find his own way. Just being called Schumacher doesn’t give him any right to success, he will have to earn that in his own right.

Starting with a team that has been struggling for a couple of seasons is never a good place for a first season. But hopefully they can all build together and, as anyone will tell you, you learn a lot more from a bad situation than you learn from a perfect one. For the Haas team and him, the only way is up.

So what if he’s not as good as Michael? 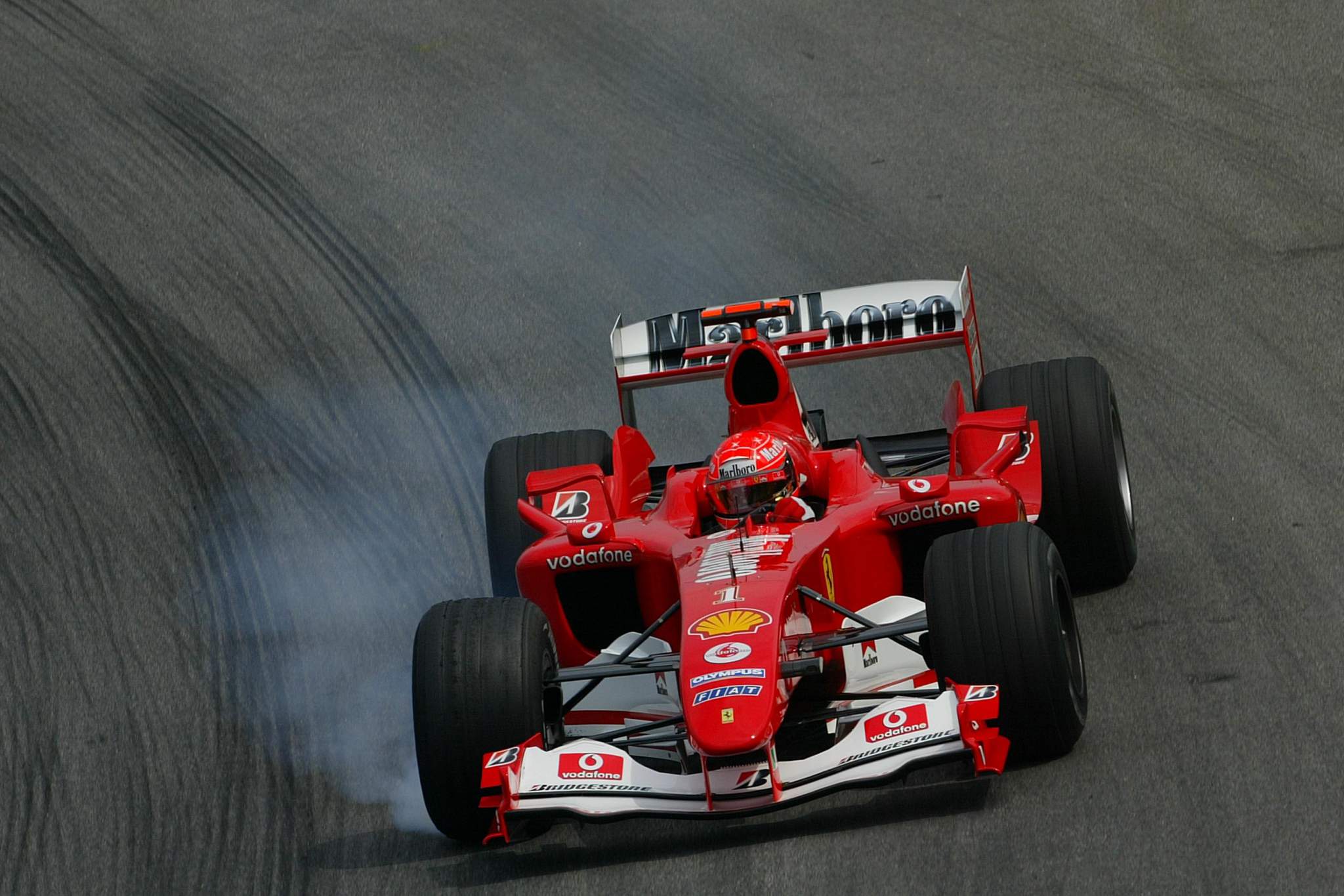 Mick Schumacher will always carry with him extra pressure simply because of his surname and who his father is. That’s understandable, because it’s only human nature to make such connections. But he must be judged on his own merits as a driver.

That’s easier said than done. After all, his uncle, Ralf Schumacher, often seemed to draw criticism simply for the ‘crime’ of not being quite as good as his brother. Given he was a driver who won six grands prix during his 11 seasons in F1 and, in 2001, briefly looked like a serious threat for the world championship it’s unfortunate that he’s overlooked when the pre-eminent performers of early-21st century F1 are considered. 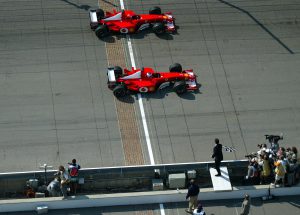 There’s a double reason for a dose of realism to surround Schumacher in 2021 because he’s also making his F1 debut in what’s likely to be the least competitive package in the field. While aerodynamic development is free, much of the current Haas VF-20 will be carried over and the Ferrari engine is not going to become market-leading all of a sudden despite an anticipated improvement.

Schumacher has a good junior CV and has made impressive progress in Formula 2 this season in particular. The early-season version was still unconvincing, but he’s become more consistent as the races have past by and is favourite to clinch the title this weekend for a reason.

Just look at his calm head as he charged from 10th on the grid to minimise the losses to polesitting title rival Callum Ilott early in the F2 feature race in Bahrain last weekend That was the classy drive of a driver who is now undeniably ready for F1.

And so what if he’s not as good as Michael? If that was the bar for an aspiring driver to step up into F1, the grid would be tiny and Mick can be that, but still have a successful grand prix career. And that’s what we must look at when evaluating his performance. 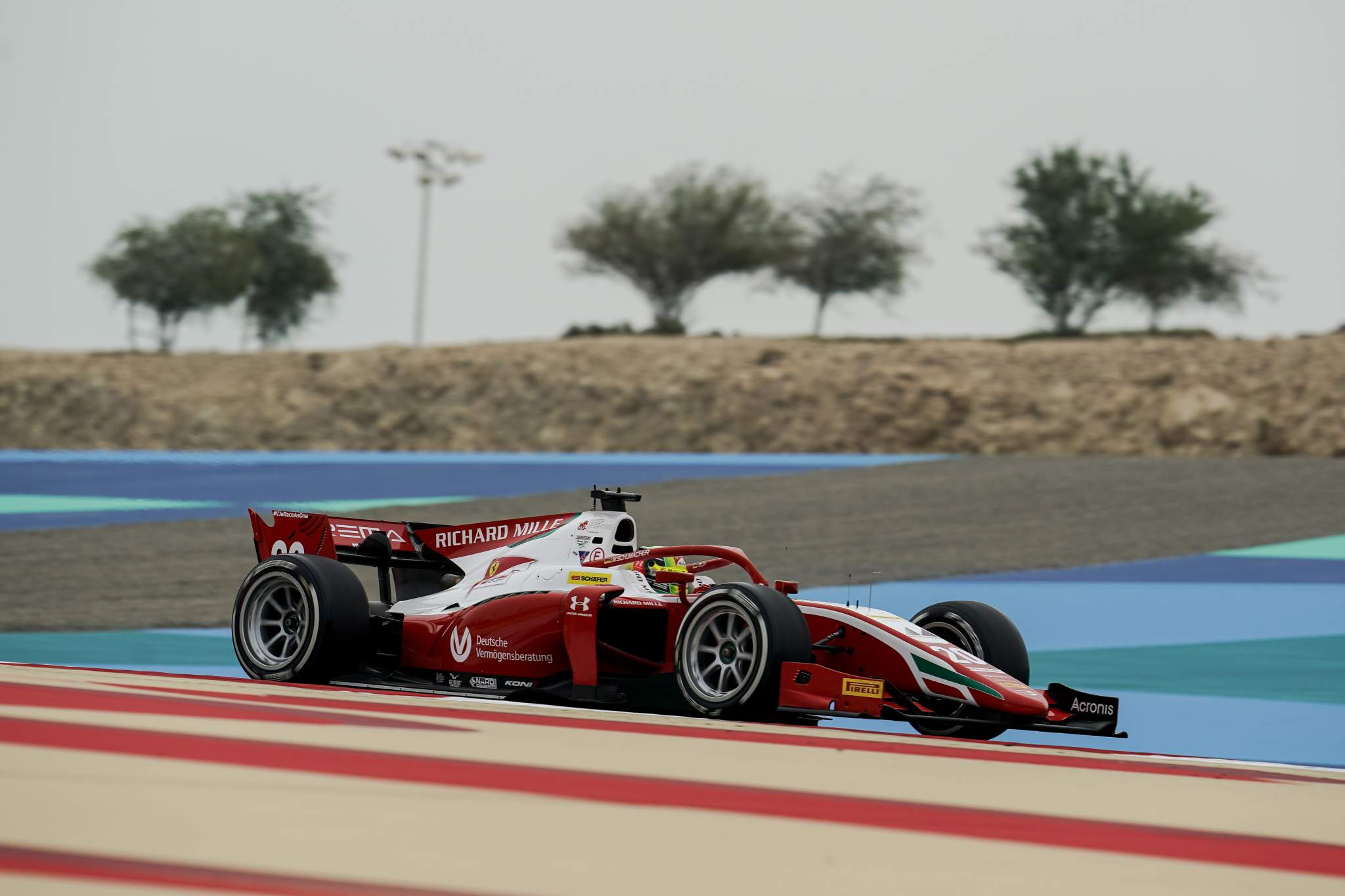 His name has helped earn opportunities. What matters most is what he does with them.

I’ll always remember how impressed I was to see him finish second in the 2014 European and World KF Junior karting championships in his first year after Michael’s injury. To achieve that with the family stuff in the background took incredible mental resolve, so I’ve always felt he has the chops to handle a career in motorsport – but I had doubts whether he would truly deserve a place in F1 or ever be ready for it. I’m now convinced.

Yes, in cars he’s been a second-season warrior in the championships he’s done. But he’s won in Formula 4, been champion in European Formula 3, and he’s on the brink of sealing the Formula 2 title.

There is no disputing he’s developed into a strong, all-round racing driver. Maybe he lacks the outright pace of some of the stunning F2 graduates of recent years, like Charles Leclerc or George Russell. But he has blossomed into a proper driver, one who can read a race intelligently, and be aggressive when he has to be.

F2 exists to feed drivers into F1. One who can fight for the F2 title, let alone win it, deserves a chance. Mick is as deserving as any who came before him.

Performing immediately will be important 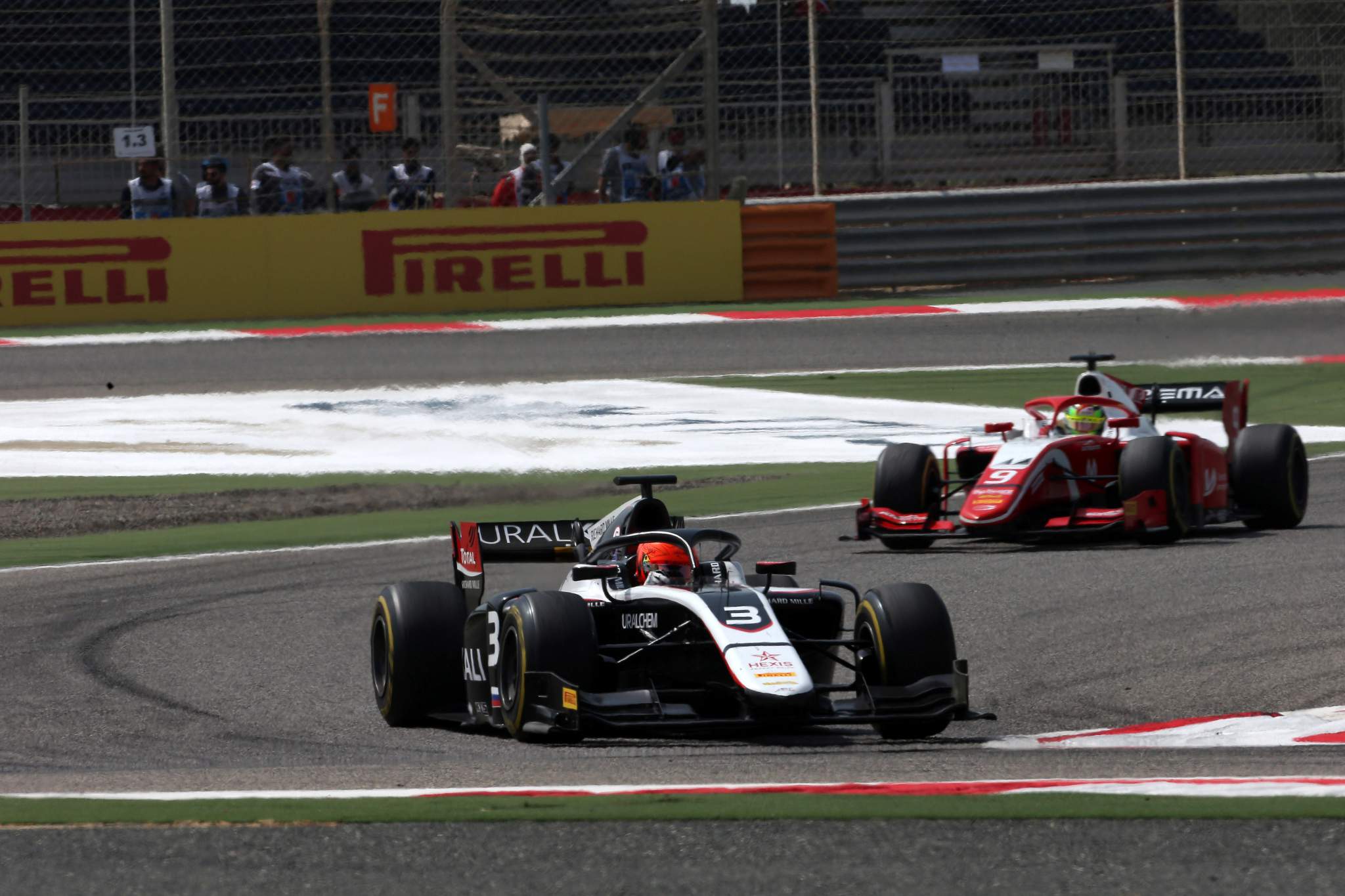 Mick Schumacher is nowhere near Formula 2’s current fastest driver over one lap (that would be Callum Ilott or Yuki Tsunoda) and he might not be its best racer either (his team-mate Robert Shwartzman is perhaps a stronger shout there), but he’s adept enough in both departments making a title run possible. And an F2 title run as early as your second season is pretty much proof that you’re good enough for F1.

But will “good enough for F1” be good enough for a Schumacher? Your casual observer is unlikely to know that Mick has tended to need a season or more to get up to speed in each junior category, or that he’s never been quite in the same echelon as your Charles Leclercs and Lando Norrises. After all, how can he not be? He’s Michael Schumacher’s son.

As Bruno Senna – another driver who was unquestionably “good enough for F1” – showed, surname-based good will can turn to backlash if you take too long to deliver. And though Schumacher will be favourite to prevail against a (seemingly underrated) fellow rookie in Nikita Mazepin, he risks being tagged as a disappointment early on if he does not. And the worry there is, Mazepin has more F1 preparation, and their qualifying head-to-head in F2 this year is just 6-5 in Schumacher’s favour.

None of that is to say Schumacher shouldn’t be on the 2021 grid. He should – he’s done enough. And his past record suggests that, as long as he gets enough time in F1, he’s quite likely to blossom into a formidable grand prix driver. 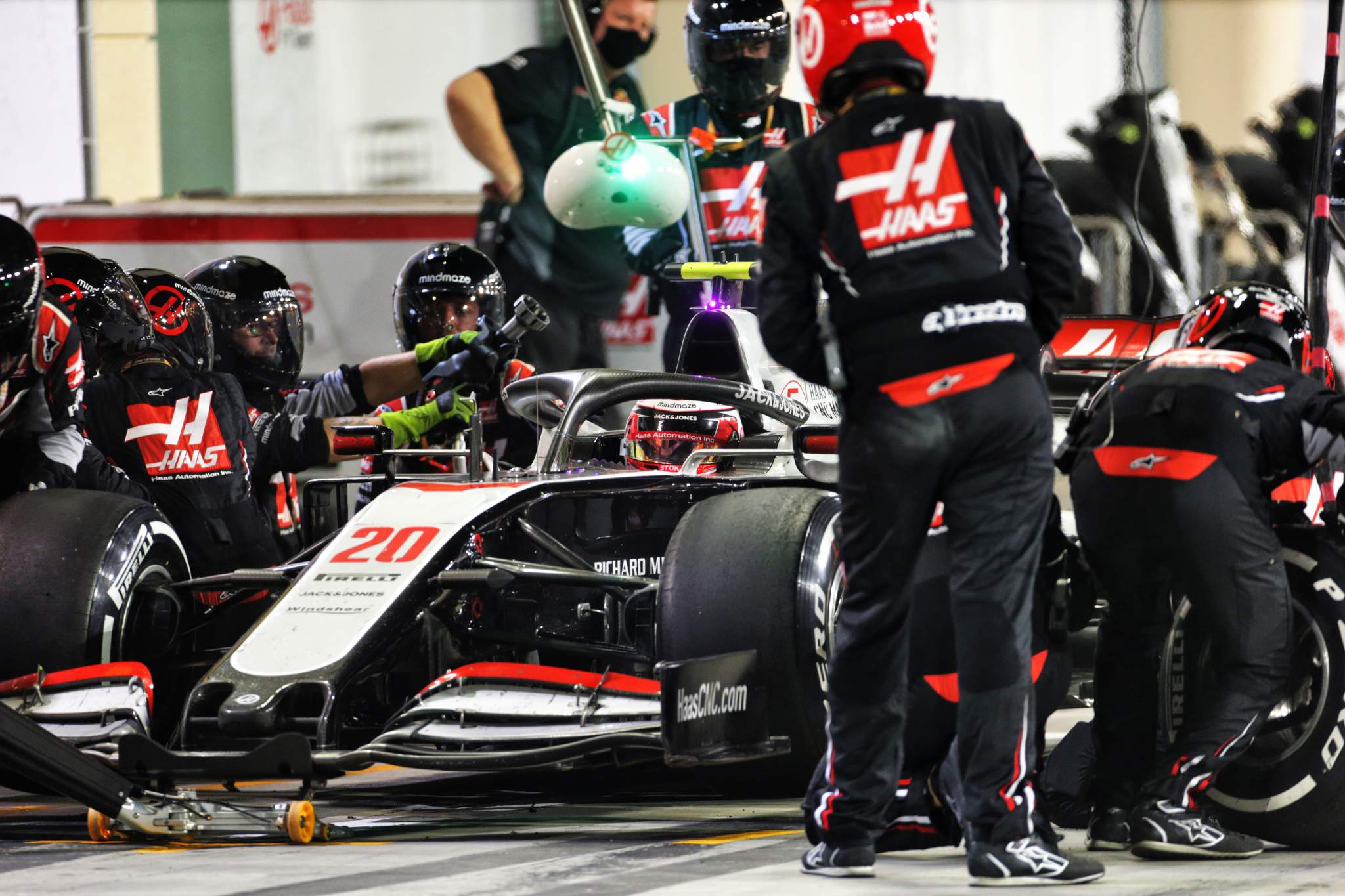 With little room to improve next year for Haas, it makes 2021 the perfect scenario for Schumacher to graduate into. Expectations will be low from a lame duck season where Haas won’t want to waste its limited financial resources on a one-year car. The new rules coming in for 2022 are the target here and that’s just perfect for Schumacher.

Make no mistake – he’ll be under pressure thanks to his CV and that glorious surname – but that’s nothing new for him. For every benefit his surname has given, it’s been matched by the downside of extra pressure or inappropriate lines of questioning about his father’s condition etc. He’s come out, head held high, during all of that. Dignified and strong.

The fact he faces a team-mate who is unlikely to beat him – even if Nikita Mazepin will be thirsty to prove his doubters wrong – makes this even better for Schumacher.

It’s a perfect storm for a first year in F1 for him. It will be 2022 when we can make a real assessment of if Schumacher is good enough at this level, but he’s earned the right to try and prove it. 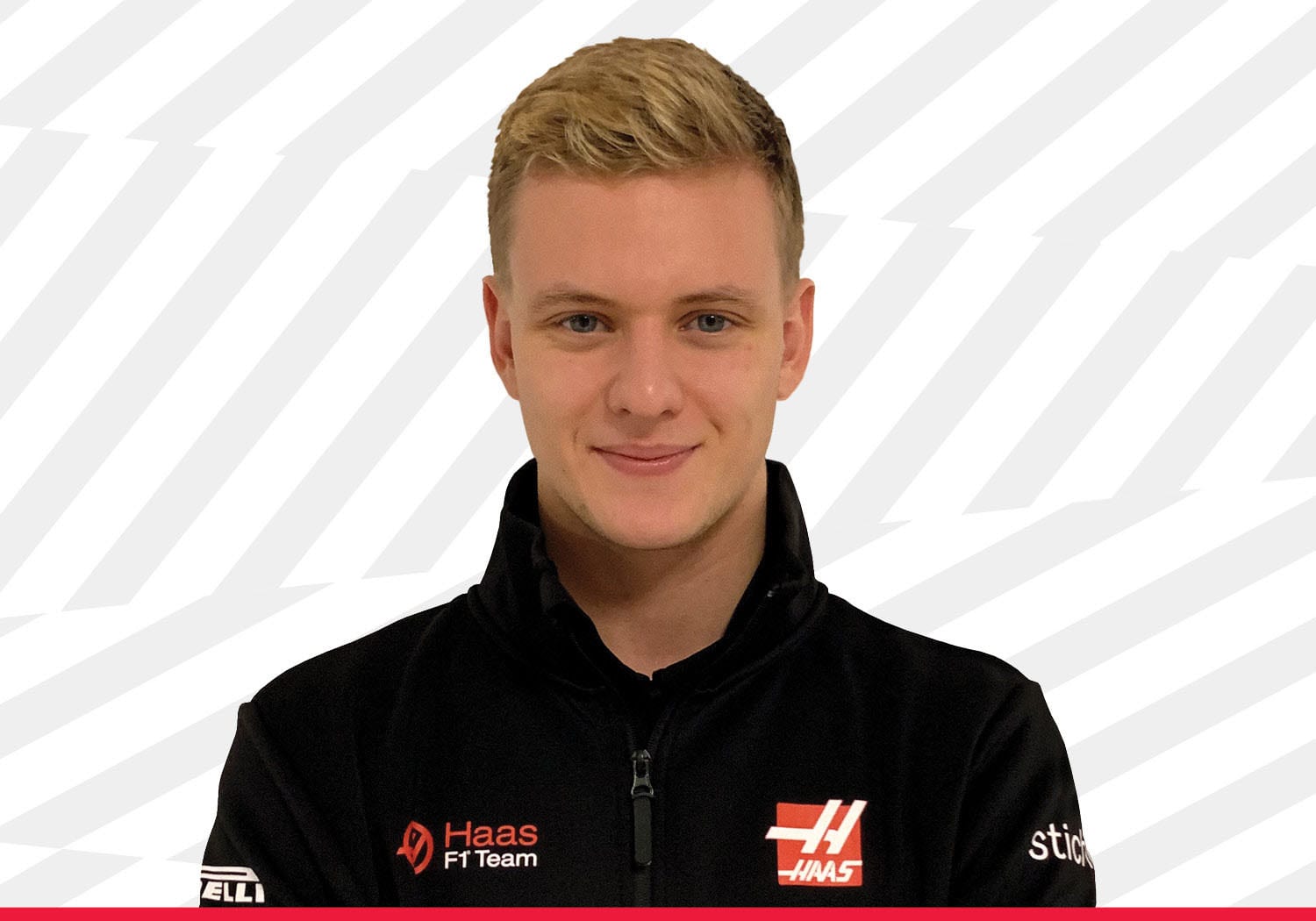