Alfa Romeo took a 1-2 in the opening round of the 2020 F1 Esports Pro Series at Bahrain headed by the night’s top points scorer Jarno Opmeer, while Ferrari’s reigning champion David Tonizza claimed victory in Vietnam.

Renault’s Nicolas Longuet took pole position in qualifying at Bahrain, just ahead of Marcel Kiefer in second and Daniel Bereznay in third in a session where the top seven drivers were separated by less than a tenth of a second.

Tonizza started the race in 12th place, one position ahead of two-time champion Brendon Leigh.

The two drivers who started on the second row, Bereznay and Joni Tormala, opted to begin the race on the soft tyres as drivers weren’t bound by parc ferme rules regarding their starting tyres.

The softer rubber gave Bereznay a good start and he was able to get alongside Longuet into Turn 1 in the fight for first, a battle which carried on until Turn 4 when Bereznay dove to the inside to take first place. 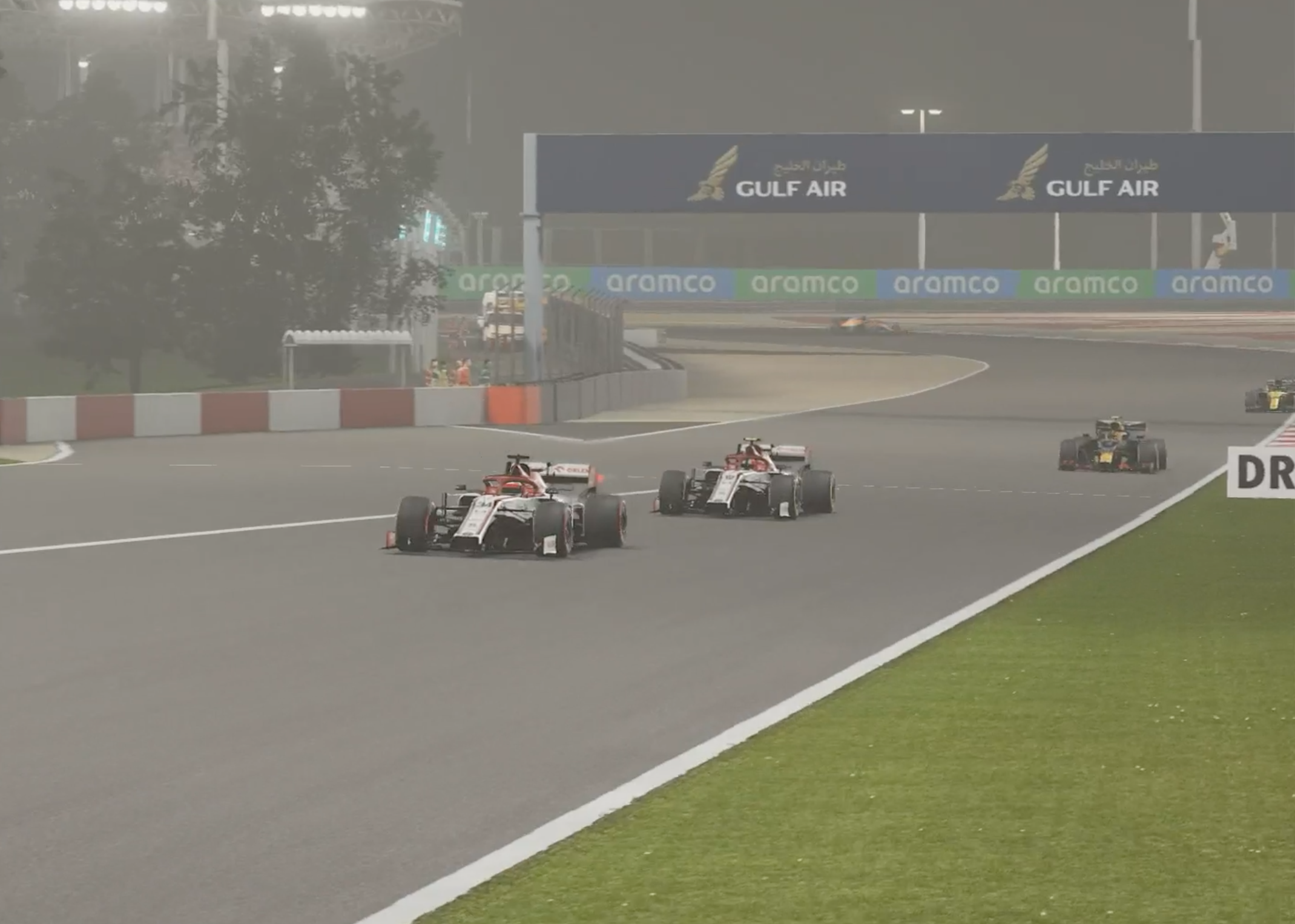 Both drivers ran wide which meant Tormala took the race lead after sticking to the apex of the corner, with Bereznay in second having overtaken Longuet, who dropped behind Kiefer and into fourth.

A quarter of the way into the race Bereznay slipstreamed past Tormala down the start/finish straight for first place.

Tormala re-took the lead by pitting two laps earlier than Bereznay for the medium tyres, a positional advantage he held only temporarily.

However the pair eventually came under threat by those who started on the medium tyres, the leader of those being Jarno Opmeer who undercut Kiefer and Longuet by a lap with the switch to softs to get in front.

With three laps to go Opmeer caught up to the back of Tormala, pulled alongside him and took the inside line for the first corner to take second.

That same DRS-aided move was repeated a lap later to put Opmeer ahead of his Alfa Romeo team-mate, which gave the team a 1-2 finish in the first race of the 2020 F1 Esports Pro Series.

"Who ever called him just the hotlapper?!"@jarno_opmeer gets himself in the lead of the first #F1Esports Pro Series race 😲😲

Tormala’s worn medium tyres meant he dropped to fifth place before the chequered flag was waved, behind both Kiefer and Longuet.

The 2019 runner up, Red Bull’s Frederik Rasmussen, finished one position further up than he started and just ahead of Leigh in seventh who recovered from a poor qualifying session.

Vietnam’s Hanoi circuit hosted the second race of the day with Longuet the fastest in qualifying again, although his best lap was deleted due to track limits so he started the race from fifth place.

Opmeer inherited pole position therefore as he was three thousandths of a second faster than Ferrari’s Tonizza. 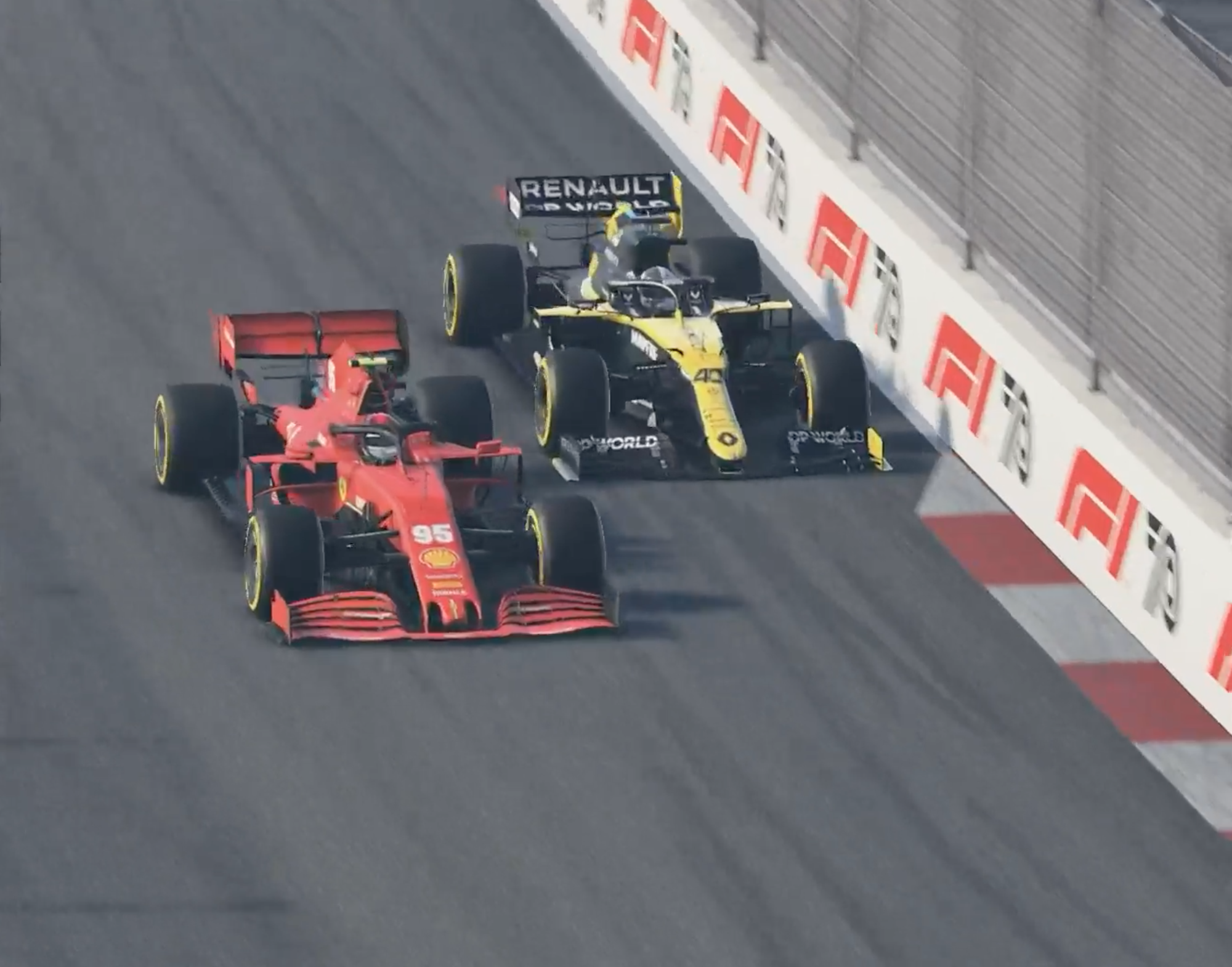 Tonizza got a better launch off the line though and had the inside line into Turn 1 to take first place away from the Bahrain race winner.

Longuet quickly moved up to third as he benefited from Rasmussen, who qualified in third, starting the race on the medium tyres whilst most of the other front runners started on the softer compound.

Down the long back straight between Turns 10 and 11 Opmeer slipstreamed past Tonizza to re-take the lead of the race, before Tonizza returned the favour two laps later.

Opmeer defended hard though which meant the two drivers banged wheels whilst rounding the hairpin, slowing down the Alfa Romeo driver’s exit from the corner and letting Longuet get ahead of him.

Two places lost in the space of a couple of corners!

As both drivers made their one and only pit stop on the same lap, strategy wasn’t a deciding factor in the race winner.

In the final few laps the top two kept swapping positions on the long run down to Turn 11.

At the start of the final lap Longuet was in first, but Tonizza used DRS and slipstreamed to pull alongside Longuet into the hairpin.

On the exit of the corner Longuet was still alongside Tonizza, but the Ferrari driver had the inside line for Turn 12 and forced Longuet out wide to end the battle.

Tonizza took the win just ahead of Longuet with the other Renault driver of Fabrizio Donoso crossing the line in third, but time penalties demoted him to eighth position.

🏁WOW! It's @David_Tonizza who takes the #F1Esports chequered flag in Hanoi 🏁

Here's that thrilling last #F1Esports lap for you 😲😲

Wow – what did you think of that?? pic.twitter.com/N7hhJssRoh

That meant Opmeer took a podium finish for the second race in a row, one position ahead of Brendon Leigh.

Rasmussen’s contrary tyre strategy led to him falling down to ninth place before the pit stops, but a few overtakes in the second phase of the race and Donoso’s penalty meant he ended the encounter around the Hanoi circuit in fifth and just in front of his team-mate Kiefer.

The third race of the 2020 F1 Esports Pro Series, drivers will take on the Shanghai International circuit, with qualifying and the race both being shown live on October 15. 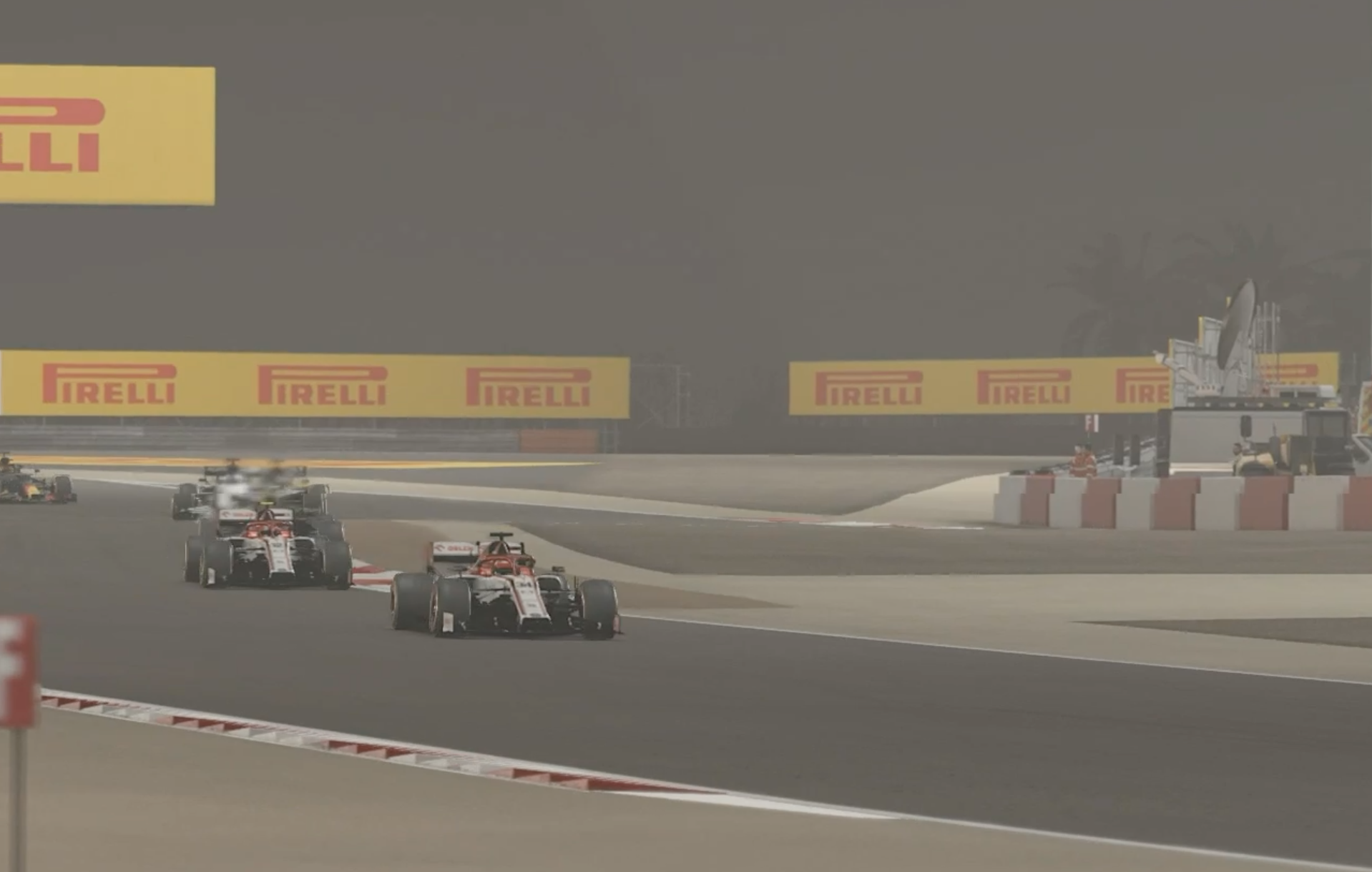