Alpine Formula 1 driver Esteban Ocon has received a reprimand for a failure to follow post-race procedure in the aftermath of his maiden grand prix win in Hungary.

Ocon, who saw off a stern challenge from Sebastian Vettel to claim victory in a wet-to-dry Hungarian GP, was summoned to see the FIA stewards in the aftermath of the race. 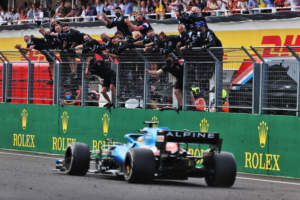 The summons made reference to an “alleged not following race director’s instruction (document 38)”, with the document in question outlining the “post-race interview and podium ceremony procedures”.

The stewards’ verdict has now elaborated on the exact instruction that Ocon failed to obey.

“Race director’s note for the post-race procedure requires drivers who finish the race in the top three positions to return to pit lane and stop at the boards showing their positions located in front of the Race Control tower,” the stewards wrote.

“Ocon, who finished in first place, failed to do so and parked his car on the track near the end of the pit lane. 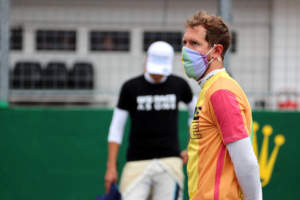 “During the hearing Ocon explained that he missed the pit entry and figured that the best place to stop would be close to the pit exit. He apologised and confirmed to be more careful next time.

“The stewards do not assess this as a breach of parc ferme regulations. Ocon did not follow the RD’s [race director’s] instructions however and therefore a penalty as stated above is appropriate.”

The reprimand is Ocon’s first for the season, and accruing three would result in a grid penalty. However, only one “non-driving” reprimand – which this is – can count towards that tally.