Alfa Romeo will use a new Ferrari clutch at the French Grand Prix designed to improve its compromised race starts in Formula 1 this season.

The Ferrari customer team has been particularly vocal about an issue with vibrations in the initial clutch as it has suffered the most obvious setbacks.

Valtteri Bottas has summarised the problem as “oscillation that comes from the clutch itself and then the way the torque goes to the rear wheels is not consistent”.

However, it is also something that is known to have impacted the works Ferrari team, which has generally had slightly worse starts than Red Bull and Mercedes this season.

Ferrari has been developing a new clutch in response to this. It is not yet clear if it will be used across all three Ferrari teams but Bottas revealed on Thursday at Paul Ricard that Alfa Romeo has it this weekend.

“We will try it out in the practice for the first time but it is something that Ferrari has been working on for quite some time,” said Bottas.

“And now finally, we have some new bits for the clutch that should prevent the oscillations.

“It’s been quite a big compromise.

“We tend to lose positions on average at the start and that’s not great because the midfield is so tight that once you drop behind somebody, then you’re stuck for like 20 laps and it doesn’t make your life any easier.

Ferrari driver Carlos Sainz couldn’t be drawn on whether Ferrari was running the new clutch but did acknowledge the problem.

“Yeah, we’ve identified an issue on our car this year that is not allowing us to perform the starts that we were doing last year,” Sainz said.

“Probably it’s affecting our fellow engine team-mates. But we know where the problem lies in.

“We’re keeping it very private. We don’t speak a lot about it because it’s not like in every start, we are falling back or anything. But it’s probably not the best start that we can get with this car. And hopefully, we will keep improving it through the year and into next year.” 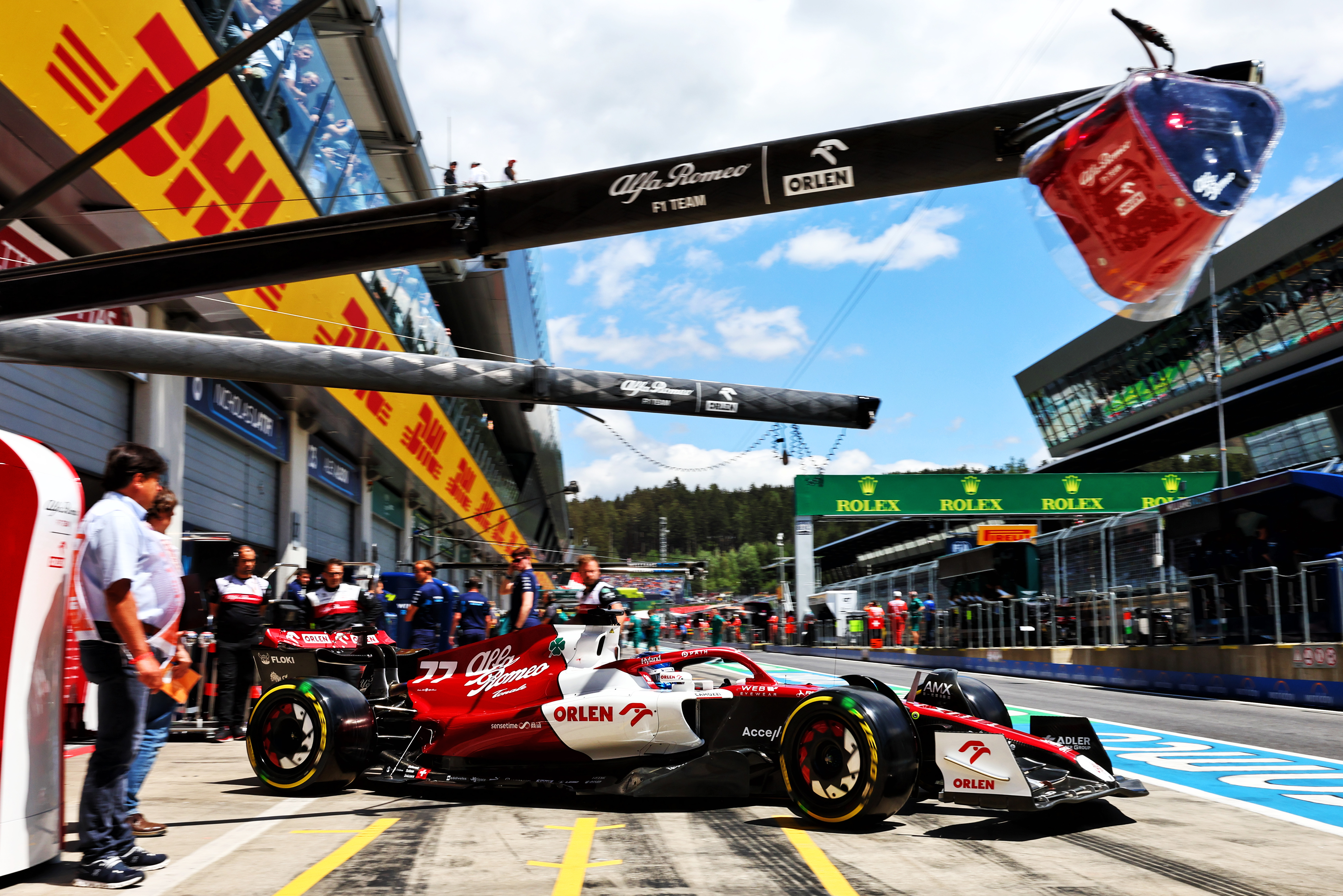 Alfa Romeo made it clear early in the season that there would not be an immediate fix for the underlying problem with the clutch and that the drivers would have to try to manage it as best as possible in the interim.

One reason its drivers may have been affected particularly badly is to do with hardware related to the start procedure that the teams are responsible for, like the steering wheel and clutch paddle design.

Bottas says the problem has been most apparent at tracks with less grip as more slip on the clutch creates more of these oscillations.

“That gives inconsistency of how it bites and you get away,” Bottas said on Thursday at Paul Ricard explaining the problem.

“On tracks with more grip, it has been less of an issue because we can go a bit deeper with the clutch and there’s less oscillation.

“Also, in the beginning of the year we were lacking a bit on the hardware side of things, like the way the clutch paddles were shaped and everything was quite different to what I was used to at Mercedes.

“So, we had to work quite a bit on that. But now the consistency in terms of the hardware is getting there.”