Mercedes not as quick as Red Bull, confused by low-fuel work - The Race
Skip to content
Formula 1

Mercedes not as quick as Red Bull, confused by low-fuel work

Mercedes has admitted it was not as quick as Red Bull on long-run pace in Formula 1 testing and is confused by the work it conducted on lower fuel too.

Red Bull ended the three-day pre-season test in Bahrain quickest with Max Verstappen, while Mercedes’ world champion Lewis Hamilton was over a second slower after several runs late on the final day with softer tyres.

Though the extent of the gap is likely to be explained by fuel load differences and potentially engine settings too, Mercedes trackside engineering director Andrew Shovlin has admitted that Mercedes did lower-fuel work and was not satisfied with the outcome. 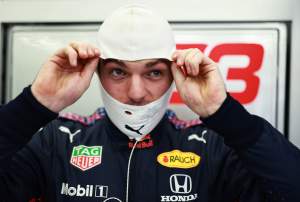 Hamilton also had another spin on Sunday to add to the one on Saturday that left him beached in the gravel.

Mercedes did at least have a productive final day, as it worked to recover from the early setback suffered by a day-one gearbox problem.

Valtteri Bottas claimed on Saturday that the W12’s rear end was “snappy and unforgiving”, and though Mercedes felt some progress had been made on that score its post-test debrief painted a relatively bleak picture.

“We’ve made a bit of progress with the balance on higher fuel and the car was more predictable but we can see from the data we’ve collected over the last few days that on race pace, we’re not as quick as Red Bull,” Shovlin admitted.

“The lower fuel work was a more confusing picture, we didn’t gain enough and we need to go and look at our approach as far too many cars were ahead of us on pace today.”

Mercedes has often eschewed performance running in testing and even overcome setbacks at times to still emerge as the dominant force in each of the last seven seasons.

Back in 2019 a late testing breakthrough allowed it to rapidly overturn a genuine performance deficit to Ferrari. 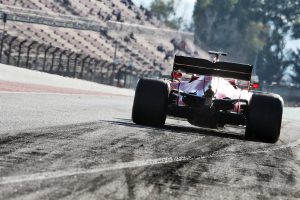 Can testing times really be trusted after 2019?
Read more

However, Shovlin cautioned: “We’ve had issues in recent years with pace in winter testing and managed to make good progress before the first race but we may have our work cut out this time.

“We’ve not got long before we’re back here for the race so we’ve planned a programme of work to try and understand some of our issues and will be leaving no stone unturned in our efforts to find some more speed over the next 10 days.”

Bottas’s final morning in the car was spent doing long-run set-up work, while Hamilton completed the test with a mix of long-run and qualifying work.

Hamilton had stated earlier on Sunday he felt Red Bull would be a “different animal” in 2021.

After his final day he said: “Today we made some improvements but it’s still not where we want to be.

“I can’t pick out any one area, it just feels globally through the lap that we need to improve.”

Bottas added: “I’m still not entirely comfortable but we’ve been moving forward and getting better.

“Time is even more limited now with the recent changes but our recovery from the first day has been very good.

“I don’t think the package is quite there yet in terms of performance but I have no doubt it will be.”