The Mercedes team’s overwhelming one-lap advantage was maintained in what was the first pole shoot-out since the introduction of the new engine mode ban, but qualifying was livened up by queues of cars and track position jostling due to the perceived high reward from getting a slipstream.

Both Hamilton and team-mate Bottas had enough of a pace advantage not to bother chasing a slipstream, and settled a Mercedes-exclusive pole battle in clean air.

Hamilton led Bottas by just half a tenth after the opening attempts of Q3, and though Bottas briefly jumped ahead with a second try of 1m18.956s, Hamilton then restored the status quo with a 1m18.887s to secure pole position.

McLaren driver Carlos Sainz Jr and Racing Point’s Sergio Perez had joined the two Mercedes cars in the top four in Q1 and Q2, and did so again in the final segment, Sainz edging Perez with a late improvement but trailing pole-sitter Hamilton by eight-tenths of a second. 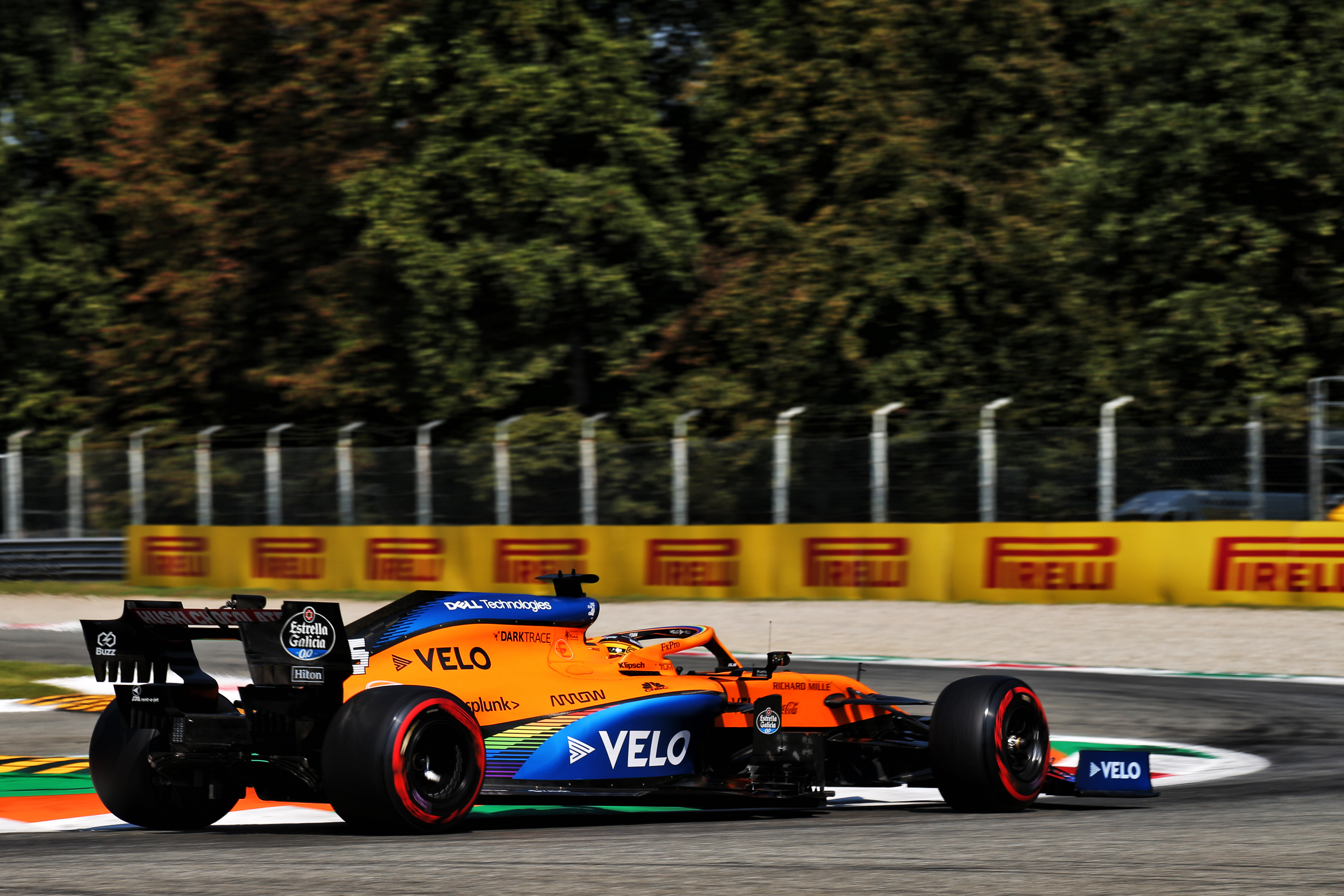 The lead Red Bull of Max Verstappen had a low-key session and placed only fifth, but was still four places up on team-mate Alex Albon – who was previously the slowest driver to advance from both Q1 and Q2, escaping elimination by three-hundredths and a tenth of a second respectively.

Lando Norris’ sixth-place meant both McLarens beat the works cars of its engine supplier Renault, which had Daniel Ricciardo in seventh and Esteban Ocon in 12th as the RS20 failed to live up to its reputation of low-downforce mastery.

Racing Point’s Lance Stroll and AlphaTauri’s Pierre Gasly were either side of Albon in eighth and 10th, Gasly being AlphaTauri’s only representative in Q3 after Daniil Kvyat had to settle for 11th.

In what was a painful home grand prix qualifying for Ferrari as its two cars failed to make Q3 for the second weekend in a row, Charles Leclerc led the Scuderia’s efforts in 13th, telling the team it was “the best I can do”.

Leclerc’s team-mate Sebastian Vettel suffered his first Q1 elimination of the season as he got caught up in a group of backmarkers jostling for position and failing to get sufficiently spread out to allow each other clean flying laps. 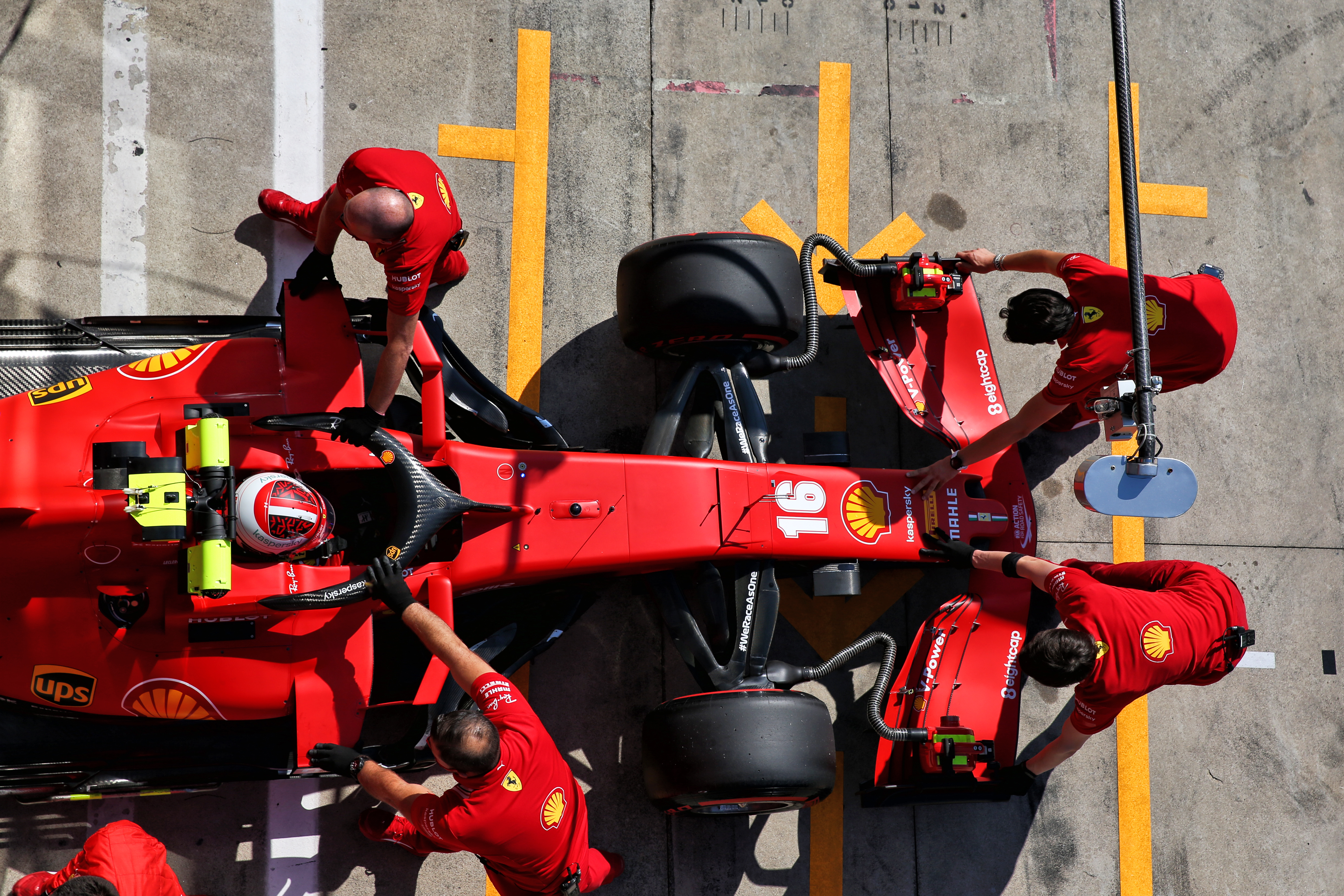 Ocon and Raikkonen were at the head of that pack, with the former incensing the latter by driving defensively in and out of the first chicane, but both managed to make it through, unlike the drivers stuck behind them. However, the situation is under investigation by the stewards.

Vettel wound up 17th, behind Haas driver Romain Grosjean and ahead of the second Alfa of Antonio Giovinazzi, with none of the cars in the Q1 drop zone managing to improve in the final minutes of the segment.

Giovinazzi and Grosjean’s respective team-mates Kimi Raikkonen and Kevin Magnussen had escaped the first segment, but went no further than 14th and 15th respectively, the latter going into the gravel at Lesmo 2 on what should’ve been his fastest Q2 lap.

The Williams cars of George Russell and Nicholas Latifi will complete the grid, an exasperated Russell outqualifying Latifi for the eighth consecutive time but telling his team that they “need to be capitalising on these fuck-ups, not the ones in the fuck-up”.